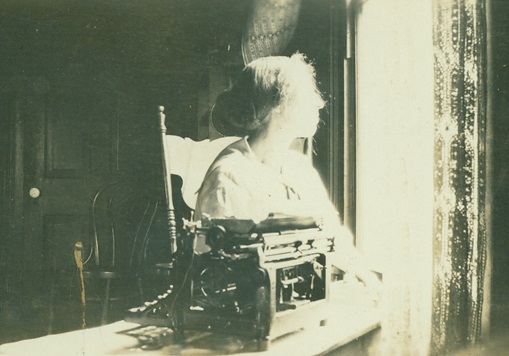 Lola Ridge at her typewriter. Below, her typescript of "Firehead". 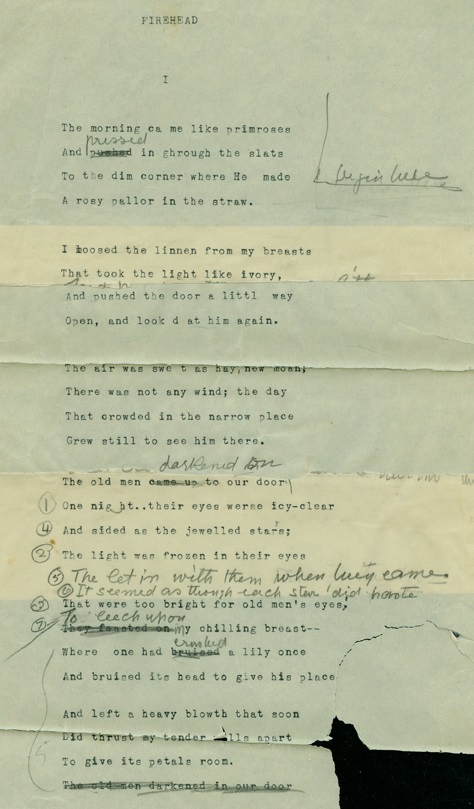 The West Coast, my home district in New Zealand, was where the great American anarcho-feminist poet, writer and artist Rose Emily “Lola” Ridge nurtured her astonishing range of skills. Ridge, born at Dolphin’s Barn in Dublin, Ireland, on this day (December 19) in 1873, spent 27 of the first 30 years of her life on the goldfields of the West Coast, having arrived there with her mother Emma Ridge as a three-year-old. She moved to Sydney with Emma in November 1903 and, after her mother’s death, to San Francisco and Greenwich Village in New York in 1907. From 1918 until her death from pulmonary tuberculosis in Brooklyn on May 19, 1941, Lola Ridge was one of America’s best known and most critically acclaimed poets. 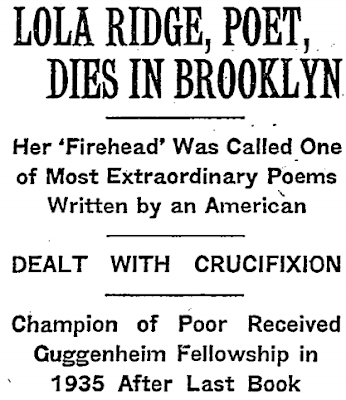 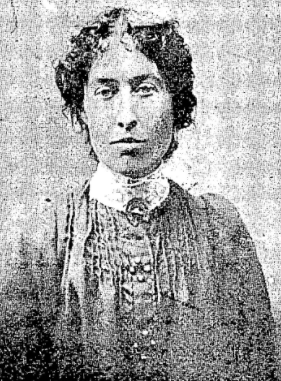 New Zealand Illustrated Magazine, March 1903
After marrying an alcoholic West Coast gold miner and having two sons, the first of whom died in infancy, Lola Ridge turned her attentions to writing and illustrating at the age of 27. Her first published short story, “The Trial of Ruth”, appeared in the August 1903 edition of The New Zealand Illustrated Magazine. Lola also provided the finely detailed drawings which accompanied the story. 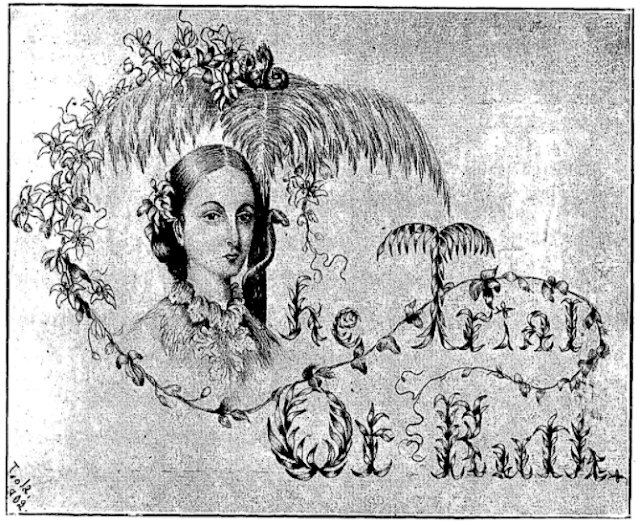 “The Trial of Ruth” is a thinly-disguised autobiographical piece, about an educated, refined woman called Ruth Dove who marries a drunkard, a “common digger” and “fourteen stone of irresponsibility”. Lola described Ruth as “small, and pale, and quiet”, with “smooth dark brown hair brushed straight back”. A portrait of Lola, taken by Greymouth photographer James Ring, had appeared in the March edition of Illustrated Magazine, accompanying a brief profile of Ridge (“now preparing some short stories and also a volume of verses for publication in book form”). The gravure image clearly shows a woman identical to the word picture Ridge later drew of Ruth Dove. Ruth was married to Paul Sullivan, who in real life was Ridge’s wine-sodden, “common digger” husband, Hau Hau-born Peter Sanderson Webster (1870-1946). “The Trial of Ruth” is set in Kitonga Valley and Jacob’s Flat, fictional place names which represent Hokitika and Kanieri Forks. 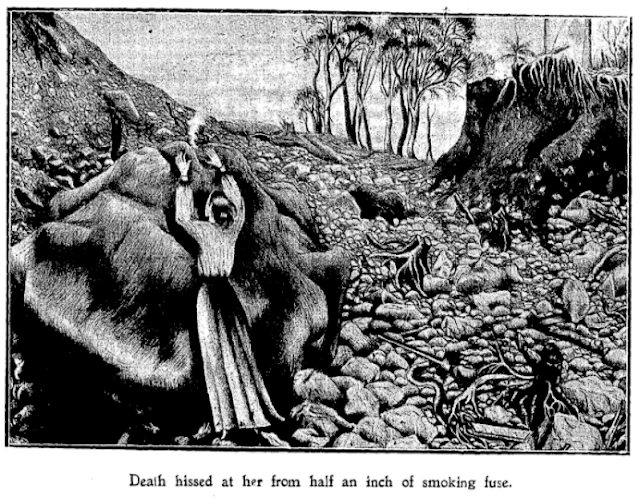 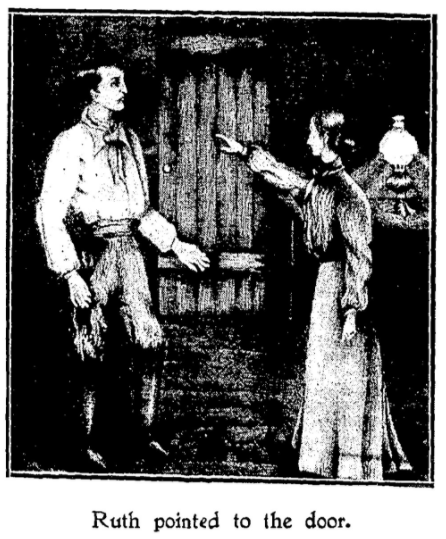 Lola had Ruth as a favourite with the “swearing sex” and was cutting about her being surrounded by settlers’ daughters, the other “society ladies” of Kitonga Valley – one was described as “a wide mass of girl, with a ridiculous post of a nose sunk in a paddock of face”. Lola’s story comes across as a cry for escape from the social confines of Hokitika.
No “settler” herself, Emily Ridge was a single mother, listing herself as a widow, when she arrived in Hokitika from Dublin. Three years later, in 1880, she married a Scottish miner, Donald McFarlane. In 1895 her then 21-year-old daughter, calling herself Rosalie Ridge and listing her occupation as painter, married Webster. The young couple settled in a two-room hut at Kanieri Forks, where Webster was a shareholder in the Lemain and Party sluicing claim. A son, Paul, was born a year later, but died at 12 days of bronchitis. Lola’s second son, Keith, was born in 1900. Between the two births, Lola continued her Trinity College (London) musical studies at St Columbkille’s Sisters of Mercy Convent in Hokitika, gaining intermediate honours in 1898. Below, the convent in 1900: 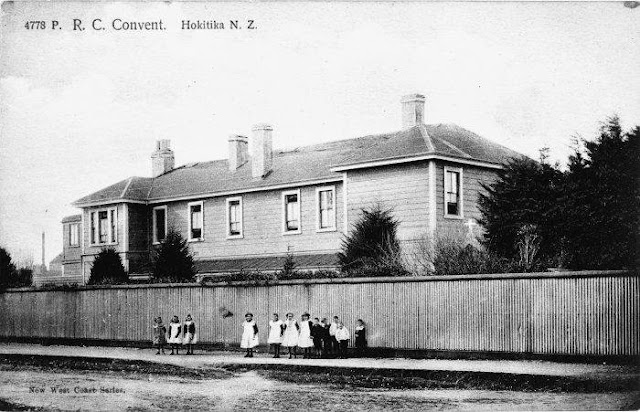 But writing and drawing gradually took precedence, and in 1901 the first of more than 30 of Lola’s poems to appear in The Bulletin in Sydney was published. “A Deserted Diggings, Maoriland” was signed simply “Lola” – it was her first use of this pen name. It ended:
Where are ye now, old comrades?
Past alarms,
Past lust of gold or gilt!
The sinews of a nation
In your arms,
Out of your strength and folly
A Nation ye have built!

The next year Lola had her first poems published in New Zealand, by the Otago Witness and by the Illustrated Magazine. The second of these is titled “Lake Kanieri” and began:
Blue veined and dimpling, dappled in the sun
Lies Lake Kanieri, like a timid child
Wide eyed, close clinging to the spacious skirts
Of old Tuhua, that big, brawny nurse,
On whose broad lap I lie. No need to serve,
Or suffer, or regret: it seems life holds
No future and no past for me but this
Sun-lighted mountain and the brooding bush;
Nor art, nor history, nor written page
Could touch me now. It is enough to be,
And feel the slow and rhythmic pulse of Earth
Beat under me; and see the low, red sun
Lean on the massive shoulders of the range.
0 lone, heroic, melancholy Hills!

A photo the English crime writer Agatha Christie took of Lake Kanieri in July 1922. Christie described it as “one of the most beautiful places I have ever seen … mountains all around it and the dense bush down to the water’s edge.” It was a claim Christie was to repeat in an autobiography written toward the end of her life (she died in 1976). 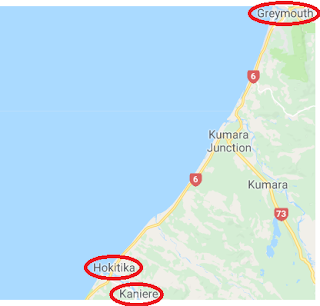 Although “The Trail of Ruth” ends on a positive note, with Ruth Dove rejecting the advances of Paul Sullivan’s partner Harry Dunn, saving her husband from being killed by Dunn and setting out to restore their marriage, less than three months after the story’s publication Lola left Webster, and Hokitika, for good. She and her mother (who left her husband in the Seaview mental hospital), along with the three-year-old Keith Webster, settled in North Sydney. As well as continuing to write poetry (insisting that her married name of Webster not be used), Lola was studying art and paying for her lessons by working at the Julian Ashton Art School at The Rocks. Julian Rossi Ashton (1851-1942) was an English-born artist and teacher who emigrated to Melbourne in 1878 under contract to David Syme's Illustrated Australian News, before moving to Sydney. He established the Art School in 1890 and its selection committee included Norman Lindsay. 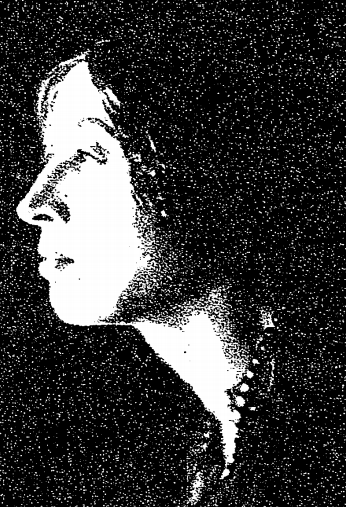 The New York Times, 1927
Emma Ridge died, aged 74, of acute gastroenteritis and cardiac failure at Ellis’ Coffee Palace on King Street in Sydney on August 2, 1907, freeing her daughter to travel further afield with her son. By the following March Lola was contributing to Overland Monthly in San Francisco, while still sending poems back to Australia and New Zealand. It was her first contribution to the New Republic, “The Ghetto” in 1918, an imagist sequence about the Hester Street Jewish community of the Lower East Side of New York, that established Lola’s reputation as one of the leading American poets. During a lecture tour of the Midwest in 1919, she spoke in Chicago on “Woman and the Creative Will”, rejecting arguments of biological essentialism and exposing how socially constructed gender roles hinder female development. “Woman is not and never has been man’s natural inferior,” Ridge said. Later that year, Lola, aged 46, married a second time, although she was never divorced from Webster. This time she took on a kindred spirit, Scottish-born engineer, writer and radical David Lawson (born Charles Whipple, 1886-1980). Lola was almost 12½ years his senior, but was soon bringing her birth date forward, taking eight years off her age in a 1924 US passport application made with Lawson. 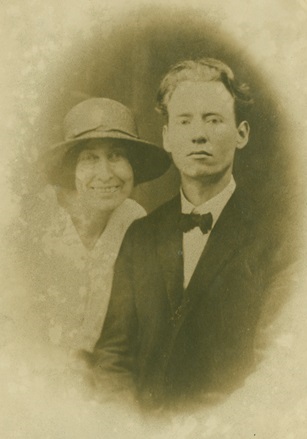 The 1924 passport photo of Lola and Lawson.
Lola Ridge’s high US reputation has been largely restored in the 21st Century, with biographies and other books published extolling her genius, her ground-breaking poetry and her consistent stand on major issues of equality and justice. Most of these works, however, have offered only passing (and often very inaccurate) references to her many years in Hokitika and Sydney. Academics and biographers have also, in the main, seen these as times of deprivation and hardship, and as Lola living an early life which honed her later deep empathy for the poor, disadvantaged and underprivileged of America. Such comments reflect a gross ignorance of life in urban Australian and country New Zealand at the turn of the last century. Lola’s years in Kanieri and Hokitika were doubtless often tough and quite lonely, but would not have been without some comfort and rewards. These included, in time, opportunities and outlets for her to express her artistic abilities. In Sydney, what’s more, she attended an art school of the very highest standard, hardly a sign of her own deprivation. Wherever she lived, Lola Ridge always found a way to support herself, to travel freely and be independent and independently-minded. This enabled her to express herself fully, mostly in poetry that was, even in the first half of the 20th Century, regarded as being well ahead of its time. 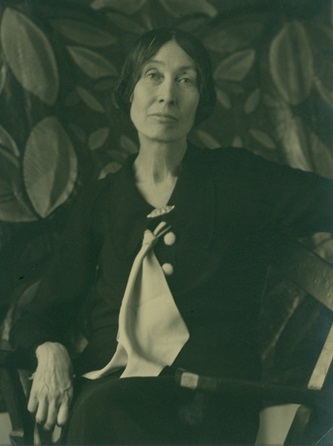 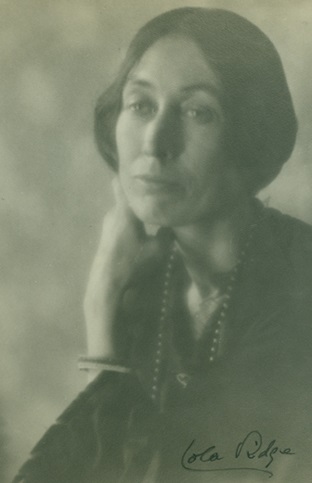 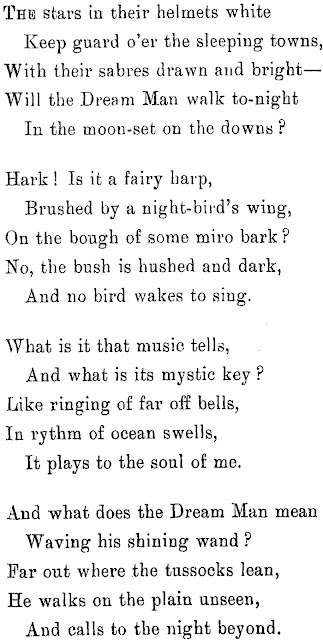 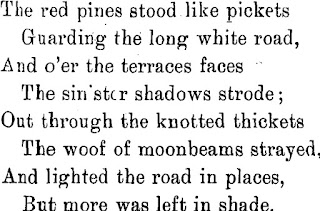 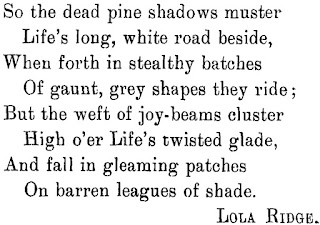 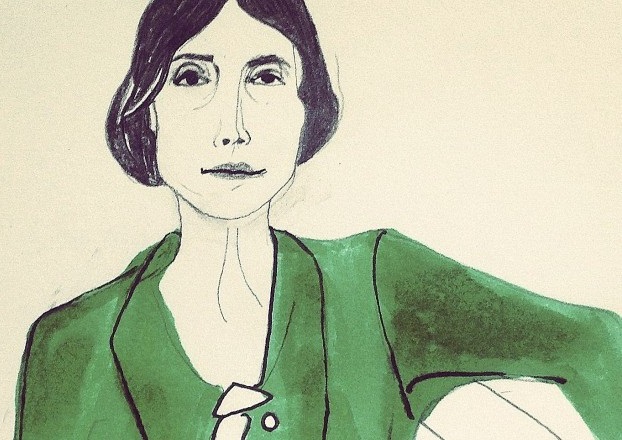 Posted by Robert Messenger at 16:06 3 comments: