Please comment with any more suggestions.
Posted by Robert Messenger at 14:54 10 comments: 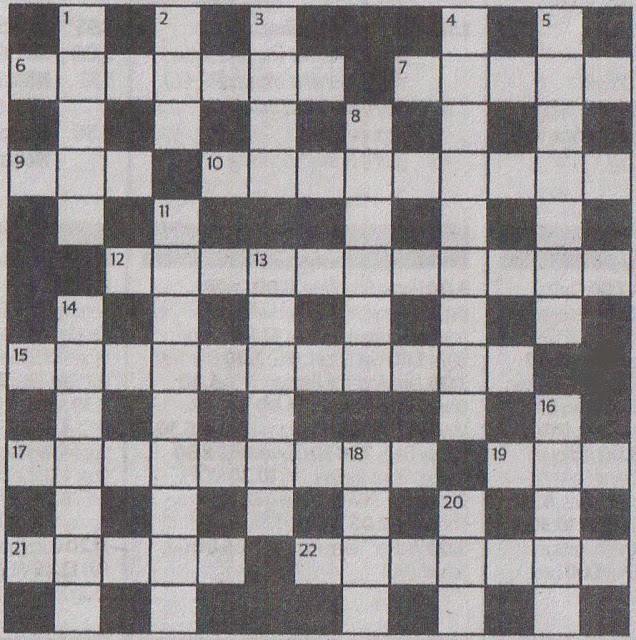 CLUES
ACROSS:
6. These wonderful little portable typewriters were made in Groton, New York (plural, 6 letters).
7. French typewriters, featured in the movie Populaire (plural, 5 letters).9. A typeslug is attached to the end of it, a type... (3 letters).10. Earliest typewriter company, once owned by Wyckoff, Seamans & Benedict (9 letters).12. ETCetera magazine has, since October 1987, - - - of typewriter collectors worldwide (3 words, 3, 3, 5 letters).15. and 19. Considered the first portable typewriter, a single type element machine which was decades ahead of its time (14 letters, 11 and 3).17. If the word average of speed typists was judged according to five-stroke words, what did one letter constitute? (2 words, 3 and 6 letters).21. During World War II, German typewriter designers were designated as this by the US Patent Office (5 letters).22. Fastest typist in the pre-war era, using Underwood and Royal standard-size manual typewriters, Albert - (7 letters).

DOWN:
1. Typewriter company founded by Ed Hess and Lewis Myers in Brooklyn in 1904 (5 letters).2. In the days when newspaper reporters used typewriters, their copy was set in - type (3 letters).3. What you carry your typewriter in, its - (4 letters).4. Typewriters create difficulties when it comes to shipping them, because they are a - - (2 words, 5 and 4 letters).5. Underwood 5s and Olivetti Lettera 22s are - in terms of typewriter quality and design (7 letters).8. Shift 6 on your typewriter keyboard provided you with under... (plural, 6 letters)11. The home city, in England's East Midlands, of the Imperial Typewriter Company (9 letters).13. There are a great many of these when it comes to the origin of the QWERTY keyboard configuration (singular, 6 letters).14. In the earliest days of typing, you did this when using a machine with the carriage placed over the top of the circular typebasket, type - (7 letters).16. What Richard Polt still does for a Sphinx typewriter (it remains at the top of his wish list, http://site.xavier.edu/polt/typewriters/tw-10mw.html) (5 letters).18. The book cover features a typewriter and it's called "Great Men Die Twice: A Fitting Tribute to Mark - " (4 letters).20. Ted Munk's exhaustive and authoritative Typewriter Database provides, through serial numbers, an accurate guide to the - of your typewriter (3 letters). 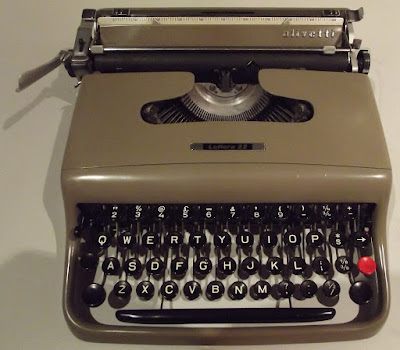 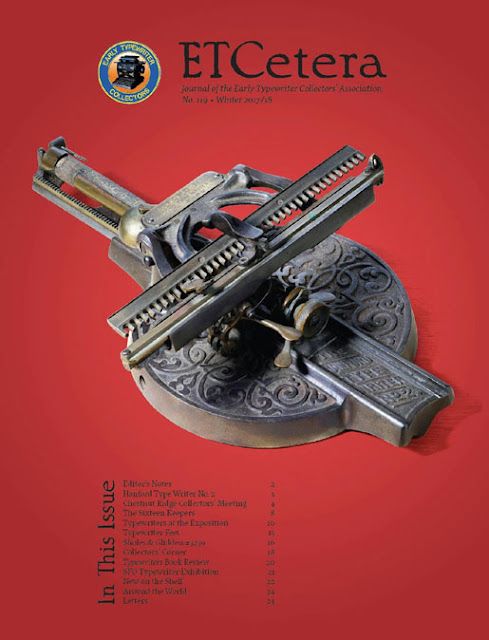 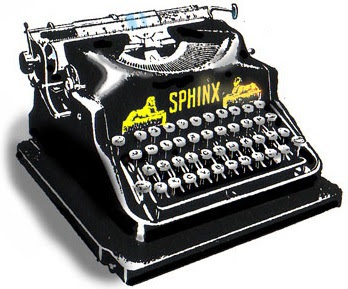 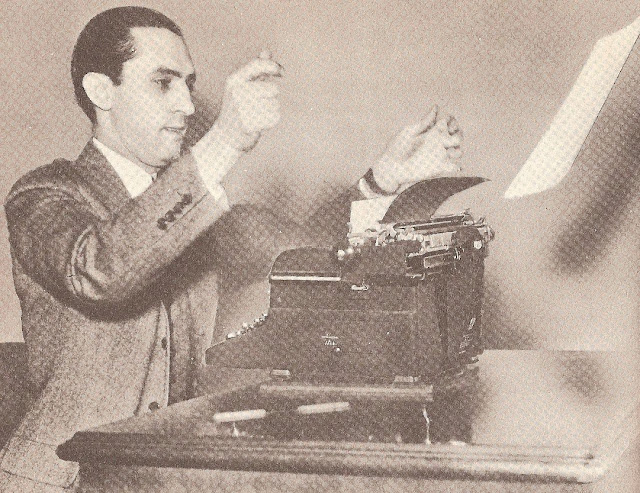 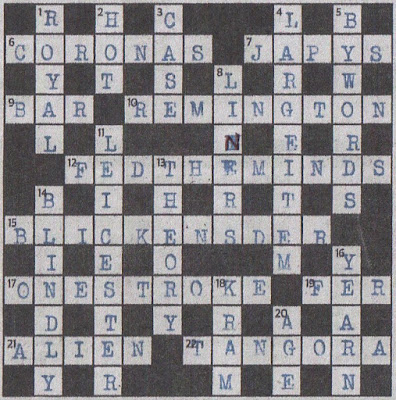 Posted by Robert Messenger at 15:54 No comments: