The Queen is Dead, Long Live the King’s Typewriter 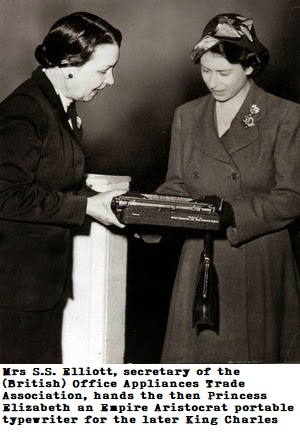 My dear friend Gary McGill, originally from Dillmanstown outside Kumara, was, I believe, the only male born in New Zealand on the same day that King Charles III entered the world. Gary still has a typewriter. I wonder if Charles still has his? 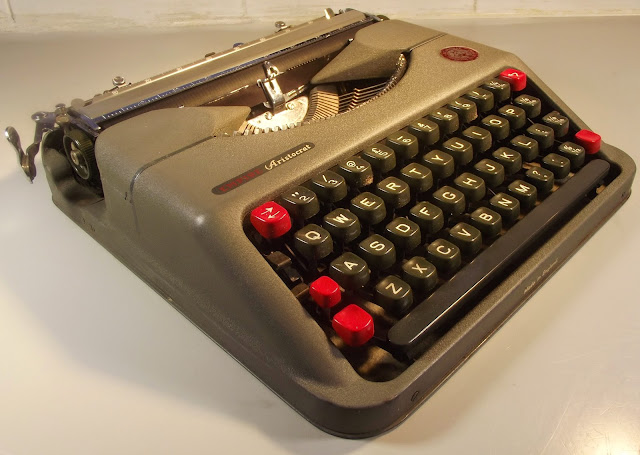 Charles got his typewriter on May 5, 1949, nine days before he turned six months old. It was given to his mother, then Princess Elizabeth, at the British Industries Fair at Olympia in London. The typewriter is an Empire Aristocrat with 18-carat gold key rings and typebars (which Gary’s doesn’t have). The Aristocrat was presented to the future Queen by a Mrs S.S. Elliott, secretary of the Office Appliances Trade Association. Future British Prime Minister Harold Wilson, as president of the Board of Trade, had welcomed the princess, her husband, mother and sister to the fair.

Mrs Elliott told Elizabeth, “We thought that perhaps Prince Charles might begin to learn his alphabet from the keyboard.” “What a good idea,” replied Elizabeth. 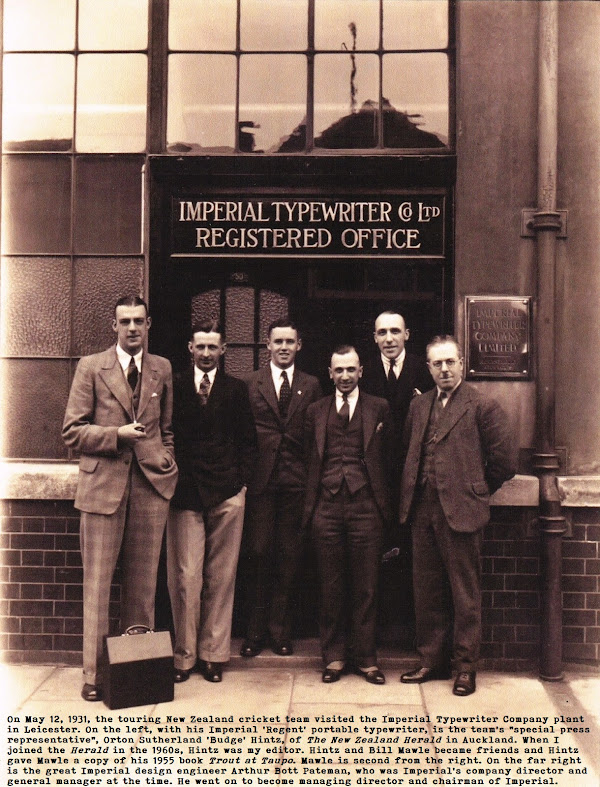 The Empire Aristocrat was made by Bill Mawle’s company, British Typewriters, in West Bromwich. It was from this plant, originally established as George Salter’s Spring Works, that in 1878 the West Bromwich Albion football club emerged, out of the company’s cricket team. In 1935 Mawle, a World War I flying ace (and later Group Captain Mawle OBE DFC), was sales manager for the Imperial Typewriter Company in Leicester. He was sent to a trade show in Switzerland and there spotted a new slimline portable typewriter, later to become famous as the Hermes Baby. Mawle bought the British rights to the design for £3000 and returned to Britain to begin manufacturing at the then abandoned Sattler factory. Mawle’s company, later known as Empire Typewriters, was sold to the American typewriter concern L.C. Smith Corona in 1962.
Posted by Robert Messenger at 14:33

Budge with his suit, his pipe, his hand nonchalantly in his pocket, and his carefully parted, brylcreemed hair, does look terribly dapper!