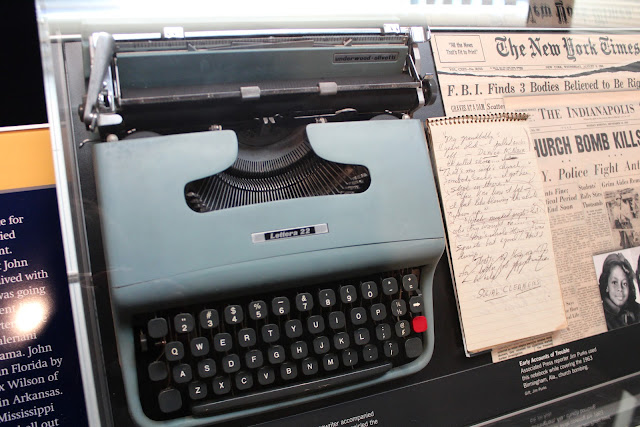 "During his six years covering the South, he wore out four portable Olivetti typewriters." - The Washington Post, March 10, 2015.
Claude Sitton's Olivetti Lettera 22 portable typewriter was on display in FBI exhibition called "G-Men and Journalists" at Newseum on Pennsylvania Avenue in Washington DC a few years ago. Underneath it were the words, "1960s 'Laptop': This well-traveled Olivetti portable typewriter accompanied New York Times reporter Claude Sitton as he chronicled the civil rights era." Now (starting as of yesterday), The New York Times is featuring Sitton's photographs in a series based on a book titled Unseen: Unpublished Black History From the New York Times Archives, to be published by Black Dog & Leventhal in the northern fall. 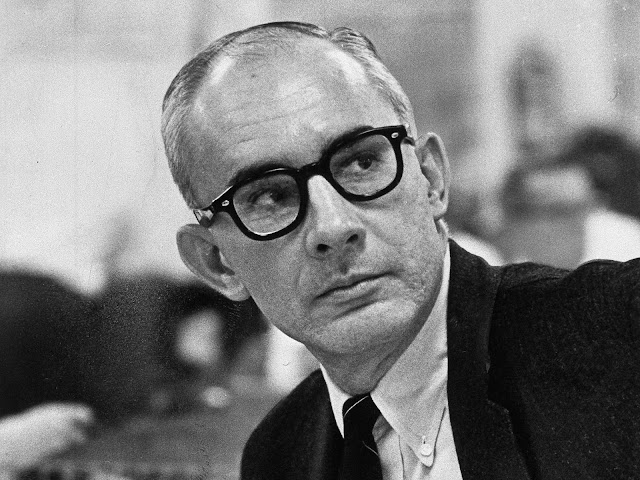 The newspaper says, "the renowned New York Times correspondent shot photos and took meticulous notes, exposing the racial violence with his pen [sic] and with his lens. Mr Sitton is best known for his words. But the typewritten letters that he sent, along with his film, to John Dugan, a Times photo editor, reveal that he was also determined to capture history with his camera. He carried a Leica, according to one of his sons, and wrote about light and shadows and underexposed frames. He lamented the gloom inside a crowded black church and the time constraints he faced as he scrambled to report the news and illustrate it at the same time. 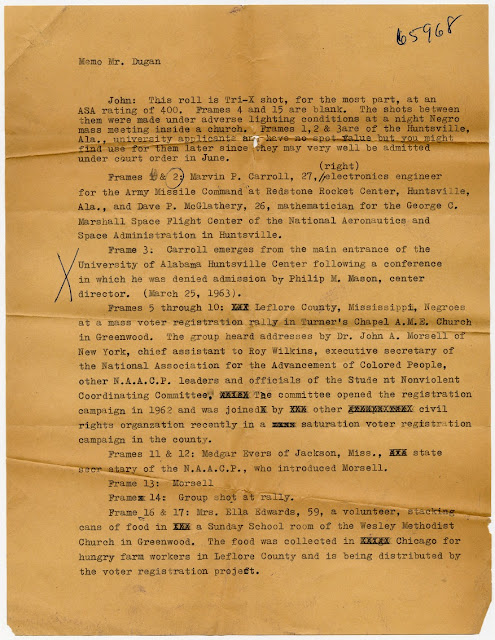 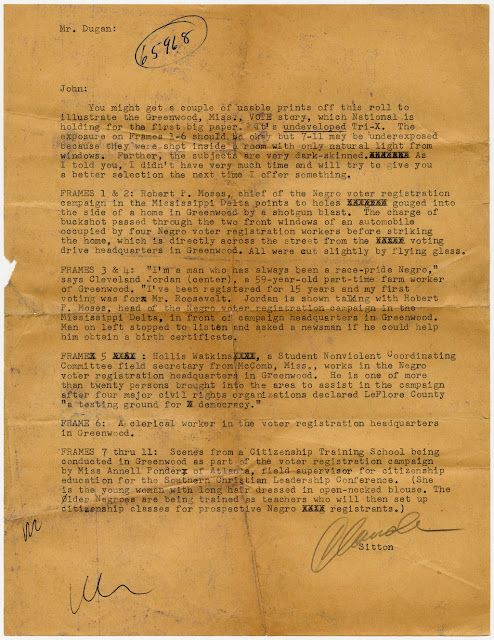 Notes addressed to Dugan accompanied film Sitton sent from his tour through Greenwood, Mississippi, and other Southern cities.
"There is power in Sitton’s plain-spoken letters and in the black-and-white images he captured on Tri-X film in March of 1963. Shown together here for the first time - as part of a weekly series running throughout the month [of February] - they offer a first-hand glimpse of life on the front lines of the civil rights movement." 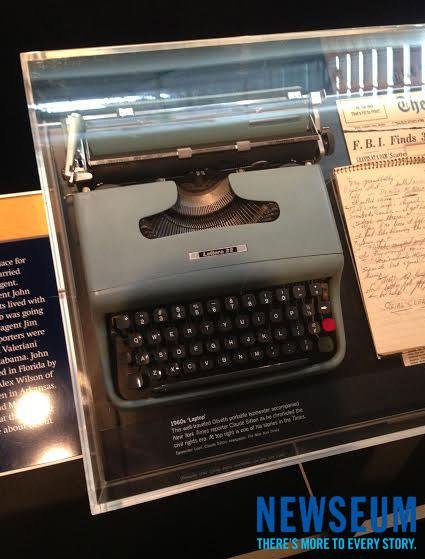 Atlanta-born Claude Fox Sitton (1925-2015) was a Pulitzer Prize-winning newspaper reporter and editor. He worked for The New York Times from 1957 to 1968, distinguishing himself by his coverage of the civil rights movement from 1958-64. He went on to become national news director of the Times in 1964 and then in 1968 editor of The News & Observer in Raleigh, North Carolina. Sitton started out with wire services, working for International News Service and United Press. He joined the United States Information Agency in 1955 as an information officer and press attaché at the American Embassy in Ghana. Sitton joined The New York Times as a copy editor in 1957. Nine months later, he was named Southern correspondent. 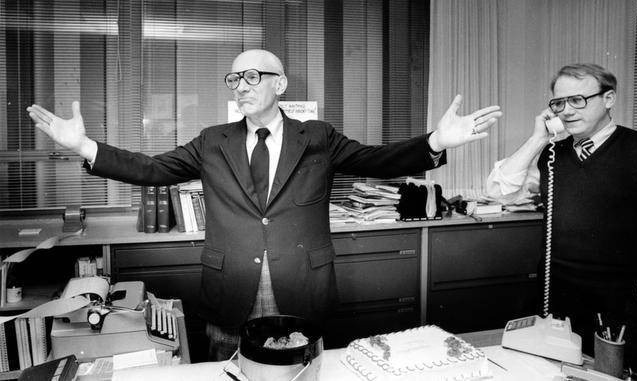 In the Pulitzer Prize-winning history of civil rights journalism, The Race Beat, authors Gene Roberts and Hank Klibanoff describe Sitton as the standard bearer for civil rights journalism. "Sitton's byline would be atop the stories that landed on the desks of three presidents," they wrote. "His phone number would be carried protectively in the wallets of the civil rights workers who saw him, and the power of his byline, as their best hope for survival."
See The New York Times story here
Posted by Robert Messenger at 16:33

The photos show a Lettera 22 instead. :P

Yes, sometimes there may be a Nice & Neat story behind a typewriter. xD

Looks like that last photo has been flipped horizontally — note the position of the carriage return lever. Unless Sitton was typing in Hebrew or Arabic!

Good reporting. I like his notes. I wonder why he did not swap out film when he was going from well lit to poorly lit or carry an exposure meter. Would have been easier to push process the film, but Tri-X had quite exposure latitude. Part of its fame as the news photographers film.