The Typewriter Art of Janet Hill

Like many people, it seems, I came across Janet Hill's art serendipitously. In my case it was while sitting in a hospital ward the other day, reading Frankie magazine to while away the time. I could see instantly that Ms Hill likes her typewriters. Janet lives in a 151-year-old home in Stratford, Ontario, 80 miles south-west of typewriter city Toronto, where Martin Howard lives. The Hill cottage was built in 1867 for men working on a hotel at a time when the town was receiving an influx of visitors through a then new railway link. Thomas Edison, at age 16, worked as a telegraph operator for the Grand Trunk Railway at Stratford's railway station in 1863. Since then much less talented people, like Justin Bieber, have lived there.
Hill is a painter and author of children's books and with her husband, John Woodward, manager of the Fanfare Books bookstore in Stratford, operates Janet Hill Studio. Most of the images on this post can be found on Etsy. 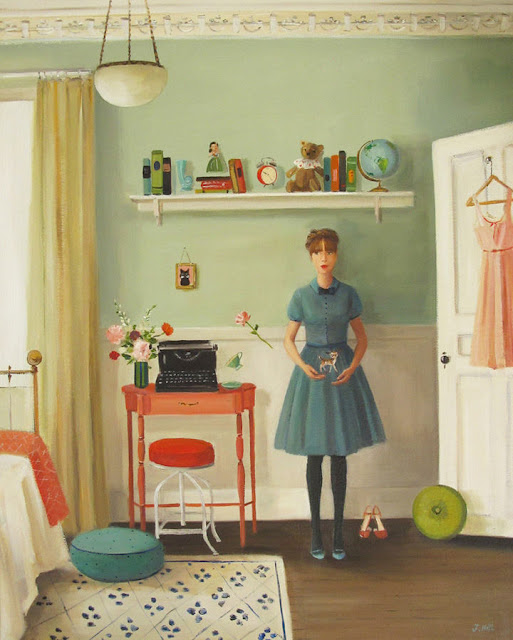 At the Ursula Academy for the Supernaturally Gifted 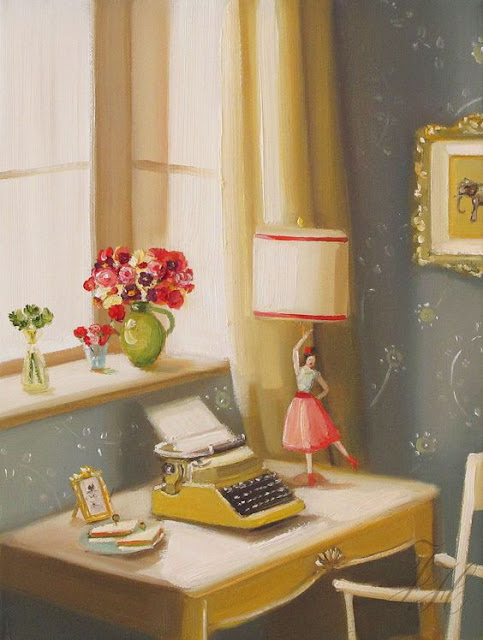 The-Elephant and the Dancing Girl 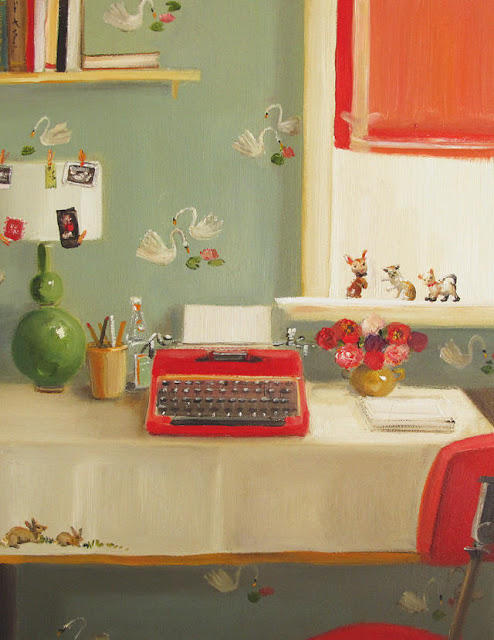 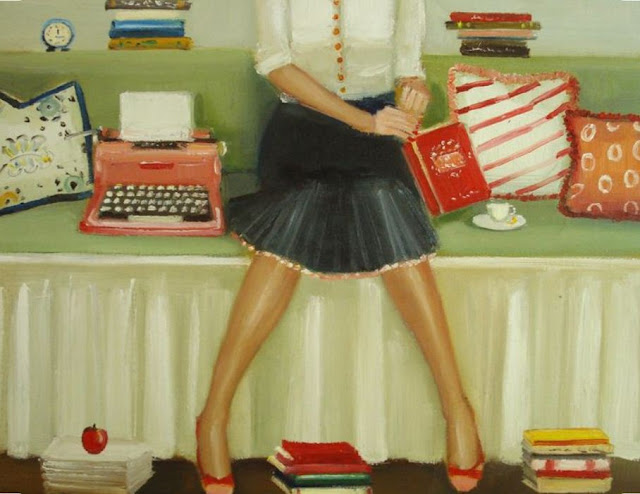 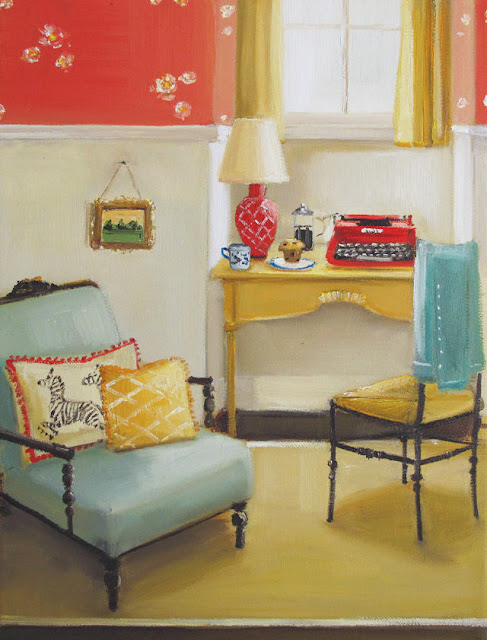 Black Coffee and a Blueberry Muffin 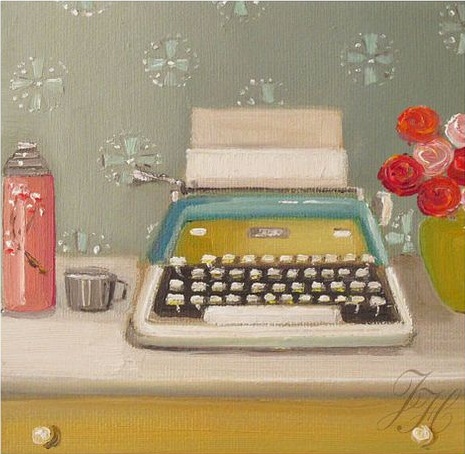 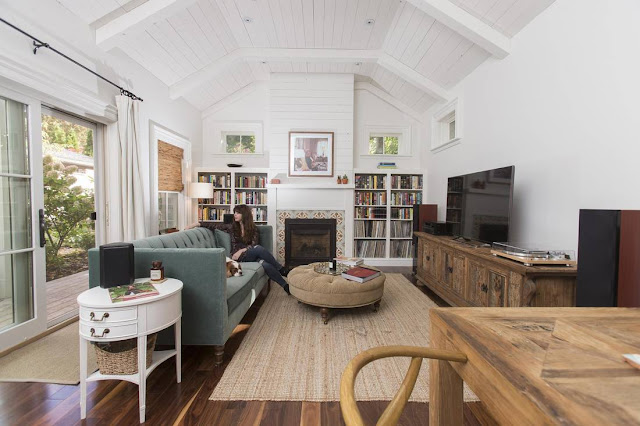 Janet Hill in here home
Posted by Robert Messenger at 09:52

Very nice typewriter art. That is also a nice living room with what looks like my kind of stereo if the turntable was in the middle of the 2 speakers instead of too close to one (causes acoustical feedback)

Sweet paintings. These typewriters create a sense of pensiveness and coziness, which of course a laptop would not.