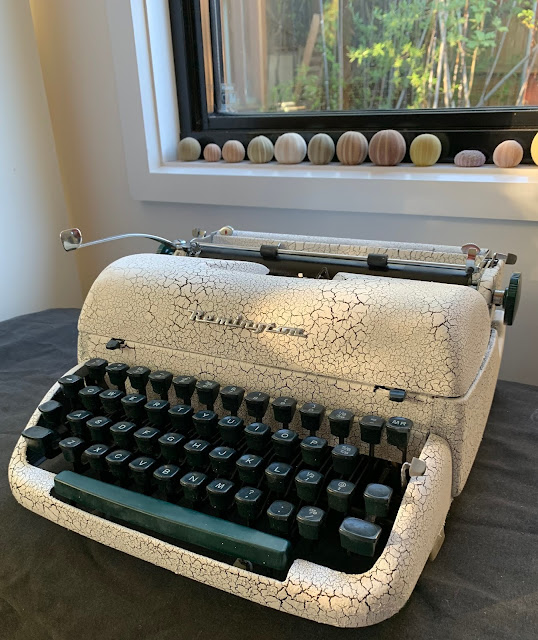 I've been experimenting with a couple of new types of spray paint (new at least to me) in the past few days. First I tried a "marble effect" paint without really knowing what I was doing. The idea with this, apparently, is to create the effect of dark veins running through white marble, but I didn't start with a light background and finished up covering all the parts in black. It didn't look too bad, actually, very much like the "crinkle" paintwork we're so familiar with, as used on typewriters from the 1930s. I was going to stick with this look and went back for another can this morning. But then I decided to change tack and try a "crackle effect" white spray. Initially it looked like a bit of a disaster, but when the paint dried and "crackled" I really liked the look. I'm calling this my "Cracklin' Remie" portable typewriter, in honour of Neil Diamond on a Cold April Night. It's what I hope will be the first of my 71st birthday presents-to-self (or maybe, just maybe, gifts from others!). 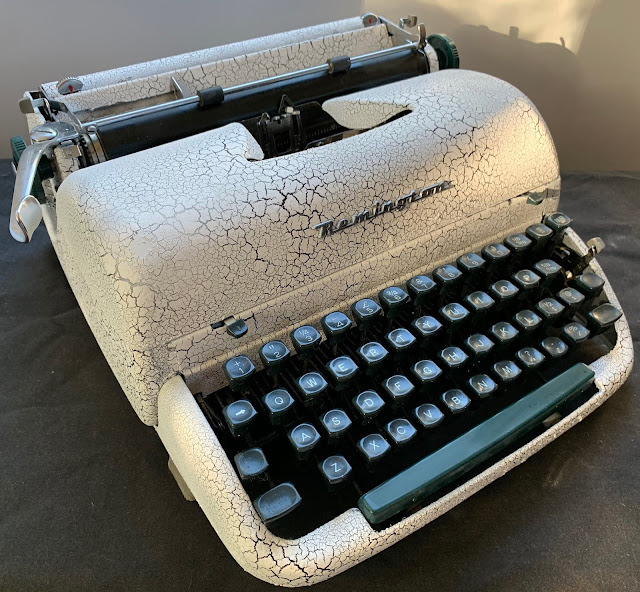 Last week I was given a Glasgow-made Remington portable by a lady who was downsizing. It had belonged to her mother. The case was in pretty good shape and with the typewriter came some spare new ribbons and the original manual. Everything showed signs of great care. At first glance the typewriter itself looked in excellent condition, very well looked after. Usually these models look a bit shabby, especially as the pale grey paintwork shows every little dirty mark, and they're impossible to clean properly. I've never yet received one that I didn't want to immediately take apart and repaint (the more so because they are so easy to take apart and put back together again).  I thought at first this one might be the exception. But on closer inspection, it wasn't to be. It needed a whole new, tidy look. And as it turns out, a very different look. 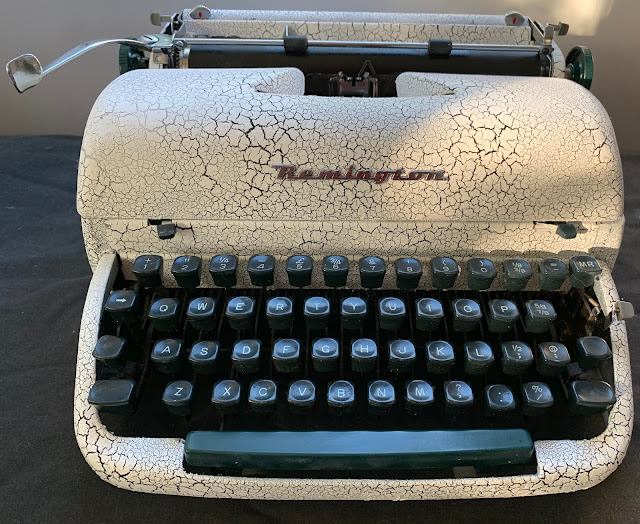 Happily I had a functioning spare parts machine, almost complete except for the mask. It came in handy, as I found I had to replace the space bar lever, which runs all the way through to the back of the machine, as well as a few other bits and pieces (I put in the space bar from the spare parts machine as well). Other than that, the machine was working perfectly, and still does in its "cracklin'" new livery. 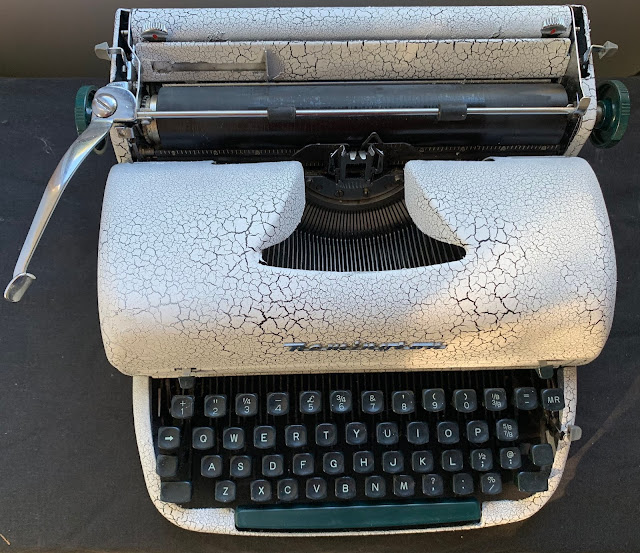 She got the way to make me happy
You and me, we go in style
Cracklin' Remie, you're a store-bought typer
You make me sing like a guitar hummin'
So hang on to me, girl
Our song keeps runnin' on 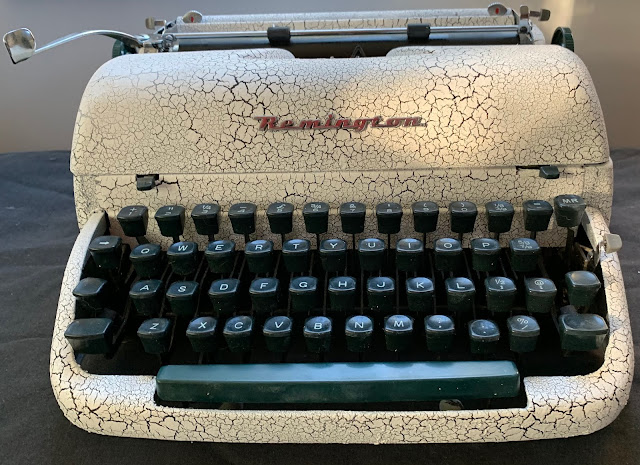 Cracklin' Remie, get on board
We're gonna ride till there ain't no more to go
Taking it slow
Lord, don't you know
Have made me a time with a old lady's typer 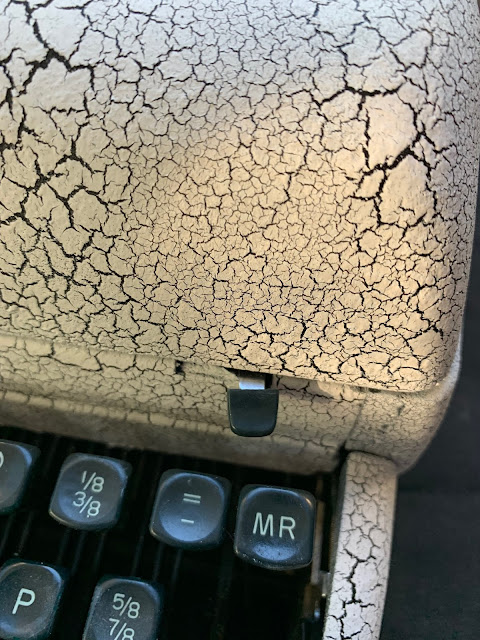 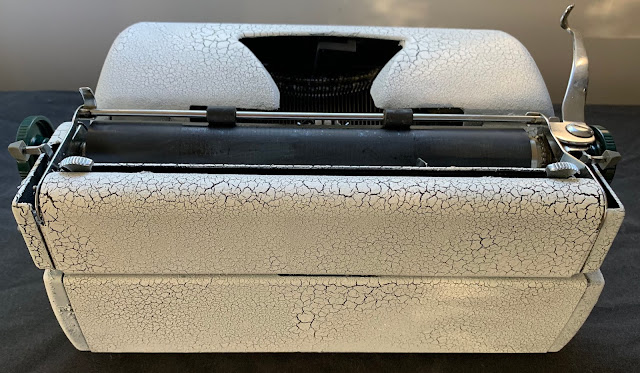 Posted by Robert Messenger at 20:33

Unique. I never saw crackle paint before. To me it looks like the different angles affects the crackle.