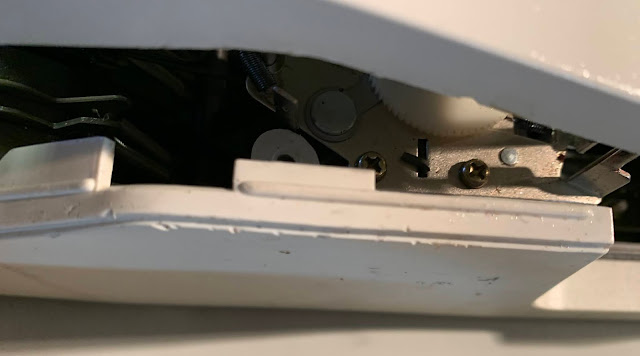 The words Ettore Sottsass used to describe the original idea for the Olivetti Valentine came to mind last week while I was servicing a bunch of el cheapo portable typewriters, in particular two Dutch-made Adler Tippas and a Brother M-1500. It was the difficulty I had getting the top plate off the Brother, in order to change the ribbon spools, that evoked Ettore. In an interview with Diego Grandi in mid-1999, Sottsass said the plan for the Valentine was “to design a machine as if it were a biro, a tool for everyday life, not a symbol of elegance and power.” When I first read these words all those years ago, my first thought was of a disposable Bic pen, and I tried to image a typewriter that, like a biro, might be chucked away when the ink ran dry. It struck me the idea behind the design of the Brother M-1500 might have been somewhat similar, in that the typewriter's owner wasn’t supposed to replace the ribbon, just throw out the typewriter and get another one. 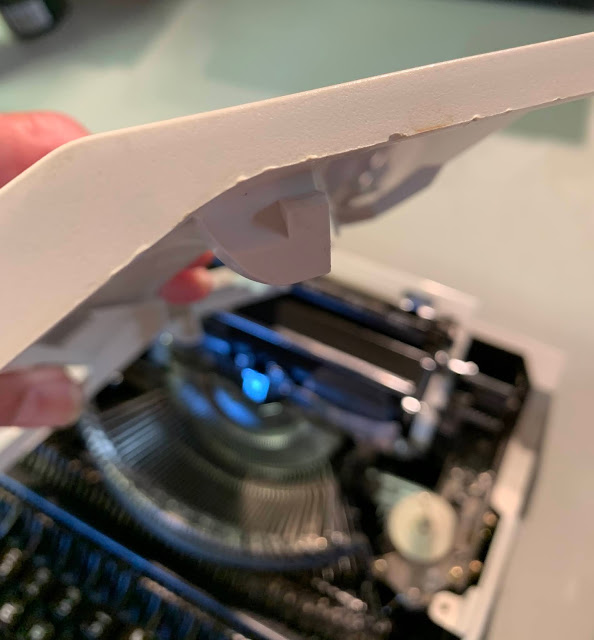 I could tell that the top plate was slotted in place and was supposed to come off, to enable access to the spools, but how? The marks along the rim of the top plate, where people had previously tried to prise the cover off using the flat end of a screwdriver, were clearly visible. The plastic had been dug into in no uncertain terms. I eventually succeeded in getting the cover off, and could tell that the grips which slotted into the main part of the frame were far too rigid. Badly designed, or a cunning ploy by Brother to achieve what Sottsass wasn’t allowed to do, produce the Bic Biro equivalent of a typewriter? 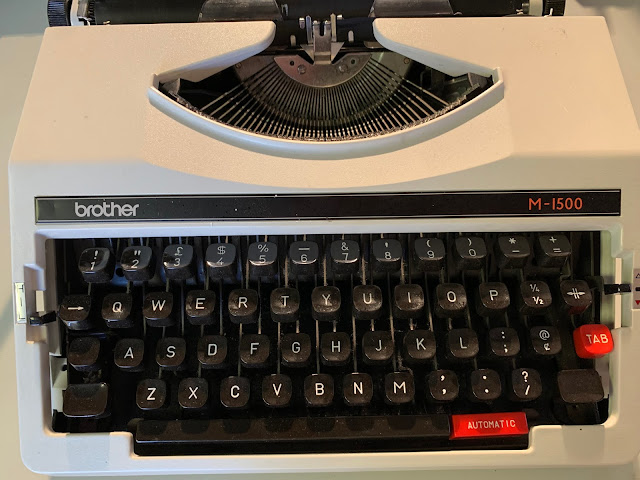 I have seen similar designs before, notably on a Chevron, as I recall. And there have been many comments on this blog from people asking, “How do I get the top off my typewriter to replace the ribbons?” I don’t think I’ve ever encountered a top plate that was so hard to shift, however. 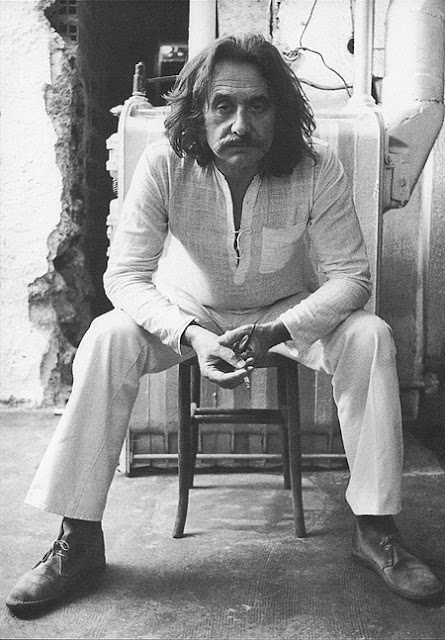 Sottsass at the time of his 1999 interview.

Sottsass, by the way, told Grandi that “the original idea was to make [the Valentine] from Moplen plastic, the kind they used for buckets [but] we made it from ABS, which cost five times more. Moplen was fine, because it was already a ‘coarse’ material. It was also slightly elastic so it could get knocked about without breaking … The result [of using ABS] was a machine whose design was silly in way because it had been conceived with a certain purpose in mind, to be popular and affordable by everyone, but it ended up being dear.” And, sadly, there’s nothing even “slightly elastic” in the Brother M-1500 top plate. 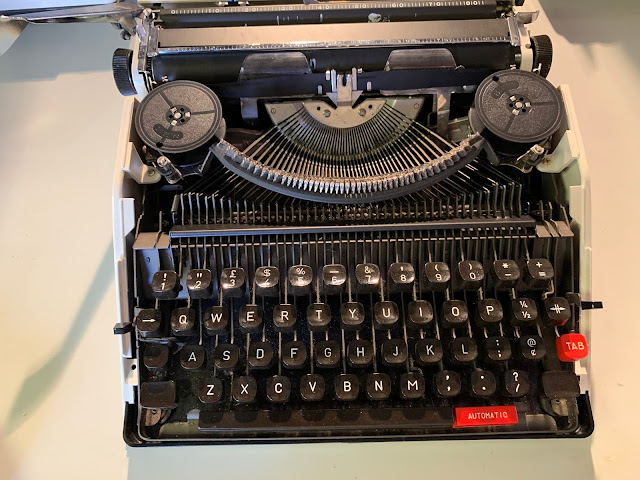 The portables I’ve been servicing belong to a Canberra woman who plans to sell them at markets. I don’t know what price she intends to put on them, but after the cost of servicing and replacing ribbons, I’m guessing it will be high. In the case of the two Tippas, they’re such poorly assembled machines I wouldn’t be prepared to waste a dollar on them.
Posted by Robert Messenger at 20:56

I had one of those Dutch made Tippa typewriters. I liked the typeface. Other than that I'd not give 2 cents for one. Most of the other Dutch made typewriters were not much better.

This sadly might be a case of 'non-durable' product with 'modern materials' - the plastic quite probably aged badly, losing its elasticity. When new, taking the cover off may have worked fine. Ultimately the cover may become even harder, or brittle.

The Valentine's choice of ABS on the other hand gives it a better chance, it is still a relatively expensive plastic but it should age better than most :-)