Is There A Yōst Typewriter on the Antarctic Ghost Ship? 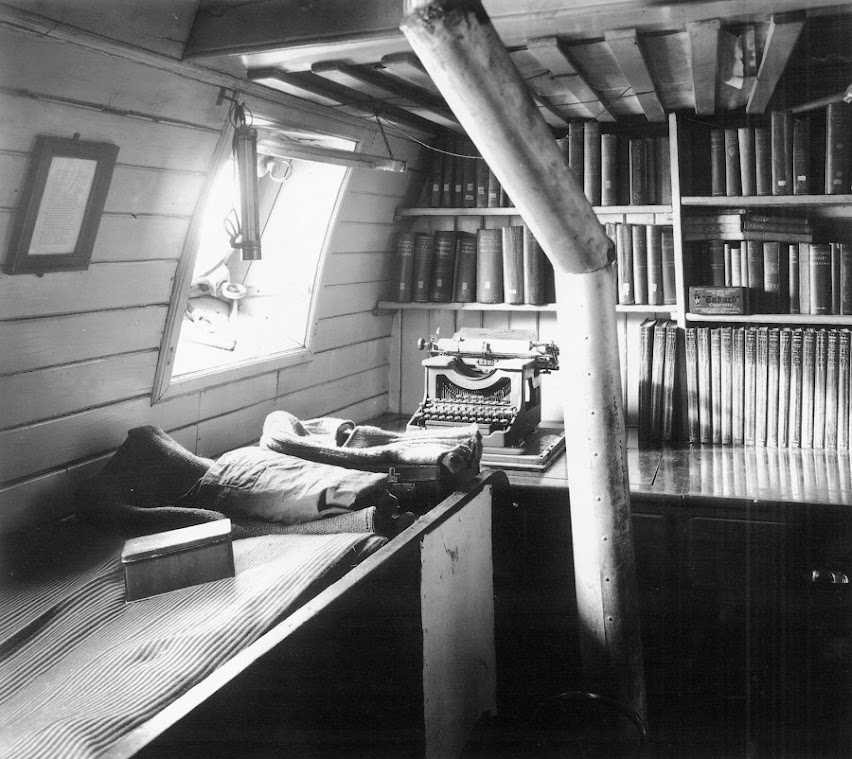 A Yōst typewriter in Ernest Shackleton's cabin on the Endurance.
Will a rusted old Yōst typewriter be found on the wreck of the Endurance, the once lost and now found vessel of Antarctic explorer Sir Ernest Shackleton? Or did the trapped explorers take the Yōst off the ship before, frozen fast in an ice floe and crushed by sea-ice, she sunk to the bottom of the Weddell Sea on November 21, 1915? The remains of the 144-foot-long wooden Endurance were uncovered six days ago, on the 100th anniversary of Shackleton's burial, which took place on March 5, 1922, in the Grytviken cemetery, South Georgia island. Because the wreck a designated monument under the international Antarctic Treaty, it cannot be disturbed in any way, so no physical artefacts have been brought to the surface. If the Yōst is still aboard, it will remain there. 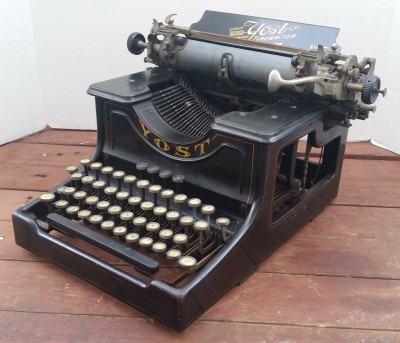 A Yōst No 15, similar to one that was on board the Endurance. 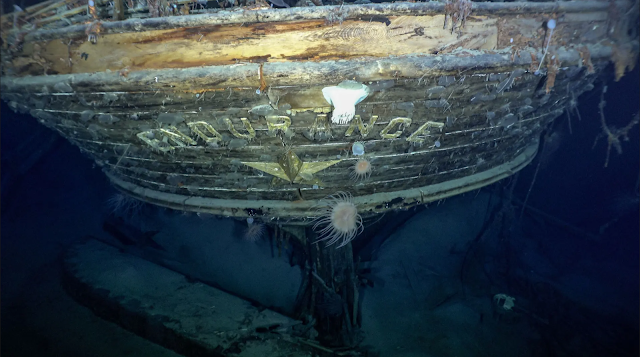 The Endurance became frozen-fast in an ice floe in the Weddell Sea on January 19, 1915. On February 24, realising that the ship would be trapped until the following spring, Shackleton ordered the abandonment of ship's routine and her conversion to a winter station. She drifted slowly northward with the ice through the following months. When spring arrived in September, the breaking of the ice and its later movements put extreme pressures on the ship's hull. On October 24, water began pouring in. After a few days Shackleton gave the order to abandon ship. The 28 men with their provisions and equipment were transferred to camps on the ice. On November 21, 1915, the wreck finally slipped beneath the surface. 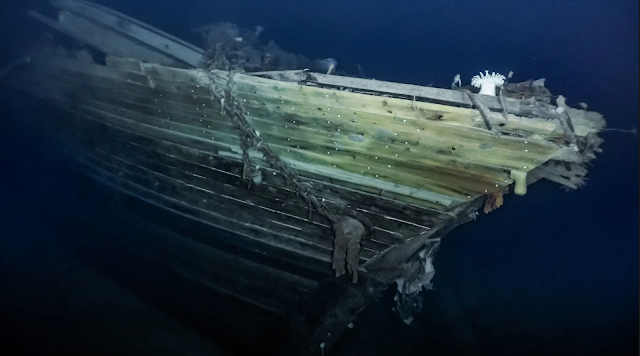 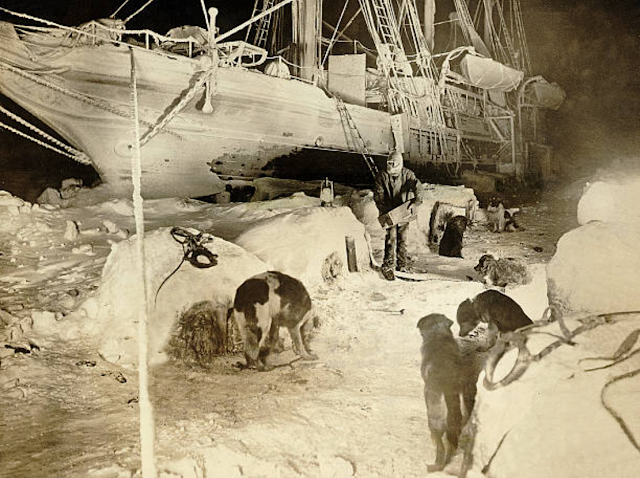 The remains show the Endurance to be in remarkable condition. After sitting in 10,000 feet of water for more than 106 years, its timbers, although disrupted, are still very much together. The name Endurance is clearly visible arced across the stern, along with the Polaris, the five-pointed star after which the ship was originally named. The find has been described as “the finest wooden shipwreck ever seen” … “It is upright, well proud of the seabed, intact, and in a brilliant state of preservation.” The find was made possible because the last month has seen of the lowest extent of Antarctic sea-ice ever recorded during the satellite era, which stretches back to the 1970s. 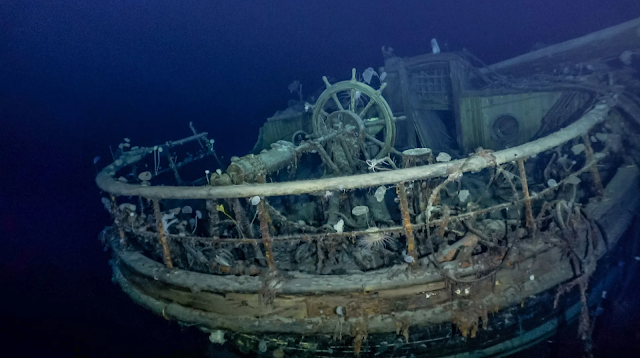 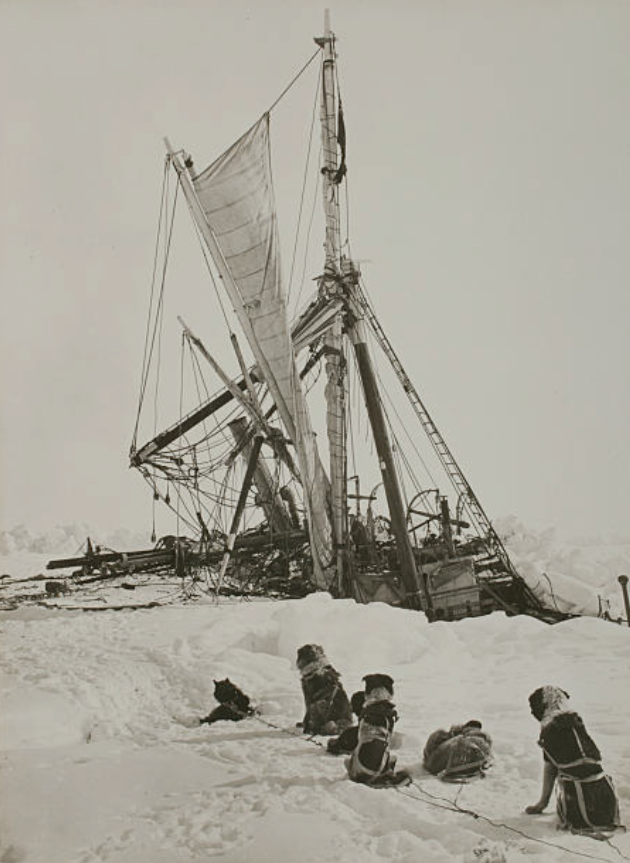 The project to find the ship was mounted by the Falklands Maritime Heritage Trust using a South African icebreaker, Agulhas II, and equipped with remotely operated submersibles. Mission leader  John Shears said, “The discovery of the wreck is an incredible achievement. We have successfully completed the world's most difficult shipwreck search, battling constantly shifting sea-ice, blizzards and temperatures dropping down to minus 18C. We have achieved what many people said was impossible.” 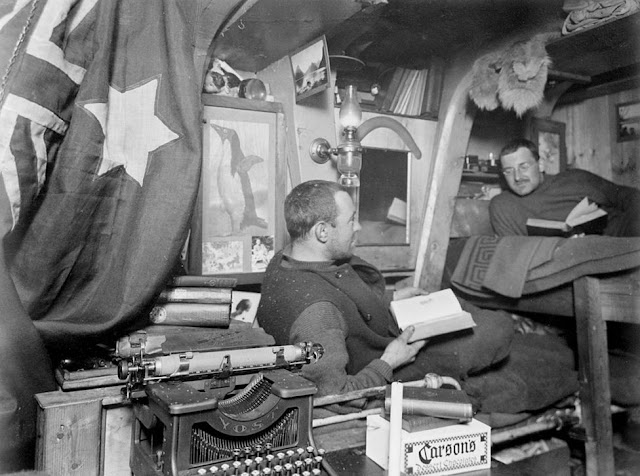 Australian photographer Frank Hurley and British physician Alexander Macklin with the
Yōst No 15 in their cabin. 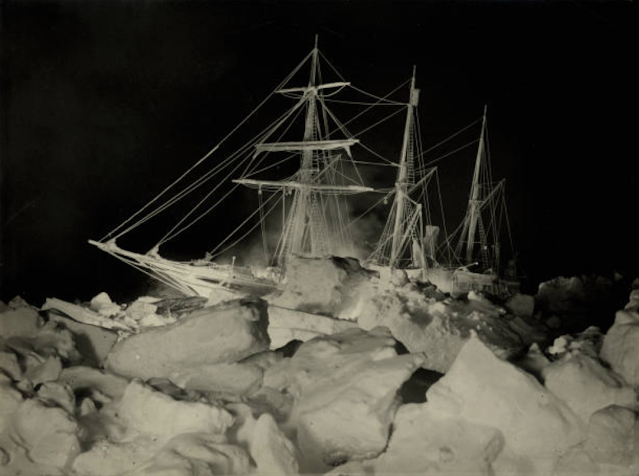 The masts are down, the rigging is in a tangle, but the hull is broadly coherent. Some damage is evident at the bow, presumably where the descending ship hit the seabed. The anchors are present. The subs even spied some boots and crockery. Filter feeders have colonised the wreck but there are no wood-eating worms. The ship is sprinkled with a diversity of deep-sea marine life - stalked sea squirts, anemones, sponges of various forms, brittlestars and crinoids (related to urchins and sea stars), all filter feeding nutrition from the cool deep waters of the Weddell Sea. 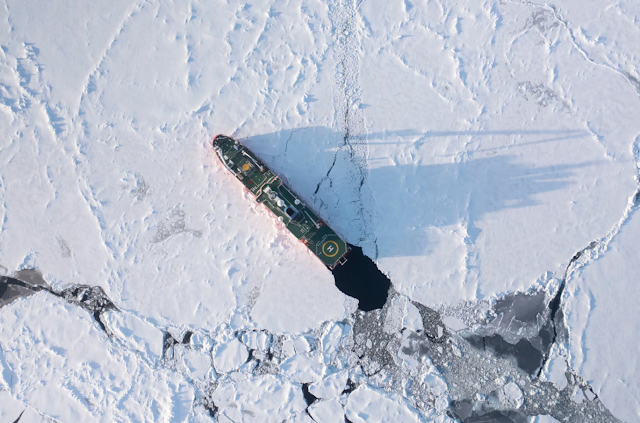 The SA Agulhas II, a polar research and logistics vessel,
breaks through ice in the Weddell Sea. 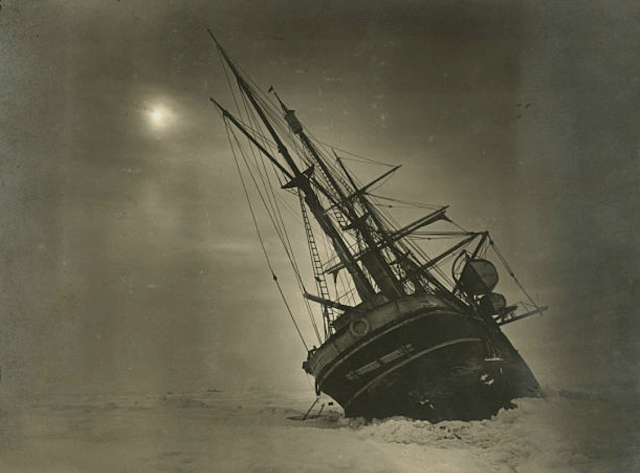 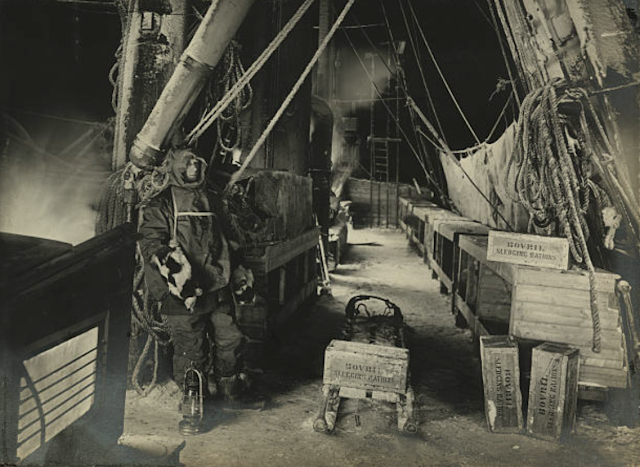 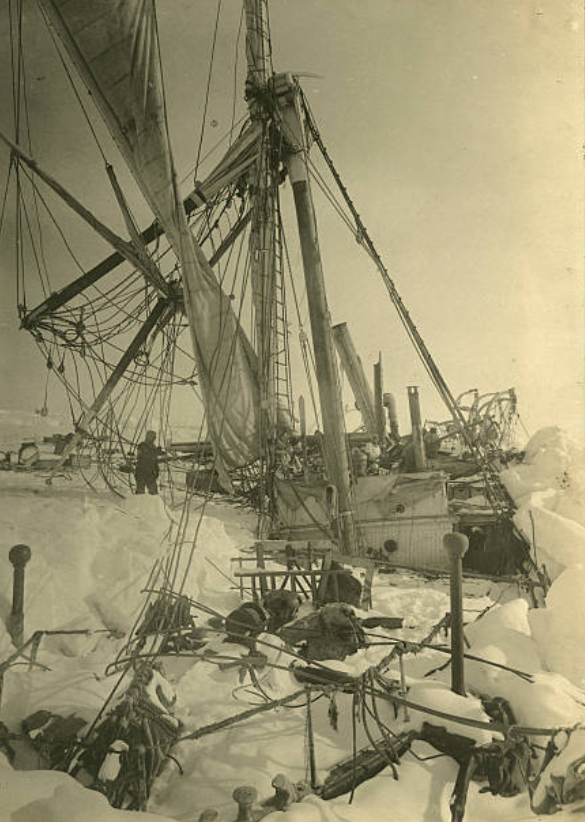 What a beautiful article!

Thank you very much.