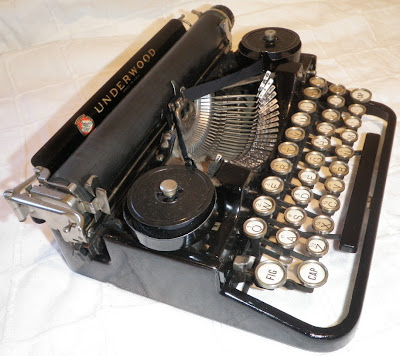 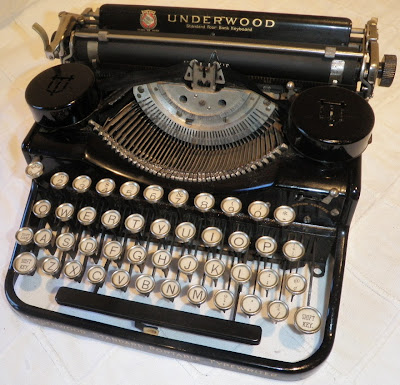 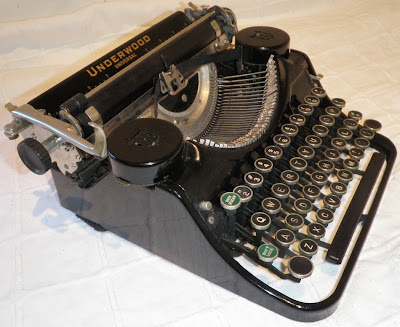 These date from the Underwood three-bank, patented in 1919 and first produced in November of that year, to the Asian-made Underwood 16 of 1991. 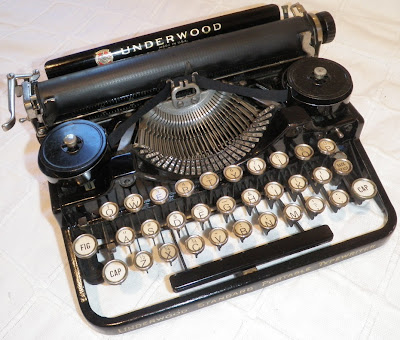 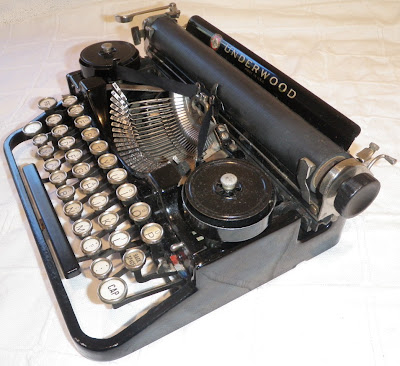 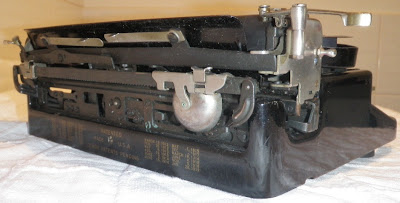 The Underwood 3 was designed by Lee Spear Burridge. I posted on this design last May at
http://oztypewriter.blogspot.com/2011/05/lee-sburridge-and-underwood-3-portable.html 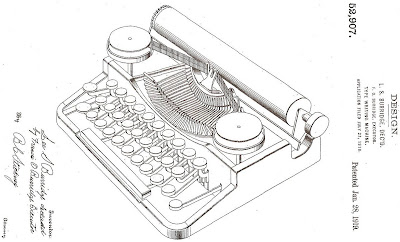 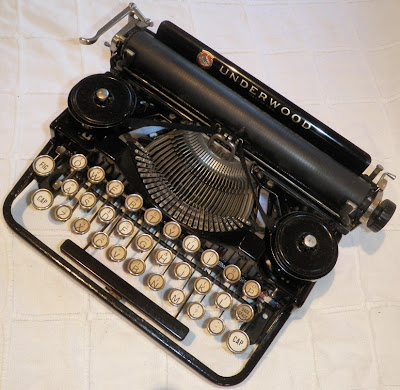 Lee Spear Burridge was born in Paris, France, on September 22, 1861, and died at age 54 in New York City on May 4, 1915.
Applications for a patent for his Underwood portable design were first made in 1915, but it was not patented until January 28, 1919, almost four years after he died. The final application was filed in 1918 by Lee’s brother Francis Ogden Burridge, executor of Lee’s estate. 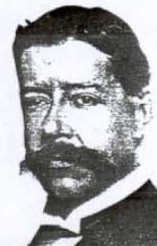 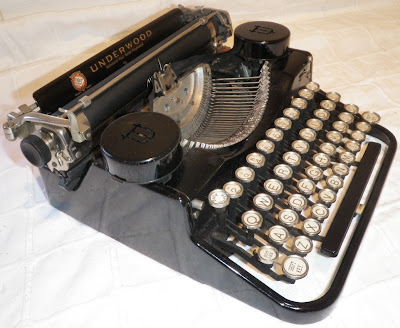 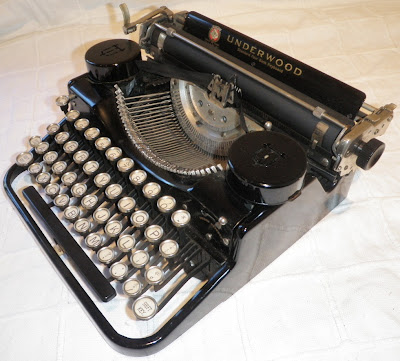 The Underwood 4 was designed by Alfred Gustav Franz Kurowski. Kurowski patented a large number of designs to cover the many aspects of this gradual adaption from the Burridge original, starting with an application on March 7, 1924 (issued June 12, 1928). 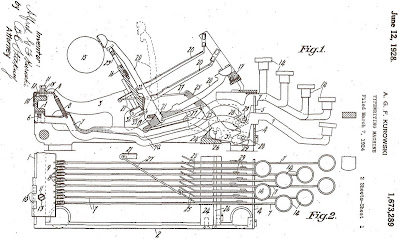 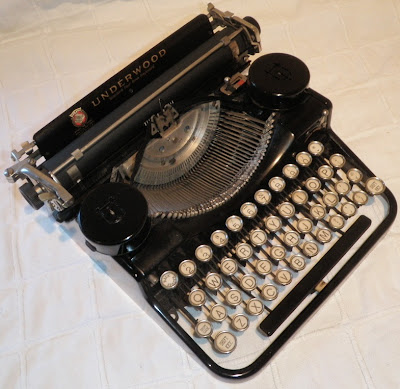 Kurowski was born in Heilsberg, Germany, in May 1869. He migrated to the US in the early part of the 20th century and was a prolific mechanical engineer and designer for Underwood for more than 30 years, until 1941. 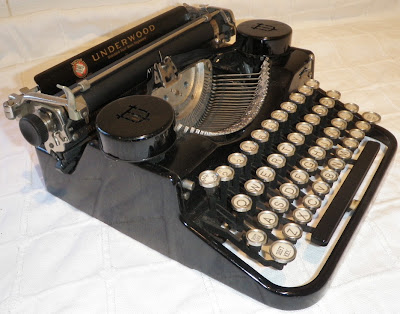 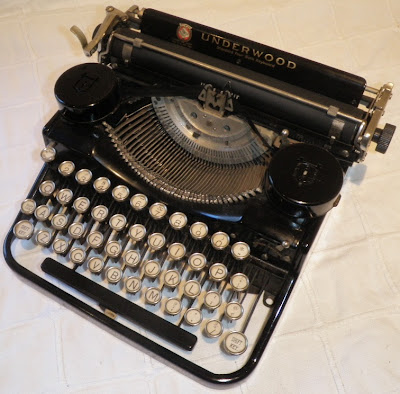 Kurowski was a senior member of an Underwood design team which was one of the most outstanding and productive in typewriter history. It also included William Albert Dobson and, briefly at a later stage, Louis Andrew Nemcovsky. 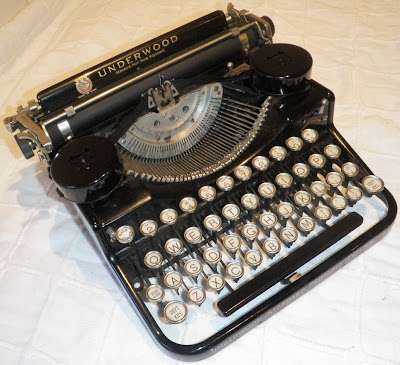 During the next five years, the shape of the Underwood portable changed from something still very similar to the original Burridge design to one with a more rounded front section - in the form of the first Universal. 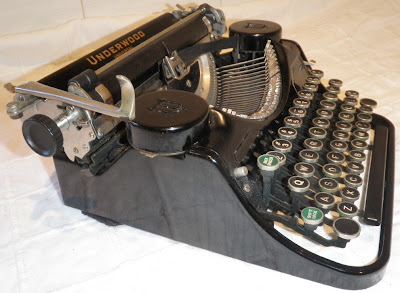 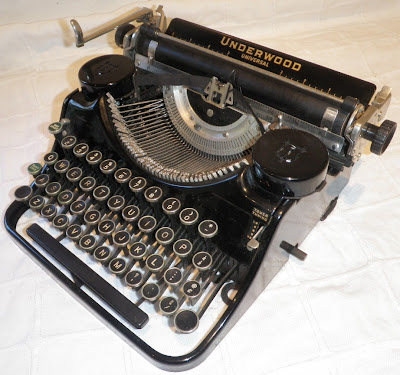 This gorgeous machine followed the casing pattern set by Corona with its first four-bank (1924) but was in contrast to the square-shaped Royal portable introduced in 1926. 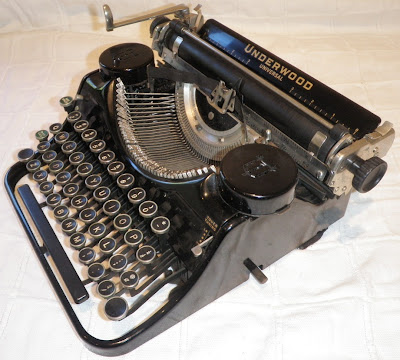 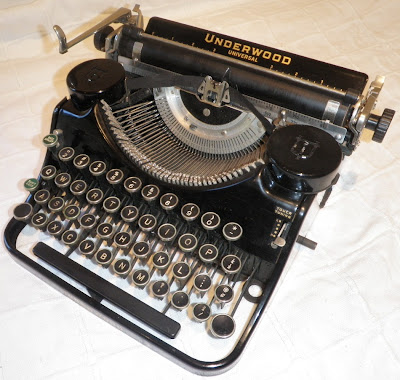 Tomorrow we will look at the Underwood Noiseless, which was in fact designed for Remington by George Gould Going (and made by Remington for Underwood), and another, spectacular Underwood 4.
After that, the Underwood Universal-Champion-Leader series designed in the mid-1930s by Dobson, and the 1950s portables designed by Paul Artem Braginetz and Raymond Spilman.
Then the 1960s Underwood-Olivetti series, including the 310, the 21 and 450, and the 18-19-10 series of Antares lookalikes.
Finally, I will include some “gone [from my collection] but far from forgotten” Underwood portables and a few that I have not {well, as yet, anyway] acquired.
I hope you will enjoy this detailed look at an otherwise almost complete range of beautiful Underwood portables. 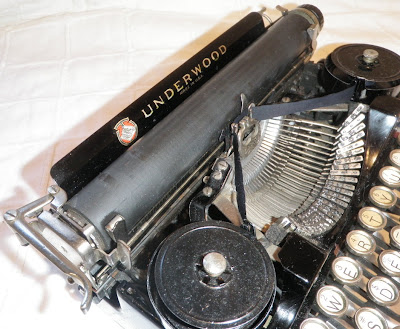 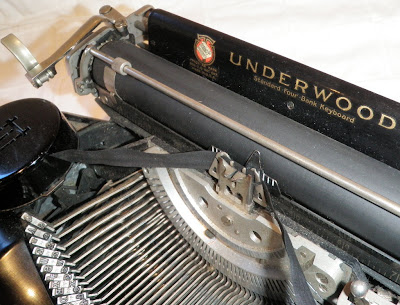 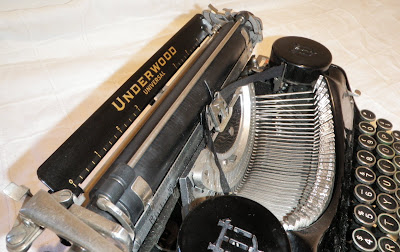 Posted by Robert Messenger at 11:49

Excellent idea for a series, I look forward to the rest.

Thanks, Richard. While you were commenting, I was happily typing away on all three, and have since added 2-3 line scans to the post. They all still work beautifully. I haven't touched any of them in yonks, and yet they work perfectly - and the ribbons are still OK! I know I will not be able to say the same about the last in the line of Underwood portables.

Underwood's design and craftsmanship was always so beautiful in utilitarian way, be it portable or desktop. My Underwood 5 is an extremely solid typer, even after a hundred years.

I would imagine that the portables share this characteristic.

I just picked up an Underwood Universal from an estate sale! So excited! All the keys work, it just needs a new ribbon. I can't believe it is from the 1930s, it's in amazing shape!

I would like to own a 4 bank Underwood portable some time. I find them to be beautiful machines.

I own my late Mothers Underwood Universal still with carrying case. it works well though no doubt could stand a going over!!! Love to get it out from time to time.. but have to say my laptop is easier to type with..It Has black keys with chromed rings and is a matte charcoal certainly looks snazzy. Not that I am thinking of parting with my machine. Your collection is a tribute to dedication. Alex Henderson.

I own my late Mothers Underwood Universal still with carrying case. it works well though no doubt could stand a going over!!! Love to get it out from time to time.. but have to say my laptop is easier to type with..It Has black keys with chromed rings and is a matte charcoal certainly looks snazzy. Not that I am thinking of parting with my machine. Your collection is a tribute to dedication.

Walked into my favorite junky antique shop, and there sat an Underwood Universal (30,s), and an Olympia SG1 - took the SG1 home, and am cleaning it up. The Underwood he's holding for me till next paycheck..... Can't wait.... They are beauties.

Picked up my Universal today, am I excited! They are solid, and beautifully crafted units. Mine is mostly complete, and all working, with the common problem of missing or disintegrated front rubber feet. I always keep a size selection of black faucet washers on hand, as they're usually a pretty good replacement. They work well with the early Remington portables, which suffer from the same rubber foot problem. I have glued my washers on to the Universal with epoxy glue, and they'll probably outlive me.
As ever, Robert, thanks for your interesting and informative articles!

I found a Four Bank Portable a few days ago, for $20. It was still on its base, but did not include the lid. It's got the left-hook carriage arm, and black keys. Some of the paint has flaked from the frame and the 'h' key spring is out, but looks to be a nice machine.
I suspect it's from 1926, so is pretty old for a Four Bank.

I appreciate your website,Robert! Thanks!

Very nice, found your website via Google. Have an Underwood Portable. In suitcase. Can't find the exact model... Can I email you a photo?