The Blind Bard of Kentucky and his Tri-Type Diplograph Typewriter 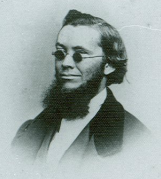 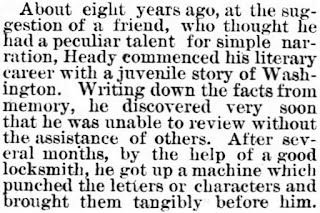 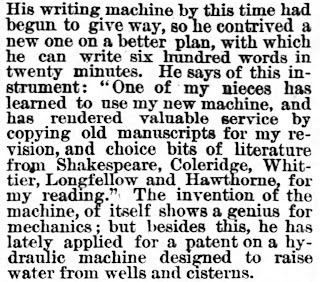 This newspaper story about Morrison Heady appeared in November 1869, meaning he had invented his Diplograph Embossing Typewriter before this time. He was still using it, or a later version of it, in 1914, as this segment from a profile in The Silent Worker shows: 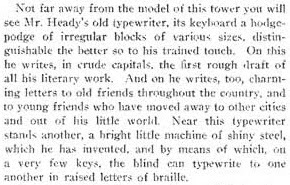 At the flip of a lever, the Diplograph wrote in three different types: Boston Line Type (developed by Samuel Gridley Howe [1801-76, see below]), New York Point (a Braille-like system of tactile writing for the blind invented in 1868 by William Bell Wait, a director at the New York Institute for the Education of the Blind), and Braille (Diplo meaning "double"). Wait also invented the 1894 "Kleidograph", a typewriter with 12 keys for embossing New York Point on paper, and the "Stereograph", for creating metal plates to be used in printing. 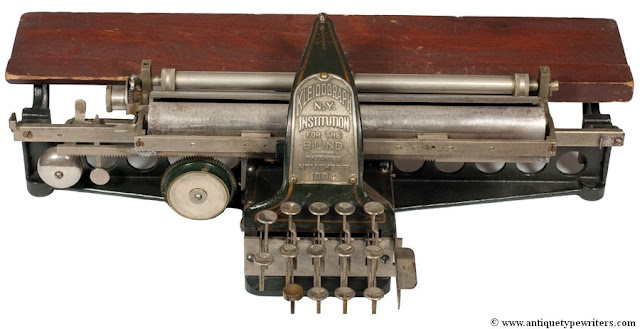 The Kleidograph from the Martin Howard Collection. See Martin's story on this machine at his website here and on Wait here. 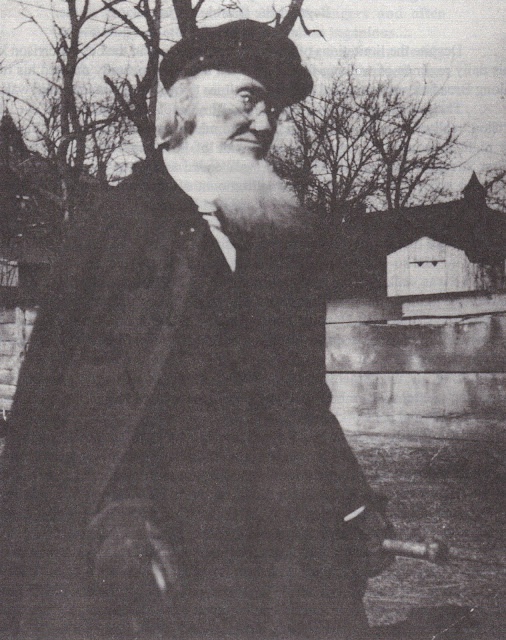 Heady in his old age 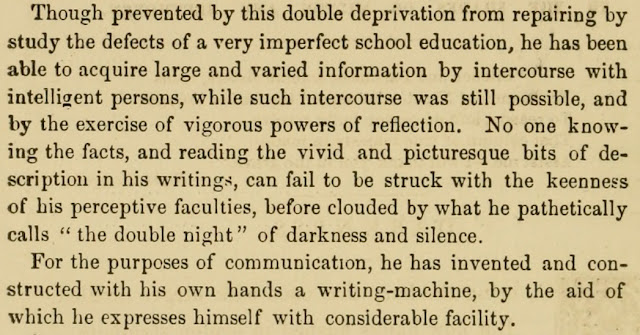 The genesis for the American Printing House for the Blind in Louisville, Kentucky, was an 1854 project by blind Kentuckian James Morrison Heady to collect donations in order to have printed a raised letter version of Milton's Paradise Lost. Heady, who had moved to Louisville to teach music in 1847 and then to Boston in 1854, wrote to Howe in an effort to arrange this through the New England Asylum for the Blind (later the Perkins School for the Blind), then in South Boston. Heady became a close friend of Howe, as well as Laura Dewey Lynn Bridgman (1829-89) and later a young Helen Adams Keller (1880-1968), who at various times both lived at the Perkins Institute. Heady and Bridgman often corresponded, including on the subject of a writing machine for the blind - Heady encouraged Bridgman to write poetry. John Greenleaf Whittier (1807-92), a fellow poet and, like Howe, an advocate of the abolition of slavery in the United States, was among those who read to him. 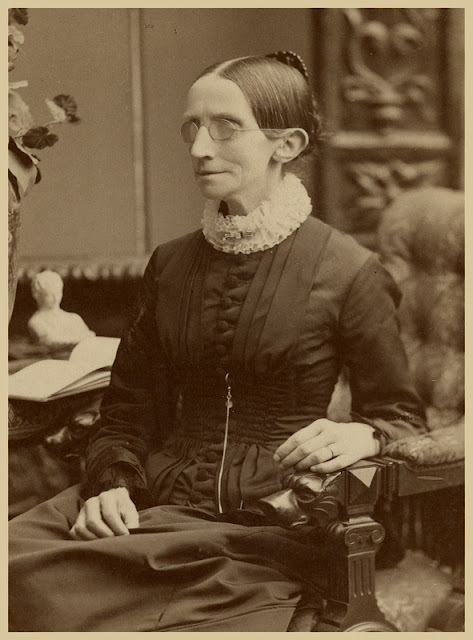 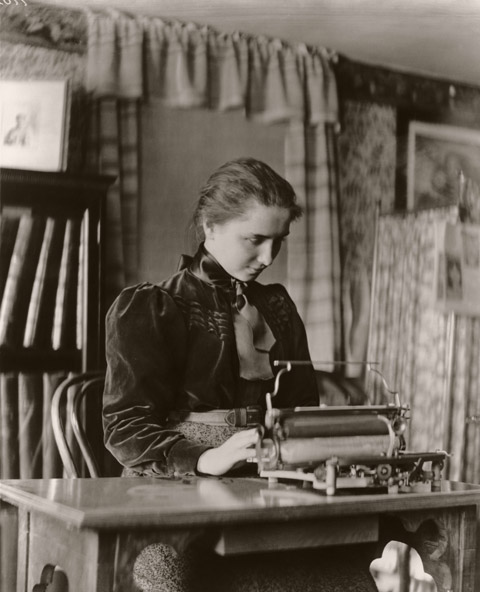 Helen Keller using a Hammond typewriter
Heady inspired a blind man in Noxubee, Mississippi, Dempsey Barnes Sherrod (born North Carolina District, Floyd, Georgia, 1832; died Washington DC, where he was an agent for the Institute for the Blind, 1879), to promote the idea of a national publishing house for raised print books. In 1857 Sherrod obtained a charter from the Mississippi legislature to set aside funds for such a publishing house, but in honour of Heady he selected Louisville as the site for the venture. The American Printing House for the Blind was incorporated in Louisville in 1858. Space for it was set aside in the basement of the Kentucky Institution for the Education of the Blind. In 1860 the APH received appropriations of $1000 from Kentucky and Mississippi to buy an embossing press, but the Civil War pushed the start of publishing back to 1866. The first book the APH printed was Fables and Tales for Children. 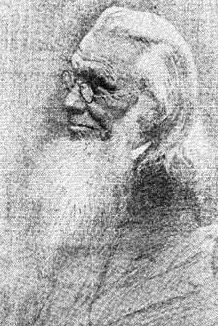 James Morrison Heady was born at Elk Creek, Spencer County, Kentucky, on July 19, 1829, the son of James Jackson Heady (1798-1876), a country doctor who was also a farmer, and Louis Eastburn Heady (1802-79). Heady lost the sight in his left eye at age three, when hit by a chip from a woodcutter's axe. Then, at 16, while watching schoolmates playing catch-as-catch-can in front of his log cabin school, the bare heel of another boy struck him in the right eye and destroyed his remaining eyesight. 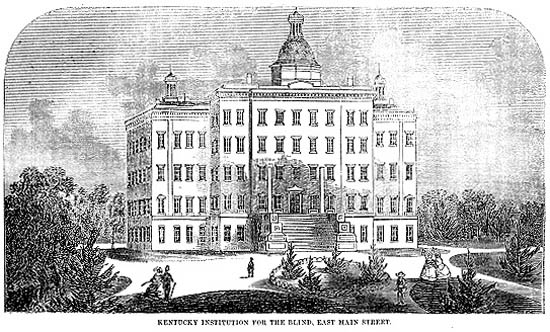 For one year from 1845 he attended the Kentucky Institution for the Education of the Blind in Louisville and then the Ohio Institute for 14 months. Earlier, at age nine, his pony threw him headfirst into a pile of rocks and he developed a ringing in his ears as well as a fever, which was treated with quinine. His hearing started to deteriorate when he was 18 and by the age of 25 he had to use a trumpet in order to hear. By 40 he was completely deaf. But by the age of 34 he was a published author (calling himself "Uncle Juvinell"), with a biography of George Washington, for which he was paid $325. The book went into three editions and sold 8000 copies.: 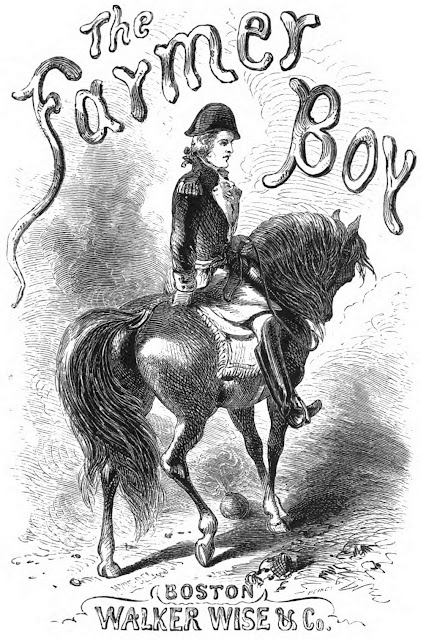 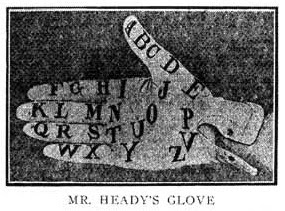 It was made of thin yellow cotton. "With comparatively little practice he learned to distinguish the positions of the various letters on the glove, and then it was an easy matter for him to make out any words as this or that friend spelled them with careful linger on the glove. Best friends, those who spelled to him often, can now tap out words upon his glove almost as fast as an expert typewriter moves. Never for a moment has Mr Heady lost touch with the world. If you wish any figures on the cost of the Panama Canal; if you are looking for expert information about the East River Tunnel; if you are interested in monorail cars, aeroplanes, automobiles, radium, you will find a mine of information in the discourse of this octogenarian blind man."
Undeterred by the massive setbacks in his life, Heady  invented a "talking glove" - an alphabet glove that allowed sighted and hearing people to spell words into his hand. An 1882 newspaper report said:

An accomplished chess player, musician, published composer and prolific author of biographies, poetry, adventure novels and love stories, and children's stories, Heady also invented the self-opening gate, a swivel chair, an hydraulic water lift, and a thermos to keep coffee warm, as well as building a prototype of a steam-powered embossing press. 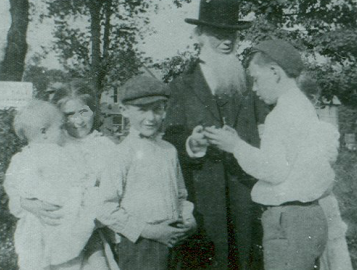 Youngsters talk to Heady through his glove
As an eight-year-old, Keller wrote to Heady, calling him "My dear uncle Morrie". "I think you will be very glad to receive a letter from your dear little friend Helen. I am very happy to write to you because I think of you and love you. I read pretty stories in the book you sent me, about Charles and his boat, and Arthur and his dream, and Rosa and the sheep." In another letter in 1888, Keller wrote, "I am happy to write you a letter, I do love you, and I will hug and kiss you when I see you."

He was living in Louisville when he was asked by a publisher to condense one of his manuscripts. Heady said to his older sister Emarine Beard (1827-1917), "I'll do it too if I'm not condensed first." He died a few minutes later. It was December 20, 1915, and he was aged 86. 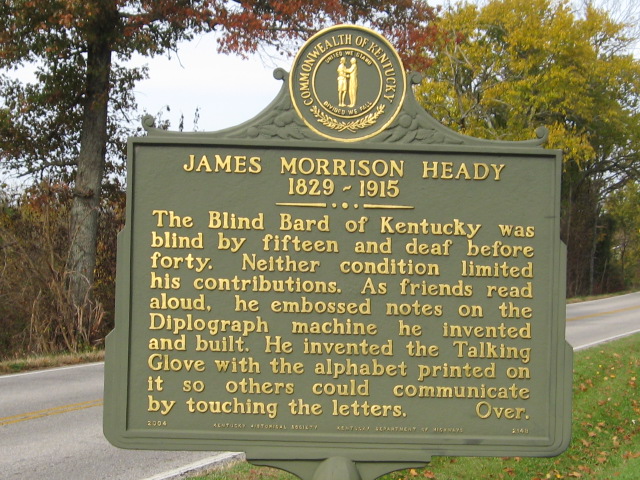 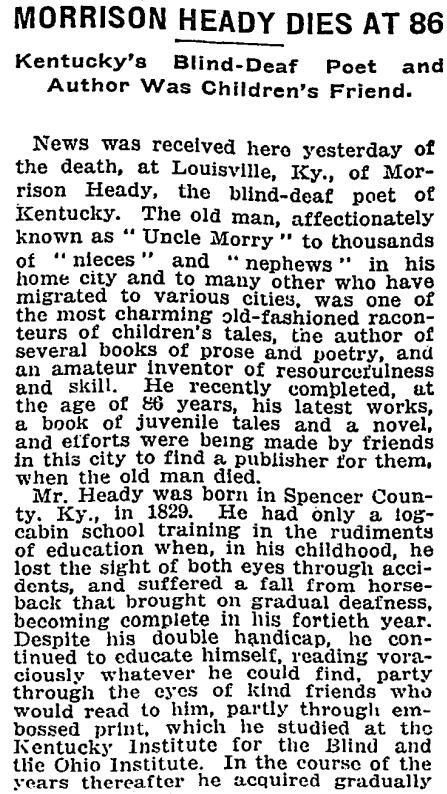 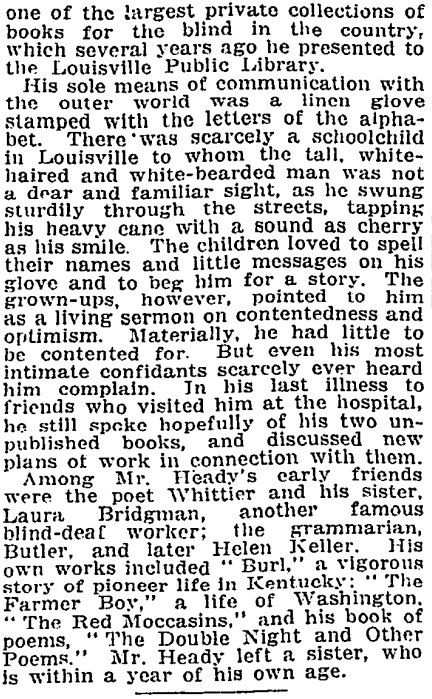 The full 1869 story on Heady, which indicates that several details about his early life were later incorrectly reported: 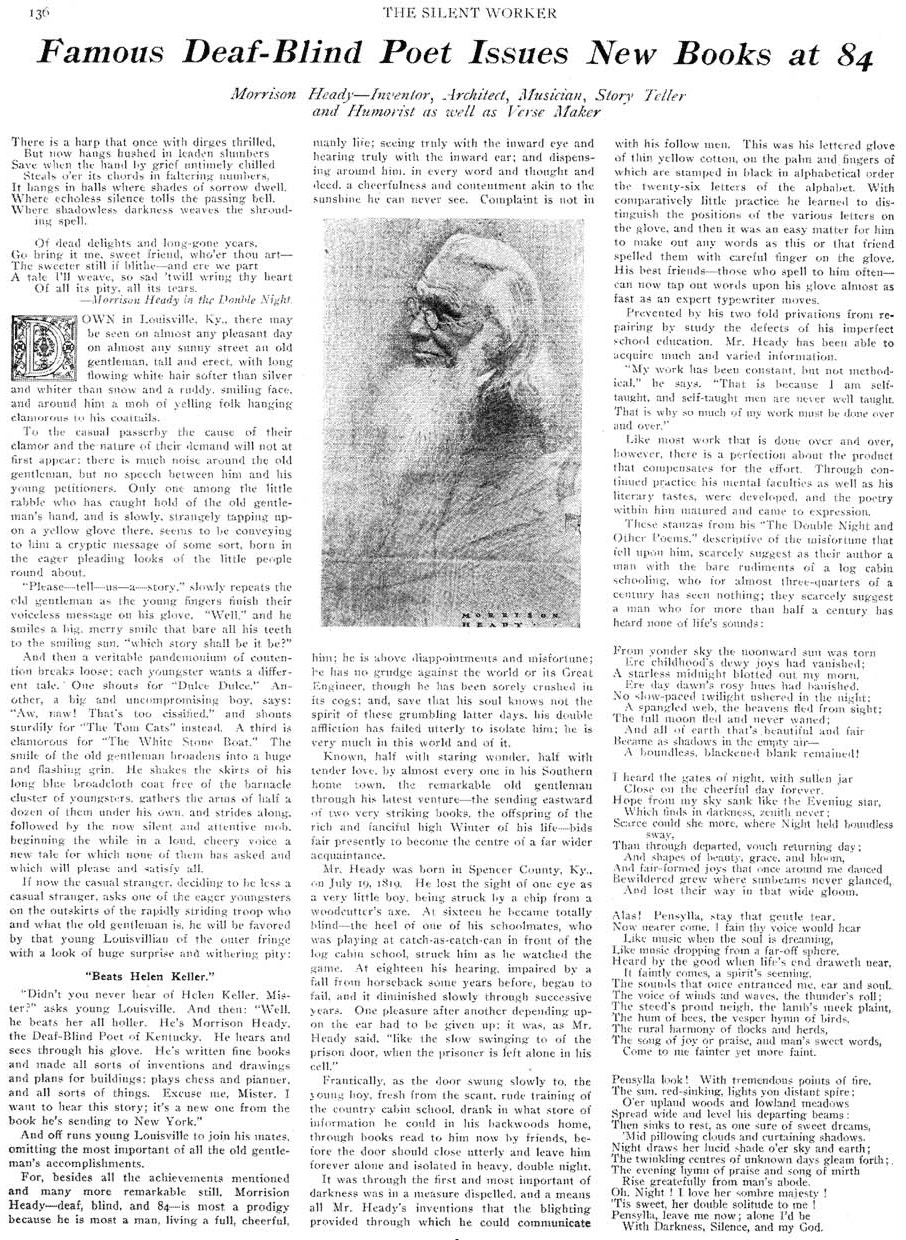 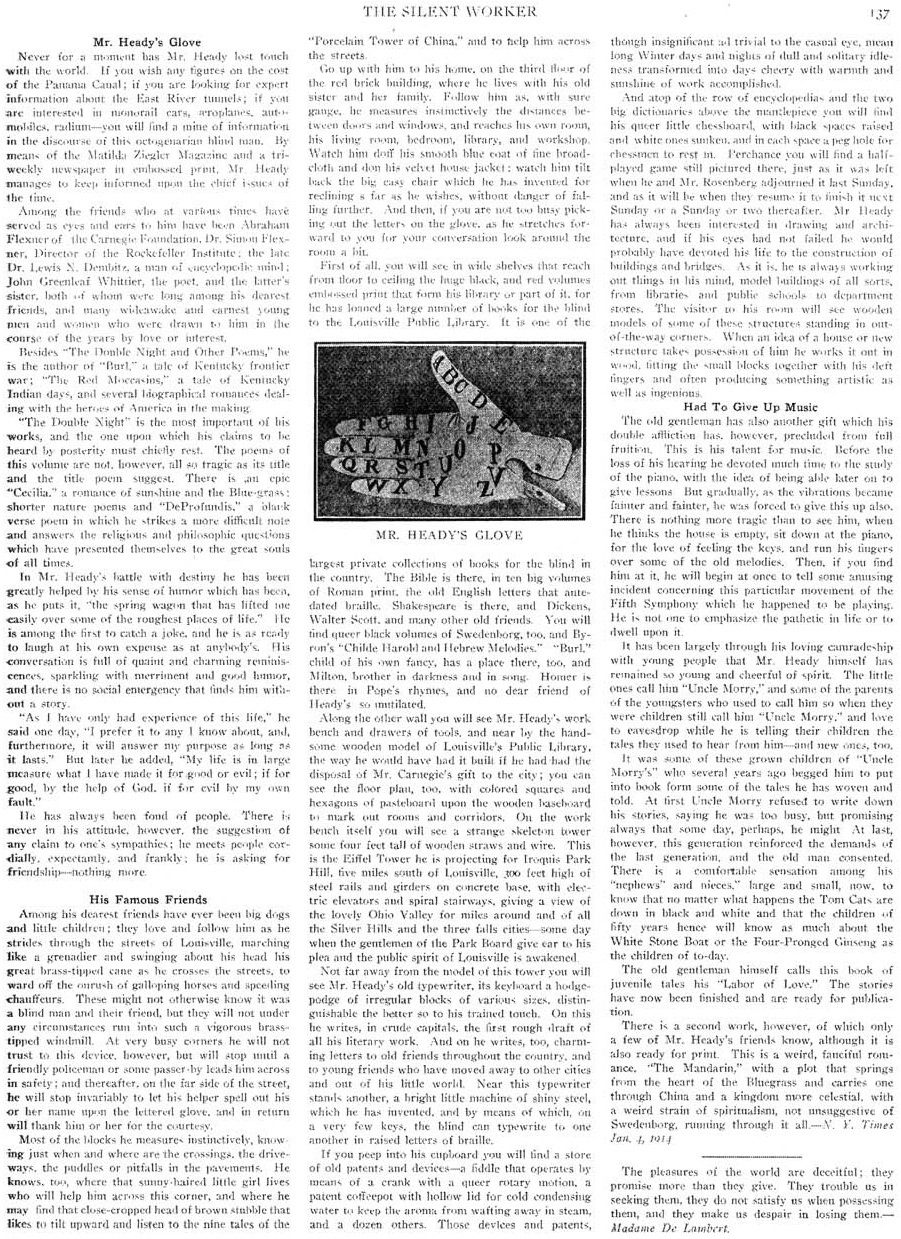 Now there's a guy who did not let circumstance stand in the way, despite his propensity for highly unlucky head injuries. (:

Impressive! He seems as accomplished as Helen Keller, and looks like a good-humored sort as well.

There are indeed many benefits to "intercourse with intelligent persons."

What a fascinating and resourceful person! I had never heard of him before.