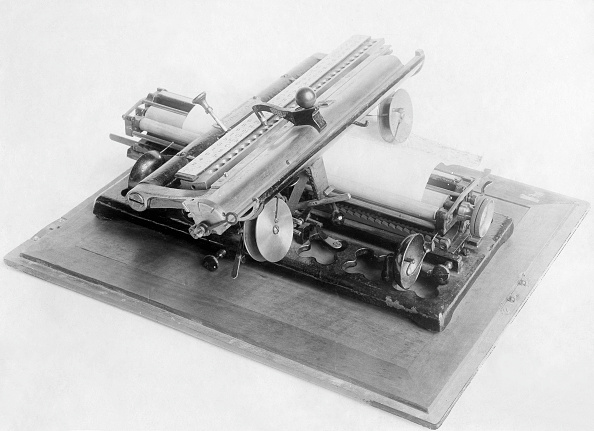 I'm trying to pin down this machine, which is only identified as a Wagner Schneider typewriter from 1888.
It looks like a much more elaborate version of Lee Spear Burridge's 1885 Sun index: 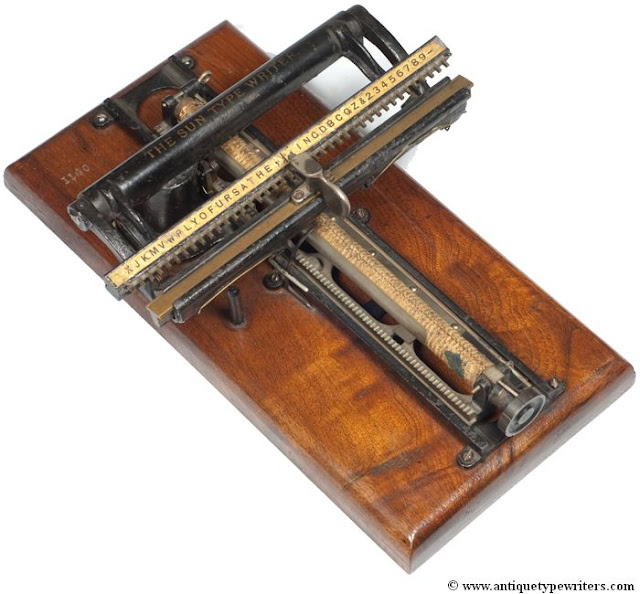 Martin Howard Collection
Could it possibly have anything to do with Franz Xaver Wagner? Some of his patented designs from this period look quite similar (notably #393318), but they employ typewheels.
When I checked with Ernst Martin, I was directed from Wagner & Schneider (of Zürich) in the index to a Kosmopolit of the same year, in a section on typewriters for the blind.

This entry seems to be in the main about the Kovâko, made in St Petersburg, Russia.
Friedrich Müller has no mention of a Wagner Schneider typewriter.
The Martin entry which mentions Wagner Schneider is obviously not for the same Kosmopolit as this one: 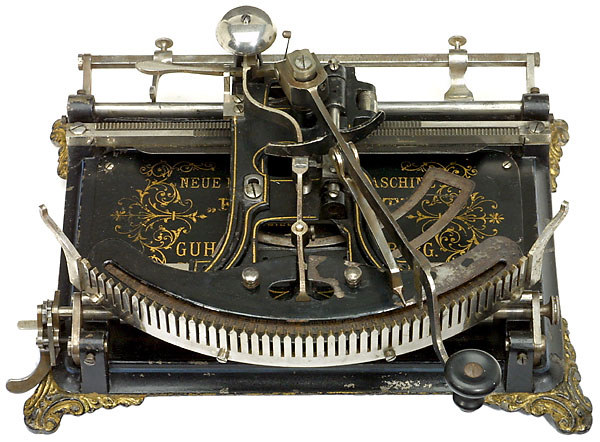 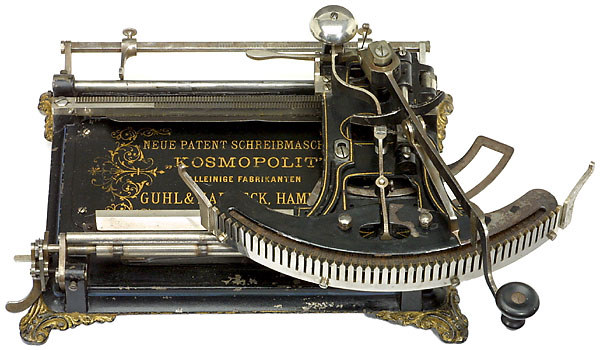 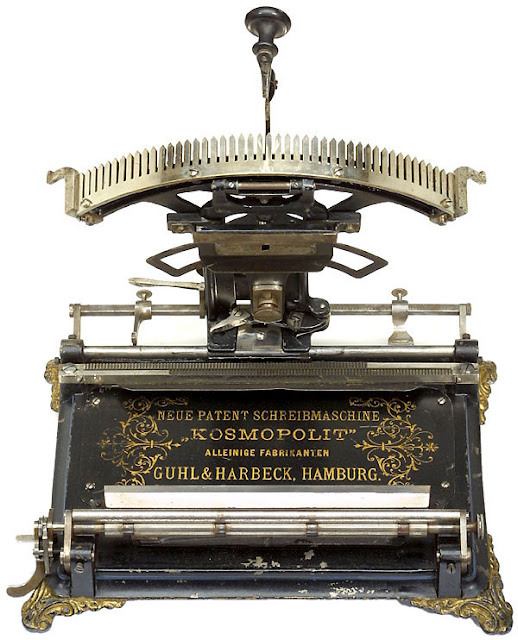 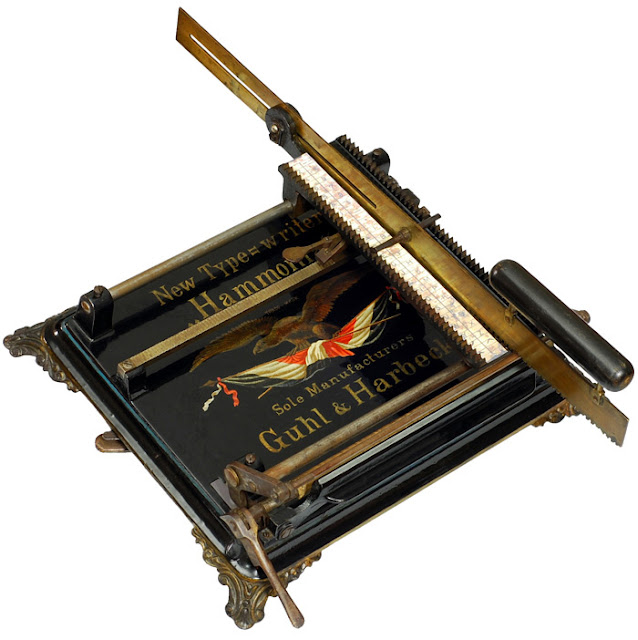 Posted by Robert Messenger at 00:48

Very intriguing! Where did you find this photo?

it could be the Wagner Schneider from Steckborn, to be included in my book on Swiss typewriters. Please write me a mail with the photo and photo source, I know a bit more about it.