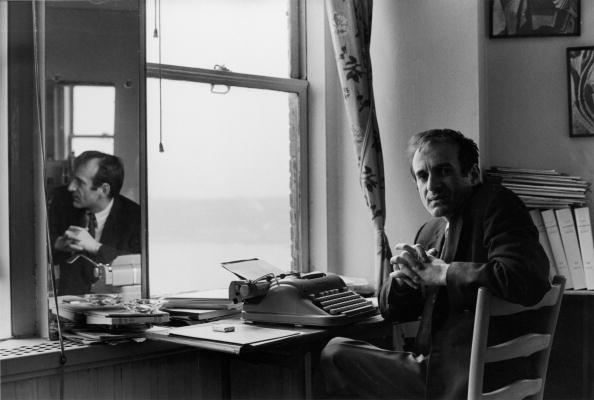 Eliezer "Elie" Wiesel, a Holocaust survivor who fought for peace, human rights and simple human decency, died on Saturday at his home in Manhattan. He was 87. Born on September 30, 1928, in Sighet, Maramureș, Romania, Wiesel was a Jewish writer, professor, political activist and Nobel Laureate. He was the author of 57 books, written mostly in French and English, including Night, a work based on his experiences as a prisoner in the Auschwitz, Buna, and Buchenwald concentration camps. He was awarded the Nobel Peace Prize in 1986, being described as a "messenger to mankind" who had delivered a powerful message "of peace, atonement and human dignity".
In 1944, when he was 15, Wiesel and his family were placed in one of the two confinement ghettos set up in Sighet. In May Hungarian authorities, under German pressure, began to deport the Jewish community to the Auschwitz concentration camp. Wiesel's mother and his younger sister were killed there. Wiesel and his father were deported to the concentration camp at Buchenwald, where his father was also killed. The camp was liberated by the US Third Army on April 11, 1945. Wiesel's older sisters, Beatrice and Hilda, also survived the war and were reunited with Wiesel at a French orphanage. They eventually emigrated to North America.
Posted by Robert Messenger at 13:10

An obit worthy of the nation news. We often hear of all the bad guys and other bad things in the world. Seldom hear of the good that was done and those who promote good and peace.

I worked with several death camp survivors. Their stories are absolutely horrifying.

And another voice of reason and compassion is silenced, but his words remain. I'm going to have to add his works to my library.

..."peace, human rights and simple human decency" such a lack of it seems as I watch the news. :(