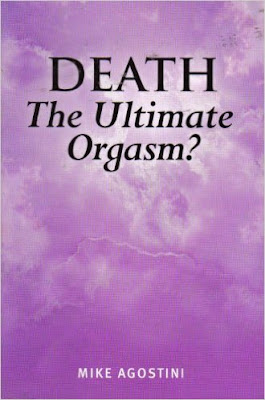 An ominous 13 years ago, an old friend of mine called Mike Agostini published a book called Death: The Ultimate Orgasm? A reviewer said Mike was “a persuasive interviewer and born raconteur”, "a practising hypochondriac of some note" who put great store in Carl Jung's theory of synchronicity. Mike grew up in Port-of-Spain, Trinidad, convinced his mother, Ena Helen (née Govia) Agostini, had the uncanny ability to forecast the future. Like Ena, Mike was also, as I found when I first met him, a faker. 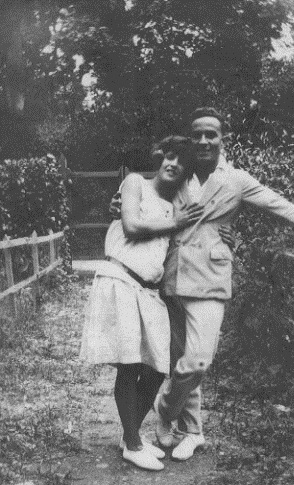 Mike's mother seer Ena with his father, Sedley Agostini
In The Ultimate Orgasm? Mike went back to the philosophers Pythagoras and Plato and investigated near-death and out-of-body experiences and life thereafter, including after-death communications and all things spiritual, psychic, occultist and paranormal. These are, of course, subjects which have fascinated great typewriter men since the late 19th Century, most notably the indefatigable George Yost, whose faith in fakery was quite astonishing. 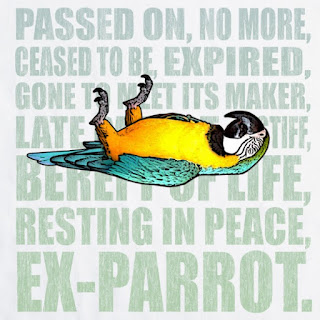 Mike may or may not now know the answers to the questions he raised in his book. He is himself, as Monty Python put it, “No more! He has ceased to be! 'E's expired and gone to meet 'is maker! 'E's a stiff! Bereft of life, 'e rests in peace! Pushing up the daisies! 'Is metabolic processes are now 'istory! 'E's off the twig! 'E's kicked the bucket, 'e's shuffled off 'is mortal coil, run down the curtain and joined the bleedin' choir invisible!” Once so colourful and chirpy, he is, in other words, a dead Trinidadian-Australian. 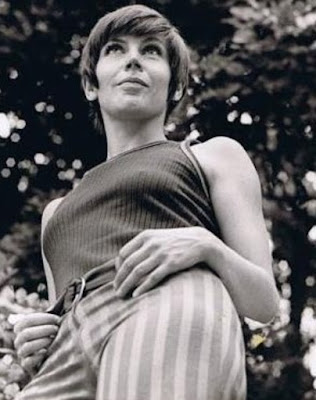 For his 2003 book Mike didn’t, oddly enough, speak to the near-death expert I once interviewed, Helen Reddy (I Am Woman), someone who could not possibly have agreed that death was the ultimate orgasm ("Say no more, say no more": Python again). But among those Mike did canvas was a former employer of his, Kerry Packer, another man who now (presumably) knows the absolute truth of his own famous statement. In a eulogy at Robert David Ferris’s funeral in 2007, I said “Kerry Packer is the only man to have died and come back, and he says there’s nothing up there”, a statement for which I was promptly chastised by a charlatan parliamentary chaplain, who said Jesus Christ had done the same thing. I haven’t dared speak at a funeral since.
As I get closer to my own time being called, the more annoyed I am about obituaries devoid of accuracy and honesty about the dearly departed, or eulogies at funerals which sound like fairytales about someone the mourners never knew. One looks around to see whether one recognises anyone else at the service (I know, it’s happened to me once or twice). Some hacks of my acquaintance have written their own advance obituaries, either for fear the truth will out or will be withheld (most likely the former). One who did so was former Canberra Times editor John Mayo Farquharson, who died a month ago. But since he wrote hundreds of obituaries about others, I guess he was entitled to write one for himself.
Many people don’t give any of this much thought, as with wills, the donation of organs or instructions for the dearly-hit surviving. The dead can, however, be forgiven for not sending out notification of their demise. 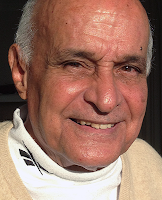 Former colleagues are falling off the perch with increasing regularity. Some have died in various parts of the world many weeks before I get to hear about it. Mike Agostini (left) died of pancreatic cancer, aged 81, in Sydney on May 12, and it wasn’t until July 6 that a mutual friend let me know. Just today, his old West Australian workmates learned that the extraordinary Scottish-born sub-editor Lex Ballantyne (right) had died, aged 74, in Alice Springs as long ago as November 15 last year. For me, these two men represent quite difference perspectives on journalism. 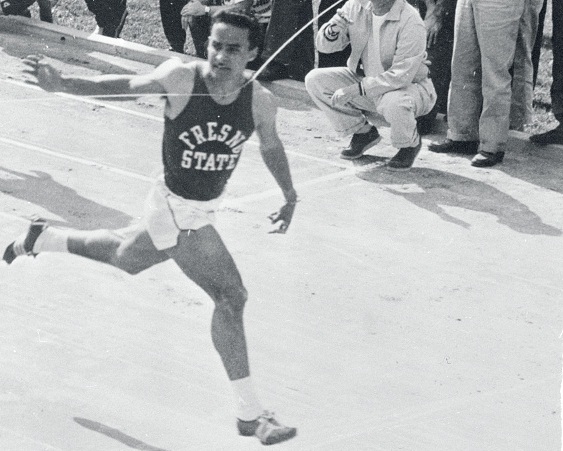 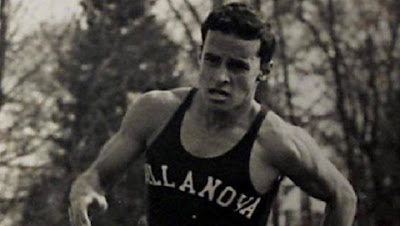 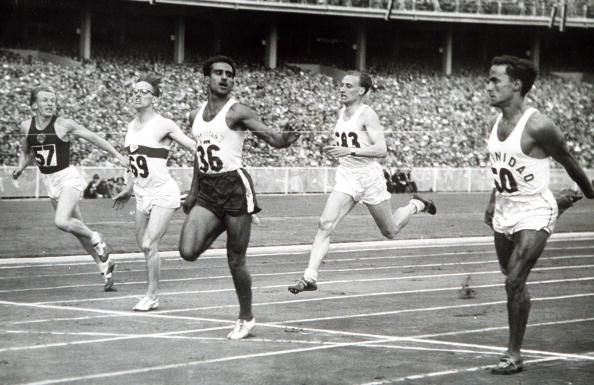 Michael George Raymond Agostini won for his native Trinidad the 100 yards gold medal at the 1954 Empire Games in Vancouver, beating the Australian world record holder Hec Hogan in the process. At the 1956 Olympics in Melbourne, Mike was sixth in the 100 metres behind Hogan and the American winner Bobby Morrow. As a 17-year-old, in 1952, Mike had beaten the great Jamaican Herb McKenley and in 1953 he ran a 9.9 wind-assisted 100 metres. He won a scholarship to Villanova and on his 19th birthday beat Olympic champion Lindy Remigino in a world record time indoors. After one semester at Villanova, Mike transferred to Fresno State University, California, where the opportunities for good sprinting were better, and he graduated with a degree in economics in 1958. He moved Down Under, where he became an Australian citizen, worked as a freelance journalist and was editor and publisher for Track and Field and Fun Runner magazines. He was also honorary Australia consul for Trinidad and Tobago from 1981-2006 (not that there was much work to be done as such). 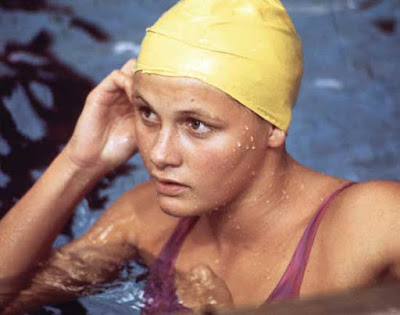 As a former age group world record holder himself, Mike took a particular interest in collecting and publishing valuable data on this otherwise neglected area of sport, as well as on the physiology of sports champions. Many was the Friday evening in the early 1970s when Mike and I would be the only journalists at poolside when Shane Gould set world swimming records at North Sydney. I was there to get quotes, Mike to measure her incredibly low heart beat.
I was much less impressed by Mike at our first meeting. As an experienced track writer, I was asked to “treat” Mike’s copy, submitted as a column to the national daily, The Australian in Sydney. Appreciating that this guy was himself an Olympic sprinter, I looked forward to reading his appraisal of Jim Hines. My suspicions were perhaps first aroused by the neatness of his typing – a lovely, crisp Courier font, obviously from an IMB or a Corona electric. Journalists rarely presented such tidy, error-free stories. And I very quickly realised the entire article had been plagiarised from Sports Illustrated, to which I was  a subscriber. It became clear to me then that Mike was not all he seemed to be, or made out he was. That became much more apparent to many others in mid-1989, when his massive financial problems came to a head. None of this, of course, was mentioned in his obituaries.
For all that, I  remember Mike, as so many others do, as a charming, helpful man. Indeed, in late 1972, when I was headed to Port-of-Spain, he offered to advise and aid me along the way. Happily, however, I never again trusted his copy as being original, and I never had any monetary dealings with him. The Jim Hines piece, by the way, was canned (as was Farquharson’s self-obituary last month), but I doubt that ever discouraged Mike. Not that I can now imagine asking him, in the afterlife or otherwise. 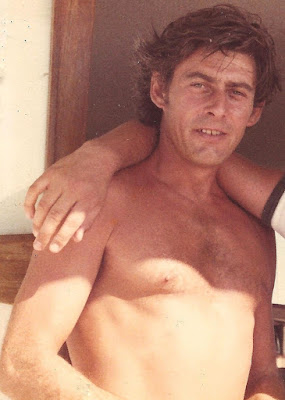 Alexander Lawrence Ballantyne was a great newspaper character and a man of a much different hue. As honest as the day is long, he was an expert and hugely experienced sub-editor with whom I worked in Western Australia for a decade from 1979. I often thought of Lex when I sympathised with Canberra Typospherian Jasper Lindell, a young man destined to be a fine journalist but one who sometimes feels he was born half a century too late. Lex epitomised the lure that had once drawn me into journalism – that a good grounding in the profession was a passport to any country in the world where there was an English-language newspaper. So travelled, so worldly, and yet so very different from Mike Agostini: there wasn’t an iota of bullshit about Lex Ballantyne.
Lex spent the last 19 years of his long working life as the chief sub-editor at the Centralian Advocate, from 1993 to 2012. Born in the Gorbals, the tough working-class area of Glasgow, two days before the end of 1939, Lex also had some sporting talent – as a young man he was scouted by Queens’ Park soccer club. While still at school he reported on matches for The Scotsman, where an uncle was the editor. Lex started his working life as a copy boy at the Daily Express in Glasgow, and his clean caption writing earned him a trial as a sub-editor. He moved to Manchester to work for The Sun and finished up on Fleet Street working for the Daily Mail. A yearning for travel took him to Kenya, where he worked for the Daily Nation in Nairobi, and to Argentina, where he worked for the Buenos Aires Herald. Finally Lex joined the Daily News in Perth, Australia.
Lex’s last wish was not to be buried, but to be thrown out on the rubbish tip. An obituary on Crikey said he was “One of the world’s last true newspapermen … a legendary figure in the newsroom". Alice Springs colleague Glenn Morrison wrote that “Lex didn’t suffer fools well and took no prisoners in an argument. He had an extraordinary general knowledge and a wicked sense of humour. I’m tempted to say God bless you mate, but I know that would quickly segue to an argument over the unlikely existence of such a deity … so I’ll just say cheers.”
Neither Mike nor Lex, I feel, would have experienced an ultimate orgasm in death. Both, it turns out, suffered long and painfully, and while the end would have been some sort of release, it would not have been a pleasant one. And perhaps it would be just as well if there isn’t a bar upstairs, a drinking hole for them to meet and chat. I doubt if they’d find much to agree about. 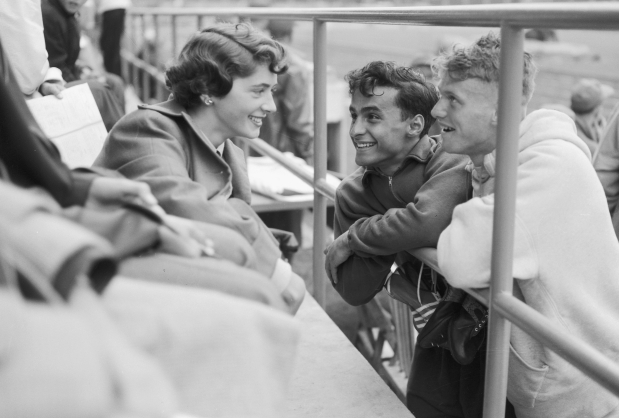 Posted by Robert Messenger at 22:55

Never trust a plagiarist ... as recent US events have emphasized.

I love that final photo.