Why a Typewriter Connection Helps in Olympic Games Golf 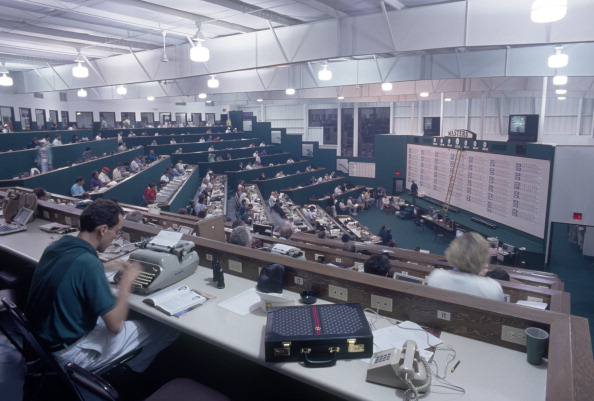 Outdoor sport? Covering the US Masters golf tournament at the Augusta National in 1990.
With the British Open golf championship about to begin at Royal Troon - a testing links course which boasts holes called Gyaws, The Fox and Tel-el-Kebir, nestled in one of my favourite parts of the world, Ayrshire in Scotland - it's opportune to tee off our 2016 Olympic Games coverage. Golf returns to the Olympic Games, at the Campo Olímpico de Golfe in Rio de Janeiro in the middle of next month. It was last an Olympic sport at the 1904 St Louis Games. Sadly, it seems that with 16 of the world's leading 100 male professional golfers deciding to stay away from Rio, in the main because of fears of contracting the Zika virus, this year's Olympic tournament will be almost as unrepresentative of the sport internationally as the St Louis event was. Among those missing from Rio will be six of the Top 10, including Australian world No 1 Jason Day and No 8 Adam Scott, and Americans Dustin Johnson and Jordan Spieth. Irishman Rory McIlroy is also out. That leaves Bubba Watson to lead the way - with Briton Justin Rose not far behind. 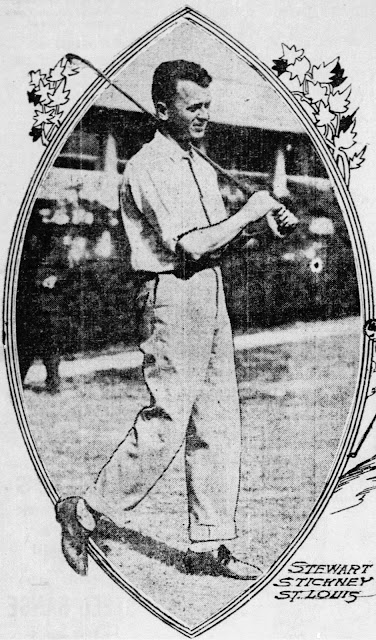 But if I were a betting man - which thank the Lord I'm not, sir - I'd be looking for someone with a connection to typewriters. That's because at the last Olympic Games golf championship, in 1904, two St Louis amateurs with close ties to the typewriter industry were to the fore. They were Stuart Grosvenor Stickney (above, 1877-1932) and his younger brother William Arthur Stickney (1879-1944), cousins of the famous Manhattan typewriter patent attorney (and alleged typewriter inventor), Burnham Coos Stickney (1864-1937). I say "alleged" because Coos Stickney had a cosy arrangement - if would-be typewriter inventors didn't pay up for his services, Stickney would simply claim the inventions for himself. And as an attorney, he did pretty well from"typewriter inventing" - 85 typewriter patents, no less, between 1896 and 1915 alone. And yet not one single Stickney typewriter was ever made! 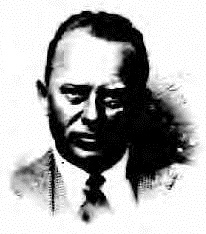 At the 1904 St Louis Olympics, the Stickney brothers (Arthur left, Stuart right) each picked up silver medals in the team's event, representing the Trans Mississippi Golf Association. The individual winner was the seasoned Canadian George Seymour Lyon (below, 1858-1938). Lyon was a former cricketer who used a "coal-heaver's swing" - his style was said to be akin to "using a scythe to cut wheat". Lyon hit a golf ball the same way he attacked a cricket ball, such as when he scored a Canadian record 238 runs in a club match in 1894. 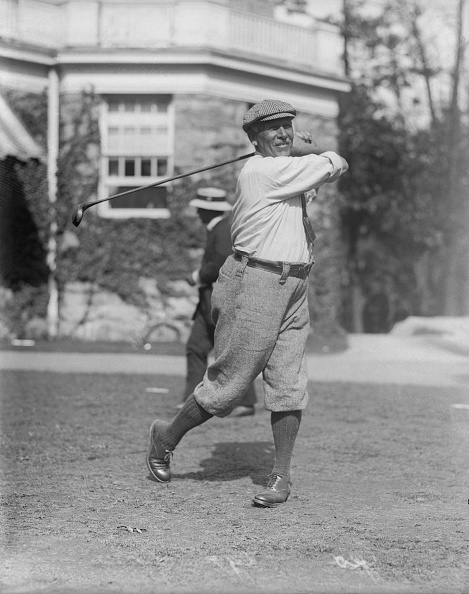 Lyon's win in St Louis wasn't all that memorable, even for Canadians. When he died in 1938, the Winnipeg Tribune said he'd won a "tournament described as the 'Olympic championship' (its quotation marks, not mine) held in conjunction with the St Louis World Fair." All very accurate, but the Tribune clearly didn't think it was Lyon's greatest sporting achievement. Lyon set out to defend his gold medal at the 1908 London Olympics, but no-one else wanted to compete, so the medal was offered to him by default. He refused to accept it. 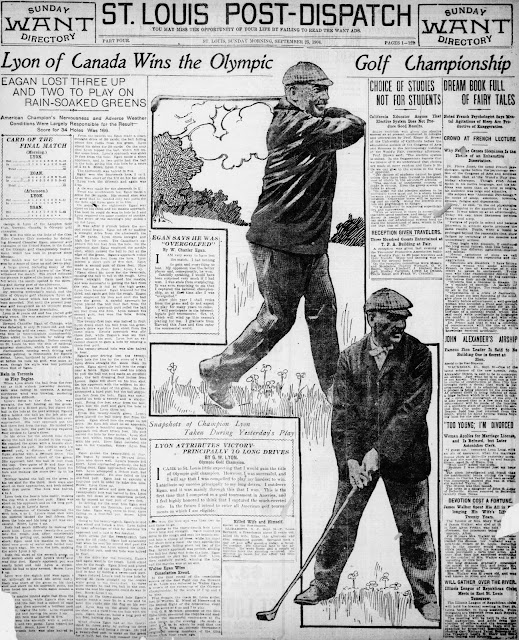 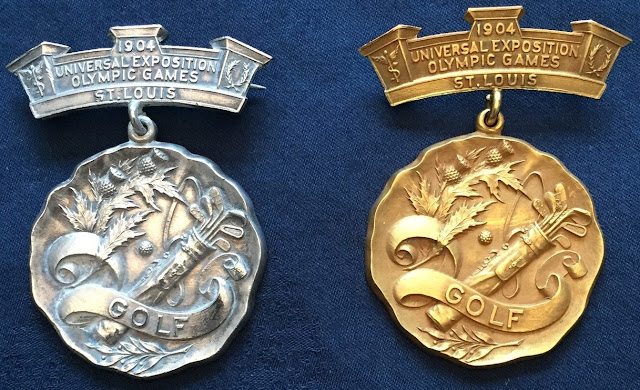 I have to admit I have never considered South America a golfing continent, although two of the most memorable stories of my sports writing career came from there. The first was the World Cup in Buenos Aires in mid-November 1970, when Australians David Graham, then just 24, and Bruce Devlin won the event by a massive nine strokes. The Australian total of 544, 31 under par, was a record, beating the 548 set by Arnold Palmer and Jack Nicklaus in Japan in 1966. Graham's individual 72-hole total was 270, a whopping 18 under par, beating Sam Snead's record of 272. A fortnight earlier I had covered the Dunlop International at Royal Canberra when Devlin again provided some unforgettable moments - though he, San Diego's Bill Brask, and Lee Trevino, were all beaten off in the end by Gary Player. My other great South American golf yarn came from an Argentinian tyro, Río Cuarto lawyer Horacio Carbonetti, who brought the daunting Muirfield links course to its knees on the morning of the second round at the 1980 British Open with a tournament leading (albeit briefly) course record 63. My Olivetti Lettera 32 portable typewriter was singing in the Scottish breeze that day! 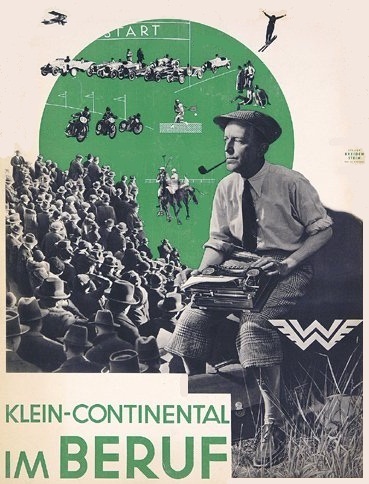 Posted by Robert Messenger at 01:01

Wow, he drug a Royal Empress all the way there! Tell me, Robert, when typing stuff for an event you're watching in real time, how detailed did you get? Did you just jot down important moves that you'd elaborate on later, or did you write full paragraphs?

Hi Taylor. In the main, when working overseas, I was usually fortunate enough to be in "deadline friendly" timezones. Australia and NZ are close enough to the international dateline for most of the rest of the world to be "behind" us. So yes, I was taking notes and then sitting down and typing later, usually with a bit of time to think. Press centres like the one you see here were handy, because you could leave our portable there and head off out on to the course for the best part of the day. Happily, the amazing story of Horacio Carbonetti fell at just the right time for me - in Scotland late Friday morning, in Australia late Friday night, just ahead of deadline. So I knew I had that story to myself, at least for Australian consumption - a bit of a "scoop" for me!

Great opening photo and I hope they packed their mosquito repellant!