Born on the Fourth of July: The Hunt for E.J.Brady's Typewriter 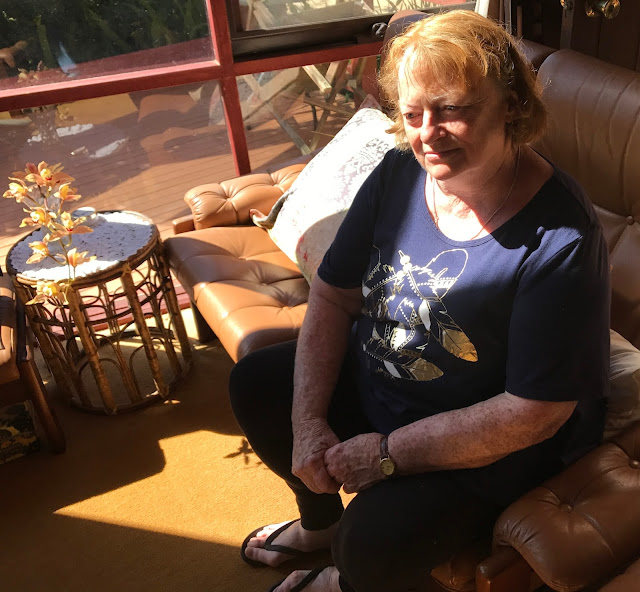 For five months now I have been on the hunt for the typewriter once owned by the great Australian writer and poet Edwin James Brady. Imagine my delight when, early yesterday morning in Mallacoota in East Gippsland, Victoria, I managed to track down Brady's only surviving child, his youngest daughter, Edna June Brady. Yes, her father did use a typewriter, Edna told me, although it was her artist mother Flo who did most of the typing. And yes, as far as she knew the typewriter was still in existence, in the possession of a woman, a history researcher who also lived in Mallacoota.
Before I left to continue my search, Edna went to her bookshelves and handed me a copy of her book Mallacoota: A Love Affair in Poetry and Prose.  In it I came across this photo taken in 1951 of Edna, aged five, with her parents. Edna was born in Bega on the Fourth of July 1946, when her father was a month shy of 77 and her mother, Florence Jane (née Bourke) 41. Edna was an only child of this marriage, but Edwin had six children from a previous relationship, one of whom, a daughter called Norma Moya Brady (later Mrs 'Tuppy' Luckins), earned a living as a typiste. 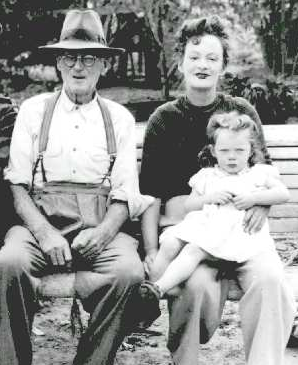 The relevance of Edna being born on the Fourth of July, and being called Edna June, was explained by renowned columnist Gilbert Mant in the Sydney Sun in September-October 1946: 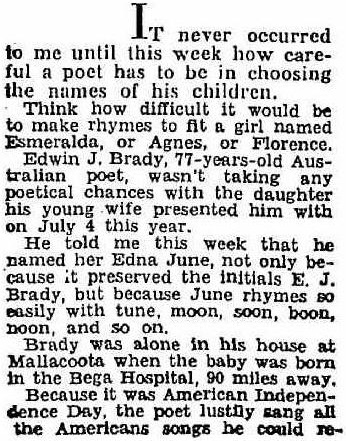 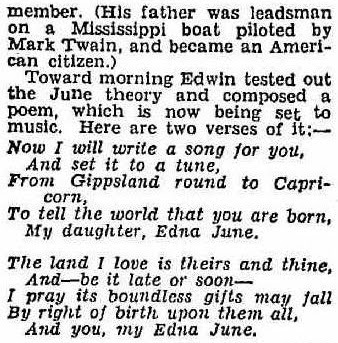 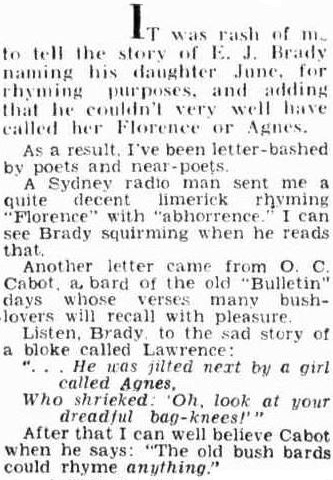 Edwin Brady had first become of interest to me back in June this year when, learning I was about to visit Mallacoota for the first time, a friend told me the story about how the great Henry Lawson had gone to Mallacoota to meet Brady in 1910. The photo of this momentous occasion, below, was taken by fellow journalist and historian Thomas Davies Mutch (1885-1958), who accompanied Lawson from Sydney to Mallacoota. Mutch's photo later became the basis of a mural at the fishing boat ramp on the foreshore at Mallacoota, an artwork which includes Brady's young son Hugh, who was aged seven at the time of the Lawson meeting. 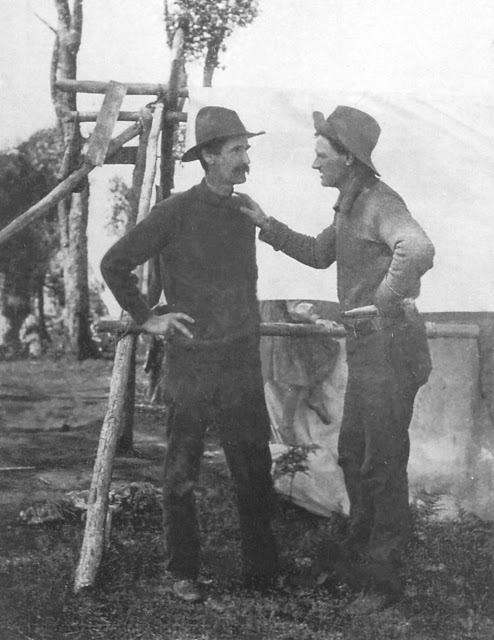 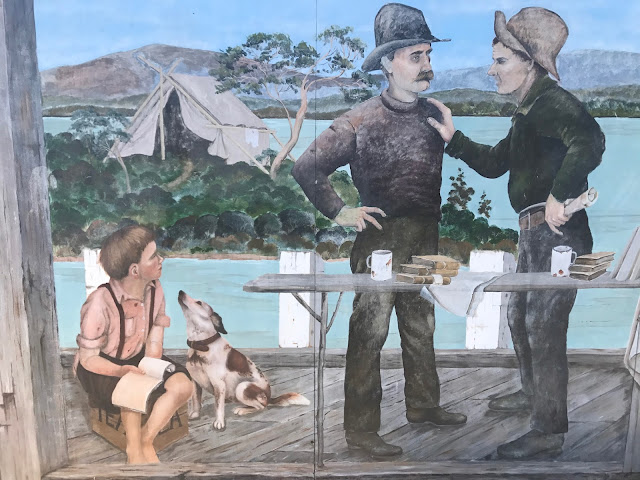 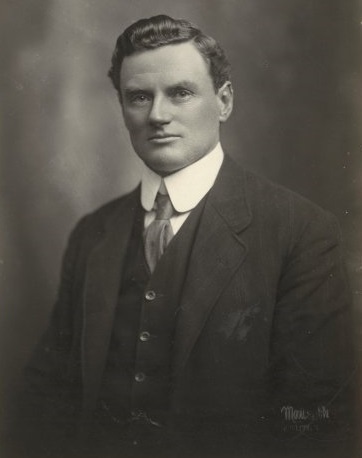 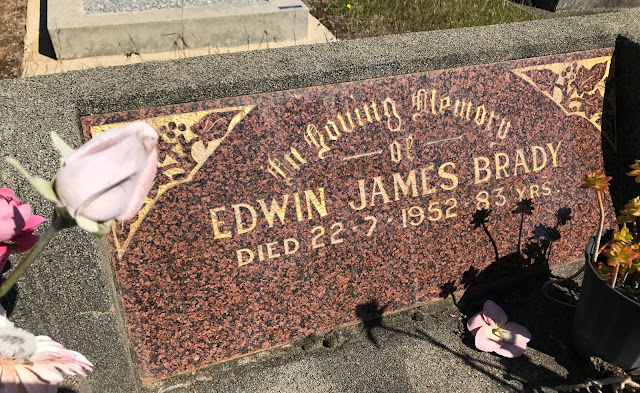 Above, the headstone on Brady's grave in the Mallacoota cemetery and below, a marker at the spot on the headland at Mallacoota where Lawson and Brady met: 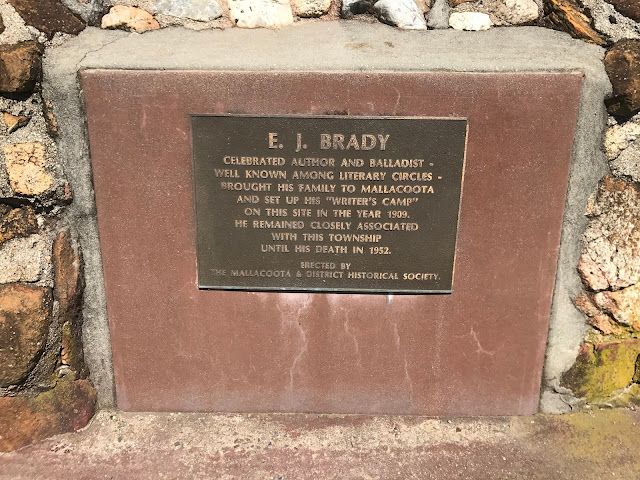 Below is the view today from the marker, and the writers' camp, and a 1951 painting by Flo Brady of the view from the Brady home across to the Mallacoota bar, which Lawson had so famously written about: 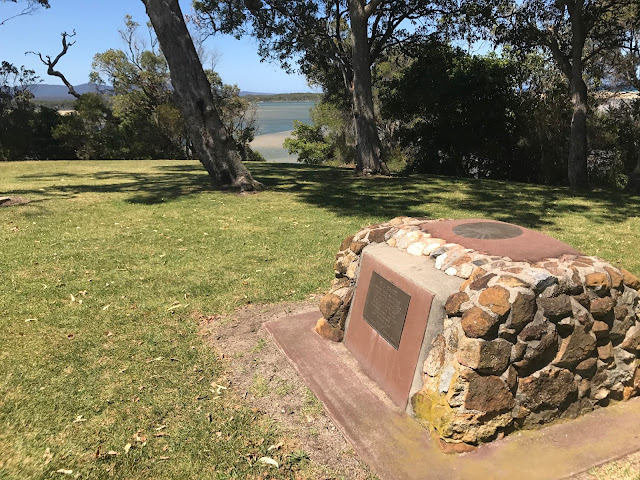 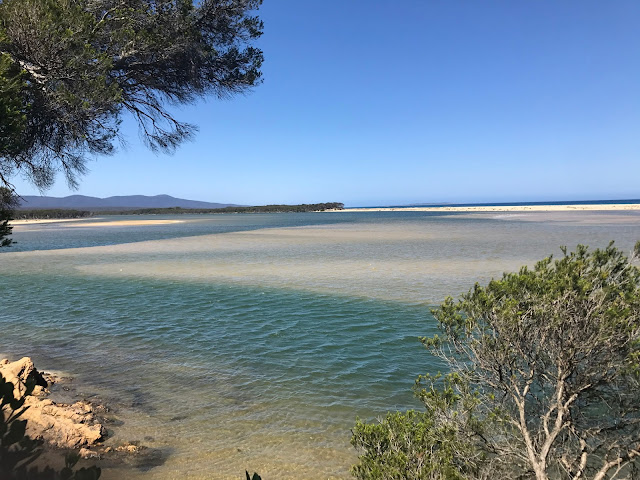 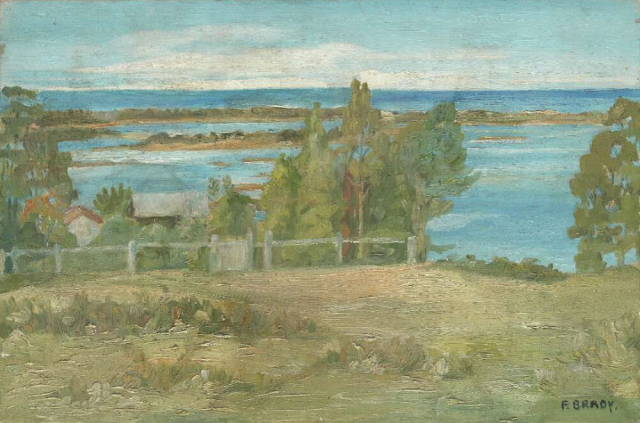 As for Brady's typewriter ... well, sad to say it has gone missing. I did make contact with the woman Edna entrusted it to, but she had given it to a nephew and there is now no trace of it. I shudder to think where it might have finished up! It's certainly not the one used below for an image to promote the annual E.J. Brady writing competition. Still, it would be wonderful to be able to find Brady's actual typewriter, especially since he gave the great New Zealand writer Katherine Mansfield her first break, he befriended the Australian writer Katharine Susannah Prichard (she also visited Brady in Mallacoota) and he inspired the great Australian writer Miles Franklin. 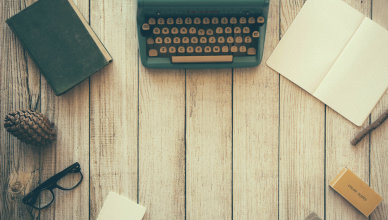 The reason being, we know where the typewriters used by Mansfield, Prichard and Franklin are - Mansfield's Corona is in a museum in Wellington, New Zealand, Prichard's Remington, restored by me, is at a writers' centre in Western Australia, and Franklin's Corona is with me: 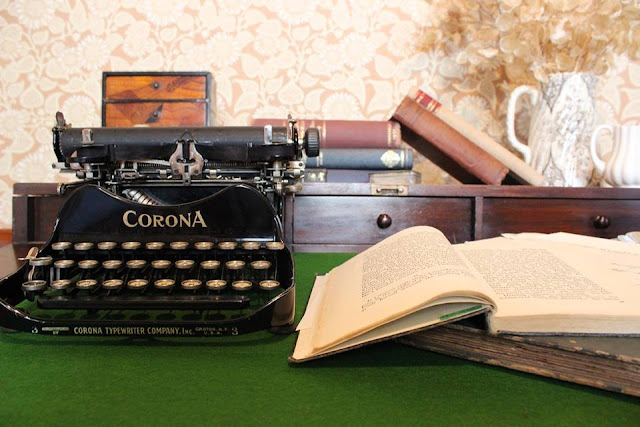 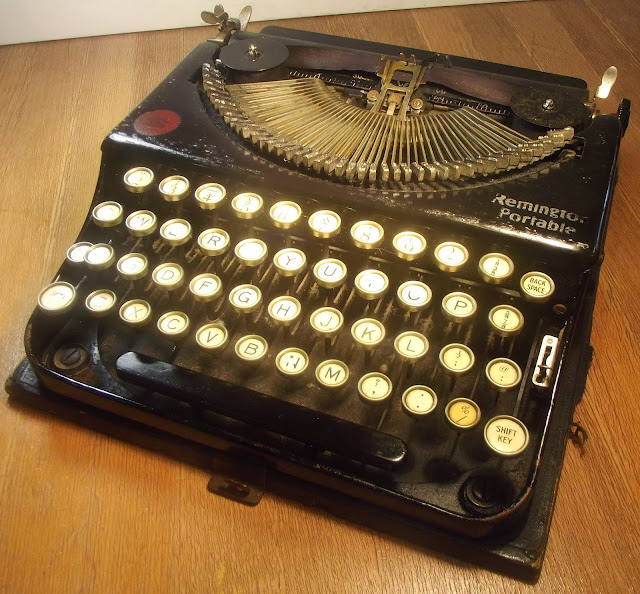 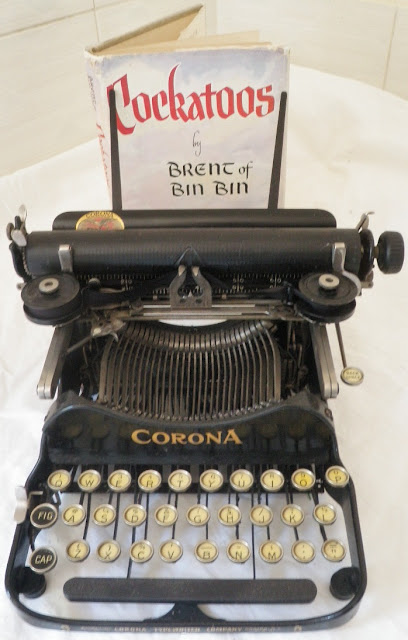 Posted by Robert Messenger at 07:47

That would have been fantastic if you had located the typewriter.

Hey can you please tell me how to do tabulature on the Facit T2? I can't work it out. Many thanks. richardhillier1969@gmail.com

Nice post - thanks. In case you didn't know, Eleanor Dark's typewriter is in the little public library at Mapleton in the Sunshine Coast hinterland in Queensland. I've seen it there and it's in good condition (with a page of 'Lantana Lane' in it). Strictly speaking, she had two. This is the one she bought when they came to live in Montville in the 1950s, leaving the other one in Katoomba. Too heavy to lug around.
Cheers,
Pat Buckridge