Hanoi Typewriters: or How I Popped in on Ho Chi Minh's Baby Typing 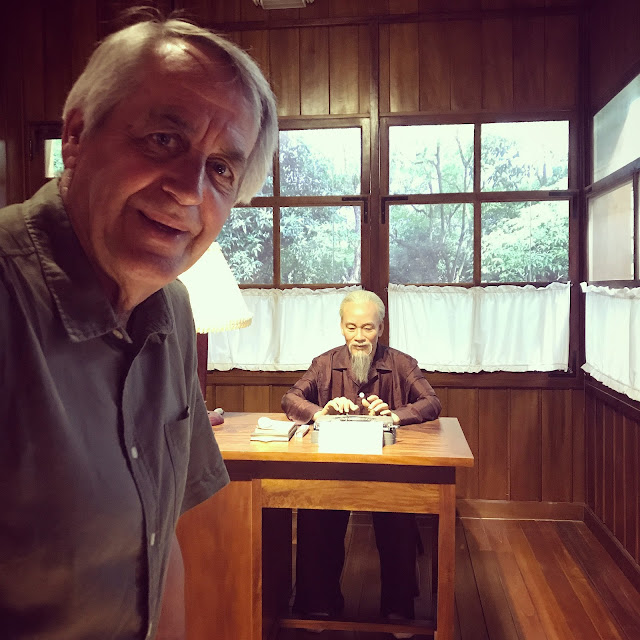 At the top of a long list of things to do in Vietnam a few weeks ago was to track down Hồ Chí Minh's Hermes Baby portable typewriter in the Hồ Chí Minh Museum in Hanoi. That didn't take very long. And although it's ridiculously obscured in a pyramid-shaped glass display cabinet, I was still able to get a pretty good look at it. What I wasn't expecting to find was a wax figure of Uncle Ho typing on another Hermes Baby, at a desk set up just a few yards away on the same floor of the museum. This second, later model Baby has a Vietnamese keyboard, unlike the Baby that Ho actually used, which has a French keyboard. The museum has many original documents typed by Ho, and I was told by an Australian anthropologist that the accents and descenders were usually added by hand on top of or below the typed characters. 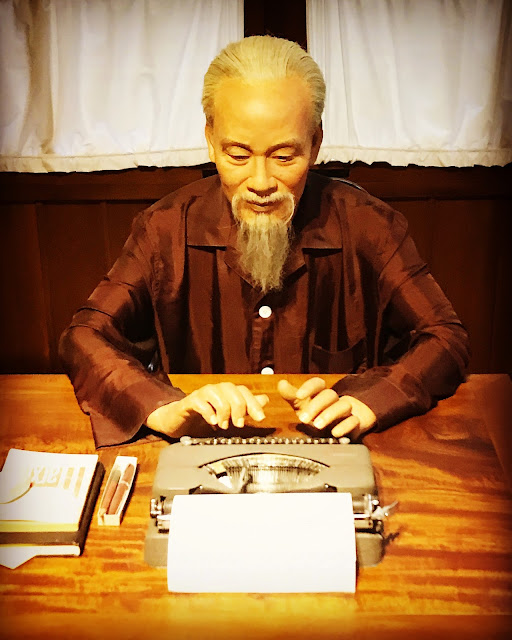 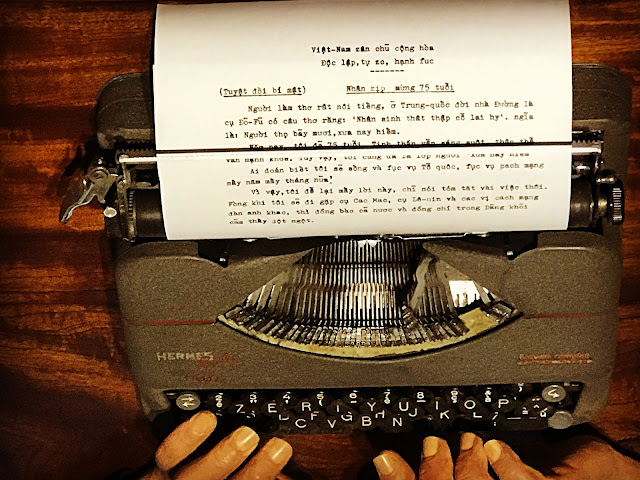 Note the care the curators have taken so that Ho's wax fingers are positioned exactly as they are in the photo below: 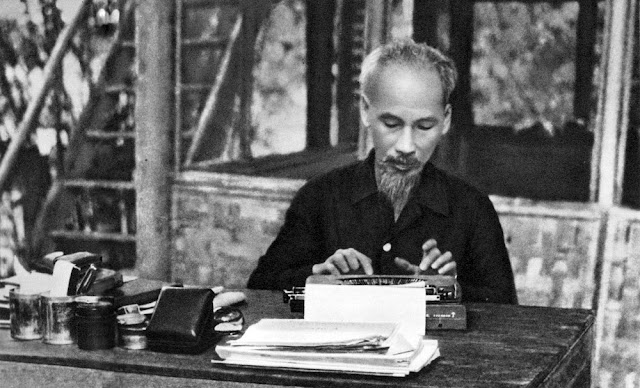 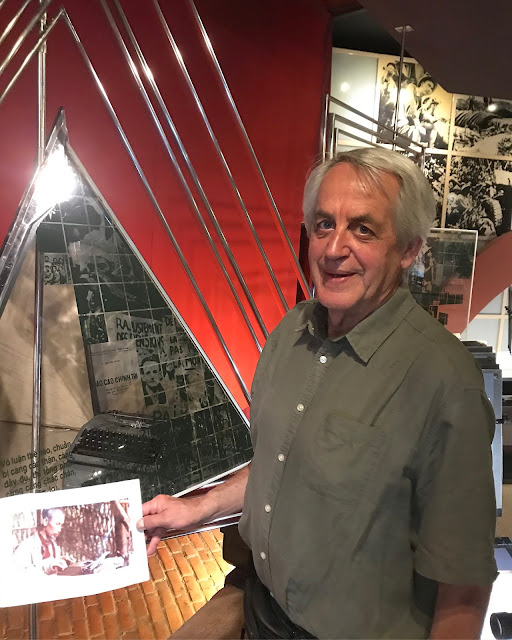 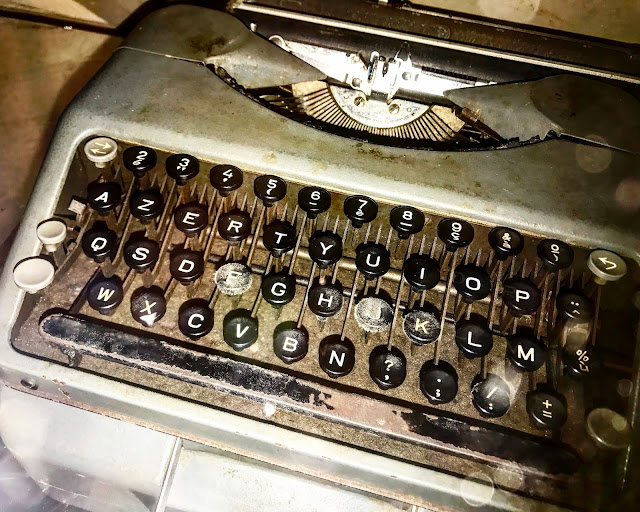 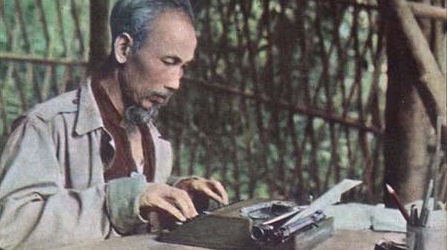 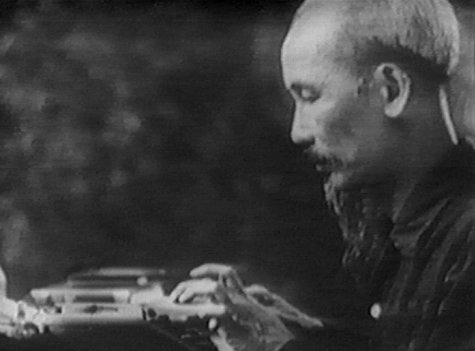 The Olympia Traveller we found in the Indigo store said "No touch" but the temptation just to brush off some of the surface crap was enormous. And I don't think there'd be too many takers, whatever the price. Still, it was interesting to compare the keyboard layout with Ho's later Baby. 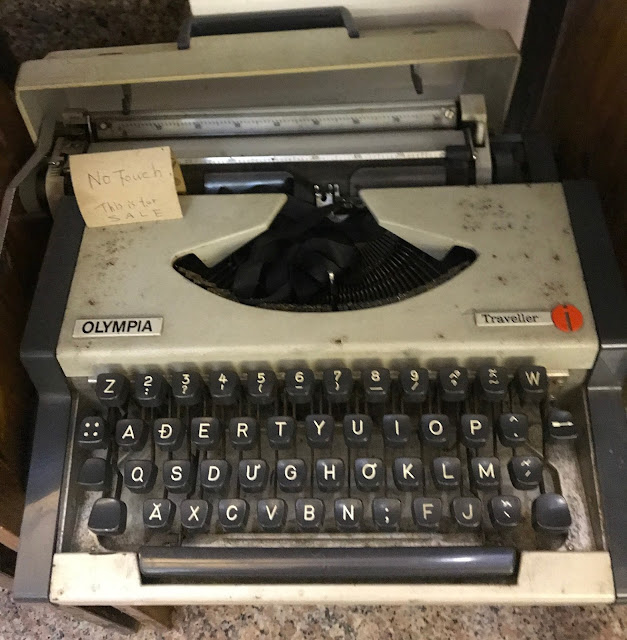 The manufacturer's logo on the back of this seriously dilapidated model in a restaurant was vaguely familiar, but I'm still trying to work out what the brand is. 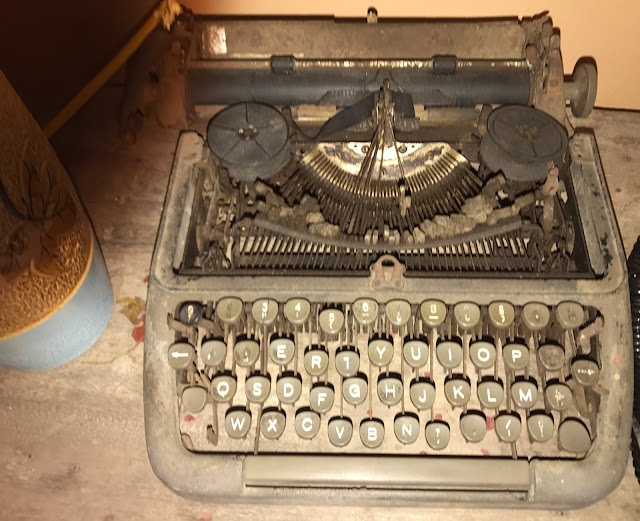 Later, on the other side of the city, in the French Quarter, we visited the Grand Hotel Metropole, where this typewriter image was at the top of a display about famous writers - Graham Greene (The Quiet American was set in Vietnam, of course) and Somerset Maugham in particular - who had stayed at and written in and about the old hotel. 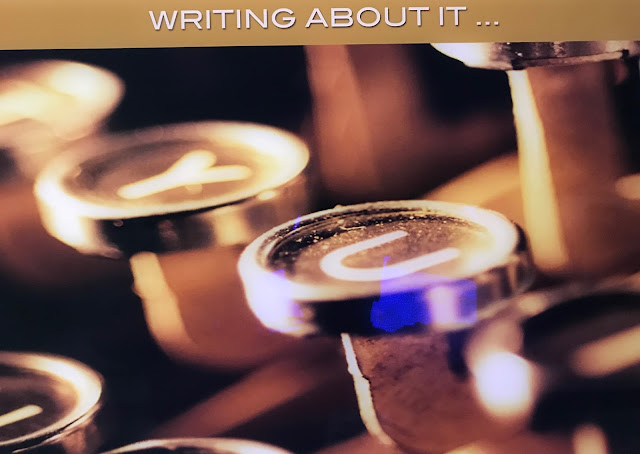 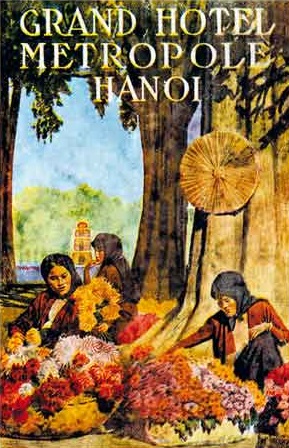 Then it was on to the Vietnamese Women's Museum, where I knew I'd find the Voss typewriter used by "The Rose of the Barbwire Forest", Bà Ngô Bá Thành, who was such a vigorous campaigner for women's rights during the Vietnam War that Nguyễn Văn Thiệu's regime had her kidnapped. 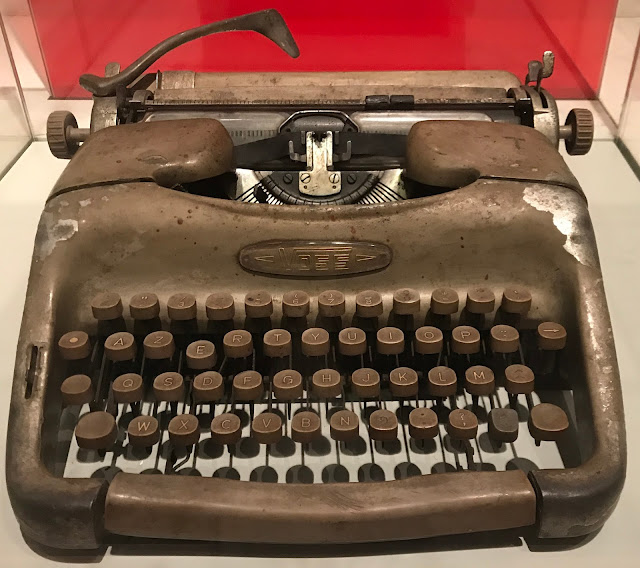 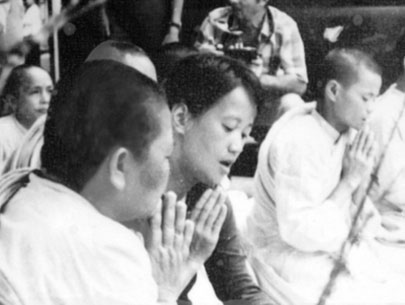 We couldn't find the Olivetti Studio 42 in the traditional Vietnamese home in the Old Quarter (it had been moved), but the typewriter hunts in Hanoi were so much fun it was worth getting drenched to the skin from being caught in a sudden Monsoon thunderstorm. 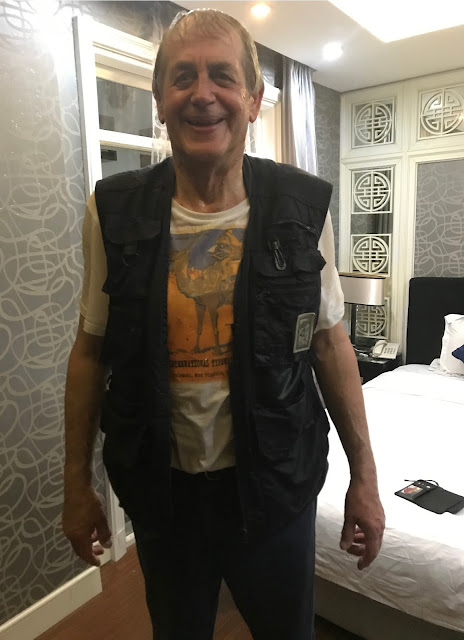 And there was always plenty of coloured paper for me to type on: 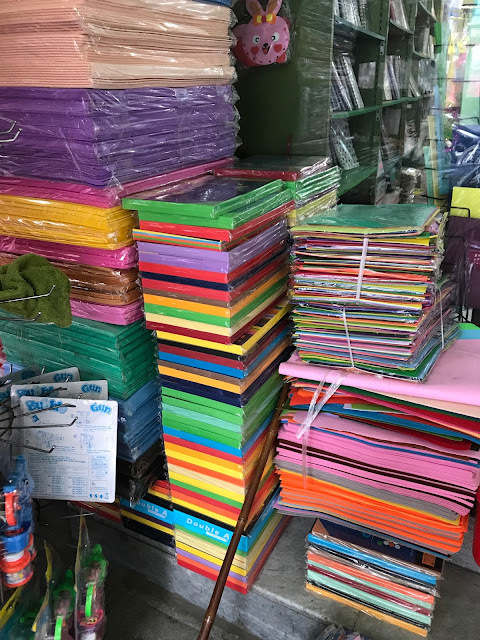 Posted by Robert Messenger at 17:08

Looks like you had a great time on your visit.
I've found many of the Vietnamese papers to be fine with a fountain pen also.

Robert, might that unidentified typewriter (sans ribbon cover) be a Tippa?

Don't know whether the Ken Burns Vietnam documentary miniseries has been shown in Australia yet (it debuted in the US in September), but your piece brought back a lot of memories of the series, and of course Ho's place in the history of the country.

My God, the tropical climate is really tough on typewriters.

Is that mystery machine an Erika 10?

It's good to read your blog again. Thank you for the update.

I think Erika 10 seems the most unlikely. However, the symbol on the back could best be described as a circle, or inverted fan shape, with a sort of torch in the middle piercing the upper edge of the outline. I know Ive seen it somewhere, but can't now track it down.

This posting on the typewriter database shows some logo on the back of the machine that could be what you described
http://typewriterdatabase.com/1957-erika-10.6070.typewriter

Paul has solved the mystery, that's the logo all right!