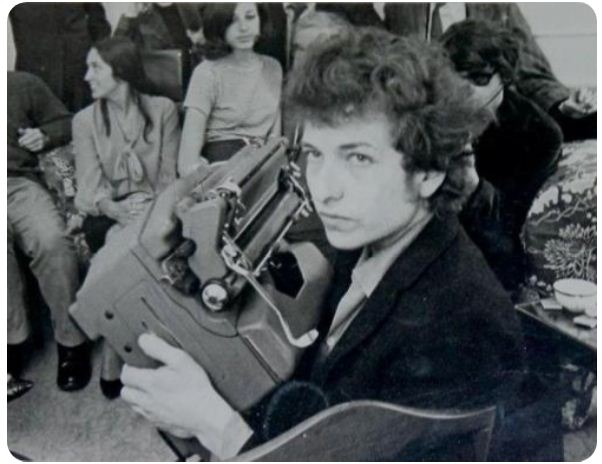 Staying on the subject of Nobel Prize in Literature winners and nominees for the time being, I offhandedly asked Harriet the other day, "Who was the last Nobel Prize Laureate to use a typewriter?" I expected and got the answer "Bob Dylan"*. Yes Dylan, the 2016 prize winner, is known to have used a range of typewriters, from a Royal Caravan to an Olympia SG1, an Olivetti Lexikon 80 and Olivetti Lettera 22 and 32 portables. To my surprise, I found Dylan was also seen in Britain in the mid-60s showing inordinate affection for an Imperial 65. (As great a typewriter as the Imperial 65 is, I must confess I've never felt a compulsion to hug one!) 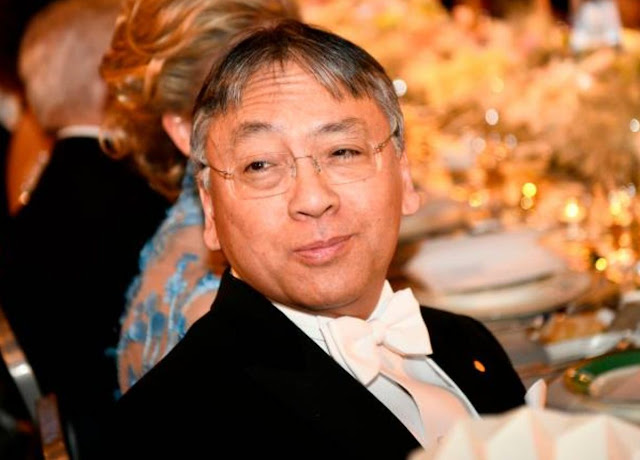 Kazuo Ishiguro at the Nobel Prize presentation dinner in Stockholm.
Strictly speaking, however, we were both wrong, as I subsequently discovered last year's Nobel Prize winning author Kazuo Ishiguro used a Brother AX-10 electronic typewriter to write his 1989 Man Booker Prize-winning novel The Remains of the Day, as well as the telescript The Gourmet and "the bulk of" The Unconsoled.

Ishiguro bought the "wedge" typewriter at the Ryman Stationery store near Covent Garden in London in 1987 (centre, above). The machine was made at Wrexham in North Wales. 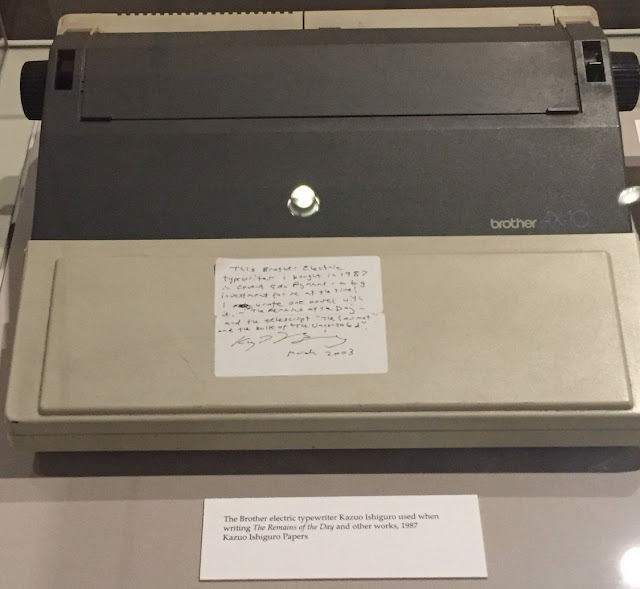 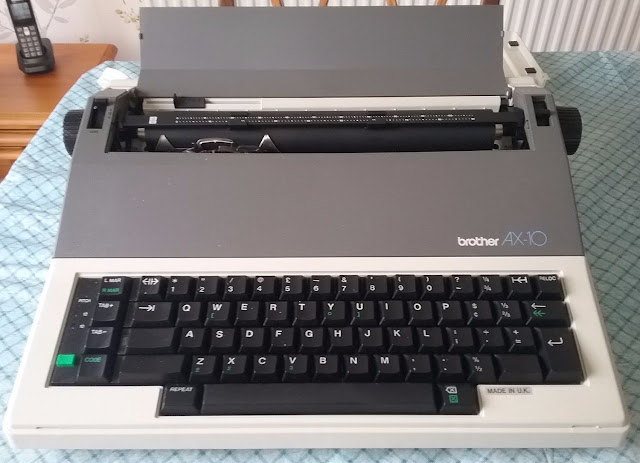 Ishiguro was born in Nagasaki on November 8, 1954; his family moved to England in 1960. His 2005 novel Never Let Me Go was named by Time as the best novel of 2005 and included in its list of the 100 best English-language novels from 1923 to 2005. In naming him last year's Nobel Prize Laureate, the Swedish Academy described Ishiguro as a writer "who, in novels of great emotional force, has uncovered the abyss beneath our illusory sense of connection with the world".
Ishiguro has a further "typewriter connection", though tenuous. His father, Shizuo Ishiguro, a physical oceanographer, moved the family to Guildford in Surrey after being invited to research at the National Institute of Oceanography. In 1984 he patented what has been called a kind of "Braille typewriter" - in fact it is "an electronic apparatus for aiding the blind to read ordinary printed letters" (see below). 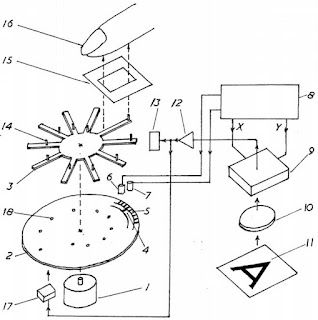 Kazuo Ishiguro's use of an electronic typewriter may well be seen to signal that time Ted Munk has been warning us about for some years - that what I call "wedges" will "have their day". They might not yet have the same appeal as manual typewriters, but perhaps as the remaining stock of old manuals continues to be exhausted and prices for them keep on skyrocketing, it is not all that far away.
Then again, if some part of the on-going appeal of manual typewriters lies in their use by Nobel Prize-winning authors, our critical question - "Who was the last Nobel Prize Laureate to use a typewriter?" - could well get a new answer. 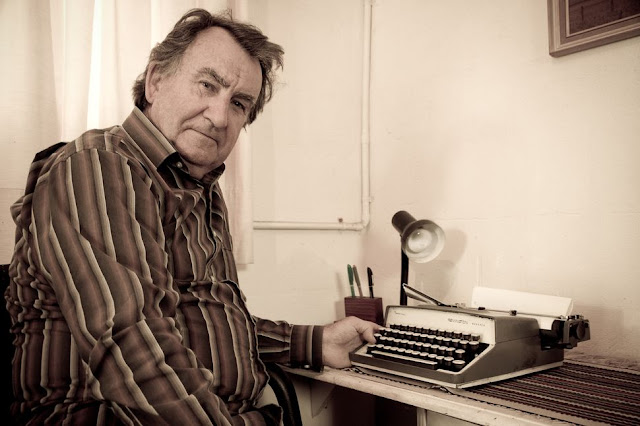 Late last month The New York Times boldly asked, in a banner headline, "Is the Next Nobel Laureate in Literature Tending Bar in a Dusty Australian Town? With the publication of two new books, Gerald Murnane might finally find an American audience." The article, by Mark Binelli, was about Goroke-based writer Murnane, who still uses a Remington Monarch portable typewriter, as well as other manual models (yes, he is on Richard Polt's list of Writers and Their Typewriters). Goroke is a tiny town in the Wimmera region of western Victoria (population of 623), close to the South Australian border. It takes its name from the Aboriginal term for the Australian magpie.

Binelli quoted Murnane as saying, "In 1979 I taught myself to type using the index finger of my right hand alone. Since then, I have composed all my fiction and other writing using the finger just mentioned and one or another of my three manual typewriters." Binelli went on, "A strong case could be made for Murnane, who recently turned 79 [on February 25], as the greatest living English-language writer most people have never heard of. Even in his home country, he remains a cult figure; in 1999, when he won the Patrick White Award for under-recognised Australian writers, all his books were out of print. Yet his work has been praised by J.M. Coetzee and Shirley Hazzard, as well as young American writers like Ben Lerner and Joshua Cohen. Teju Cole has described Murnane as 'a genius' and a 'worthy heir to Beckett'. Last year, Ladbrokes placed his odds at winning the Nobel Prize for Literature at 50 to 1 — better than Cormac McCarthy, Salman Rushdie and Elena Ferrante."

If Ladbrokes are on the money, as they most often are, the last Nobel Prize Laureate using a manual typewriter might well be Murnane. He's hardly likely, it seems, to switch to anything electronic or computerised at this late stage of his life. 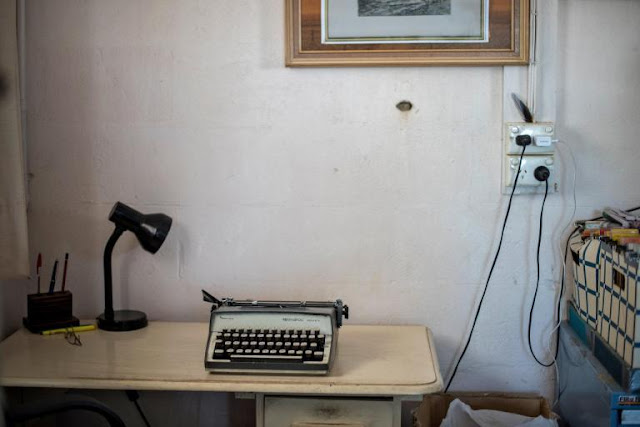 *Before Dylan, perhaps, Doris Lessing. But who was the first Nobel Prize-winning writer to use a typewriter, I wonder? Maurice Maeterlinck (1911)? Gerhart Hauptmann (1912)? Romain Rolland (1915)? Or George Bernard Shaw (1925)? 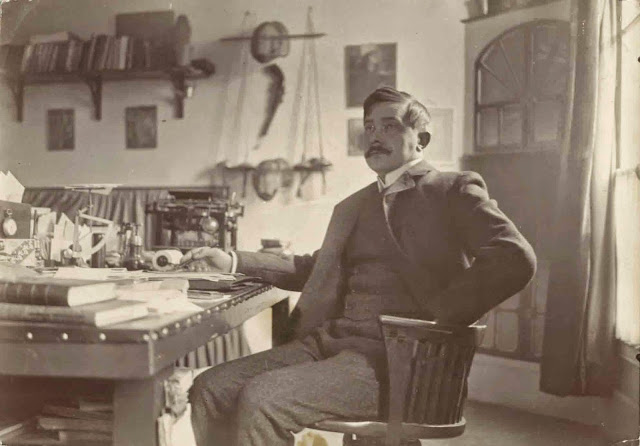 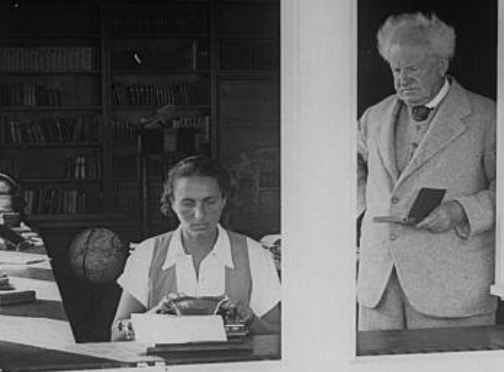 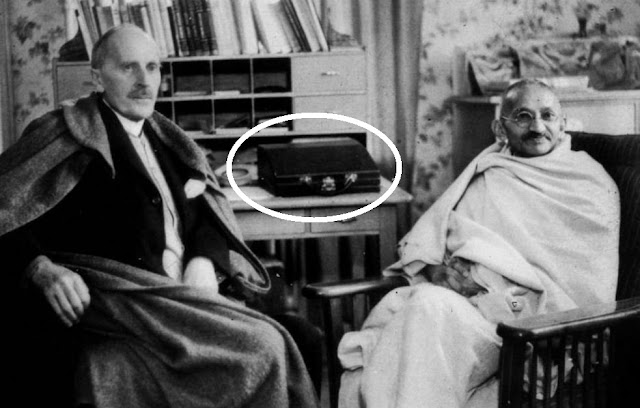 Rolland with Mahatma Gandhi - whose typewriter is it? 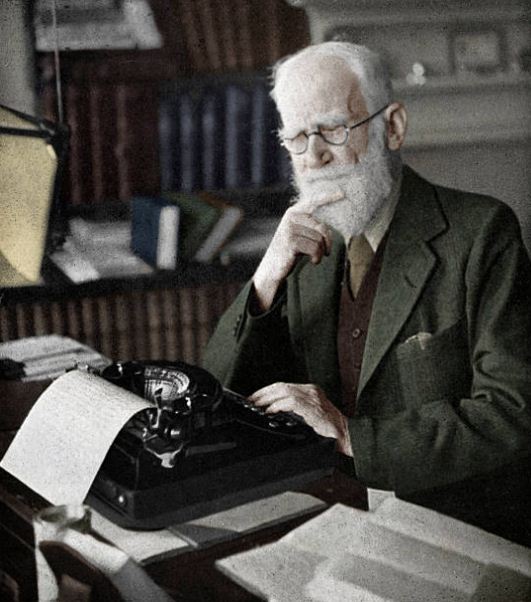 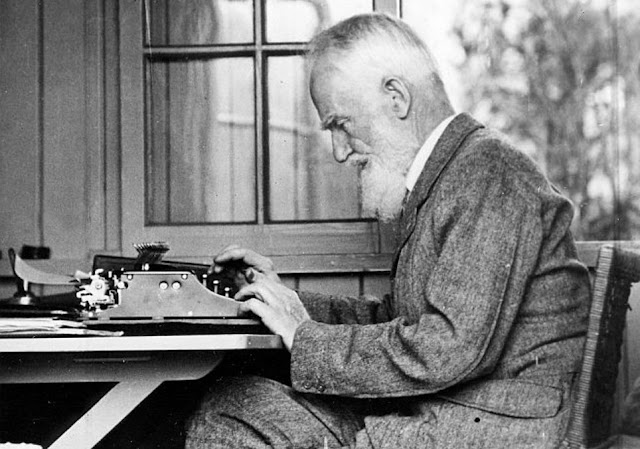 While I saw the fine movie when it came out, I belatedly read "Remains of the Day" only a couple years ago. I've always been startled and impressed that such a minute examination of the British class structure could come from a non-native. And now I'll appreciate the book even more, knowing is was composed on a typewriter.

The Brother AX-10 is a real writer's writing machine! It may be a 'wedgie', but it is built to the best standards of construction, for a non-office, non-professional machine. The chassis is all metal, and the carriage transport uses sintered bronze bushes on a stainless shaft, large drive motors with metal precision-cut gears driving a stainless wire cable for a deliciously brisk action.

With the story raging in your head, and acceptable technique, one could easily do 50% more pages per day with the AX-10 than any manual mechanical typewriter, and a good typist, maybe double. The ease of use, the lightness of the keyboard, the reassuring accuracy of the printing, quickly engender such confidence that the operator can enter the "Zone" where thoughts just appear on the page as if by magic, scrolling off endlessly to the left...

Later models, when the dread "been counters" gained ascendancy, came with plastic drive gears on little tiny motors, and plastic clip-together chassis construction. Accuracy and feel went out the window, but it was deemed to be 'good enough' for mass consumption, and the profit margins were much higher.

Very good post Robert. Yet another author I never heard of, but I won't be heading out to get his books. I've yet to finish the last ones I found from an author never heard of on your blog; Moritz Thomsen.

Wedges may be nice, but like electrics; Will parts be available to keep them running decades from now? A manual can always be kept working, and probably much easier to find a part to keep it so than any wedge or electric.

That said, there is still nothing wrong with using a wedge or any electric. They are quite fun to use as long as there is electricity.

I'd consider Ishiguro a native Briton, considering he moved there when he was six.

I think perhaps writers will be winning Nobels with typewriters for the forseeable future, now that it's become vogue again. it's not like they're a shortage of the machines. (:

Now I'm intrigued to find an early AX-10. Mr Lawrence does a good sales job on it. :D