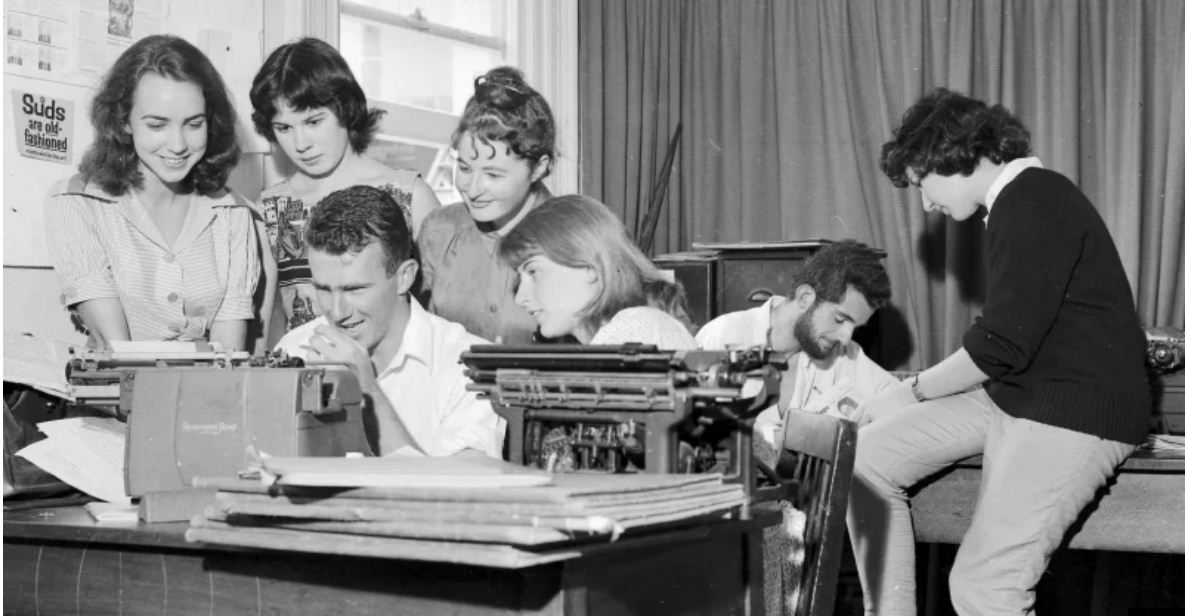 Clive James at a Remington Rand standard manual typewriter, surrounded by other University of Sydney art students preparing the Orientation Week issue of Honi Soit in February 1960. From left, Marie Taylor, Jane Iliff, Madeleine St John and Sue McGowan watch James typing while the editor, David Ferraro, and Helen Goldstein plan other pages.
Australian critic, broadcaster and poet Clive James died last Sunday at his home in Cambridge, England. He had battled B-cell chronic lymphocytic leukemia, emphysema and kidney failure for almost a decade. James was most famous as a television critic with a wry, deadpan humour, particularly on his own program, . . . on Television, screened between 1982-88. The show highlighted unusual and often unintentionally amusing television programs from around the world, notably the Japanese TV show Endurance. From 1988-90 James hosted the BBC's similarly-formatted program, Saturday Night Clive. 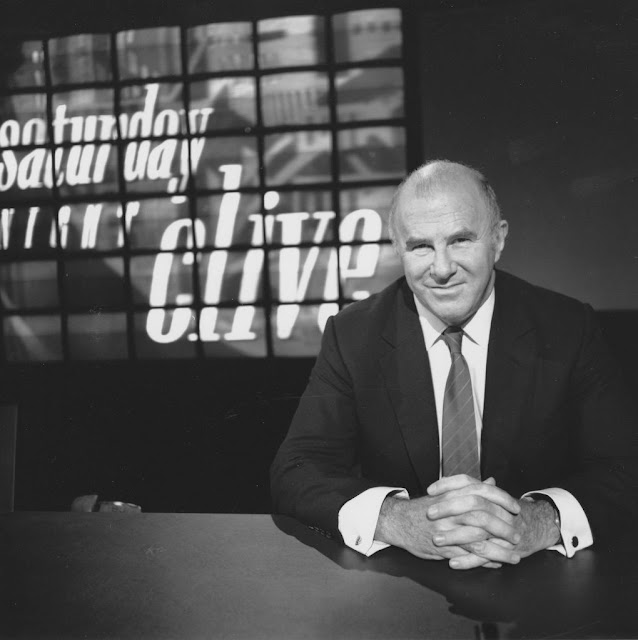 James was born Vivian Leopold James in Kogarah, Sydney, on October 7, 1939. He changed his name because Gone With the Wind made  Vivian "irrevocably a girl's name, no matter how you spelled it". He adopted Clive from Tyrone Power's character, Clive Briggs, in the 1942 romance This Above All. James's father, Albert Arthur James, was taken prisoner by the Japanese during World War II. He died when an American B-24 carrying freed allied POWs from Okinawa to Manila ran into the tail of a typhoon and crashed into mountains in Taiwan. 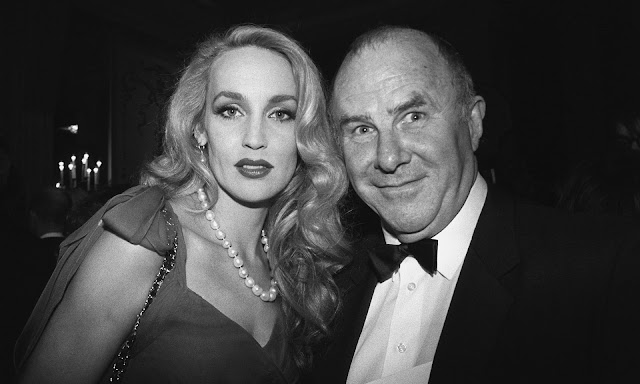 With Mrs Rupert Murdoch.
Clive James was educated at Sydney Technical High School and the University of Sydney and became associated with the Sydney Push, a libertarian intellectual subculture. He worked for a year as an assistant editor for the magazine page at The Sydney Morning Herald. 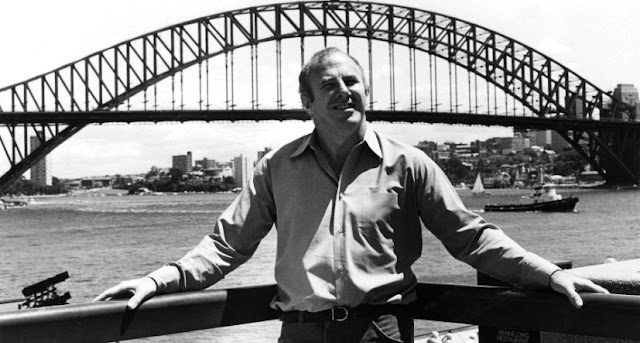 In 1962, James moved to England, where he gained a place at Pembroke College, Cambridge, to read English literature. He was television critic for The Observer from 1972-82, writing reviews that were "so funny it was dangerous to read [them] while holding a hot drink".
James was able to read, with varying fluency, French, German, Italian, Spanish, Russian and Japanese.
Posted by Robert Messenger at 12:37

The New York Times obituary and career-appraisal page for James were full of wonderful quotes, including one where James compared his own looks to "a bank robber who forgot to take the stocking off his head," and his comment that the singer Perry Como resembled "a man who has simultaneously been told to say ‘Cheese’ and shot in the back by a poisoned arrow."

Clive James was little known in the US, where the very idea of a bona fide intellectual becoming a figure in popular culture is ludicrous. I loved what little I've read by him.