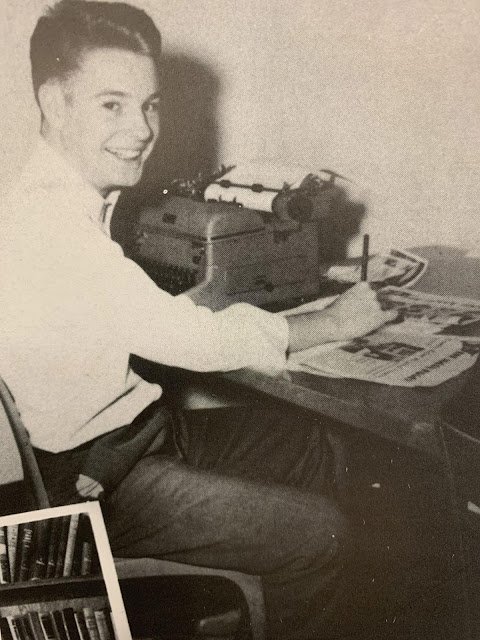 Jim Lehrer working with a Royal KMM standard manual typewriter
while editor of his college newspaper.
American journalist Jim Lehrer died at his home in Washington DC on Thursday, aged 85.  James Charles Lehrer was born on May 19, 1934, in Wichita, Kansas. He graduated from Thomas Jefferson High School in San Antonio, where he was a sports editor for the Jefferson Declaration. Later he graduated with an associate degree from Victoria College, and a bachelor's degree in journalism from the Missouri School of Journalism at the University of Missouri in 1956. In 1959, Lehrer began his career in journalism at The Dallas Morning News and worked as a reporter for the Dallas Times-Herald, where he covered the assassination of John F. Kennedy in 1963. He was a political columnist there for several years, and in 1968 he became the city editor. Also a novelist, screenwriter and playwright, Lehrer was the executive editor and a news anchor for the PBS NewsHour, known for his role as a debate moderator during US presidential election campaigns. He authored numerous fiction and non-fiction books that drew upon his experience as a newsman, along with his interests in history and politics. 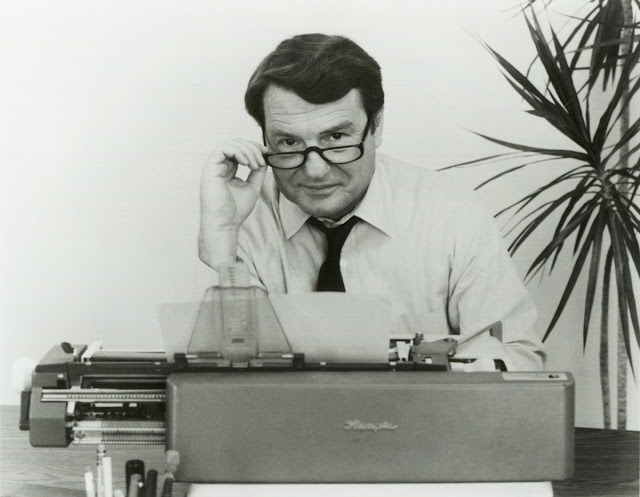 Posted by Robert Messenger at 09:21

He will be missed. One of the greats of broadcast news like many before him

A true journalist in the finest sense of the word.

I'm adding the nice photo of him at his SG3 to my online collection.

He moderated more presidential debates than anyone else. A great journalist. Yes, I love the SG picture -- and looks like he had a KMG earlier in his career.