This is my 2500th post since starting this typewriter blog in February 2011. In that time I've racked up 4.15 million page views, and I'd estimate I've written about 2.5 million words here. During the Coronavirus lockdown period, I've been fortune enough to be kept busy renovating typewriters. Here are five I have worked on in the past fortnight: 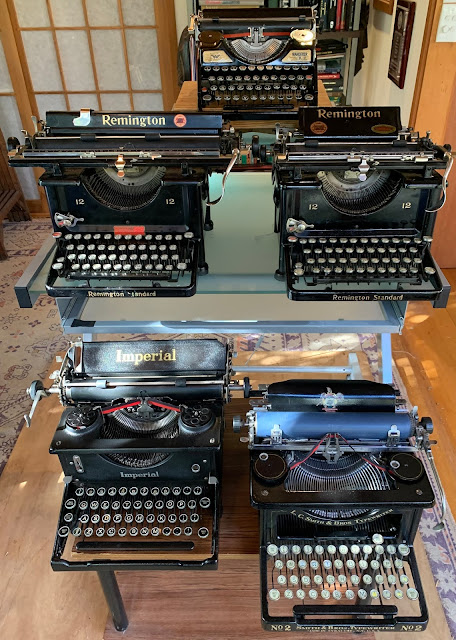 The first of these, this 1909 L.C. Smith No 2, was bought for me at auction by a friend who thought I needed something to occupy my mind and hands in self-isolation. There was certainly plenty of work involved - the typewriter was in a shocking state of long-term neglect- but at the end of it there was a sure sign the typewriter gods were smiling on me: 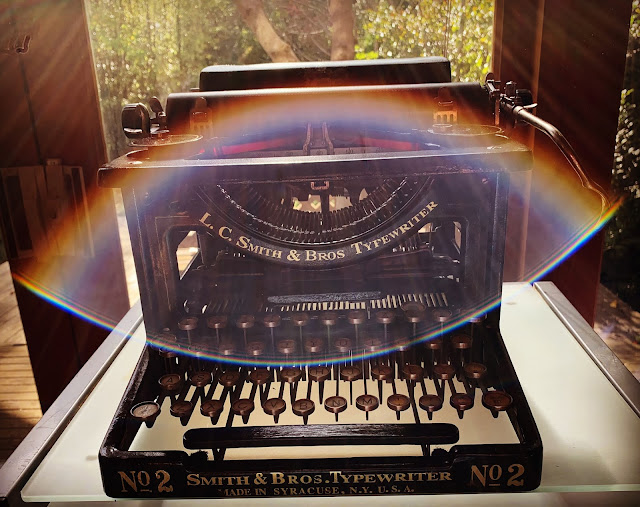 And that's what got me started on this frenzy of renovation. Happily, I suddenly had a ready supply of typewriters to work on. I was contacted by a bookstore which was downsizing and needed to offload seven typewriters, all of which had been "on display" in the store for many years but none of which had ever received the slightest bit of care and attention. They were in appalling condition. I have toiled away on four of them, and this was the last, completed last evening: 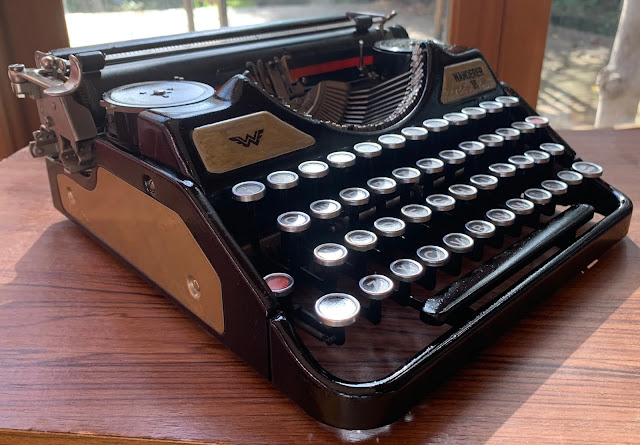 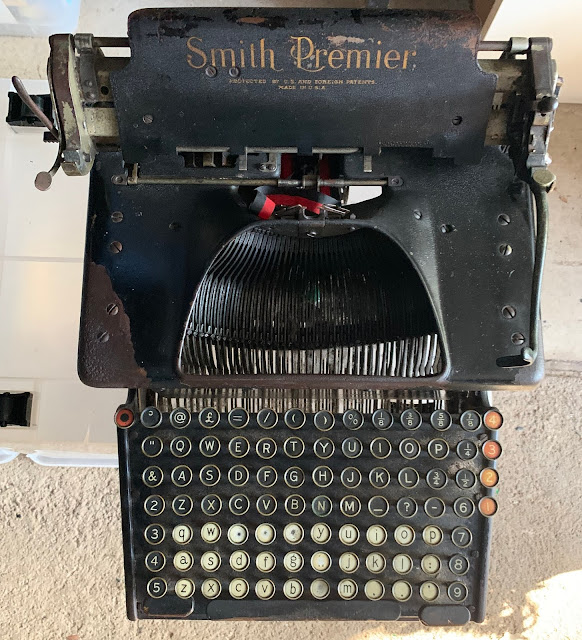 This was what the L.C. Smith No 2 looked like when I got it: 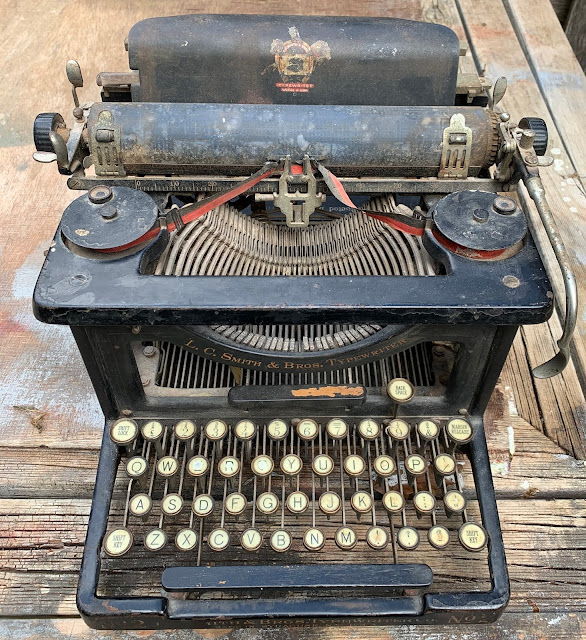 And this is how it finished up: 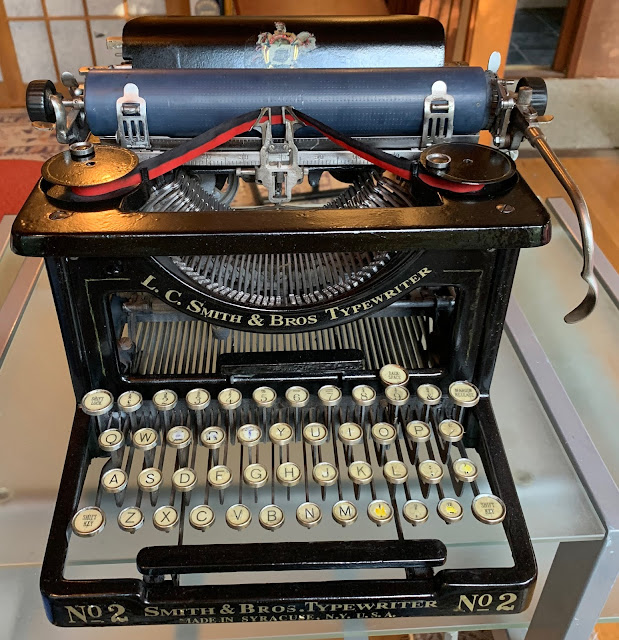 The wide-carriage Remington No 12 was the one that required the least work, and it is probably the best typer of the lot: 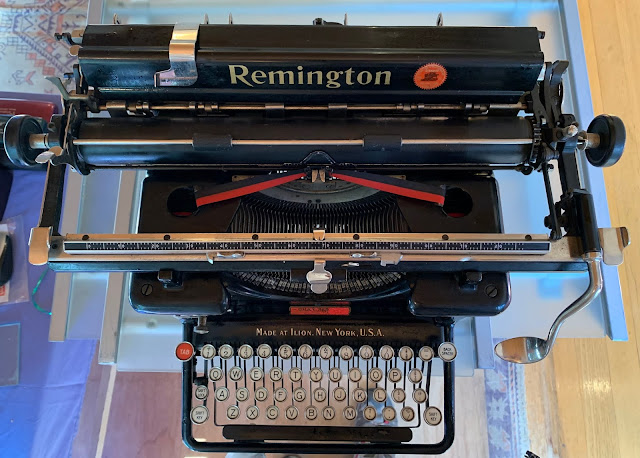 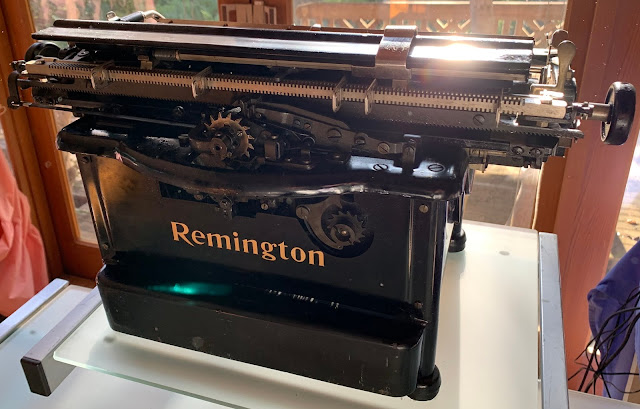 I next tackled the 1933 Imperial 50. This was what I found under the carriage: 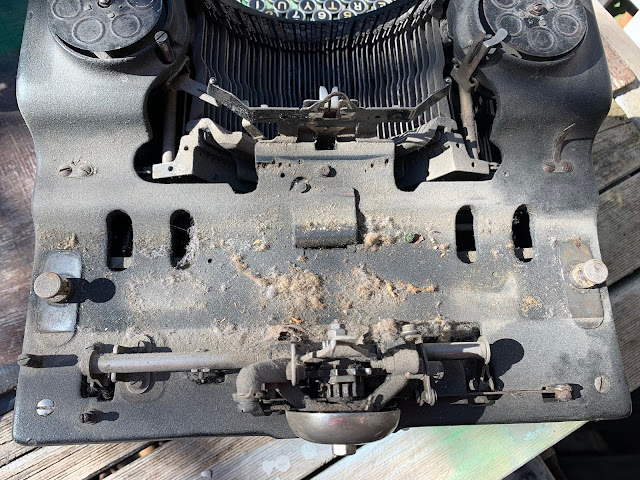 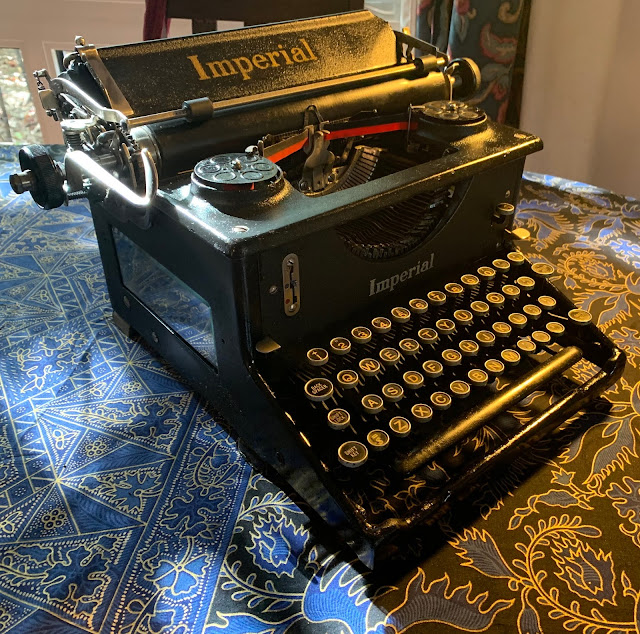 But all was well in the end, including getting the thick black paint off the bevilled glass panels. Why would anyone want to paint over such a nice feature? 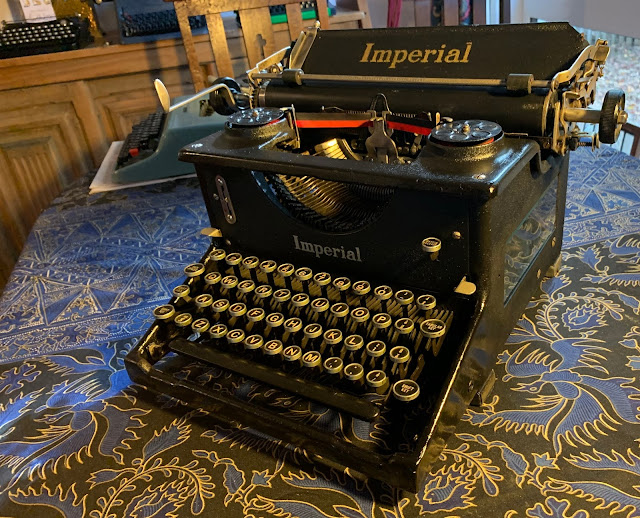 Here is another typewriter I "re-modded" in the past few weeks, an Olympia Traveller with a Dutch keyboard (and a couple of dead keys): 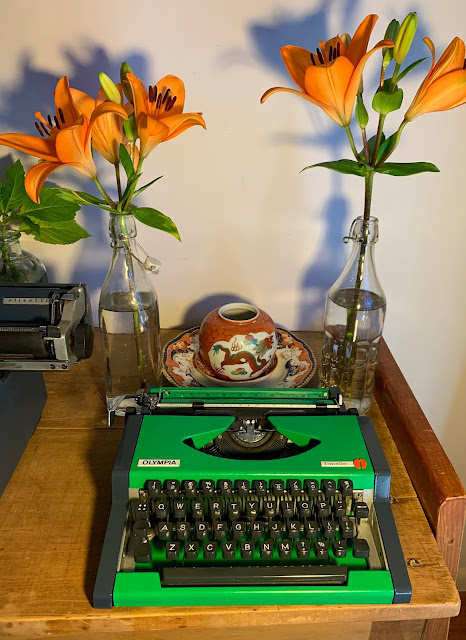 Then, of course, there was the Royal Empress which was finally completed, with the right switches: 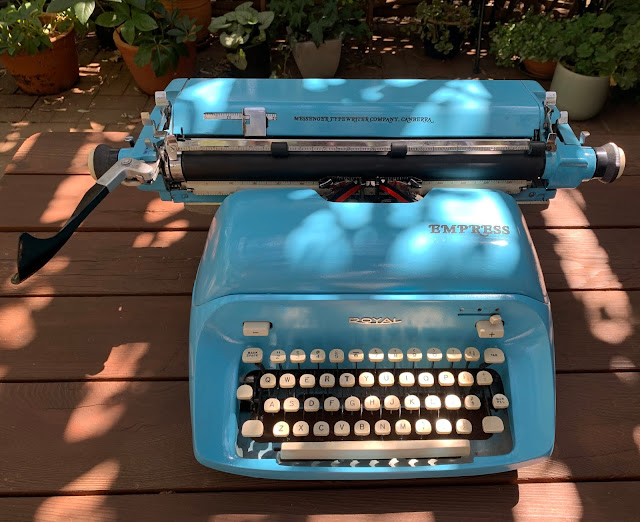 So on to the Remington Noiseless portable and the Smith Premier No 12. Wish me luck! 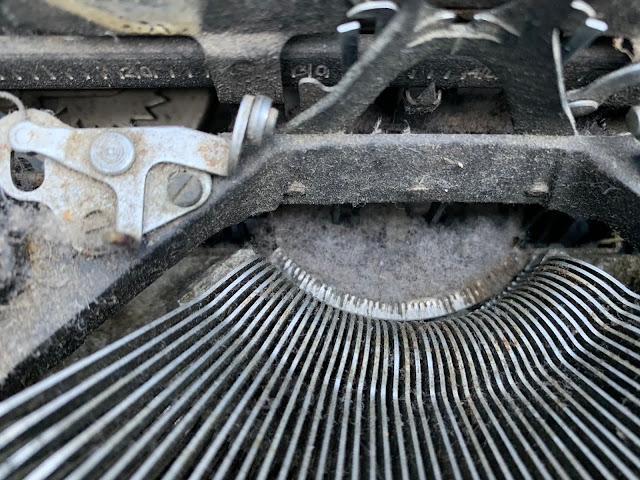 PS: One sees some very odd things done to or with typewriters, but two things I have come across in the past week just about take the biscuit. First, on the Imperial Good Companion portable (the one without the carriage lever assembly) someone had TIED the ribbon to the capstan: 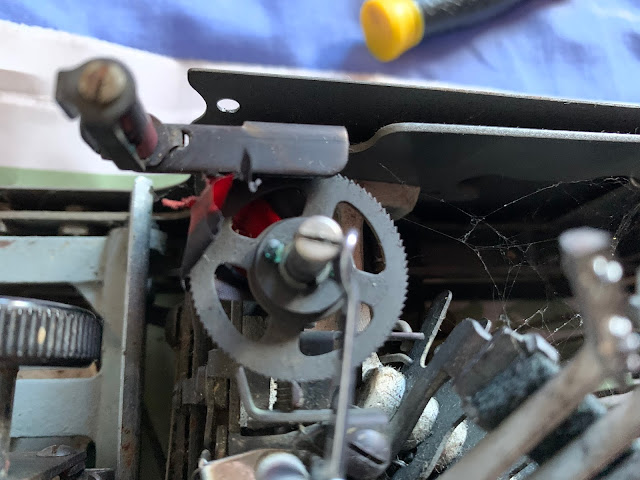 One of the things I was looking for in my last post was a second ribbon spool cap for the Remington Noiseless portable. Actually, it was ON the machine all along, just completely buried under ribbon that had been wound around it - so much of it I couldn't even see the cap! 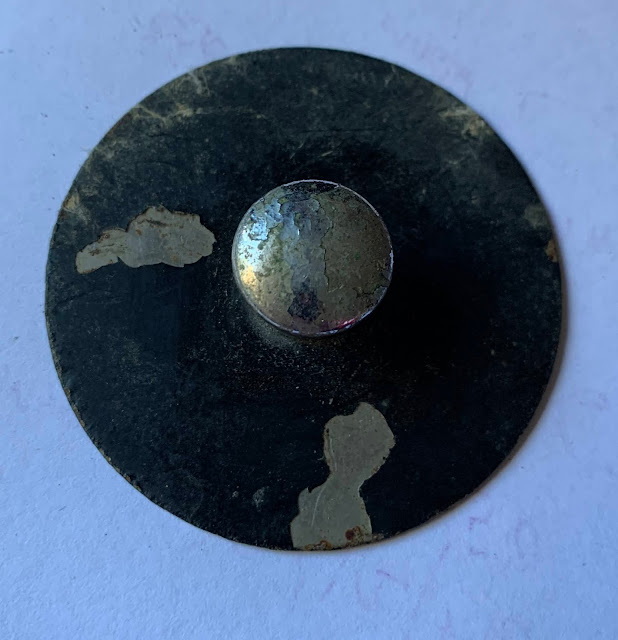 Posted by Robert Messenger at 12:03

What an impressive landmark! Nice work on the typewriters, keep it up.

Congratulations on the blog milestone!
Quite excellent work on those typewriters. They all look like great typewriters.

congrats and thanks for tons of informations! Good luck from Germany
Stefanu