Life of a Typewriter Technician (Installment 5) 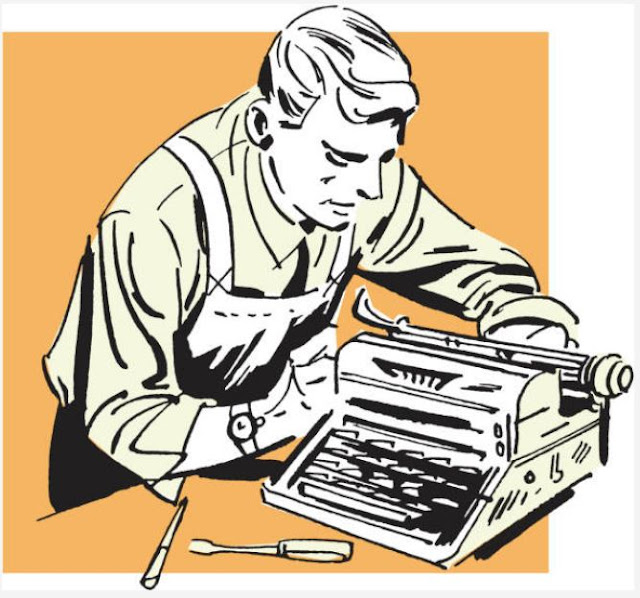 Previously I have related how I came in to typewriters, as a young wet-behind-the-ears school-leaver, being offered a job with a local office equipment supplier, and in many ways it was like working for Arthur Daley of Minder fame. In this installment, I’ll relate some more stories of practices that were just a little bit dodgy, but for a young naive typewriter technician – who was I to question some of the dodgy practices that were going on? 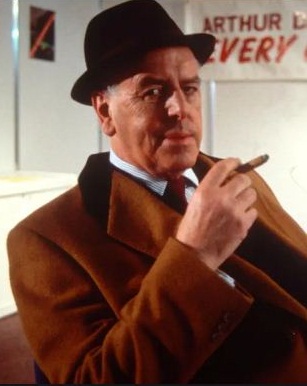 There was a mate of my boss (he had lots of dodgy “mates”, either through his golf club, or through his Catholic Church connections). This mate was a wholesale rep for the local Olympia agency. I got the impression that he was only commissioned to sell to the trade – that is, small dealers like ourselves. Olympia generally didn’t sell too much [if anything perhaps] direct to the public, only through authorised dealerships such as ourselves.
This particular salesman used to visit us on a regular basis to keep the relationship going (we were also an authorised Facit dealer, and quite frankly were selling more Facits at the time), so this Olympia rep would have been pressuring my boss to sell more Olympias and hence his wholesalers commission would be boosted. I suspect there was some connection between this chap and my boss. And I always got the sense that he was a somewhat shady businessman. A good deal of our customer base were Catholic schools through the boss’s connections, and in those days, typing was a big part of high school curricula, with it not being uncommon for one or two rooms in schools being dedicated to typing lessons, containing perhaps 50 or more typewriters.

There was one school in which we had to install several dozen typewriters (during semester break, so as not to disrupt teaching. We unpacked and checked all the brand-new typewriters, checking that they were undamaged from shipping and making any adjustments required. When it came to signing off with the customer after the job was done, I noticed that the paperwork didn’t have the letterhead of the company I worked with, but rather some obscure obviously dodgy name to it. Also, the documentation from Olympia to us was also in this obscure business name. Over the following months, there were many such new installations being done, Some were quite substantial deals - complete replacements of whole typing pools within tertiary institutions and business schools, with new machines in deals of dozens if not hundreds of machines being delivered and installed. The deals being done on trading-in the old machines, no doubt, as we also took away the old machines in many cases.
On looking back on this, with the hindsight of worldly experience (which I didn’t have when  I was a young typewriter technician at the time) I’m now aware that a separate trading company was formed between my boss and the Olympia wholesale rep in partnership with each other. I’m sure if Olympia knew of this “arrangement”, that rep would have been out the door quicker than you could press the shift key on a manual typewriter! You see, he was in a privileged position in that he had access to typewriters at a wholesale price that the average dealer couldn’t buy at, and also this “company” was probably selling at a retail price not sanctioned by Olympia. All in all it was an enormously unfair trading advantage against other retailers.
I knew it was dodgy, as whenever the fictitious company name was mentioned in the office it was in hushed voices between the boss and the secretary, and separate invoices, journal entries, separate letterheads were being shuffled around the office in a furtive manner. 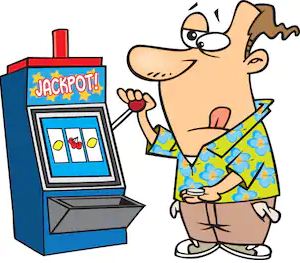 Another part of working with “Arthur Daley” was the Friday night drinks sessions in the back of the shop. Picture this: it was a somewhat grotty, crowded space, full of dusty typewriters, paper and stationery items (some stock of which hadn’t moved for decades), a parts washing machine in the workshop, which was reeking solvent fumes throughout the shop (it must have been a huge fire hazard). These drinking nights were the stopping point for the boss’s “mates” to drop in after work, all characters from the trade, from golfing mates to other assorted business or church associates. One day a poker machine “arrived” at the shop and was quickly whisked into the back room and a sheet pulled over it. It was one of those mechanical ones where you put in 5¢ and pull the handle and mechanical rollers spin with card suits, or fruit. Bear in mind this was the 1970s, before computers and sophisticated electronics. Also, in the 70s these things were illegal in the State of Victoria, Australia, as the State Government didn’t allow them, and one had to go over the border into New South Wales to see them in clubs. I don’t know how the boss got it, whether it was part of a business deal, or stolen or whatever, but anyway, we had this highly illegal piece of machinery in our typewriter workshop-drinking parlor on Friday nights. And the beauty of it was that the machine worked! we all saved our 5¢ pieces for Friday night drinking sessions! 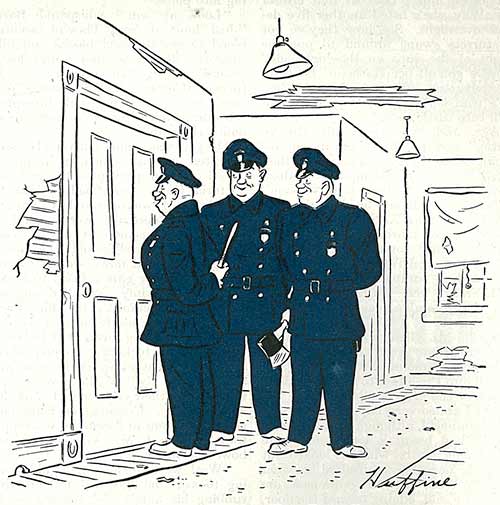 On one particular Friday, we had a new drinker in our midst. He was brought along by one of the boss’s mates, so we didn’t know him directly. As he was a mate of a mate, it was considered okay to let him in on our little secret, namely the poker machine – the one-armed bandit. So off comes the sheet and we all put in a few coins. (I still don’t recall if that machine EVER paid out at all, but there was always the hope that one day the jackpot would fall. In any case, we didn’t have the keys to the cash drawer so we couldn’t recycle the coins.
This unknown visitor left shortly thereafter and not 10 minutes later there was a knock on the front door of the shop and it was none other than the police. Straight away the boss had one of those turns where he turned white and looked as if he would pass out. Well the sheet was thrown over the poker machine and everyone tried to look as nonchalant as possible. Having a beer in our hand was probably bordering on illegal as well, as Victorian liquor laws were quite strict in those days, and technically speaking we were probably breaking some of the laws as well as having a pseudo drinking establishment in operation.
There was a divider between the front showroom and the back workshop, so all drinkers were sitting in the back with hushed tones while the boss attended to the police presence out front. As it turned out all they were looking for a stolen typewriter and wanted to check the serial numbers of some machines in our shop; we didn’t have what they were looking for and they left without wanting to see out the back. All the members of the drinking party could all collectively breathe again. Needless to say the poker machine was off the premises within the week.
Posted by Robert Messenger at 11:15