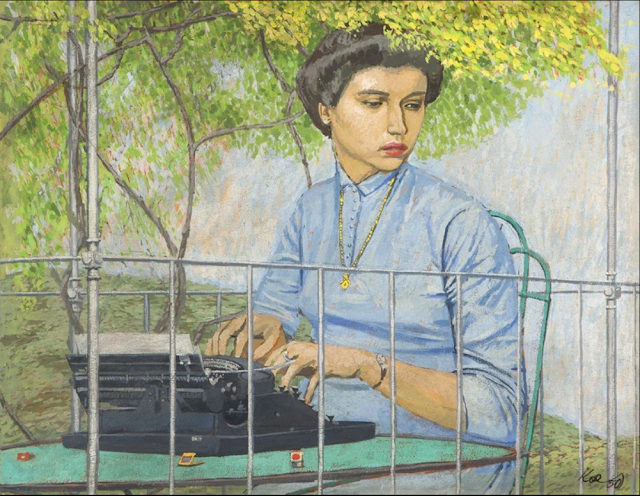 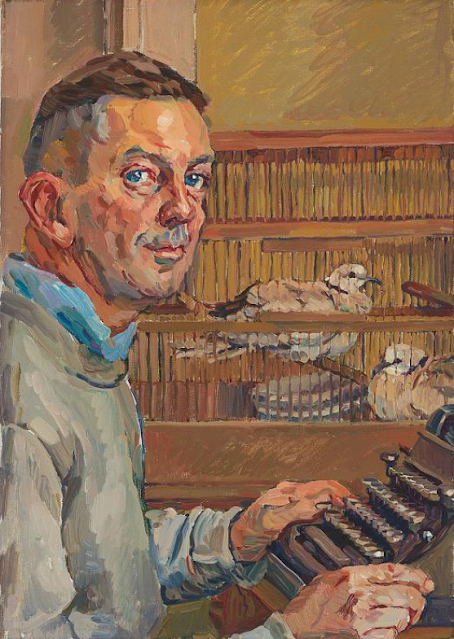 Annabel Patterson’s profile of the artist, Real Portraits: TIME Covers by Henry Koerner, published for an exhibition at the Henry Koerner Center for Emeritus Faculty at Yale University in 2015, said, “Two moving portraits of his parents (1945 and 1946) and one of his brother (c 1957), in three completely different styles, not only expressed his melancholy and survivor’s guilt but also his commitment to realism, in however many different manifestations. Even his most George Grosz-like representations of humans carry this creed forward, and it was exquisitely expressed in the 1950 portrait “Figure at a Typewriter”, a portrait of a journalism student who worked with Koerner in his studio in this period. The typewriter and the garden setting, however, are an early statement of the relationship between a person and his or her investment in the world - the trademark, so to speak. Much later, a typewriter would reappear in his TIME portrait of the novelist John Cheever.” 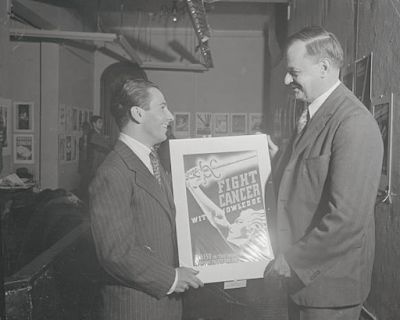 C. C. Little, managing director of the American Society for the Control of Cancer, presents Koerner with his poster prize. 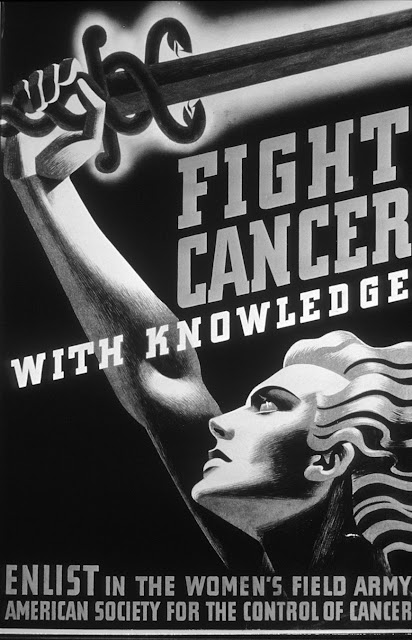 Koerner was born Heinrich Sieghart Körner  in the Leopoldstadt district of Vienna on August 28, 1915. He was trained in graphic design at Vienna's Graphische Lehr und Versuchsanstalt (1934-36) and worked in the studio of Viktor Theodor Slama, designing posters and book jackets. Following Hitler's annexation of Austria in 1938, he fled via Milan and Venice to the United States, settling in New York. He was employed as a commercial artist in the Maxwell Bauer Studios in Manhattan and achieved initial success as a poster artist, receiving first prize from the American Society for the Control of Cancer poster competition and two first prizes from the national war poster competition. 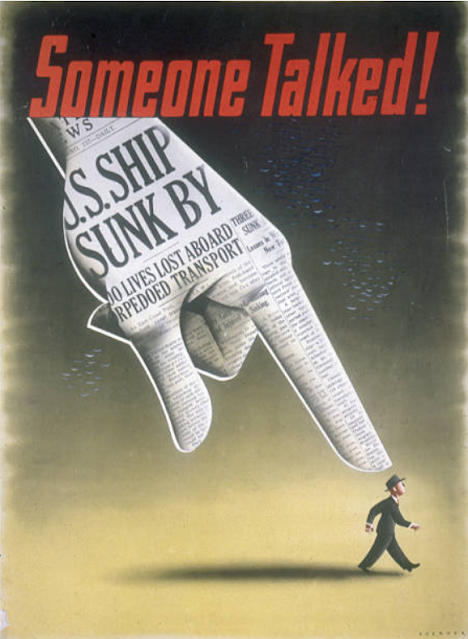 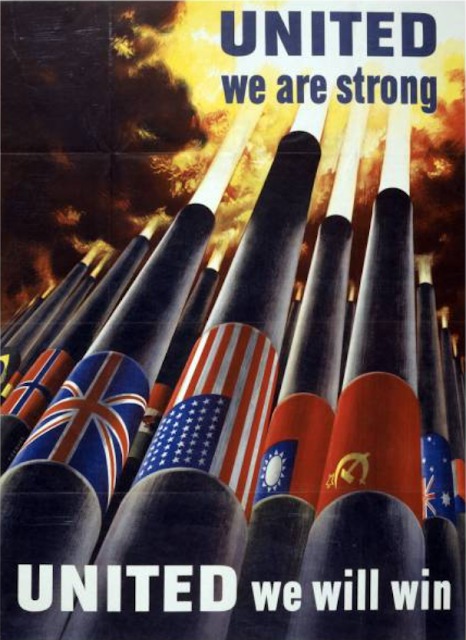 In 1943, the Office of War Information hired Koerner in its Graphics Division in New York. He was drafted into the US Army and joined the Graphics Division of the Office of Strategic Services in Washington DC. It was there that he made war posters which included "Someone Talked", which won an award from the Museum of Modern Art. After VE Day Koerner was reassigned to Germany, working in Wiesbaden and Berlin, and sketching defendants at the Nuremberg trials. 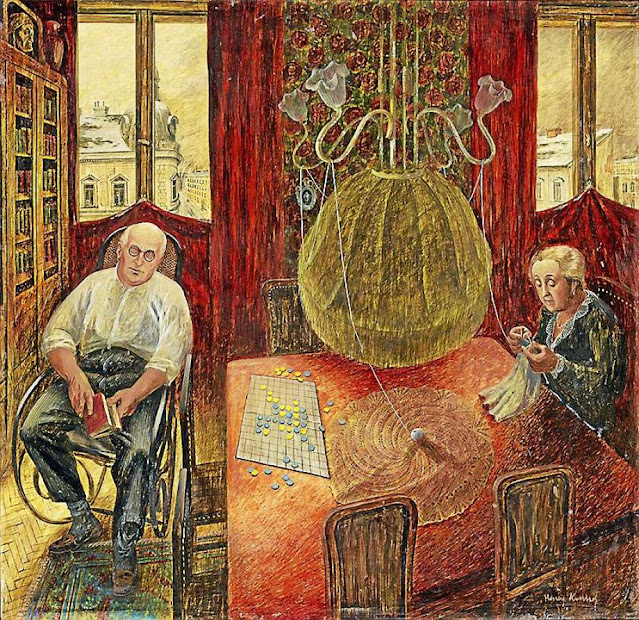 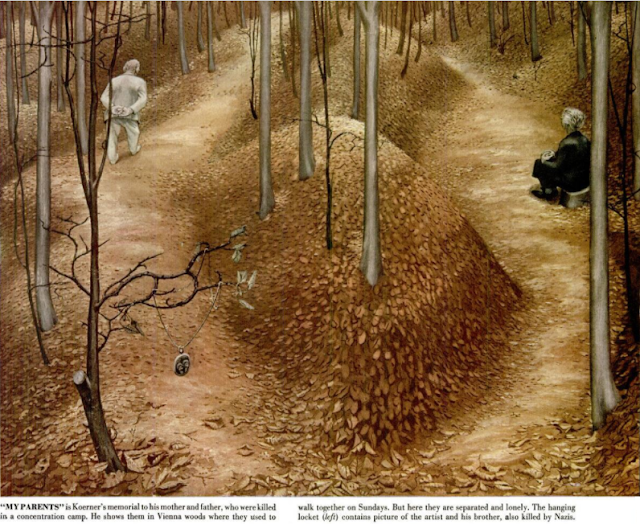 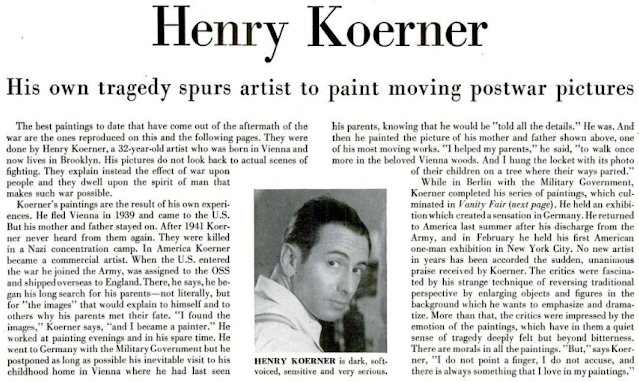 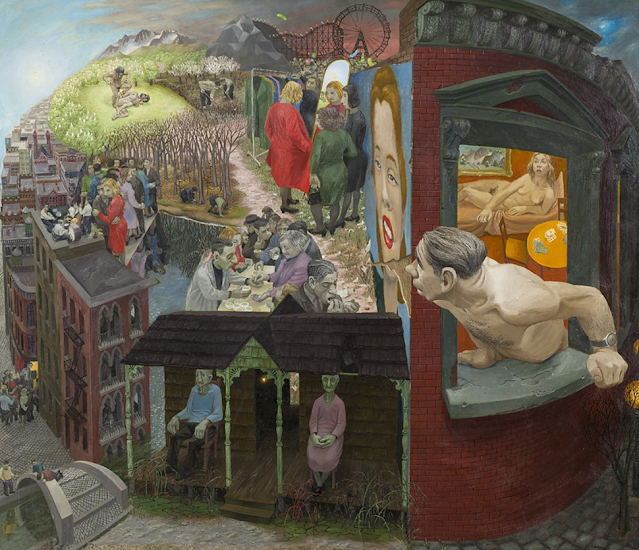 Vanity Fair (Mirror of Life)
After being discharged from the army in 1946, Koerner returned to Vienna to discover that his parents and older brother Kurt had been deported and killed. In Berlin, having joined the Graphics Division of the US Military Government, he painted his first major works, including My Parents II and Vanity Fair (Mirror of Life). These paintings were exhibited in 1947, to international acclaim, in a one-person show at Berlin's Haus am Waldsee - the first exhibition of American modern art in post-war Germany. 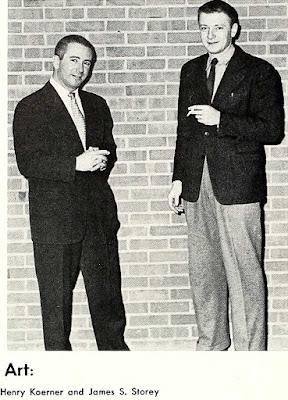 At college in Pittsburgh
From 1952-53, Koerner was Artist-in-Residence at Pennsylvania College for Women (now Chatham University) in Pittsburgh. He painted more than 50 portrait covers for TIME between 1955-67. Koerner died on July 4, 1991, in St Pölten, Austria, following complications from a hit-and-run accident on his bicycle in the Wachau in Austria. 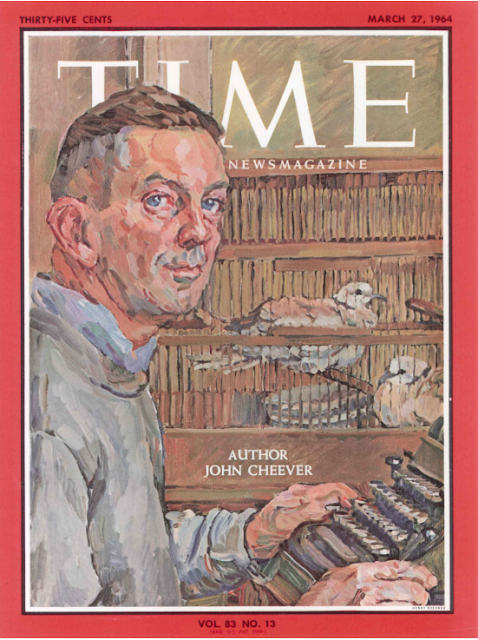 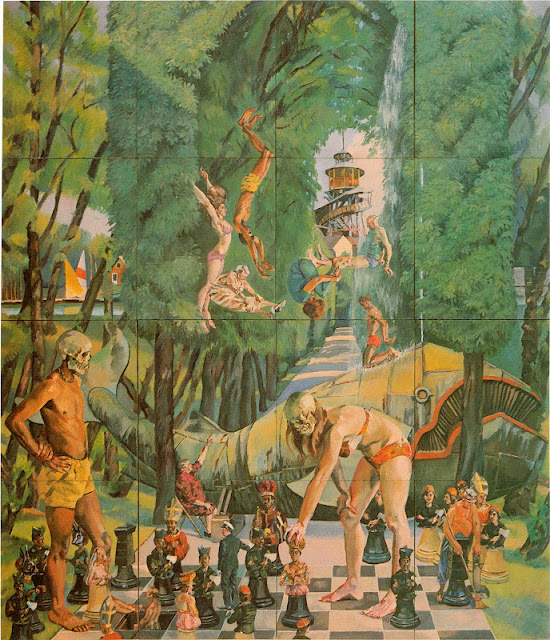 Posted by Robert Messenger at 09:30

I like that the typewriter in "Figure" is portrayed well enough to be identified as a Noiseless (someone more experienced than I could probably pinpoint the model). I don't find the hands as convincing, though, and it seems that her copyholder is much too far away! And what's going on with the little matchbooks? They're less than half the size of any matchbooks I've ever seen, she's not smoking, and typewriters don't need to be lit. And they must be singularly ineffective matches if she needed three books.

The posters are far better.

Interesting artist. I was not aware of him.

In response to John, I think the odd angles and proportions in Koerner's paintings are deliberate. These were produced in a period influenced by the radical experiments of Cubism. "Realistic" painting seemed backward and reactionary for decades, until the rise of photorealism.