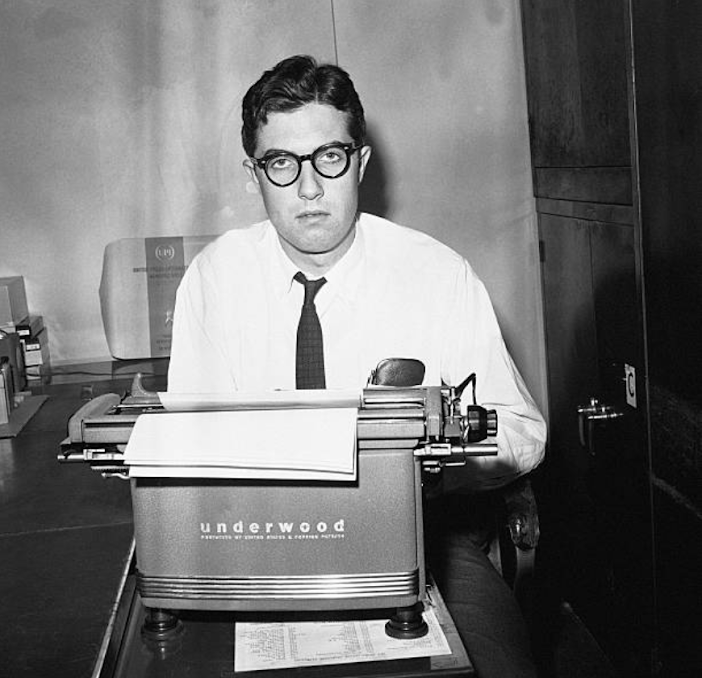 UPI's Saigon bureau chief Neil Sheehan photographed at his typewriter in May 1963.

Neil Sheehan, who died at his home in Washington DC on Thursday, was the New York Times journalist who in 1971 obtained the classified Pentagon Papers from Daniel Ellsberg for a series of articles which revealed a secret United States Department of Defense history of the Vietnam War. Sheehan, who was 84, had suffered from complications of Parkinson's disease. See "Now It Can Be Told" (NYT) here. 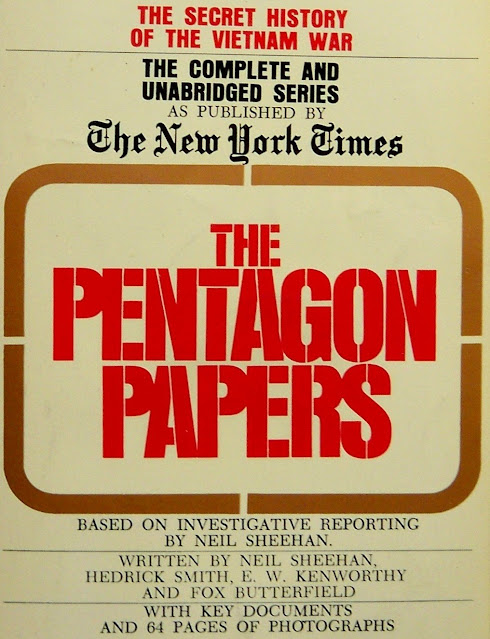 Cornelius Mahoney Sheehan was born to Irish parents in Holyoke, Massachusetts, on October 27, 1936. He graduated from Mount Hermon School (later Northfield Mount Hermon) and from Harvard University with a BA in history (cum laude) in 1958. Sheehan served in the US Army from 1959-62 and was assigned to Korea and then transferred to Tokyo. In Japan he began moonlighting in the Tokyo bureau of United Press International (UPI). Following his discharge, Sheehan spent two years covering the war in Vietnam as UPI's Saigon bureau chief. In 1964 he joined The New York Times and worked the city desk before returning to the Far East, first to Indonesia and then to spend another year in Vietnam. In 1966, he became the Pentagon correspondent and two years later began reporting on the White House as a correspondent on political, diplomatic and military affairs.

Robert, my typewriter-related blog (my first ever attempt at blogging) is now just two weeks old. Despite only having this small amount of experience to call upon, it's been enough to deepen my appreciation for all that you've managed to accomplish, and continue to accomplish, with oz.Typewriter. That you are able to create such a great quantity of quality output on a regular basis is very impressive.

I always try to check out your postings when I see them arise on the Typosphere Blogroll. As a result, I find that I almost always learn something new for having done so. This fascinating glimpse into Mr. Sheehan's contributions to the world of journalism is no exception. Thanks for doing what you do!