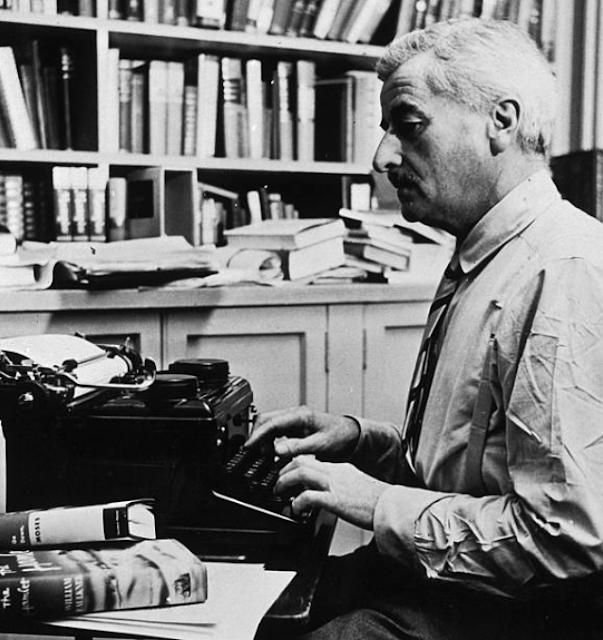 A year before the Nobel Prize-winning writer William Faulkner died, aged 64, at Wright's Sanatorium in Byhalia, Mississippi, he was the subject of a special report by journalist and novelist Elliott Chaze for the July 14, 1961, edition of LIFE magazine, titled "Visit to Two-Finger Typist". 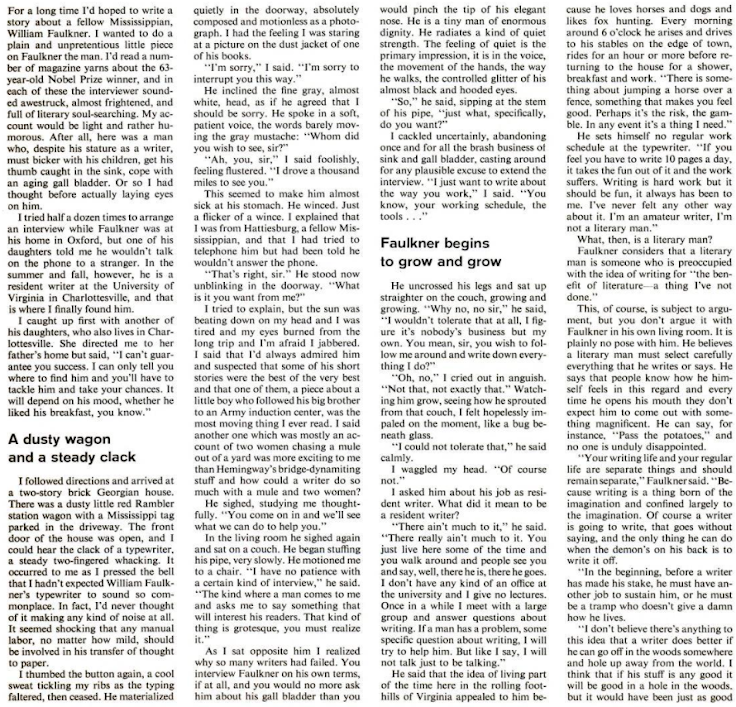 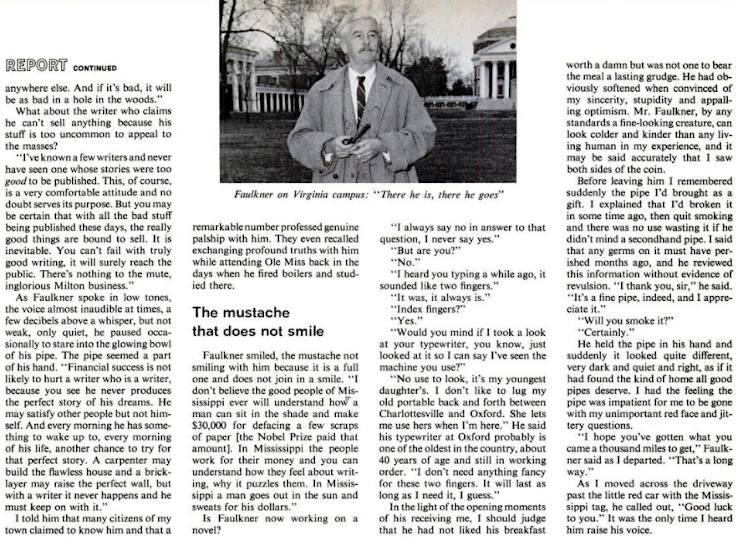 In a September 1962 edition of LIFE, Chaze took an amusing look at the advance of artificial intelligence, after coming up against an "electrically operated typewriter". 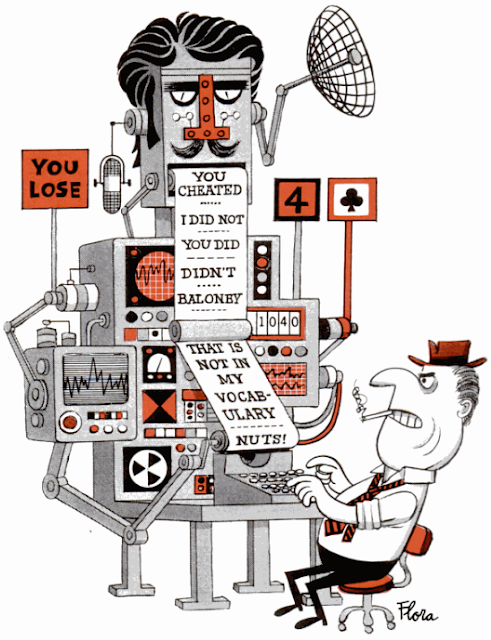 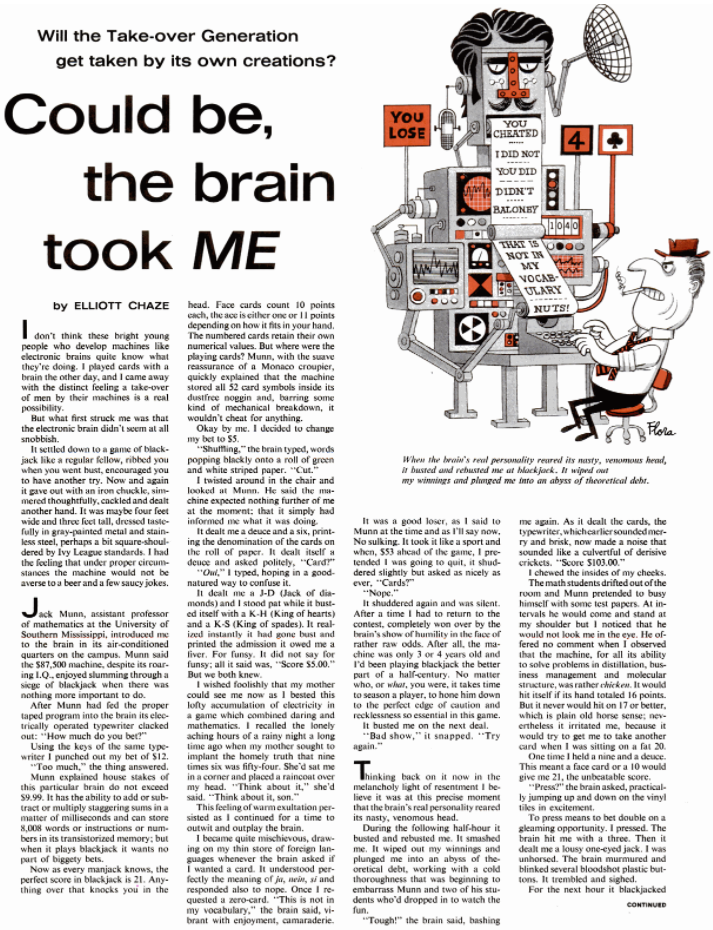 Posted by Robert Messenger at 11:09

Enjoyed the Faulkner article very much. I have a copy of "As I lay Dying" ready to read but which I had slide past as a little too much work. Now that you brought Faulkner forward I will have to crack it.

That's a nice/brief interview with Faulkner. Not afraid to criticise his own countrymen. cheers