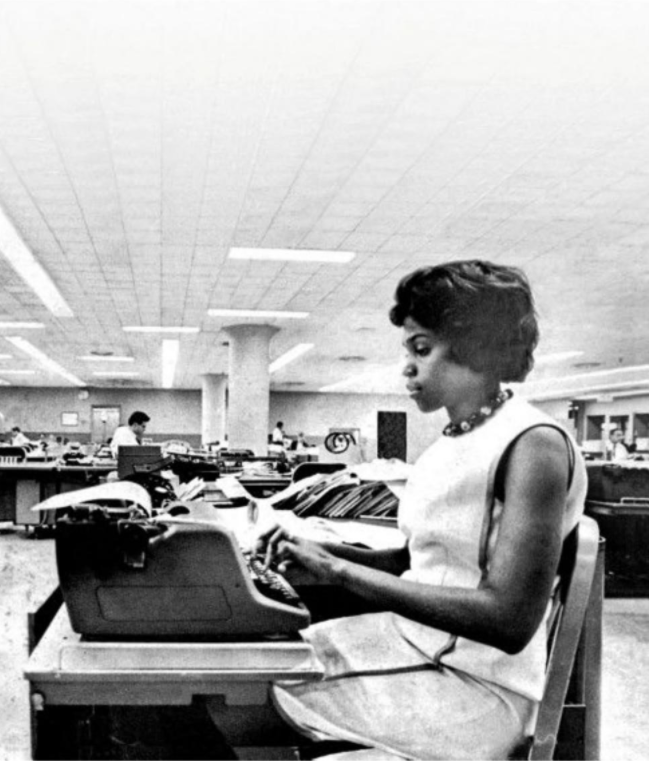 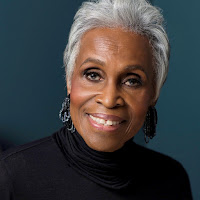 Dorothy Pearl Butler Gilliam’s obituary for Washington DC’s first elected mayor, Walter Edward Washington, which appeared in Crisis magazine’s January-February 2004 issue, gave an insight into Gilliam’s earliest days as a journalist in the capitol. It was, she wrote, “a segregated Southern town when I arrived in October 1961, to become a Washington Post reporter”. Gilliam was, in fact, the first African-American woman on the Post’s editorial staff, and at the time “one of only three Black Post reporters”. 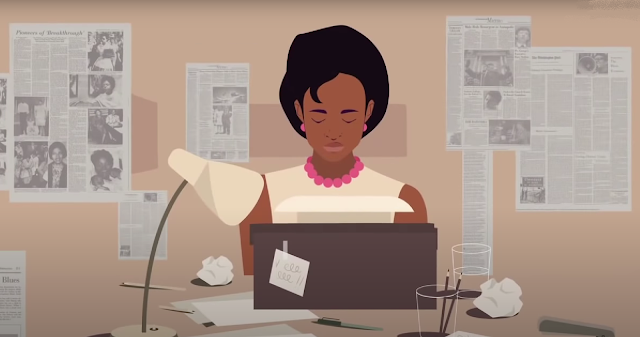 Gilliam said that in October 1961 Washington DC was “run by a three-man committee, but segregationist Southern congressmen held the power reigns … I was deeply pained by the District’s rigid segregation. The only place I could be assured of getting lunch downtown was at the YMCA. Taxis whizzed past as I tried to get back to the office on deadline. I was directed to the maid’s entrance when I needed to enter a fancy apartment complex to cover a story. As a 23-year-old Black professional, the spirit of the city felt oppressive.” 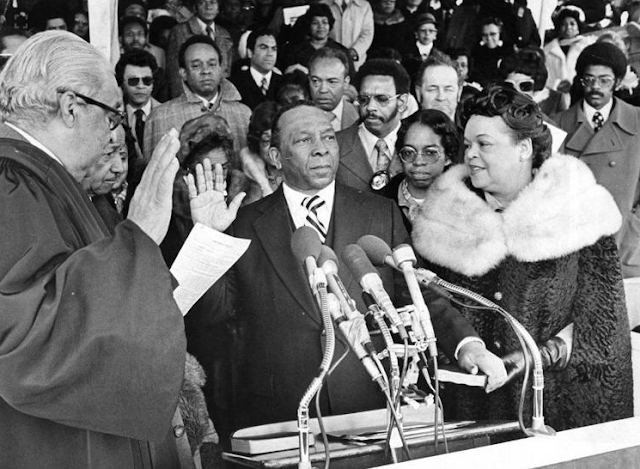 Walter Washington and the Council of the District of Columbia were sworn into office as the city’s first Home Rule government in 1975.
Gilliam went to write that Walter Washington ushered in an era of Black mayors in the US, along with the civil rights revolution, and “would eventually be the key to helping change that heavy, burdensome spirit for me and hundreds of thousands of Black Washingtonians.” Walter Washington, born in Dawson, Georgia, in 1915,  died at Howard University Hospital of kidney failure and cardiopulmonary arrest on October 27, 2003, aged 88. 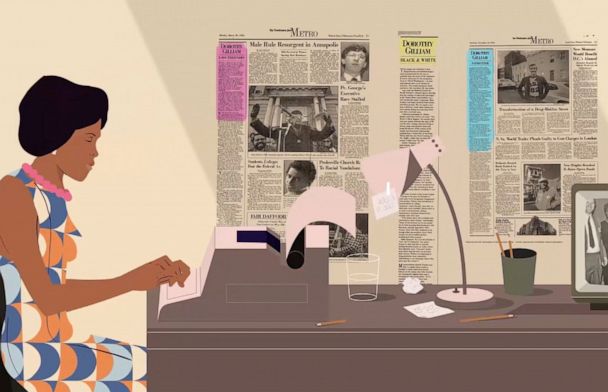 Gilliam recalled that after the assassination of Martin Luther King Jr in 1967, West Virginia senator Robert Carlyle Byrd (born Cornelius Calvin Sale Jr), a former Exalted Cyclops of the Klu Klax Klan, demanded that looters be shot. Washington, who had been appointed by Lyndon B. Johnson as mayor-commissioner of the capitol, ordered police and National Guardsman not to shoot a single looter or rioter. “By then,” wrote Gilliam, “I was a married mother of three young children. We were living four scant blocks from the major riot corridor. Washington’s refusal to bow to bigots calmed the city and soothed our fears for our children’s safety.” 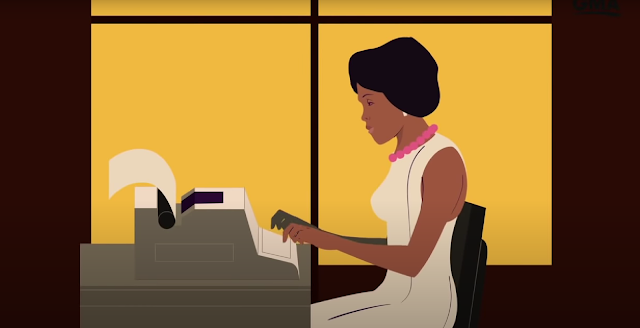 Gilliam said that when in 1974 Washington became the District’s first elected mayor, “It was exciting to live in a city with an elected Black mayor for the first time in my life … He wanted to be remembered for having ‘changed the spirit of the people of this city.’ He certainly did that – including mine.” 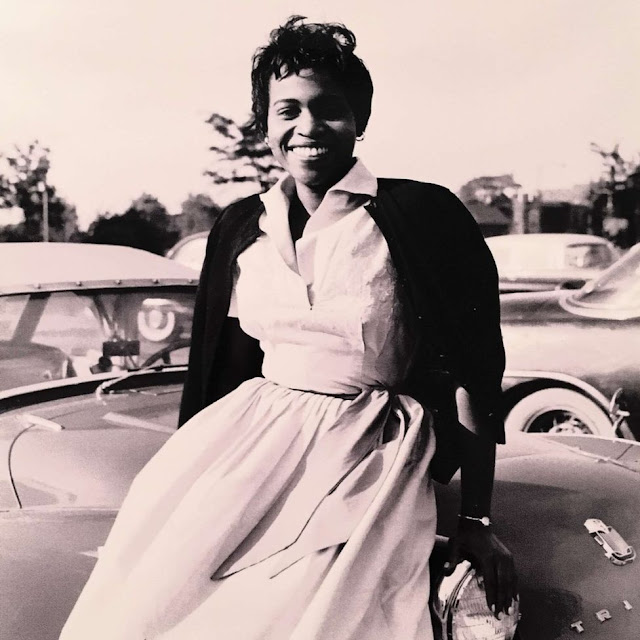 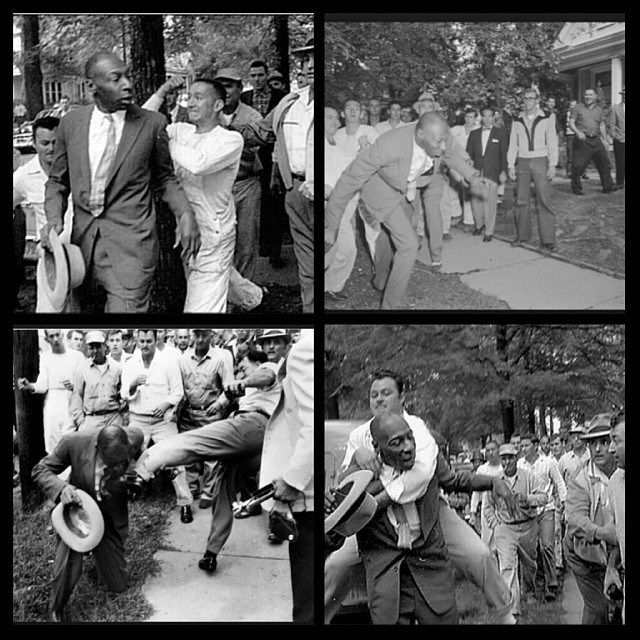 While covering the 1957 Little Rock Nine school desegregation crises, during which Wilson was attacked by a white mob, Butler met an editor from Jet and soon became a reporter for the Johnson Publishing Company's news magazine. She started working for Jet and its sister publication, Ebony.  She earned her master's degree at the Columbia University Graduate School of Journalism and soon after arriving back in the US from a trip to Nigeria and Kenya on a scholarship with Operation Crossroads Africa she was hired by The Washington Post as a general assignment reporter. She married artist Sam Gilliam in Louisville in 1962; the marriage ended in 1982. 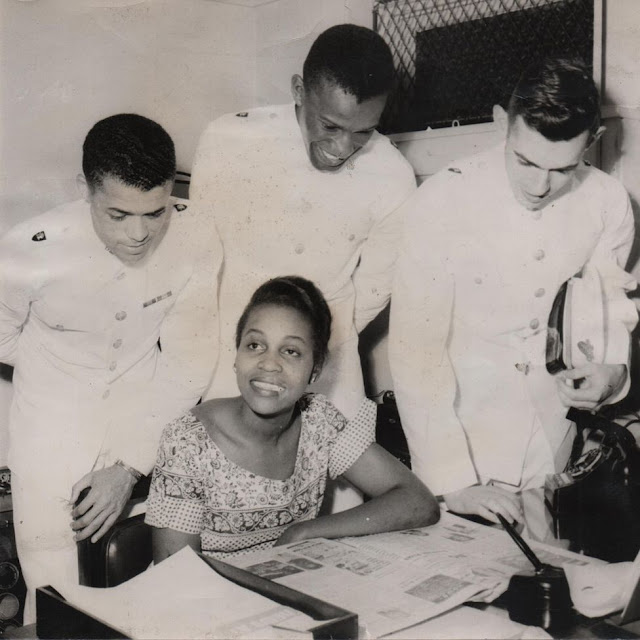 With West Point cadets while working part-time at the Louisville Defender in 1954.
Gilliam told the BBC News last year, “There were some old-style editors who were still at the Post when I was there. One of them said, ‘We don't cover black murders because those are cheap deaths’ … Inside the newsroom some [white colleagues] would say hello or nod or even speak to me, but if they saw me outside the building they would pretend they didn't know me. That was so humiliating. It was like they didn't want to acknowledge they knew a black person in front of other white people.” 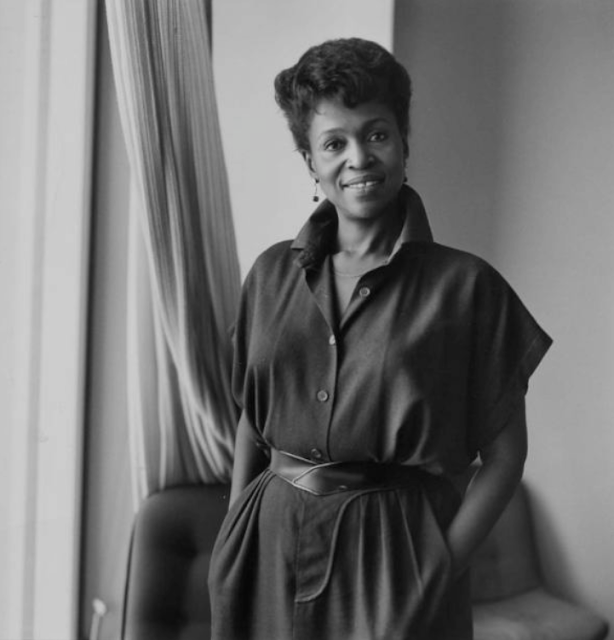 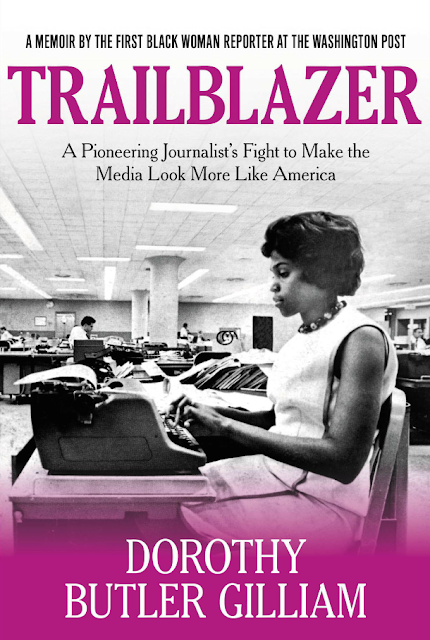 Gilliam left the Post in mid-1966, pregnant with her third child, but was rehired in 1972 as an assistant editor in the Style section. Then in 1979 she became a columnist, focusing on issues of education, politics and race. She retired from the Post in 2003. In 2019 her autobiography Trailblazer: A Pioneering Journalist's Fight to Make the Media Look More Like America, was published. 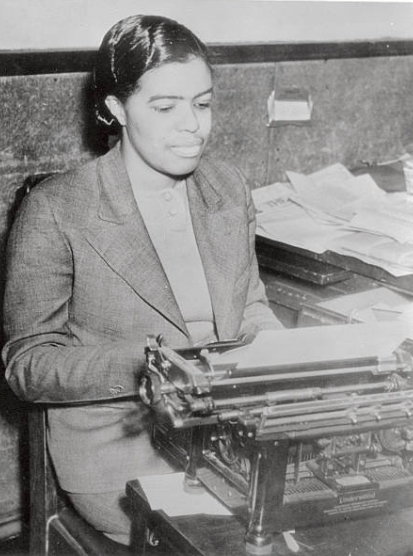 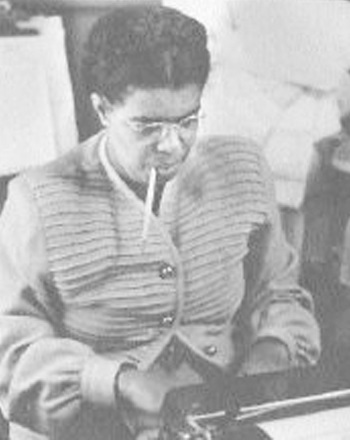 There’s no doubt Gilliam brilliantly carried on the baton that Bluford (1911-2003) ran with when she began working for The Kansas City Call in 1932. Bluford, born in Salisbury, North Carolina, moved to Kansas City with her father in 1921, when John Bluford taught science at Lincoln High School. Lucile worked on the school newspaper and yearbook, and after school, at the African American newspaper, The Call. Bluford attended the University of Kansas School of Journalism, the second black student to do so, and graduated with honours in 1932. She served as night editor and telegraph editor on the school's student newspaper and went to work for The Daily World in Atlanta. She began working for The Kansas City Call in 1932 and remained there for the rest of her career, eventually becoming part-owner in 1955. 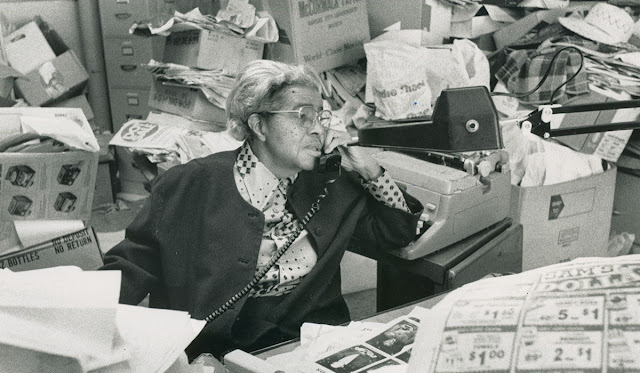 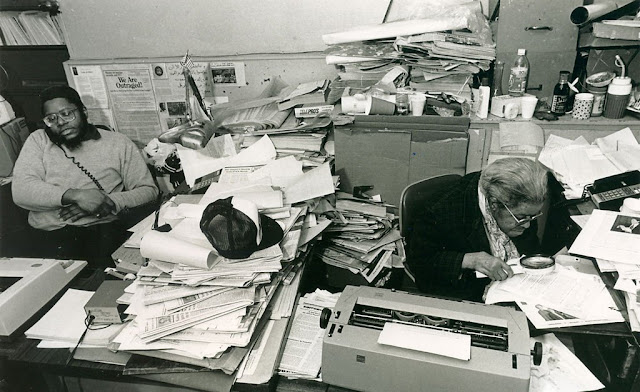 Lucile suffered a stroke in 1998 and relinquished her duties at The Call. She died after a brief illness in 2003, aged 91. Missouri recognizes July 1 as Lucile Bluford Day to honor her contributions to journalism and to the state. 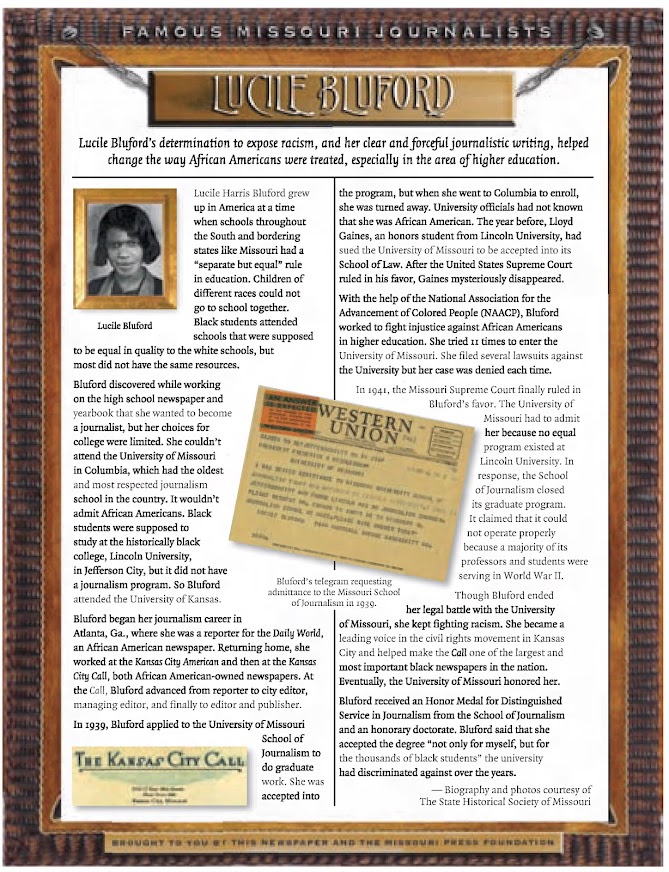 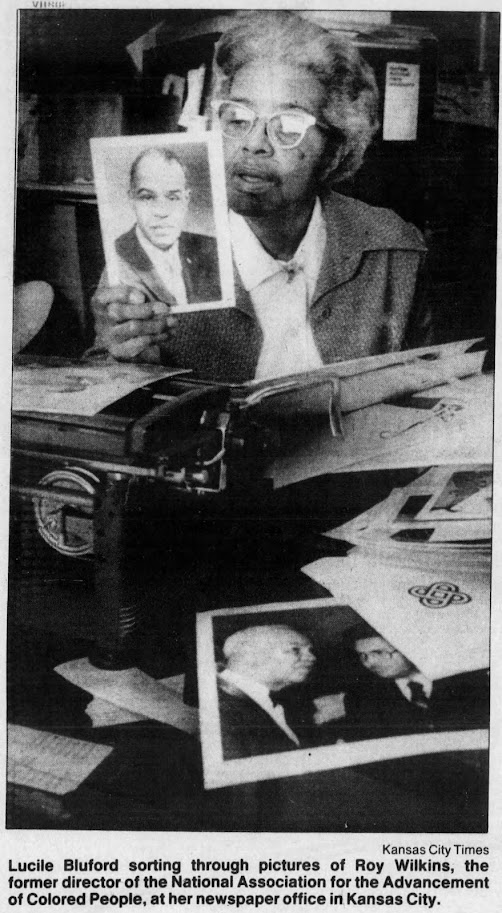 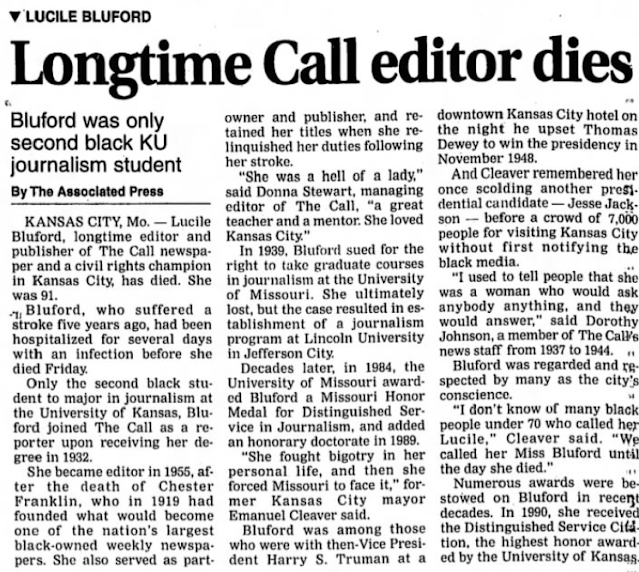 Posted by Robert Messenger at 18:12

It's a wonderful tribute to start Black History Month. Thanks!