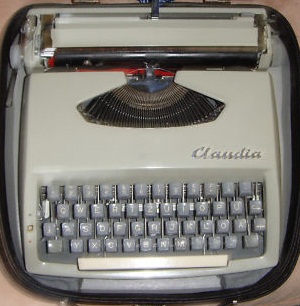 From time to time, I'm a bit startled to find a typewriter listed on Australian eBay which has an unfamiliar model or brand name. Often I assume it's just a mistake on the part of the seller: once, on Trade Me in New Zealand, someone tried to sell an Underwood as a "Sherwood", simply because the first four letters had been worn off the paper plate and the seller made up what he thought should be the name.
In the case of this Claudia, however, I happen to know the seller, based in Sydney, have bought a couple of typewriters from him, and am aware he doesn't make too many mistakes when identifying the typewriters he lists.
But what surprised me was that the model name, unmistakeably "Claudia", was much more professional looking than the usual cheap and nasty re-branding of East European typewriters in Australia, notably Pacific and Waverley. And the Claudia is clearly East European: it's a Czechoslovakian Consul 233. The only other example of the professional re-branding of a Consul I have seen with my own eyes is on the typewriter which belonged to Australia's Nobel Prize winner for literature, Patrick White. White's Optima 233 is on display at the New South Wales State (Mitchell) Library in Sydney, though the dimwit curators there insist on claiming the letters O-P-T-I-M-A spell out "Olivetti", and nobody seems able to convince them otherwise. 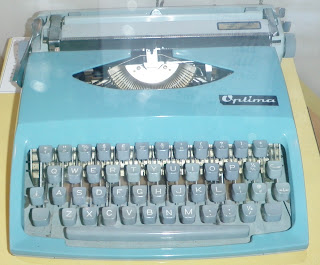 Will Davis makes the point on his Portable Typewriter Reference Site that "several feminine names" were attached to Consuls, and he illustrates this with a "Brigitte" from the late Tilman Elster's collection. It is a Consul 232, again with a professional-looking re-branding: 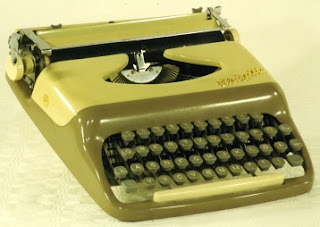 But in Australia, the re-branding by the Pacific Typewriter Company of Melbourne (which still exists, by the way - the alternative re-branding name of Waverley comes from the fact that its headquarters are close to Mount Waverley and Glen Waverley) was something quite different, as this example, comparing a Consul 232 with a Pacific 233 from my own collection, shows:

Similarly, Bulgarian Maritsa 11s and 30s were cheaply re-branded, as Pacifics and Lemairs (again, from my own collection): 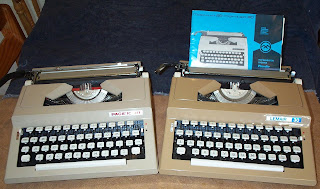 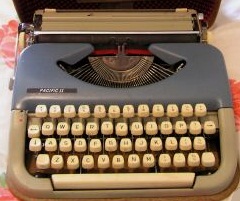 Will Davis also points out that Maritsas and Consuls were re-branded by an American company called Bundy (in this country, it's short for Bundaberg in Queensland, as in Bundy [famous Australian rum] and Coke). Anyway, Will shows a Maritsa as a Bundy and a Consul 233 as a Bundy re-re-branding, as a  Baldwin: 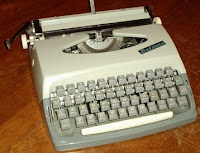 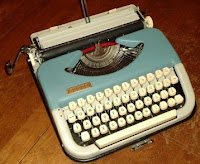 My favourite Consul in my own collection is this one: 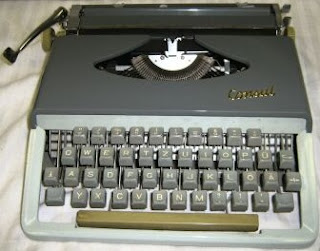 I can't pass this look at Consuls without toffing my cap to one of the latest additions to Richard Polt's wonderful collection, "from Saskatoon is a Cavalier Speedwriter - a Consul 221 marketed by Commodore circa 1970, possibly assembled in Canada" (I told you he takes much better photos than I do): 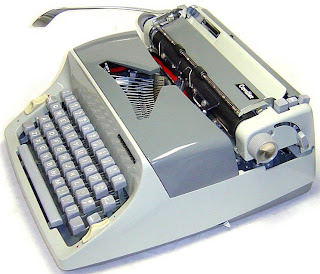 Somewhat less surprising was another new listing on Australia eBay this morning, a H.G.Palmer which is a SCM Skyriter (and before that a Smith-Corona Zephyr): 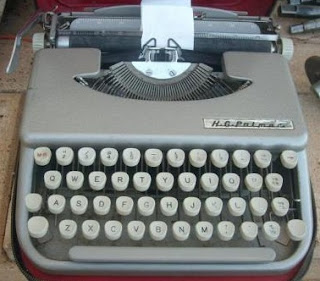 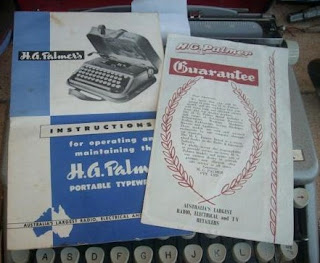 Though the re-branding on this one doesn't look too flash, H.G.Palmer, as the guarantee states, was once one of Australia's leading retail chains. The re-branding is not surprising because, a little more common than this Skyriter is the SCM Sterling masquerading as a H.G.Palmer. Here it is in its original form, although Richard Amery in Sydney and I both own the H.G.Palmer model (Richard regards it as one of the best typing machines in his collection): 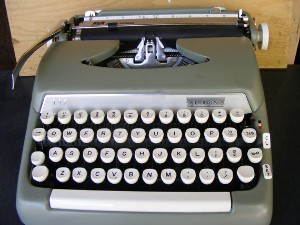 The Skyriter is slightly more common in this part of the world as the British-assembled Empire Corona, mostly sold in New Zealand. Two versions of it from my own collection are shown here with an Empire Aristocrat (Hermes Baby) - and a similar Empire Aristocrat has also just joined Professor Polt's collection (from as far away as, of all places, Cincinatti): 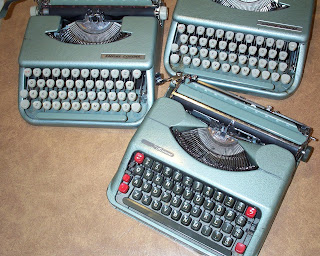 Finally, the seller who listed the Claudia this morning was also one of two who listed Nakajima ALLs (also marketed here at the Pinnock - see the Australian pages on Will Davis's site). The interesting thing here is that the carriage and keyboard on the one on the left is identical to the (Adler) Royal I have shown on an earlier posting: 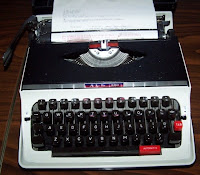 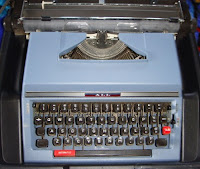 i've found the one that you've said is your favorite, do you know which is the model? does it intrest anyone?

Hi Jules. The only time I have seen the name "Sherwood" used in relation to typewriters is when someone has either assumed incorrectly or tried to deliberately misled buyers by calling an Underwood a Sherwood, once in New Zealand when the decal was partly missing (the "Unde" had worn off) and once in the US when the decal on the paper plate in the image clearly said "Underwood".

Mind you, it's possible such a machine was made in Italy, especially if it is fairly modern typewriter. Any chance of seeing an image, or at least a link? That would be useful. Thanks.

Here is the link from craigslist.
http://albany.craigslist.org/atq/2805478803.html
I like the look of the black keys with the case. Also the space bar looks a little curved. Looks like the case is zippered as well which I haven't seen before.
What do you think?

Will Davis also has a page on the Engadine on his Portable Typewriter Reference Site.

Thank you so much! Do you think it's worth buying?

As a curiosity, yes; you'd have the only known Sherwood in the world (or so you could claim!). I've certainly never heard of it, and Will Davis doesn't list it among his alternative brand names for the Engadine. But I possibly wouldn't if I wanted to use it. The one I have is no great shakes as a typer. You probably noted if you looked at my later post, but the very modern plastic lookalike isn't called an Engadine, but is allegedly made by IMC.

Hi there. I ended up buying an Olivetti instead. One thing I noticed right off the bat is that the piece that moves the ribbon up and down as you type is very sluggish. Plus, when I switch to the red half of the tape it has a very hard time moving up to access the red part. What is this piece called and can you tell me anything about making it move up and down faster? Thanks so much.

Personally, every time I see "Bundy Typewriter," I try not to think of a fictional show salesman from Chicago...however hard I try, my first thought is of the Al Bundy character on Married With Children... :(