Fregoli! Anomalies of a Whacky Week 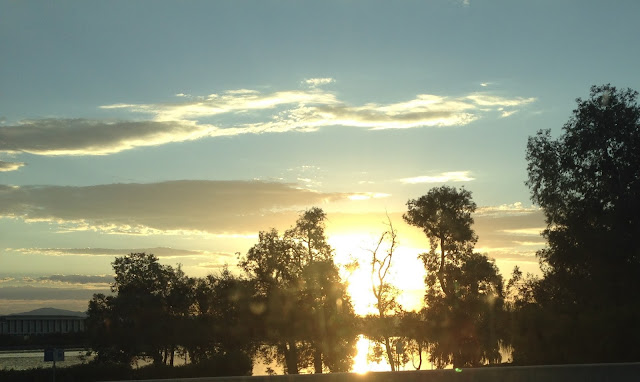 Driving along the Lake Burley Griffin foreshore to watch Anomalisa.

Spooky. The opening scenes roll and it's a sunrise in Cincy, 2005.

Then Michael Stone strides down the same North Kentucky International Airport concourse I once traversed. No 6ft 7in tall guy to meet him, but plenty of talk about Cincinnati chili.

In the basement of the Fregoli in Cincinnati. I remember well achieving such feats, setting records for desk hopping in an office in Western Australia in a past life.
Sitting perfectly still and safe and watching the first R-rated animated film nominated for an Oscar, a stop-motion movie set in Cincinnati and incorporating much animated talk of the cherished Cincinnati chili, seemed an oddly appropriate - if inanimate - way to end a week packed with assorted oddities and unusual activities. These ranged from animatedly dodging deadly Eastern brown snakes and rampant peacocks on a 40-acre farm at Hoskinstown to ducking the slings and arrows of outrageous ineptitude from Fyshwick to Capital Hill (not to mention watching, with incredulity, the things that unfolded in New Hampshire). This series of bizarre events had set my mind awhirl, to the point at which it seemed to be about as cloudy as the steamed-up mirror in the bathroom of the room Michael Stone occupies in Anomalisa, in the fictional Cincinnati hotel, the la-di-da Fregoli.

Much of the stilted "action" in Anomalisa is filmed inside the Fregoli and in particular Stone's all-too-familiar-looking hotel room. The film is directed and produced by Charlie Kaufman, and is based on a "sound" play Kaufman wrote in 2005 under the name Frances Fregoli. Fregoli is, of course, no chance choice of pseudonym, plucked from Kaufman's fertile if somewhat weird world of imagination, but a reference to the very real delusion of doubles, the disorder in which a person believes that different people are a single person in disguise. Such paranoia can lead to a sense of persecution and to delusional misidentification syndrome (DMS). But enough of Leopoldo Fregoli, the great Italian protean actor after whom this delusion is named. 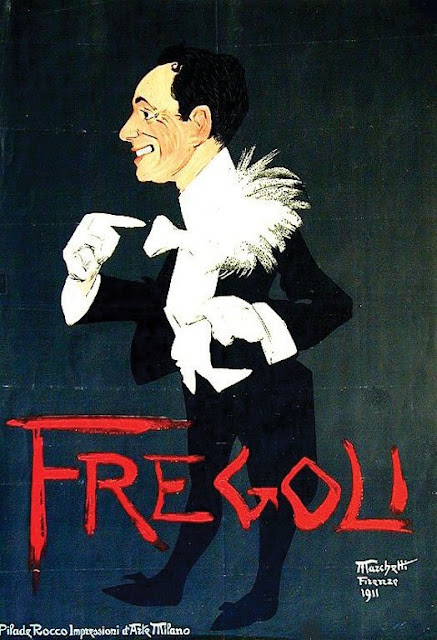 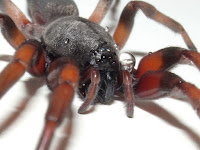 Oddly enough, stuck painfully at the heart of all this whackiness was a young lady I do not know, an African-American basketball player from St Albans, West Virginia, a town a little way south of my favourite typewriter museum, at Chestnut Ridge. It was disturbing that after West Virginia had offered me so much hospitality, my own home town had failed miserably to return the favour. Last week I happened to read in the throwaway paper that point guard Renee Danielle Montgomery, who'd come here to play for the Canberra Capitals, was bitten by a white-tailed spider (Lampona cylindrata), which had reportedly crawled into bed with her. I can say with non-Fregoli-like precision that I felt her hurt as if it were mine. Renee's suffering certainly made me all the more wary of snakes and peacocks, when I was insouciantly led to encounter same the very next day, by someone I did know. 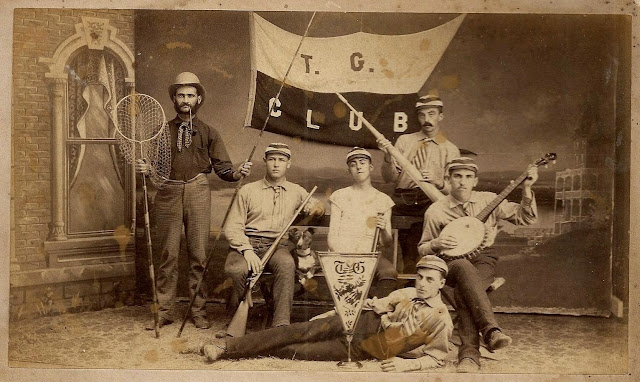 The Tilton Glee Club of New Hampshire.
Given the vagueness of my foggy mind, by the time I tried to digest Anomalisa (it's an anagram for a Mona Lisa, which is in turn is an anagram for "Amon l’Isa", as in the alleged code for ancient Egyptian fertility gods) I was struggling to pin the point at which this all began. Then it came to me. It must have been the New Hampshire primaries which turned the old cortex on its Costard. My first reaction had been to wonder whether they played duelling banjos in the Granite State. But I dared not ask my American friends, especially once I had seen the comments from fellow Typospherians Bill MacLaine and Ted Munk. Things started to settle down after I'd I studied the history of New Hampshire primaries ... 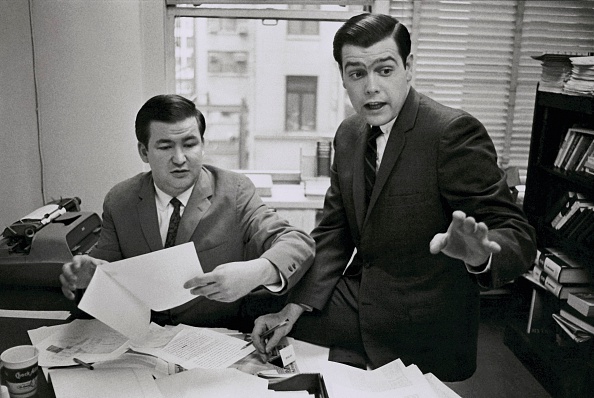 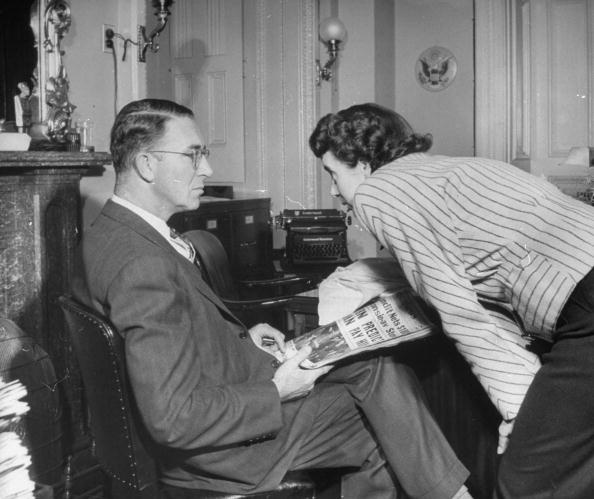 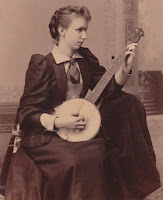 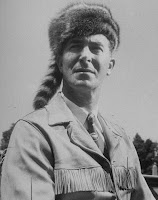 What also promptly buttoned my lip on the New Hampshire results was the shuddering truth about putting down stones while living in glass houses. Here in Australia this week we got ourselves our very own rootin' tootin' Deputy Prime Minister, none other than the Badgerin' Barnaby Joyce, the guy who wanted to kill Johnny Depp's dogs. By an eerie coincidence, a day or two later, another hip-shooter, George W. Bush, came out throwing phantom punches at Donald Trump (on behalf of bro' Jed), just as he did in his days of playing rugby for Yale. Trump, admittedly, once consorted with rugby players, himself - Andre the Giant (André René Roussimoff) played the game in Grenoble. Depp, meanwhile, said he had "killed and eaten" his pet Yorkshire terriers Pistol and Boo, under orders from a "sweaty, big-gutted man from Australia": 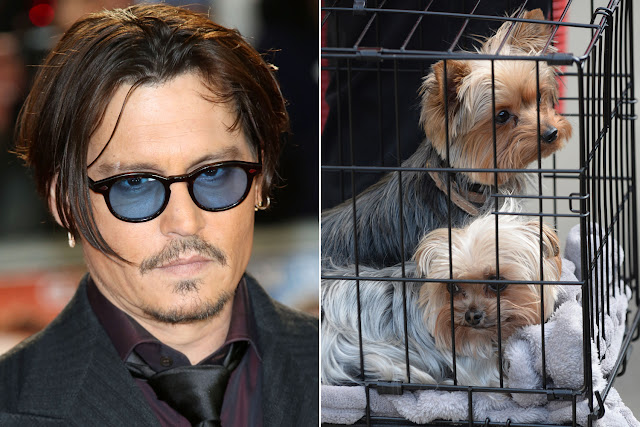 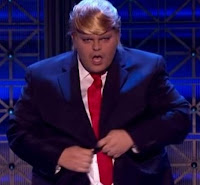 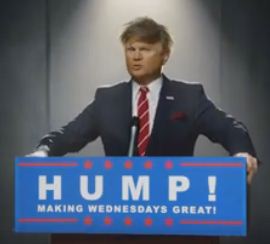 Still, I remain less than convinced I can go along with the Reverend Ted's "dream election". For one thing, visiting US Congressman Barney Frank, a Democrat here to talk to a think tank no less, mumbled Don Corleone-style to our ABC TV 7.30 Report on Monday night that "It's very clear Bernie Sanders cannot win". And already the Trump lookalikes (eg Josh Gad, left, and Fatty Vautin, right) are wearing very thin indeed. Obviously there are still many crazy steps to take in the race to the White House, and things will doubtless get sillier yet. After all, when did anyone ever make any sense out of politics and politicians? Will we get ambushed by a father-and-two-wimpy sons as presidents? By a husband-and-wife team as presidents? Who knows? Not Hillary, not I, and frankly, my dear, not Barney Frank ... 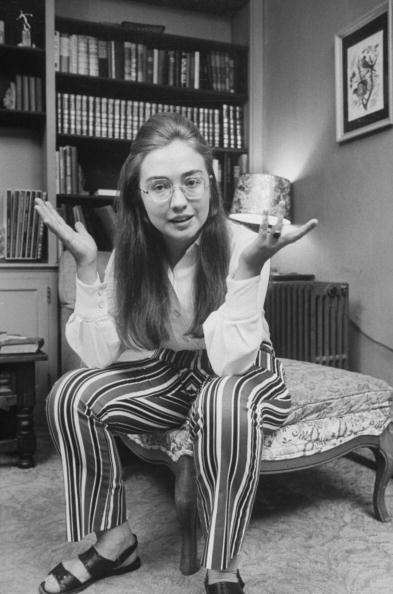 In this country it'll take some time to work out which of the Malcolm Turnbull-Barnaby Joyce duo is Thelma and which is Louise. "It's not Thelma and Louise," said Prime Minister Turnbull yesterday. "It's Barnaby and Malcolm. But we're on the road trip and we're having a great time." Great for them, not so much for the country as a whole ...

What we do know is that neither Trump nor Sanders has been photographed with a typewriter in their offices, though Sanders did, apparently, once use a typewriter. 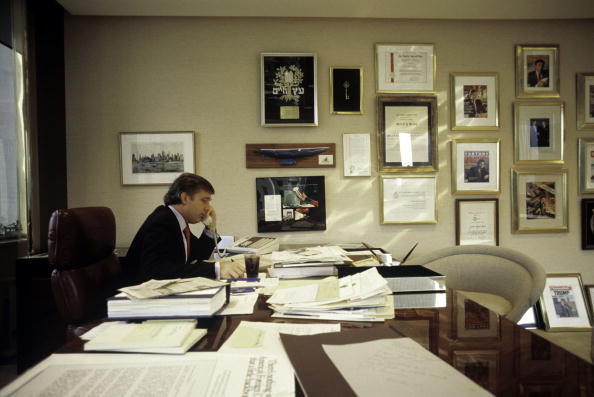 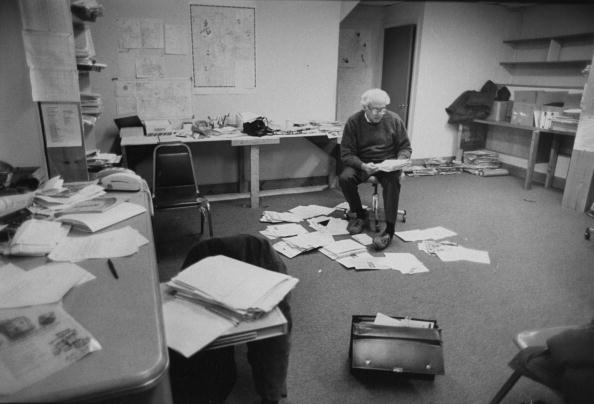 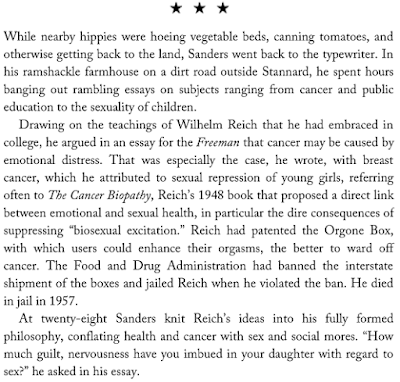 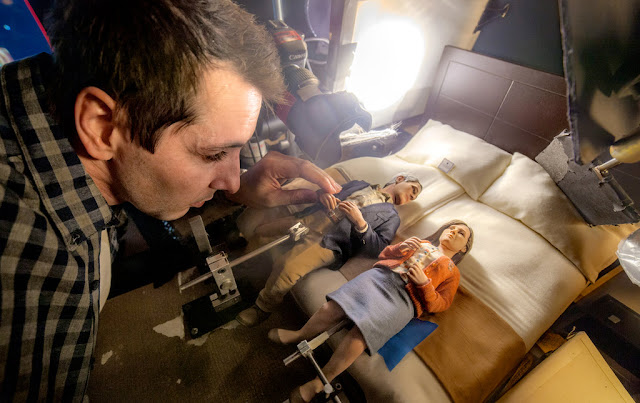 Charlie Kaufman does his own fine job of mocking George Dubya and the US Government in Anomalisa. Once I realised what wonderful movies Kaufman-scripted Being Donald Trump or Eternal Sunshine of the Clinton Mind would be, my head cleared and I finally grasped what Anomalisa was all about. And why its being set in Cincinnati is so appropriate. Cincinnati, at least for me, is the spiritual home of the Typosphere, the more so now that the Typewriter Revolution was written for the ages and launched from there. I hope the founders of the Typosphere will forgive me for saying this. 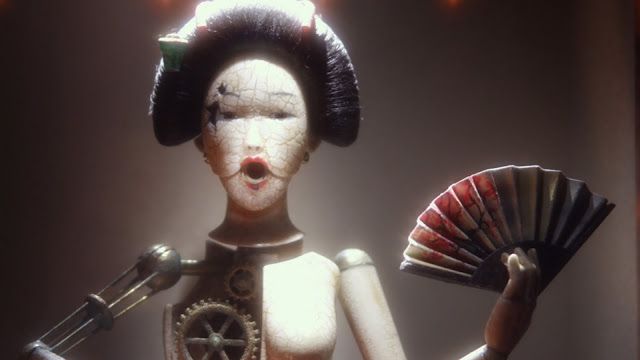 The revelation came to me on St Valentine's Day when Richard Polt posted from Cincinnati with a card which mentioned chili and chocolate. So here it is: Californian-based self-help author Michael Stone, on a book promotion trip, and baked goods saleswoman Lisa Hesselman are, in effect, Typospherians. They stand apart, special and individualistic, different from the iPhone, iPad-toting hordes. (I loved Lisa's anti-PC line about the Jew's Harp). The "characters" voiced by Tom Noonan represent everyone who's not a Typospherian - that is, a member of the common flock, mindlessly obedient to technological trends and largely incapable of original thought. They are like the animatronic geisha Stone buys for his son "Slugger" in a sex toy shop (next door to my favourite pimp store). They operate by rote, mechanically, lemming-like. That's what I ultimately took from Anomalisa, anyhow.
Or have I been having too many apple mojitos here?

Posted by Robert Messenger at 14:43

I'm looking forward to seeing this film, Robert. And as film review-cum-political commentary, this was very entertaining writing, well done.

Looks and sounds interesting, wonder if the DVD price has dropped yet. :)

See? I *knew* it would be good theatre! :D
Just think of the fun (or England, if that works for you).