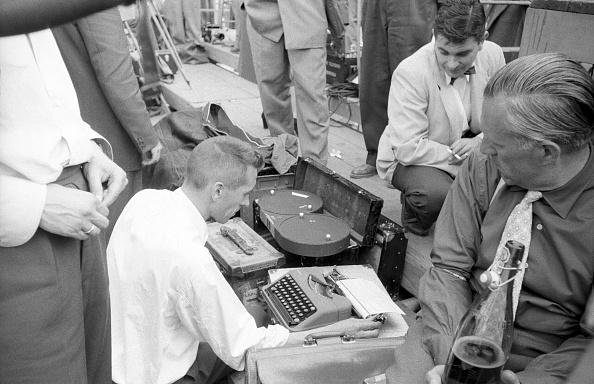 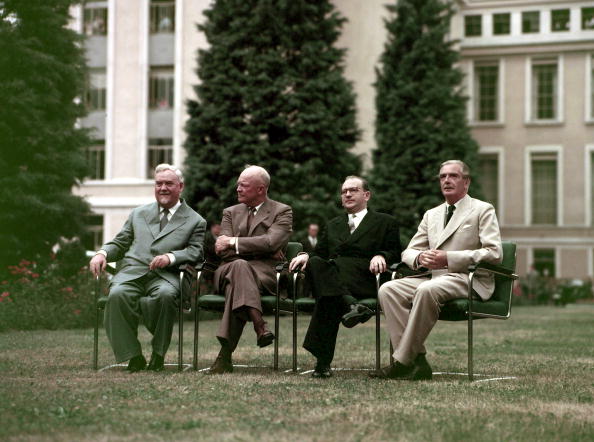 Bulganin, Eisenhower, Faure and Eden in the gardens of the Palais des Nations, the United Nations headquarters in Geneva. 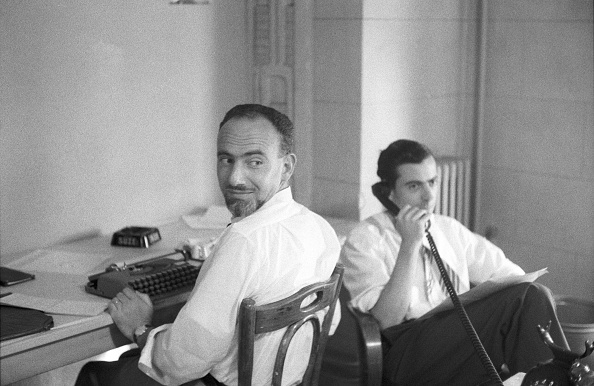 The four were accompanied by foreign ministers John Foster Dulles, Harold Macmillan, Vyacheslav Molotov and Antoine Pinay. Also there was Bulganin's then ally Nikita Khrushchev, the key figure in what the Western Press of the time called the "B & K Show". 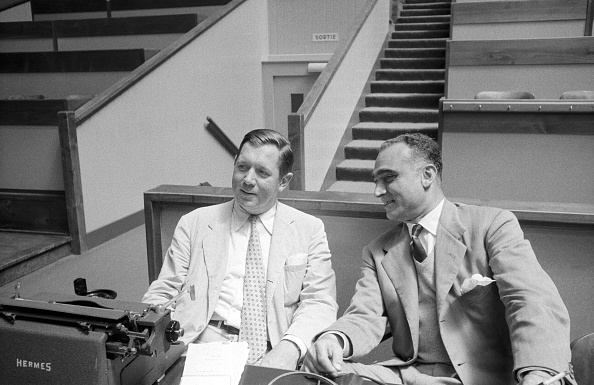 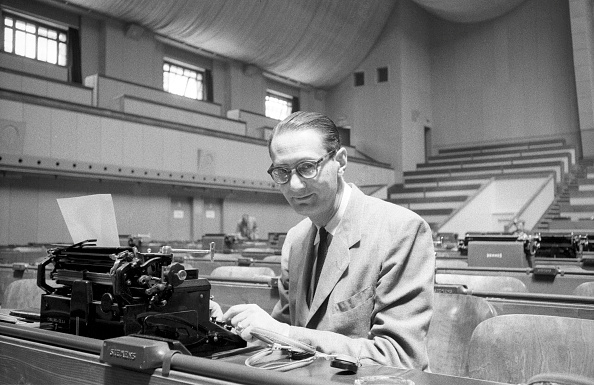 All the talk aimed at ending the Cold War by reducing international tensions - on German reunification, the arms race and nuclear warfare, trade barriers and diplomacy - soon proved empty. Within 15 months Soviet tanks had rolled into Budapest and Britain and France were bombing the Suez Canal. Faure was gone from office by February 1956, McMillan succeeded Eden in February 1957 and in March 1958 Khrushchev forced Bulganin's resignation. Only Eisenhower remained in power by the end of the decade. 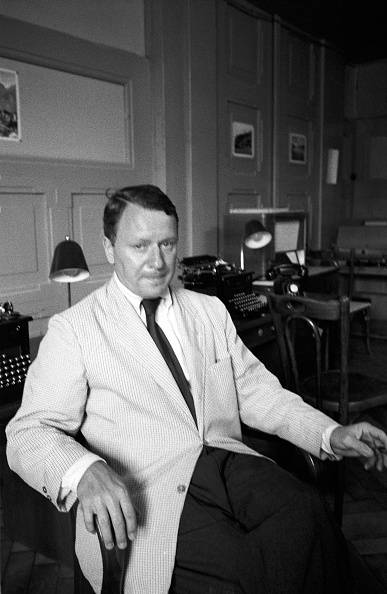 These were very different times. Journalists were content to share a work room with a bar and accommodation in a gymnasium while covering the summit, some of them spent their nights in smoke-filled clubs where contortionists performed, little girls stood on pavements thinking the world had been turned upside down, premiers smoked and told jokes, chauffeurs wore stripped socks and Genevans baked in the sun while lying on concrete. 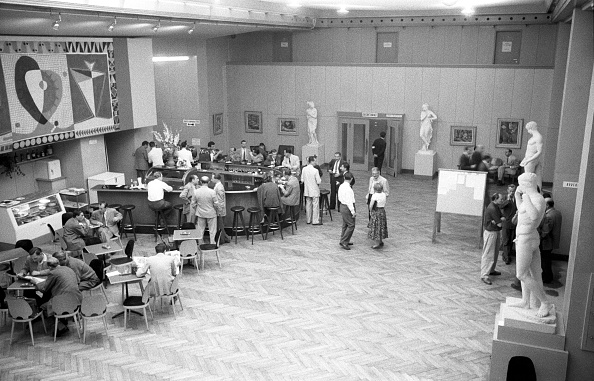 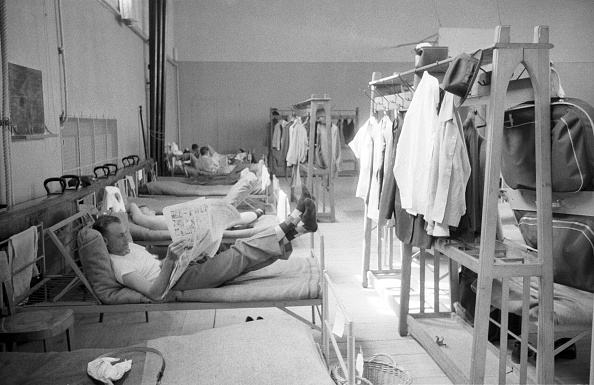 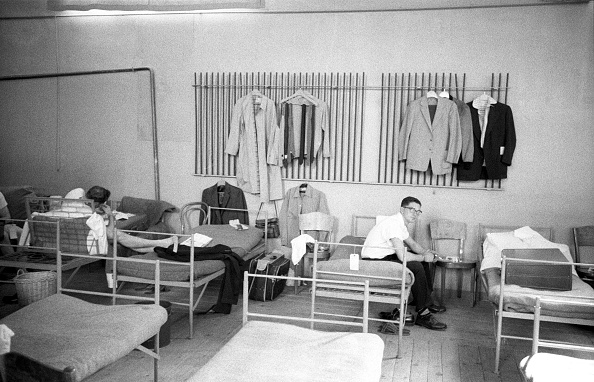 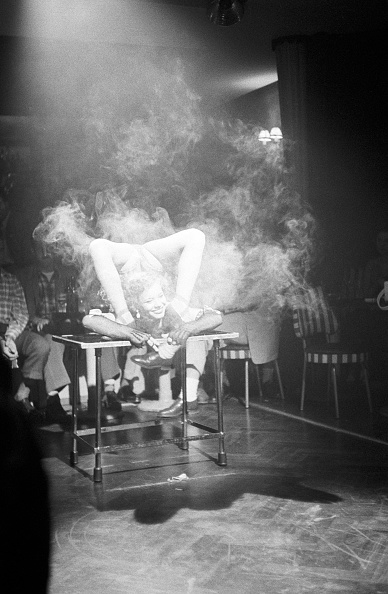 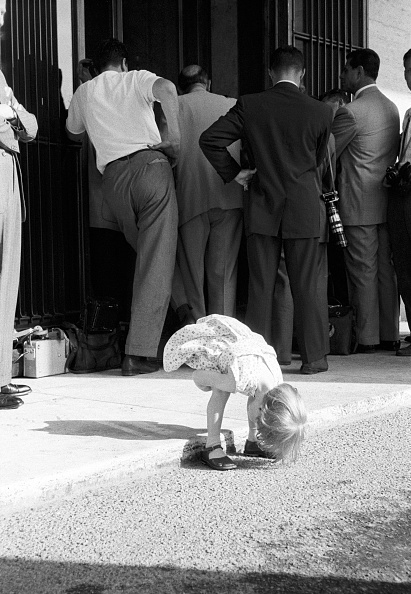 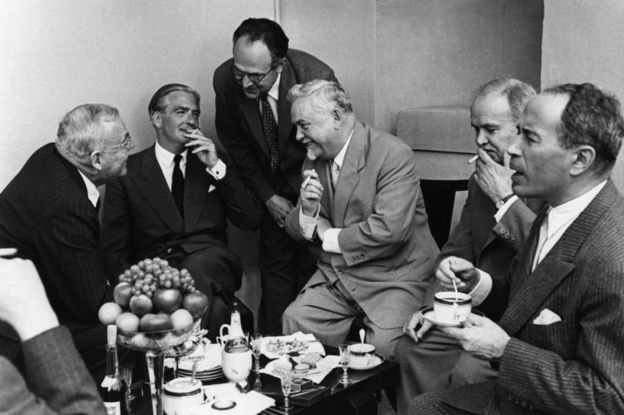 "An Englishman, a Russian and an American went into a bar ..." 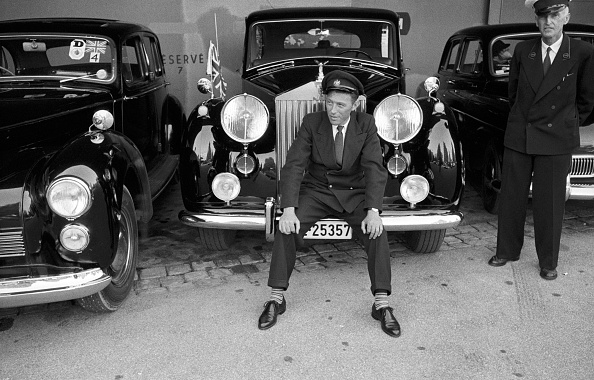 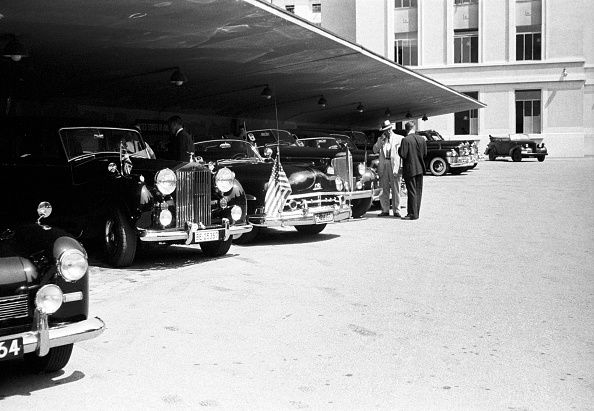 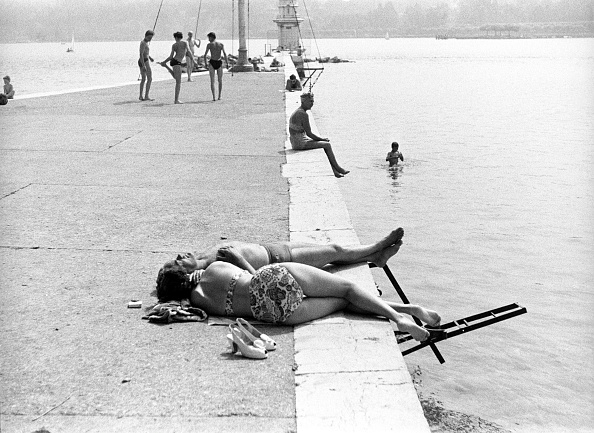 When similar talks were held in Geneva 22 years earlier, during the League of Nations' Conference for the Reduction and Limitation of Armaments, Remington portable typewriters were the work tool of choice. 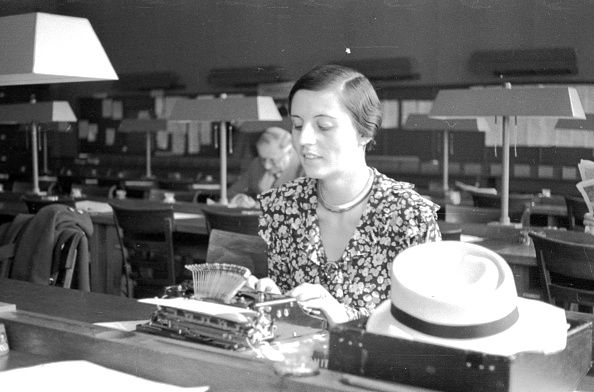 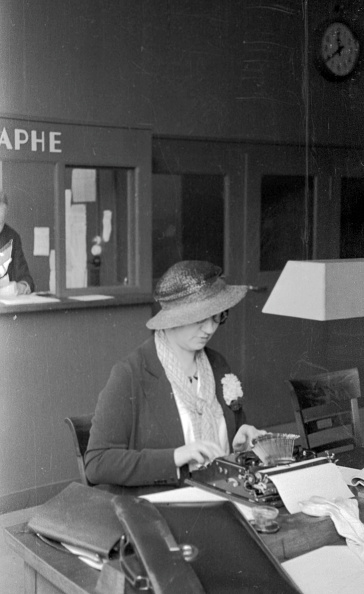 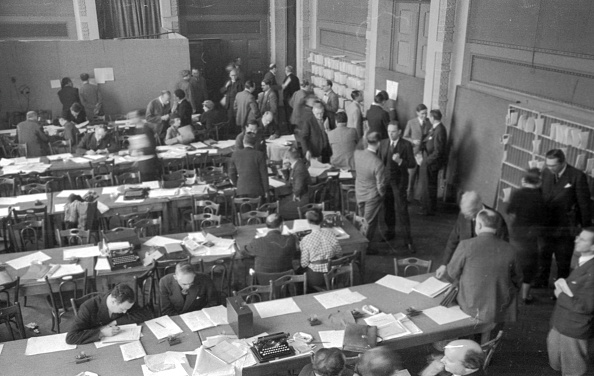 These talks were resumed just days after Adolf Hitler had assumed power in Germany and in October Germany announced its withdrawal from both the conference and the league. So this Geneva gathering also proved a complete waste of time and effort, as New Zealand's brilliant political cartoonist David Low pointed out in this illustration: 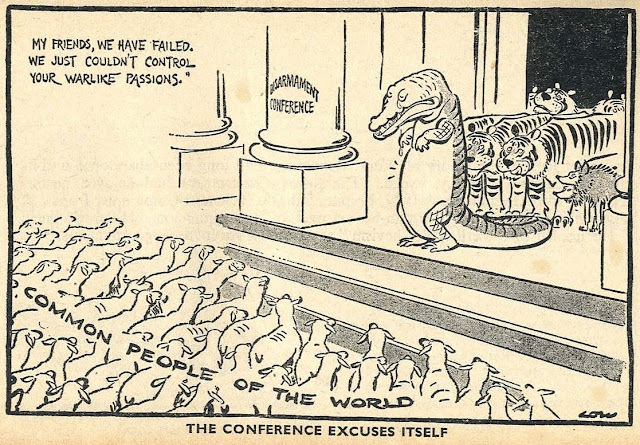 Posted by Robert Messenger at 11:37

Interesting photos. I wonder if the reporters brought their own typewriters or they were supplied since it seems all one brand at one time and all another brand at a different time.