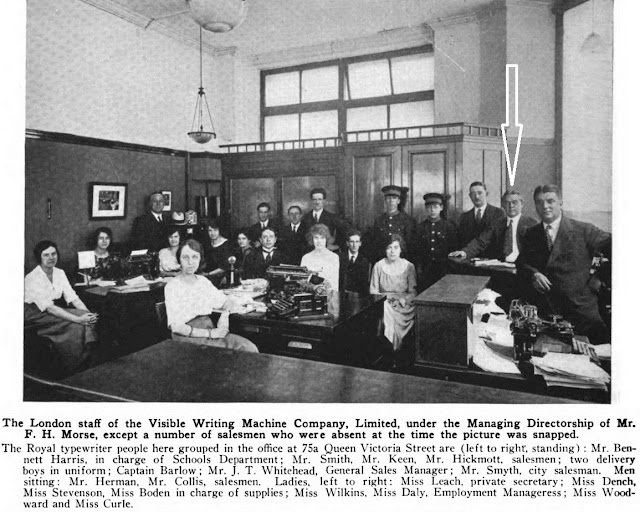 John Thomas Whitehead (1876-) was an Englishman who in 1914 was the New York-based European sales manager for the Royal Typewriter Company (distributed through the Visible Writing Machine Company of London). Tommie Whitehead had earned his stripes as a travelling salesman in the American Mid-West.
In Omaha in 1898 Tommie married 17-year-old Effa Mary Van Cleave, who was born in Beaver City, Nebraska, in September 1880. I swear, I'm not making this stuff up.
The couple were together for 12 years, during which time they moved to New York, where Tommie joined Royal soon after its foundation in September 1904. The new company was in need of expert, experienced salesmen and, given his English connections, Royal boss Ed B. Hess had little hesitation assigning Tommie to the European beat. Sometimes Effa travelled across the Atlantic with her husband, on his regular typewriter-related visits there, but not always.
Eventually Effa grew tired of Tommie's long absences on his typewriter selling trips and in 1910 she left him. In 1912 they got back together, but the reunion didn't last long and by the next year they were permanently separated. Effa, a trained nurse, remained at 400 St Nicholas Avenue, where she let rooms to provide herself with some extra income.
This left Tommie wanting a divorce and Effa wanting some male company. 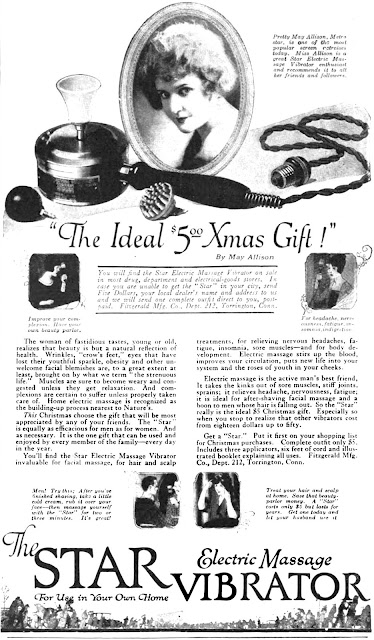 In the summer of 1913 Effa took herself off to Manhattan Beach in Brooklyn and there she met Walter A. Vaughan, a sales manager for an electric vibrator company. Effa told Walter she suffered from chronic indigestion and back pain and Walter suggested a visit to his electric therapeutic clinic in Brooklyn, to have some magnetic wave treatment. The magnetism between them grew, they went to the theatre and dinner together, one thing led to another and the next thing Walter was visiting Effa at her home, and then staying overnight. The fact that Effa let rooms on St Nicholas Avenue proved a convenient cover. 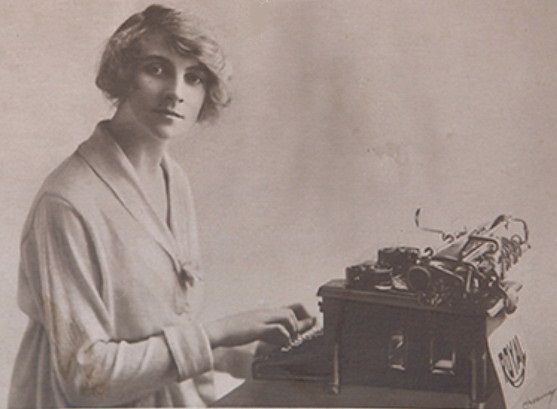 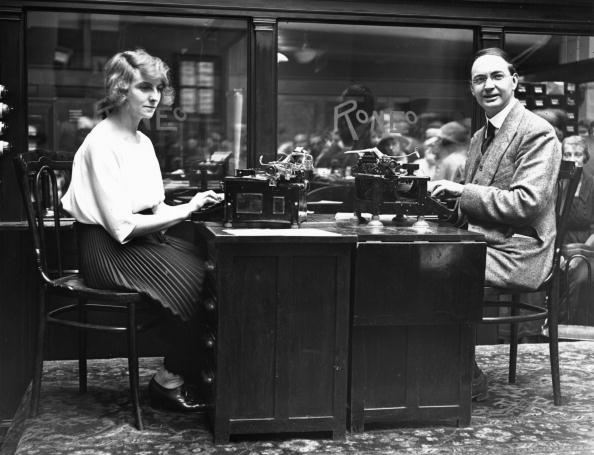 Meanwhile, Tommie had met a nice lady in England, Jessie Mabel Bettridge, 14 years his junior, a woman of independent means and a member of the typing Woodward family. Her cousin Millicent Woodward was the European champion speed typist and worked for Royal in London.
So divorce had become an imperative for Tommy - and this was long before the enlightened era of blameless divorces. 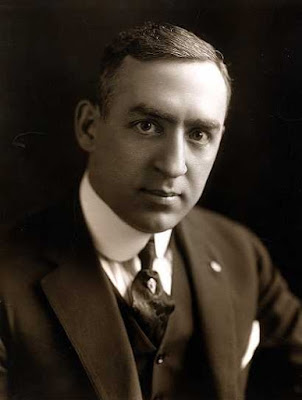 Ace New York private detective Ray Schindler
In the spring of 1914, just before he was due to return to England from the US, Tommie hired the famous (and very expensive) private detective, Raymond Campbell Schindler, of New York's Schindler Bureau of Investigation (opened in New York in 1912). Tommie and the renowned sleuth had something in common - Schindler had started his working life as a typewriter salesman in New York. Schindler was a smart operator - and in his employ was a pretty young trainee called May Gruer. Schindler had Gruer rent one of Effa's rooms so she could keep on eye on Effa. Effa was naïve enough to include Gruer in dinner parties she held for Vaughan and soon the honey trap was set.

At midnight on Tuesday, May 5, 1914, Whitehead, Schindler and Gruer let themselves into Effa's house and charged into her bedroom with a flashlight - finding Effa and Vaughn in flagrante delicto. 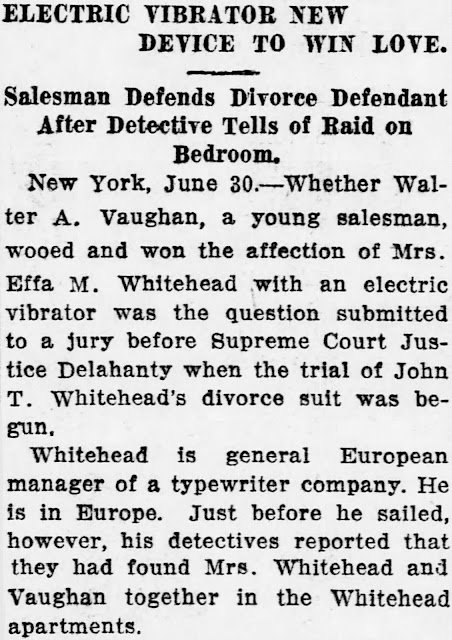 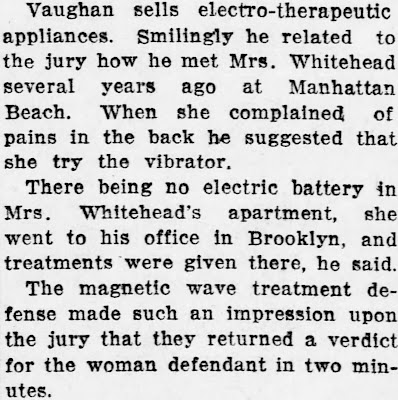 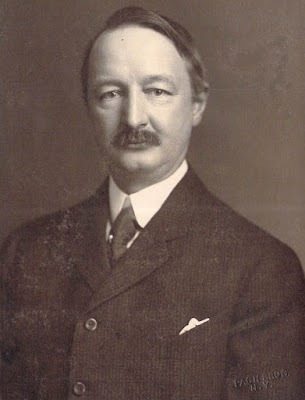 No divorce - Judge Delehanty
In Tommie's absence in Europe, on June 25, 1915, the evidence of Schindler and Gruer was presented in the Supreme Court of New York before Judge Francis Blase Delehanty and a jury. Effa denied everything and Vaughan gave nothing away. Within two minutes of being sent out to deliberate, the jury returned with a verdict. Effa was found not guilty. 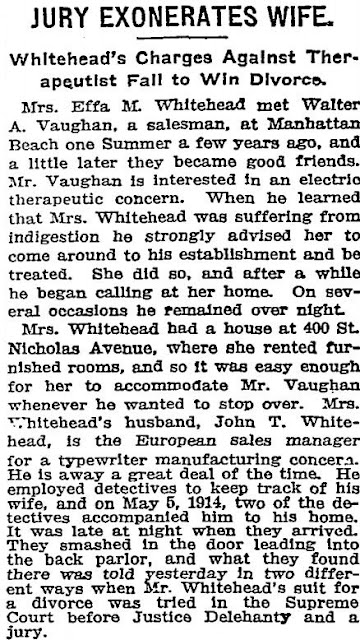 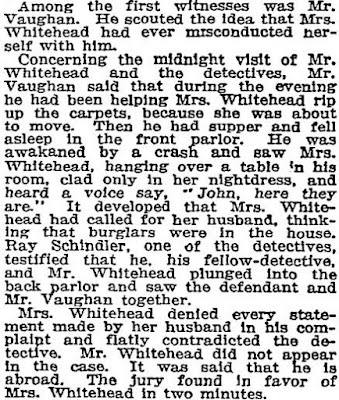 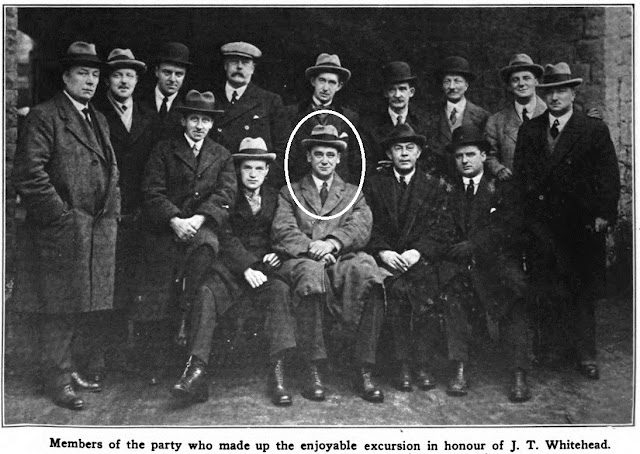 Tommie returned permanently to England and eventually did get a divorce. In 1920 he married Jessie. Back in New York, Effa decided to call herself a widow, which became true to a point in the mid-20s, when Tommie died, leaving Jessie to spend the rest of her life as a grieving though very well-to-do widow in the family home, Pennel Dene, Sutton, Surrey. She died in 1961. 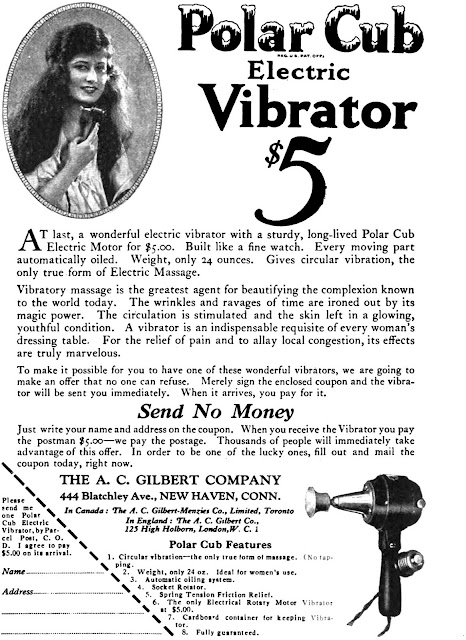 Posted by Robert Messenger at 20:36

Your research skills are truly formidable, Robert! I never know what I will find when I come to your blog.