The Chicago Typewriter and the St Valentine's Day Massacre 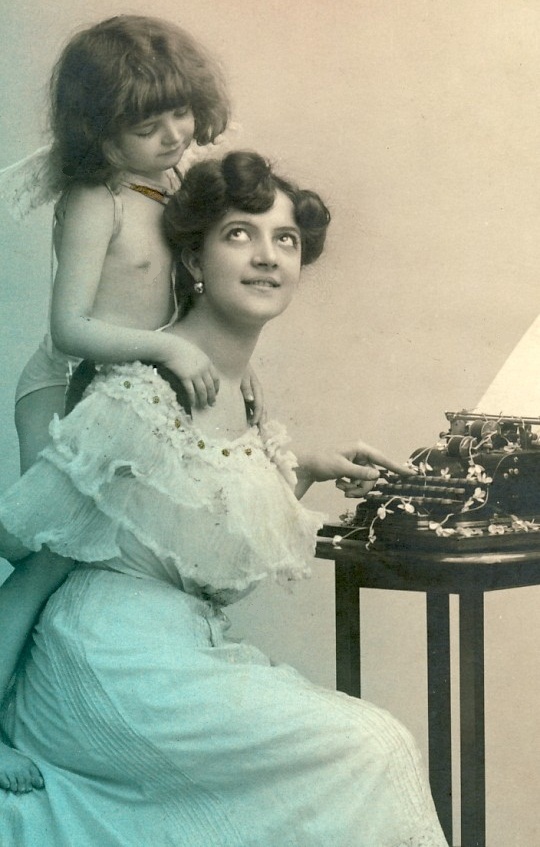 From being admired by cupids to being fired by criminals (and gamers). 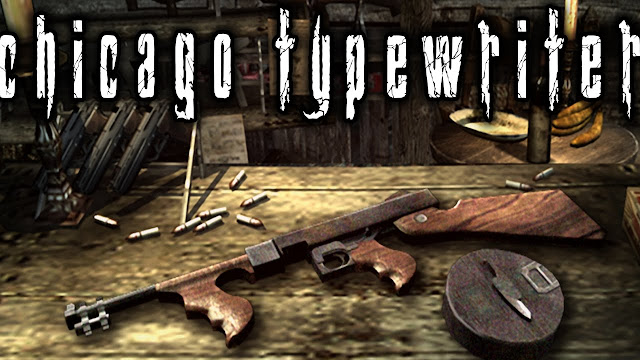 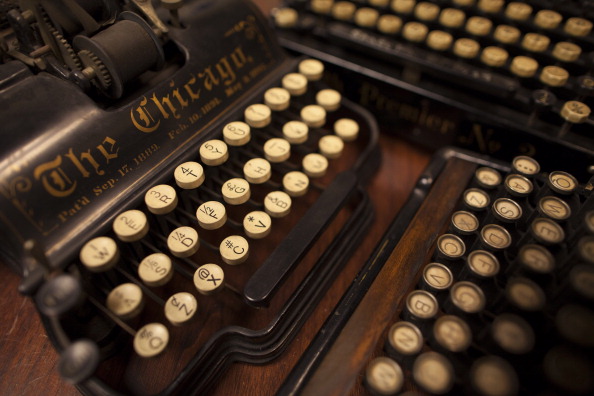 A Chicago typewriter is three things:
1. First and foremost, a typewriter. It began life as the Munson, invented (solely) by Samuel John Seifried (1867-1912) and made by Frederick Woodbury Munson and his brother Louis Lee Munson from 1890. The plant, patents and other assets were bought by Edgar Arnold Hill and the machine became the Chicago in 1898. Manufacturing moved to Galesburg, Illinois, in 1904 and production continued until 1913. (Also known as the Baltimore, Conover, Competitor, Draper, Galesburg, Mizpah, Standard, Ohio and the Yale).

2. From at least February 1940, a Chicago typewriter was also a name for a submachine gun, usually a Thompson (after its inventor General John Taliaferro Thompson, below, 1860 -1940), also known as a "Tommy" gun. Thompson invented the gun in 1918 and found a backer to make it in Thomas Fortune Ryan (1851-1928), who also was the financial clout behind the Royal Typewriter Company. 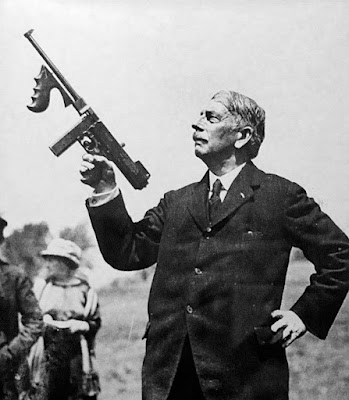 3. An interactive video game weapon. If one keys in "Chicago typewriter" on Google Search, Google Images or YouTube, the overwhelming number of links that come up are related to either the machine gun or the gamers weapon. 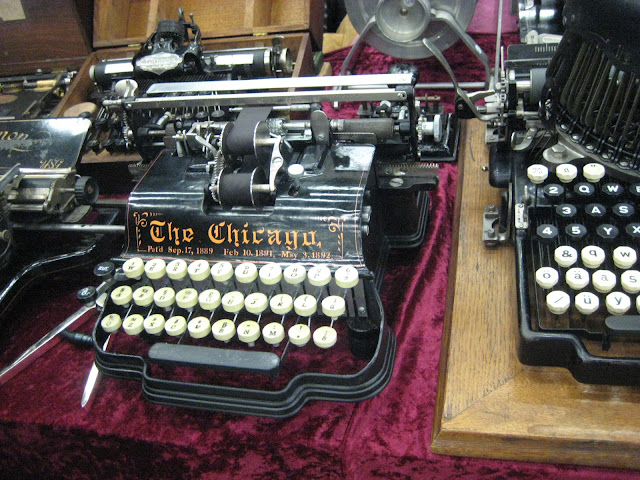 The New Partridge Dictionary of Slang and Unconventional English lists "Chicago Typewriter" as a fully automatic weapon and dates its use as such from 1963. In fact, "Chicago typewriter" had been used in this sense from at least 23 years earlier - to be precise, two days after St Valentine's Day 1940: 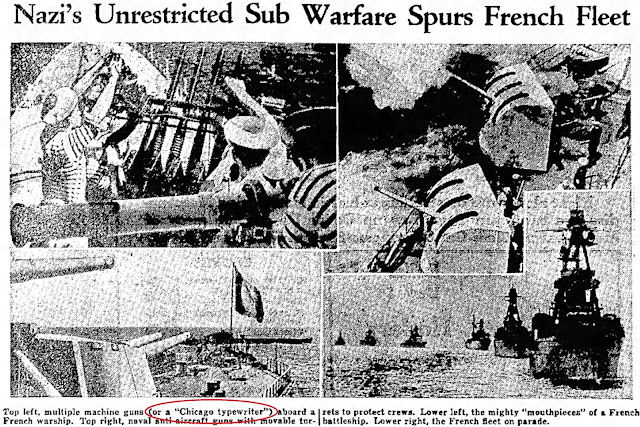 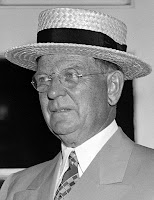 Indeed, by August 1942, the use of "Chicago typewriter" to refer to a machine gun was so widespread that it incensed Chicago's long-serving mayor Edward Joseph Kelly (right, 1876-1950). Kelly was feeling sensitive about such reminders of Chicago's day of infamy: the February 14, 1929, St Valentine's Day Massacre. So much so that he made an official complaint to Elmer Davis (left, 1890-1958), a former news reporter who was the Director of the United States Office of War Information during World War II. 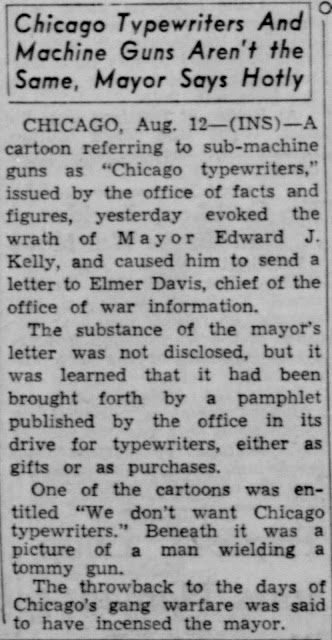 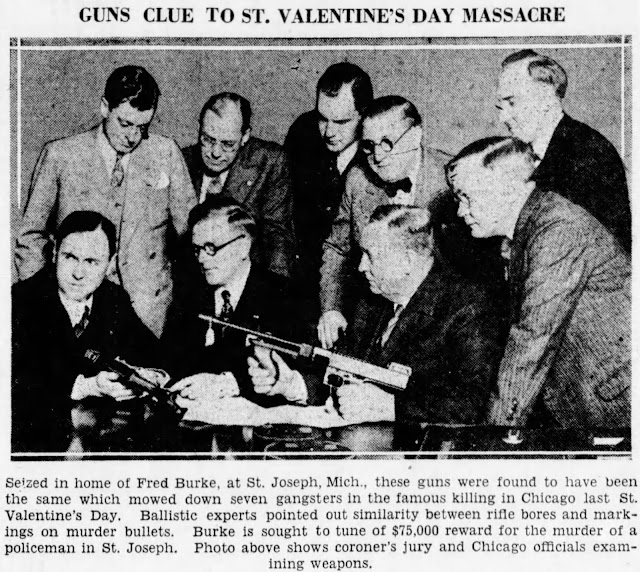 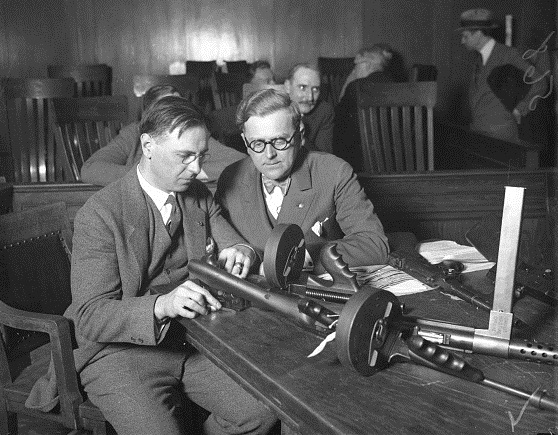 Coroner Herman N. Bundesen, right, and Ballistic expert Lieutenant Colonel Calvin H. Goddard look over Fred R. "Killer" Burke's two submachine guns (serial numbers 2347 and 7580), believed to have been used in the 2122 North Clark Street shootings in the Lincoln Park neighbourhood of Chicago's North Side, on St Valentine's Day 1929. Both guns are still in the possession of the Berrien County Sheriff's Department in St Joseph, Michigan. Burke's real name was Thomas Camp (1893-1940).
The St Valentine's Day Massacre is how the Prohibition Era murder of seven mobsters from George "Bugs" Moran's North Side Irish gang is remembered. The gang was in a bootlegging turf war with the South Side Italian gang led by Al Capone. Two Thompson submachine guns were used. 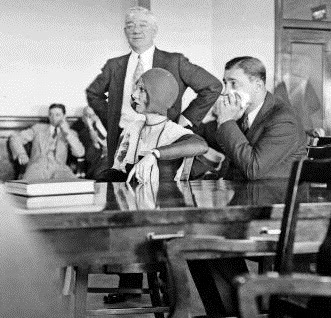 One-time suspect "Machine Gun" Jack McGurn (real name Vincenzo Antonio Gibaldi, 1902-36) in court with his brazen lover, Louise May Rolfe (1906-95), the "Blonde Alibi".
Given present-day outcries over gun control and school massacres in the US, it is interesting to look back 54 years to when the Chicago typewriter, as in the submachine gun, was again very much in the news: 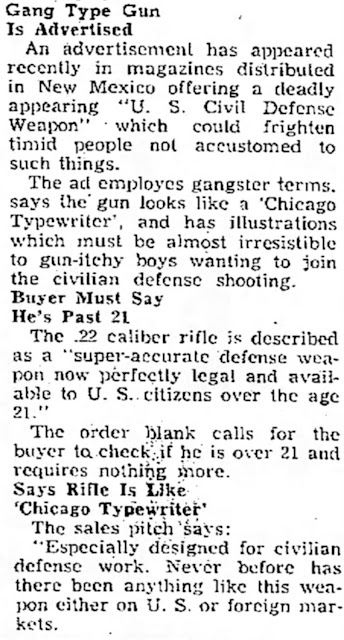 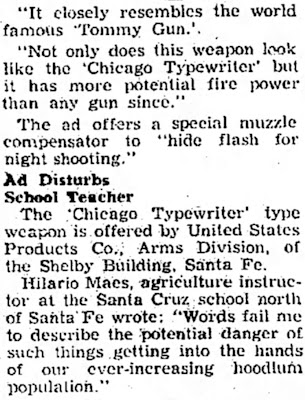 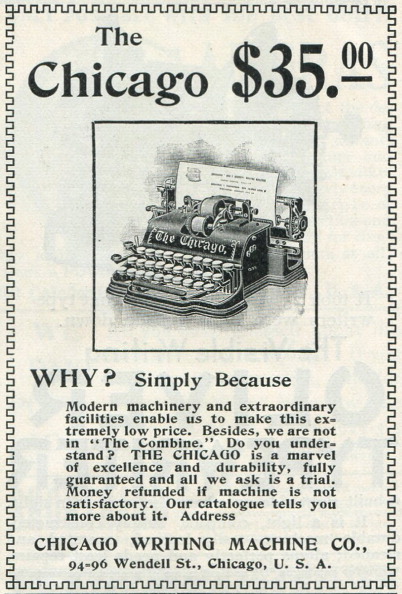 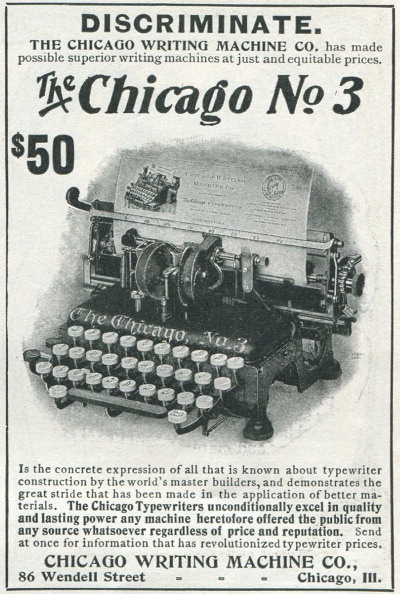 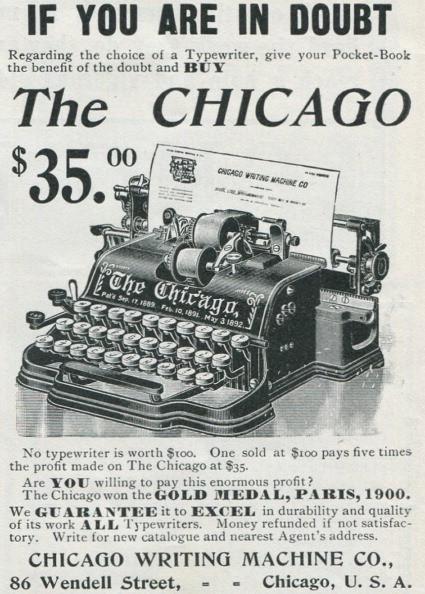 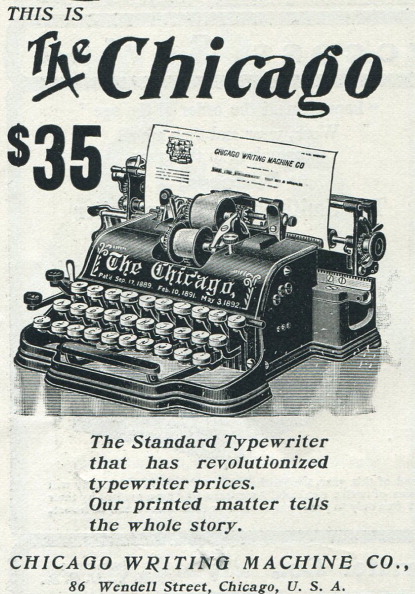 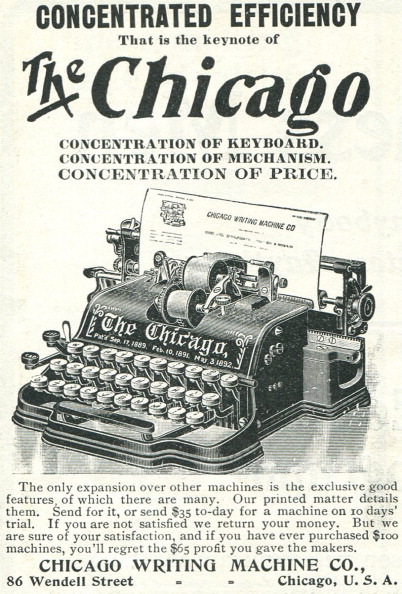 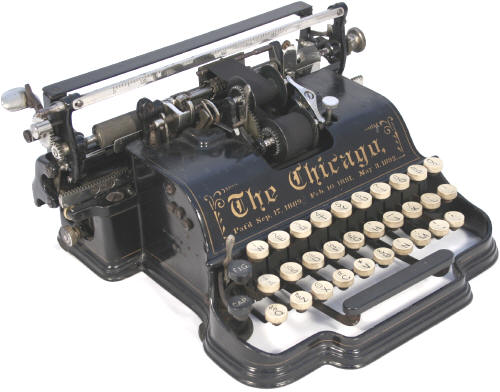 Posted by Robert Messenger at 16:53

Excellent post Robert. I'm unsure which I want to add to which one of my collections. I guess I'll need to stick to a typewriter rather than the weapon since I do not have a FFL which is needed to add (not even carry or shoot it) a fully automatic firearm to a collection. Then criminals have no problem getting that which is not legal.

Happy Valentines Day, Robert! Having lived in Chicago for 20 years, I ate many times at the Chicago Pizza & Oven Grinder (still there) that was located across Clark St. and a few buildings north. On the menu, they even claimed that occupants of their building, most likely witnessed the massacre.....!
I believe the warehouse in which said event occured, has been replaced by a 60's era apartment building. The building just south of the massacre warehouse though, still stands, and it's exposed brick sidewall would have been side to side with the warehouse wall that the gang was lined up against, and gunned down!
The pizza restaurant has excellent deep dish pizza, and has been a Chicago landmark since the early 1970's.
Thanks for the bit of Chicago history, and nostalgia!

And in Afghanistan, soldiers have dubbed a machine gun a "Kandahar electric typewriter."