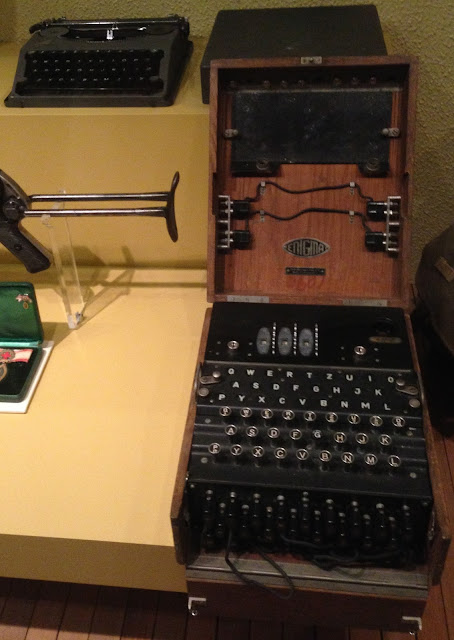 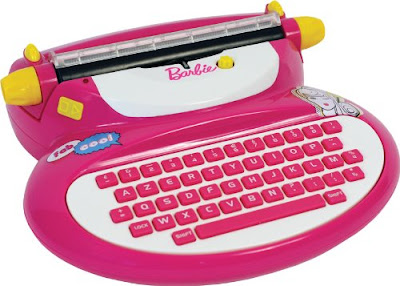 My grand-daughter Ely and I found some respite from the crippling heat wave yesterday by going to the Australian War Memorial. I was delighted to see another typewriter had been added to the exhibitions - the Hermes Baby bought by Brigadier Alfred Thomas Jakins "Ding" Bell (1913-2010) in Palestine in 1940 and used by him on Crete during World War II. 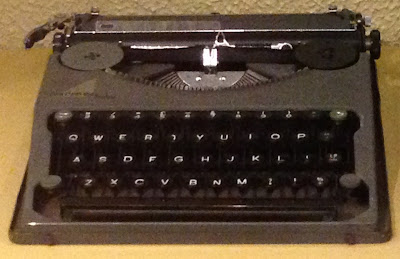 Of course, I immediately thought of Georg Sommeregger and his passion for Hermes Babys, as I enviously envisaged Georg feeling no need for an escape such as ours, given the much cooler climate of Switzerland. Little did I know it at the time, but the machine in front of Ding Bell's Baby would lead me back to Georg's typewriters.ch site for an entirely different reason.
While I tried, in vain, to get a decent photo of Ding Bell's Baby, I paid little attention to the Enigma Ultra machine in the foreground. Much later in the day, long after the sun had gone down - and taken with it much of the discomfort we'd had to endure - a truly weird connection emerged. It dawned on me that Ely, at the tender age of just 16 months, owned both typewriters AND a cipher machine. 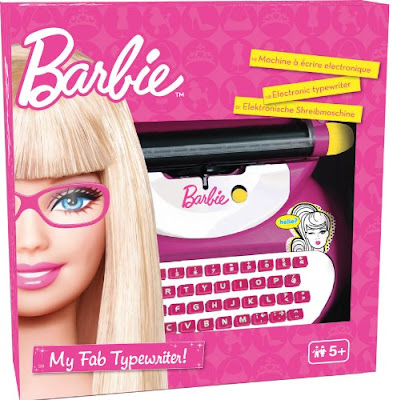 This became apparent from a Google alert to an article by Sophie Chou and published yesterday on Public Radio International's The World site, headed, "Barbie typewriter toys had a secret ability to encrypt messages". Chou wrote, "In 1998, Slovenian toy company Mehano designed a line of children’s electronic typewriter toys with the ability to write secret messages. Eventually, the company licensed the typewriter to another company that had something altogether different in mind for the toys. Slathered in pink, it was soon headed to market to appeal 'to girls' ... [from Mattel as a Barbie typewriter] ... But there’s a catch - the secret messaging feature was completely pinkwashed - never revealed as a capability of the new Barbie typewriter."
"The four encryption modes - each featuring a simple alphabet substitution cipher (or 1-to-1 encoding) - were left out of Mattel's instruction manuals and advertisements." 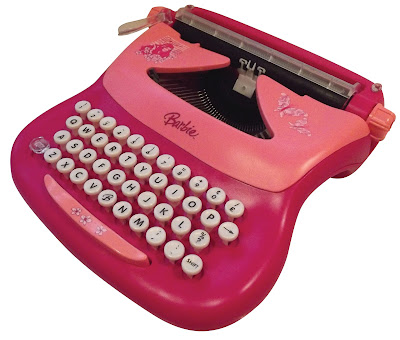 My earlier non-electronic model and its patent, below. 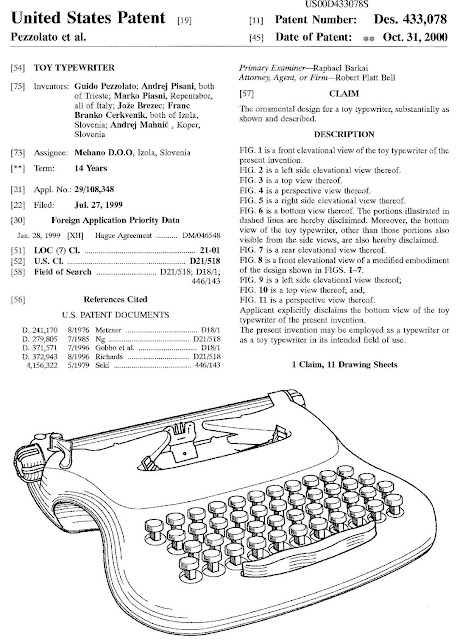 What was revealed, on this very blog more than four years ago, is that the story goes much deeper than Mehano and the Barbie typewriter. What became the Barbie was first produced in 1988 by Mehano Društvo s Ograničenom Odgovornošću, Izola, and designed by Marko Piasni, Giudo Pezzolato, Andrej Pisani, Joze Brezec, Franc Branko Cerkrenik and Andrej Mahnic. Later a close business relationship between Mehano and the Elite Industrial Group in Shenzhen, China, developed. This resulted in, among other things, Elite producing an “adult” form of the Barbie as the Olympia Traveller C (later seen as the Royal Scrittore II). 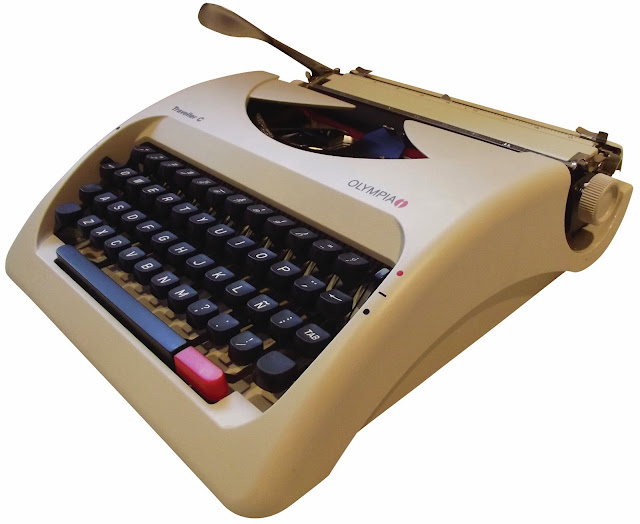 When I posted on this link between the Barbie and China, it was none other than Georg Sommeregger who commented about his own pages on the Barbie, which can be seen here and here. Some of Georg's images have been used in a detailed look at the cipher capacity of the Mehano toy typewriters, written by Paul Reuvers and Marc Simons of the Crypto Museum in The Netherlands and titled "Mehano Typewriter: Toy typewriter with built-in encryption". See in particular "Barbie Typewriter: Alphabet substitution cipher".
In June last year, Reuvers and Simons wrote, "It is little known that all electronic variants have a hidden built-in cryptographic capability that allows secret writing ... Whilst the earlier models were all made at the Mehano factory in Slovenia, the latest one [E-118] is assembled in China. 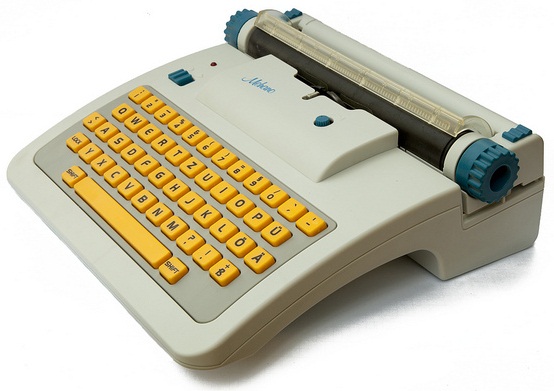 Georg Sommeregger's image of the E-115 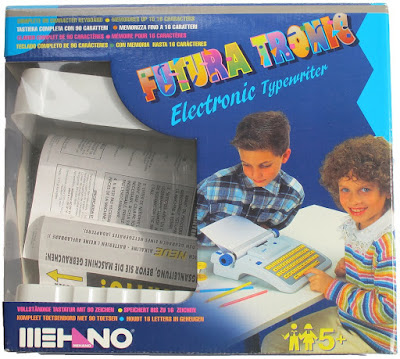 "The original version [E-115] ... was capable of encoding and decoding secret messages, using one of four built-in cipher modes. These modes were activated by entering a special key sequence on the keyboard, and was explained only in the original documentation. When the E-115 was adopted by Mattel as an addition to the Barbie product line, it was aimed mainly at girls with a minimum age of five years. For this reason the product was given a pink-and-purple case and the Barbie logo and images were printed on the body. As it was probably thought that secret writing would not appeal to girls, the coding-decoding facilities were omitted from the manual. Nevertheless, these facilities can still be accessed if you know how to activate them." (Encryption is not available on the earlier mechanical typewriters.)
Posted by Robert Messenger at 15:31

A secret capacity for secret writing — how much more cryptic can you get? Love the word "pinkwashed."