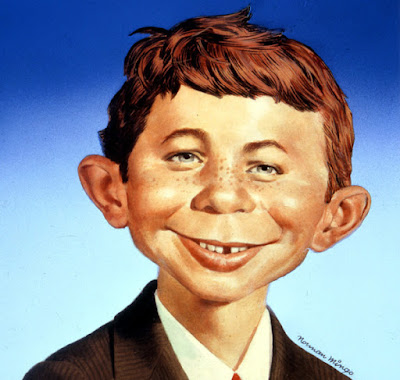 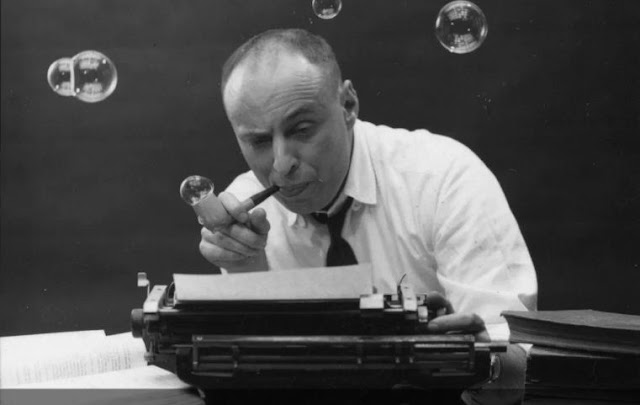 Editor Harvey Kurtzman, who claimed the image of Alfred E. Neuman for MAD magazine in 1954 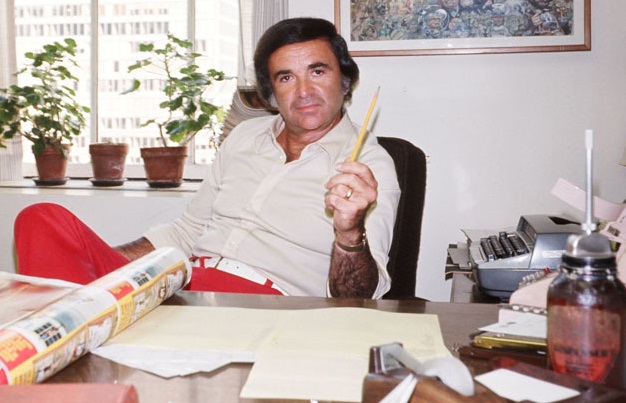 Alfred E. Neuman was named by MAD's second editor, Al Feldstein, in 1956
Why did I wake up this morning thinking of Alfred E. Neuman? It took me a while to work it out, but then ...
Australia, a constitutional monarchy ruled by a 92-year-old great-grandmother of German descent, who lives in London (which is a very, very long way from Canberra), is in another one of its mindless frenzies about a wedding to which no Australian has been invited. This one will take place at a Norman castle in Berkshire, England, on Saturday. At least I'm a direct descendant of the Normans, which the couple getting married are not. But the apron strings of old Mother England are still proving too tough to cut.
The wedding is between a fellow called Harry Wales (sounds like something from John le Carré), the nephew of a lady who came to one of my own weddings (as plain Jane) and a Los Angeles divorcee called Meghan Markle, who in order to dig her mits into the mostly ill-gotten imperial gains had to be baptised into the Church of England, take out British citizenship and virtually disown her own father. If this seems strangely familiar, think very strange and Wallis Simpson, except blow-hard Bessie was from Blue Ridge Summit, Pennsylvania, and was twice divorced. 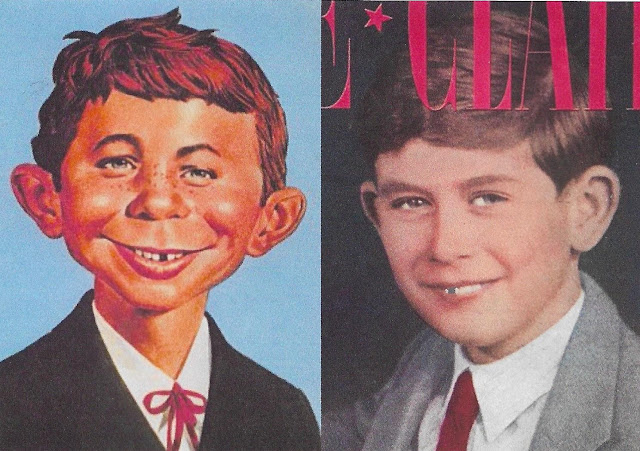 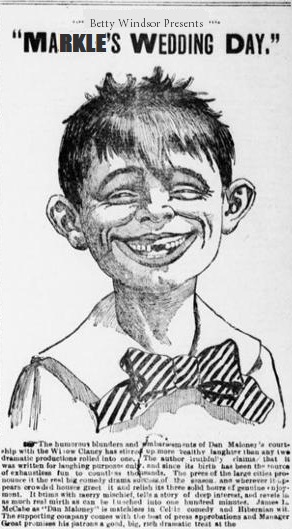 It is, as I say, a mad, mad, mad, mad, mad world.
What most of those who are getting their knickers in a twist about Saturday's wedding don't realise, however, is that Harry Wales is the son of Alfred E. Neuman. Well, to be fair, since Alfred E. Neuman doesn't actually exist, the inspiration for Alfred E. Neuman. Yes, in 1958, when Harry's alleged dad, a chap called Charlie Windsor, was nine, readers of MAD magazine and Marie Claire realised that Charlie and Alfred were identical, and wrote to MAD expressing their discovery. 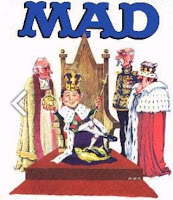 Shortly thereafter, an angry letter under a Buckingham Palace letterhead arrived at the MAD offices: "Dear Sirs, No it isn't a bit - not the least little bit like me. So jolly well stow it! See! Charles, P." The letter was authenticated as having been written on triple-cream laid royal stationery bearing an official copper-engraved crest. The postmark indicated it had been mailed from a post office within a short walking distance of Buckingham Palace. 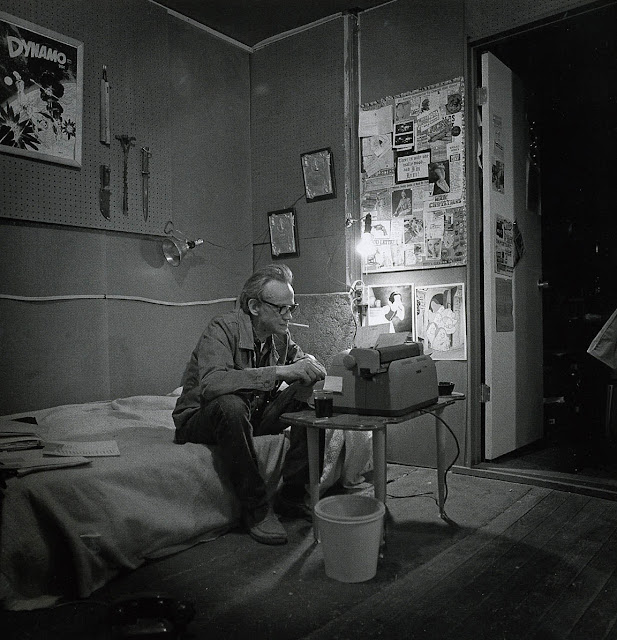 MAD writer and artist Wally Wood covering a "royal wedding". What I think of it is below: 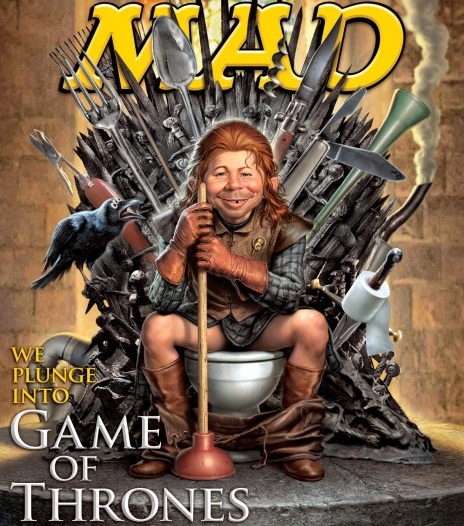 You nailed it Robert!