The Typing Lady of the Lines

Today's Google Doodle features Maria Reiche Grosse-Neumann, the "Lady of the Lines", a German mathematician, scientist, archaeologist and technical translator who revealed the significance of the mysterious Peruvian Nazca Lines. 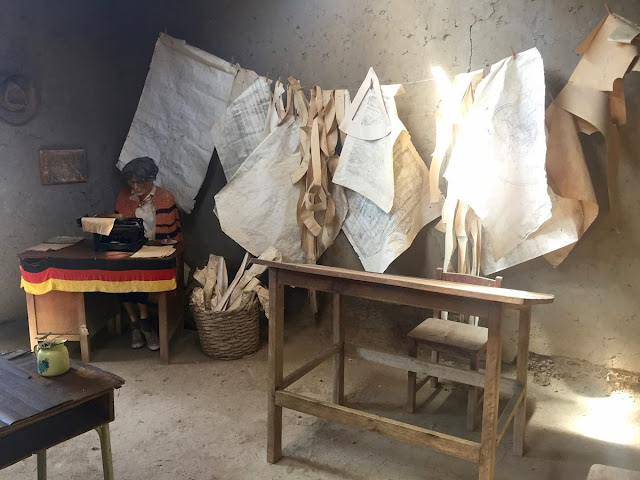 In the Maria Reiche Museum in Provincia de Nazca, Peru, there is a wax figure of Maria at her typewriter. 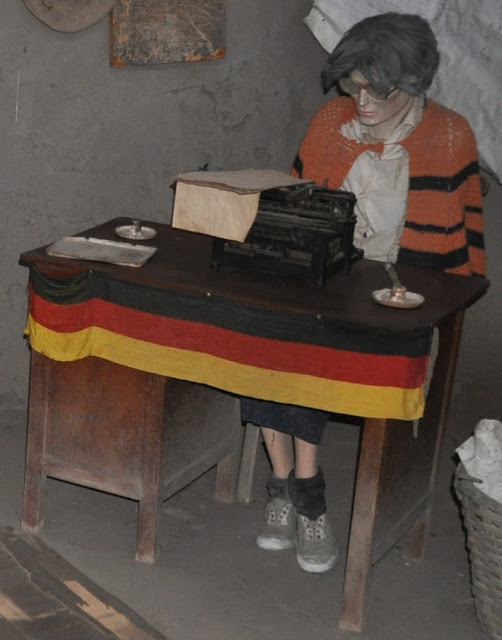 Maria was born into a middle-class family in Dresden on May 15, 1903, and studied mathematics, astronomy, geography and foreign languages at the Dresden Technical University. She spoke five languages. In 1932 she worked as governess for the children of a German consul in Cusco, the ancient Inca capital in the south of Peru. It was then that she first began to explore the Andes and the high desert plains, which made a lasting impression on her. In 1934 she moved to Lima to teach German. 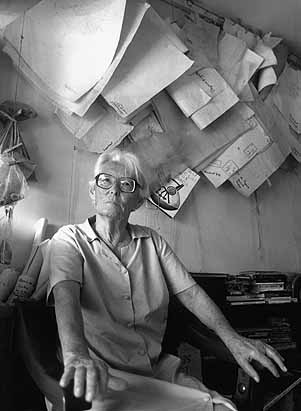 The mysterious lines in the plains of the desert around Nazca, some 250 miles (400km) south of Lima, were first discovered in the late 1920s by the Peruvian archaeologist Toribio Maj'ia Xesspe. Maria's interest in them began in 1940, after Maria met Clorinda Caller Iberico at the National University of San Marcos in Lima. She typed scientific translations from German and English for the Chair of Anthropology, dictated by Dr Julio C. Tello and Clorinda.
She became an assistant to the American Paul Kosok, an historian from Long Island University in Brooklyn, New York, and the two began to map and assess the lines for their relation to astronomical events. Maria developed the theory that the lines formed a large celestial calendar, one representing the constellations of the southern hemisphere. After Kosok left in 1948, she continued the work of mapping the area. She used her background as a mathematician to analyse how the Nazca may have created such huge figures. She found these to have a mathematical precision that was highly sophisticated. Maria published her theories in the book The Mystery on the Desert (1949), which in 1993 was followed by Contributions to Geometry and Astronomy in Ancient Peru, and the following year UNESCO declared the Nazca lines part of the patrimony of humanity. Maria described the site, which covers more than 225 square miles (365sq km), as "a huge blackboard where giant hands have drawn clear and precise geometric designs". She dismissed the theories of Eric von Daniken that they must have been some kind of sign to extra-terrestrials, saying it as an insult to the engineering capacities of the ancient inhabitants of Peru.
Maria died of ovarian cancer on June 8, 1998, in an Air Force Hospital in Lima.
Posted by Robert Messenger at 10:15

Very interesting lady. No Google doodle here in the States today. Only the plain Google page. Google must use different doodles at different times in different parts of the world.