'The Man Who Didn't Count': Torn to Pieces from a Gay Author's Typewriter 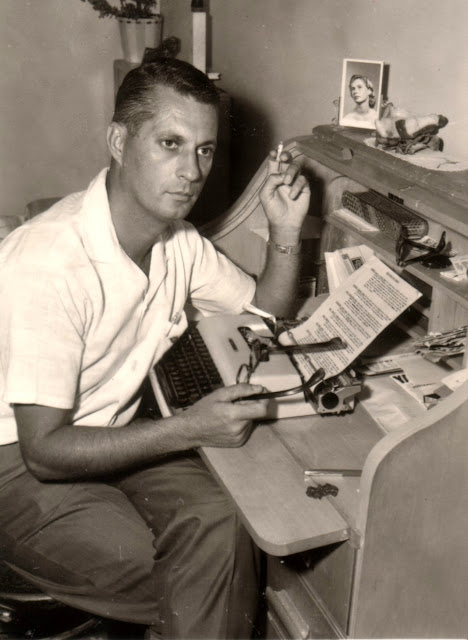 Gerald Glaskin at his Olivetti Lettera 22 portable typewriter
It isn’t all that often that an Australian writer’s novel is turned into a movie. But twice? That’s almost unheard of. What’s more, the author, Gerald Glaskin, is practically unknown in his own country, primarily because Glaskin was gay and in the oppressive days of 1965 dared to write (albeit under the pseudonym of Neville Jackson) what has been described as Australia’s first and most important gay novel, No End to the Way. The topic was verboten at that time. Yet no more so than creating a hero who’s an Aboriginal, as Glaskin did in A Waltz Through the Hill. This was the only one of Gaskin’s books to be made into a film, although six others were optioned. 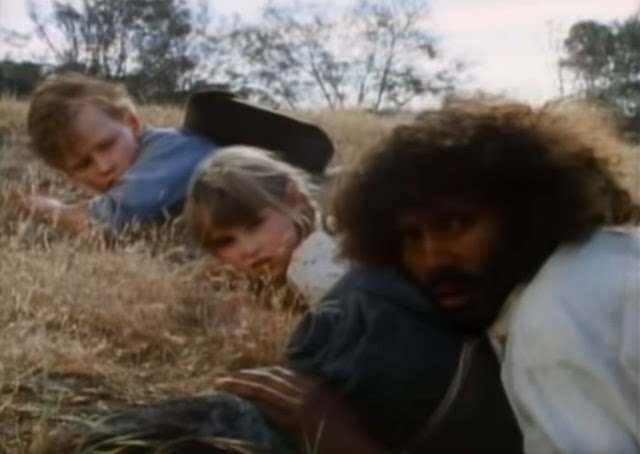 A scene from the film of A Waltz Through the Hills
Of Glaskin’s 20 published books, 12 were fiction, seven nonfiction, and one a mix of the two. His novels, novellas, plays and short stories explored many other taboo subjects, such as incest, paedophilia and youth suicide. As one reviewer said, “It was as though he was trying to confront middle-class Australians of his day with issues most would rather not have to deal with. Through his writing, he reached out to marginalised groups in Australian society - Aboriginals, Asians, gays and young people.” 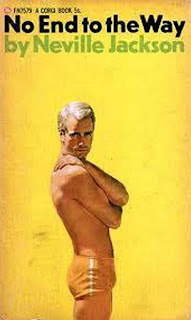 The claim about No End to the Way prodding the boundaries in Australian literature came from Tasmanian-based author Robert Dessaix, who, in terms of Glaskin’s fame in his homeland, pointed out, “It is as if [he] lived out his tumultuous and prolific life as a writer on the far side of the moon.” Even from that distance, however, Glaskin had the vision to regard Australia’s only winner of the Nobel Prize for Literature, Patrick White, as “an old lady sitting with her knitting” and to rage against “the cult of the moron” in his native land. Fittingly, in the J.S. Battye Library of West Australian History Collection is a torn-to-pieces typescript of a Glaskin tale called “The Man Who Didn’t Count”. Some Australian readers actually thought he was a Dutch author. 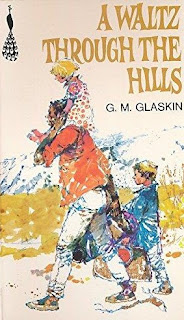 Glaskin wrote A Waltz Through the Hills four years before No End to the Way, and it was indeed a very different kind of story. Both the movie of the same name, as well as a 2001 version of Glaskin’s book, called Southern Cross, are classified as children’s telemovies.
The movie of A Waltz Through the Hills was made in 1988 and starred the Aboriginal actors Ernie Dingo and Mawuyul Yanthalawuy. Not all that many months ago I chanced to catch the film, screened on television late one night, and was deeply impressed – by the story as much by the acting of Dingo and other cast members, and by the filming. I was thus greatly surprised that I’d never previously heard of this Australian movie, the more so because it was based and filmed in a part of Western Australia with which I was very familiar. Upon looking up details online, I was even further taken aback to find it was based on a story by a West Australian author I’d never come across before. 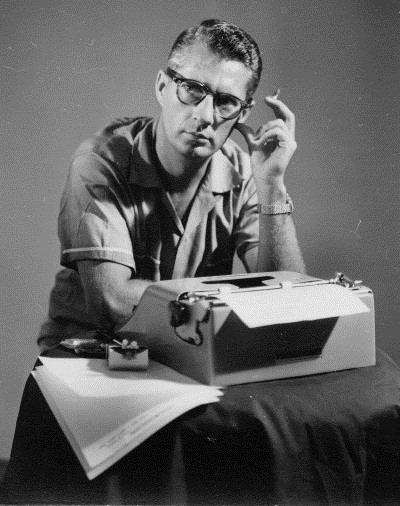 Gilbert Glaskin at an Olivetti Studio 44 typewriter
As it turns out, Glaskin’s book was richly praised on publication before Christmas 1961. A Canberra Times reviewer said, “This work is too mature and sophisticated a novel to be classed as a ‘book for children’, although it should provide a tremendous literary experience for some of the more perceptive older boys and girls.” The book was “exhilarating” and had “great breadth and depth”. “Mr Glaskin displays a rare insight into the simple logic, immature frailty and imaginative power that together form a child’s character. He has drawn the two children with truth and respect, and without any trace of sentimentality … This magnificent story is essentially Australian, yet it also possesses the universal appeal which usually ensures that a book will live.” Sadly, it did not. 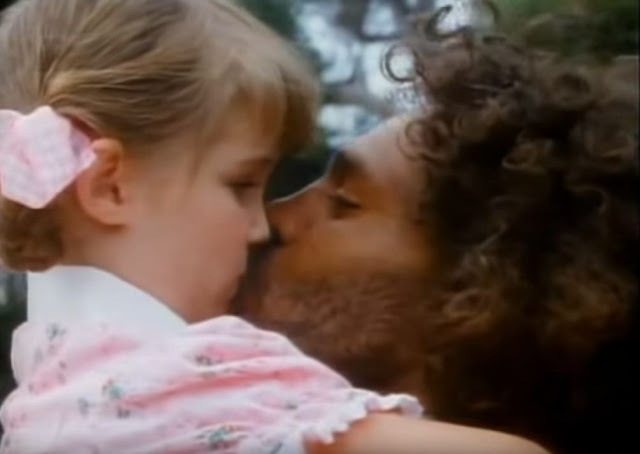 A Waltz Through the Hills is the story of two orphaned children, Andy Dean and his sister Sammy, who run away from their kind-hearted carers in the outback to go to Fremantle so they can sail to England to live with their grandparents. It was produced for the PBS series WonderWorks in the United States. It is set in 1954 in Wyanilling, which in reality is known as Wyanilling Soak and is a native well hundreds of miles inland from Fremantle. With police in pursuit, the children walk south towards Quindanning and are guided by a wily Aboriginal tracker played by Dingo, who sets them on the right track to the Dwellingup and Pinjarra areas. As the children prepare to depart for England, the Dingo character tells them to “Go and be with your own people”, to which the girl responds by kissing the Aboriginal.

Even in 1988, that scene may have had an impact similar to the way Sydney audiences gasped when Australian actor Peter Finch kissed Murray Head in John Schlesinger’s Sunday Bloody Sunday 17 years earlier - perhaps the first Hollywood film to feature homosexuality without wallowing in guilt, remorse or fear, a breakthrough in gay cinema. 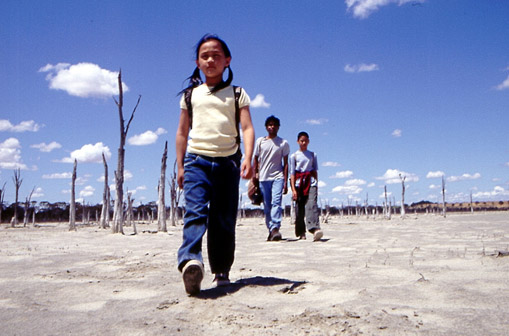 A scene from Southern Cross
Southern Cross changes the plot of A Waltz Through the Hills from white orphans to more topical refugee children - illegal immigrants called Liang and Bo who escape from an outback detention camp. It was nominated for the Australian Film Industry’s Best Children’s Drama award.
No End to the Way was published in 1965 in Britain and banned in Australia for more than a year for its frank portrayal of a homosexual relationship (any story that failed to punish its characters for committing this illegal act was deemed to be glorifying and promoting it, hence breaking the law.) And No End to the Way did not have the “obligatory” tragic ending. Instead it drew attention to the injustices suffered by gay men, whose lives were governed by fear and who were forced to live in secret. Most of all, it affirmed the experience and integrity of many gay men. Eventually the ban was lifted and 50,000 paperback copies were sold in Australia. 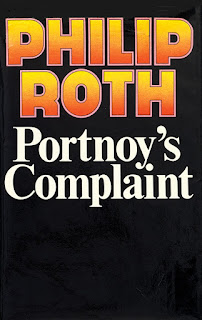 Two more of Glaskin’s books were temporarily banned here, O Love, O Loneliness (1964) and The Beach of Passionate Love (1961) – the latter is actually a travel book and Passionate Love is a beach in Malaysia. But censors didn’t like the title. These weren’t to be Glaskin’s last encounters with censorship. In 1969 he shipped a copy of Philip Roth’s Portnoy’s Complaint into Australia from New Zealand, but the novel was seized by officials. Glaskin protested and said he would renounce his Australian citizenship. He was eventually allowed to have the book, but had to “keep it in his custody at all times” and for just one month! Two years later he was one of a group of West Australian literary figures who testified and succeeded in having the ban on Portnoy’s Complaint lifted. 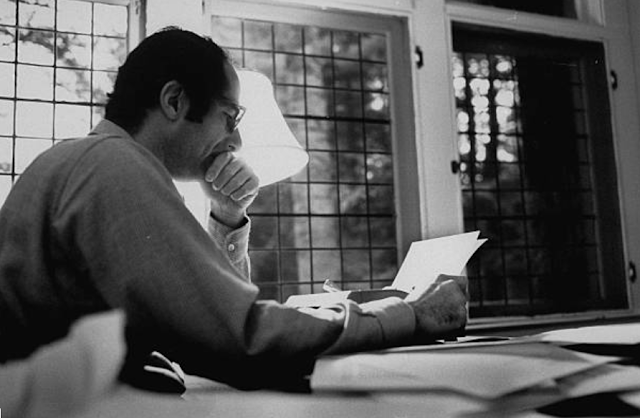 Philip Roth at his Olivetti Lettera portable typewriter
In the mid-1970s Glaskin wrote three books on the “Christos Experience”, which the Encyclopedia of Occultism and Parapsychology described in 2001 as “A technique for inducing altered states of consciousness … The Greek word Christos (anointed one) was thought by Glaskin to mean ‘inner self’. The technique involves massaging the subject's feet and forehead before a series of visualisation exercises, culminating in the experience of travelling by mind (imagination) to other places, identities, and time periods. When successful the technique produces a vivid and stimulating experience that often includes re-experiencing events believed to have happened in former lives.” Glaskin described the experiments in Windows of the Mind; Discovering Your Past and Future Lives Through Massage and Mental Exercise (1974), Worlds Within: Probing the Christos Experience (1976) and A Door to Eternity: Proving the Christos Experience (1979).
Taken overall, Glaskill’s writing covered a vast array of genres and interests, extending from his novels to plays and screenplays, books on travel and exploration, autobiography and memoirs, science fiction and fantasy, and children's fiction to songs, lyrics and libretti. One of his books, Flight to Landfall (1963) sold 850,000 copies, but only a small percentage of those sales were in Australia. 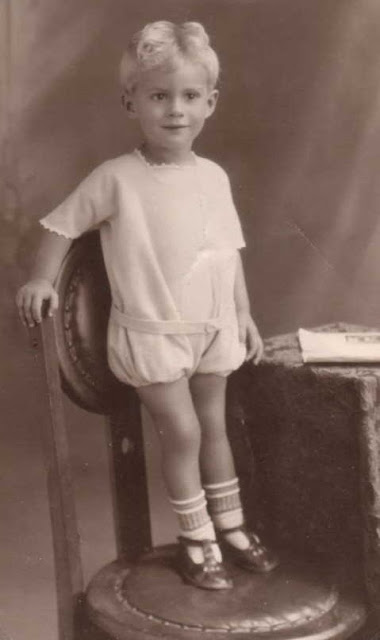 The young Gerald Glaskin
Gerald Marcus Glaskin lived to see the first version of A Waltz Through the Hills made, but died a year before Southern Cross came out. He was born in West Perth, Western Australia, on December 16, 1923. Growing up in Buckland Hill, north of Fremantle, Glaskin won prizes in the junior section of flower shows (vases of Clarkia were his speciality) and joined the Mosman Park boy scouts. From the age of nine he was also an inveterate writer to the children’s section of Perth newspapers, contributing stories and poetry and boasting of having a “fantastically vivid imagination”. He won a scholarship to Perth Modern School and started having his stories published across Australia and overseas at age 18. He joined the Royal Australian Navy Reserve in 1941 but after 15 months was discharged after suffering serious injuries to his right arm in an accident while serving as a rating on the armed merchant cruiser Kanimbla. He then joined the Royal Australian Air Force in 1944 and trained as a navigator under the Empire Air Scheme in Winnipeg, Canada, attaining the rank of flying officer. Typical of the malapert young Glaskin, on leave while in North America, he went to Hollywood and managed to meet actress, director and producer Ida Lupino and Phantom of the Opera star Susanna Foster. 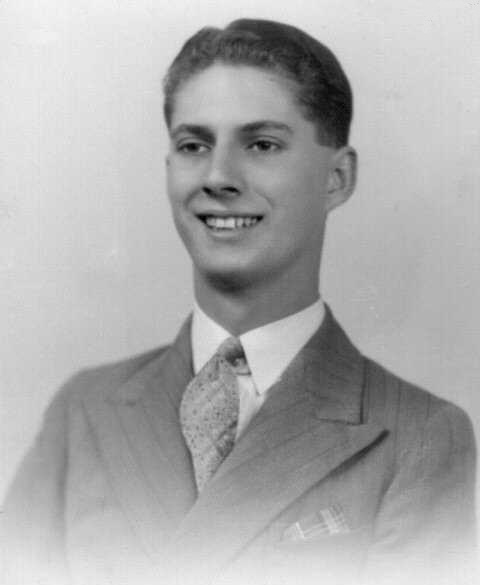 Glaskin after the war
Back in Western Australia, in mid-1946 Glaskin became editor of the rural Harvey Murray Times. But he missed city life and moved to Peppermint Grove, closer to his beloved Cottesloe Beach, north of Fremantle, then (inappropriately) Graylands and finally Warnham Road, a short walk from Cottesloe Beach. He continued to have short stories published by Perth newspapers, but his writing didn’t pay much. In 1949 he settled in Singapore and worked there as a stockbroker, becoming a partner in Lyall & Evatt from 1951-58 while still contributing articles to Australian publications (and recuperating in Australia from spinal meningitis and tropical infective hepatitis in late 1954). In March 1953 he had travelled to London and found a book publisher – James Barrie, great-nephew and godson of Peter Pan creator J.M. Barrie. Glaskin’s first novel, A World of Our Own, written in five months at his grandmother’s cottage at Safety Bay before the author went to Singapore, came out six years later, in 1955. It is widely claimed that he won Australia’s Commonwealth Prize for Literature that year; the truth is that Glaskin applied to the Commonwealth Literary Fund for a Literary Fellowship that year but was rejected. He applied again and in 1957 was awarded a fellowship for £1000 for work on a second novel. But Glaskin had to relinquish the grant because he was unable to comply with its condition that he return to Australia. 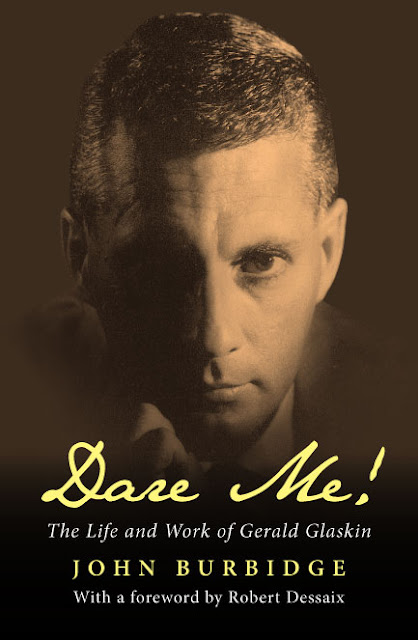 Glaskin did return to Australia, in late 1958, but in 1961 was charged with having “wilfully and obscenely exposed his person” on Swanbourne’s nude beach. He moved overseas again, this time to Amsterdam, where he met Leo van de Pas. The couple settled in Perth in 1968 and remained partners until Glaskin’s death in Mosman Park on March 11, 2000. (Van de Pas moved to Canberra in 2002 and died here in  2016). 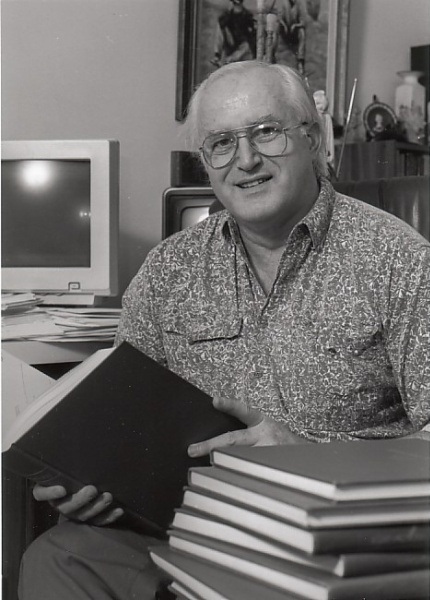