Not So Many Happy Returns: The Future Prime Minister's Typewritten Letter to a 'Noble' Son 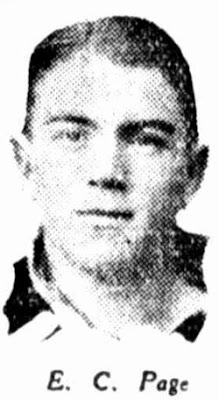 On Boxing Day 1931, future Australian Prime Minister and knight Earle Christmas Grafton Page (1880-1961) sat at his typewriter in the Federal parliamentarians’ room of the GPO in Brisbane and typed his eldest son, Earle Charles Page, a letter. The senior Page wished the young man “many happy returns” on his 21st birthday, and congratulated Earle Jr “on attaining your majority”.
Sadly, Earle Jr was not to enjoy “many happy returns”, but just the one. 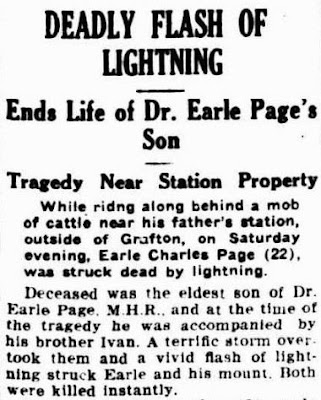 A year and three weeks after Page had typed his Boxing Day letter, Earle Jr, still aged just 22, was dead. On January 14, 1933, he was killed by a lighting bolt while on horseback, driving 112 head of cattle with his younger brother Iven (correct spelling) from Nettle Creek on the Baryulgil Road, 11 miles outside Copmanhurst in the Clarence Valley of the Northern Rivers region of New South Wales, between Grafton and the Page property Heifer Station (now a vineyard).
Still, young Earle had packed a lot into his short life. He had graduated from Sydney University as a Bachelor in Veterinary Science in 1932, and that same year, as a lightweight wing forward, had won his rugby Blue and played in two “Test” matches against New Zealand Universities, as well as being a reserve for the NSW State team. 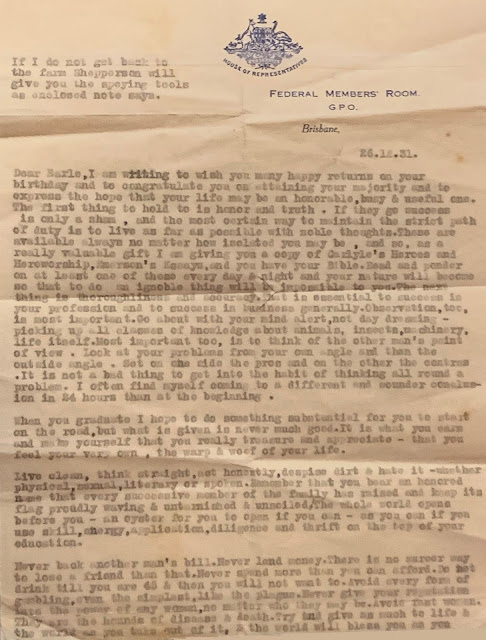 Page senior's Boxing Day letter was full of moralistic fatherly advice – “Avoid fast women” was one recurring theme. “Fast women,” warned the politician, “are the hounds of disease & death”. “Live as far as far as possible with noble thoughts … Live clean, think straight, act honestly, despise dirt & hate it whether physical, sexual, literary or spoken. Remember that you bear an honoured name …” “Do not drink till you are 45 & then you will not want to. Avoid every form of gambling, even the simplest, like the plague.” 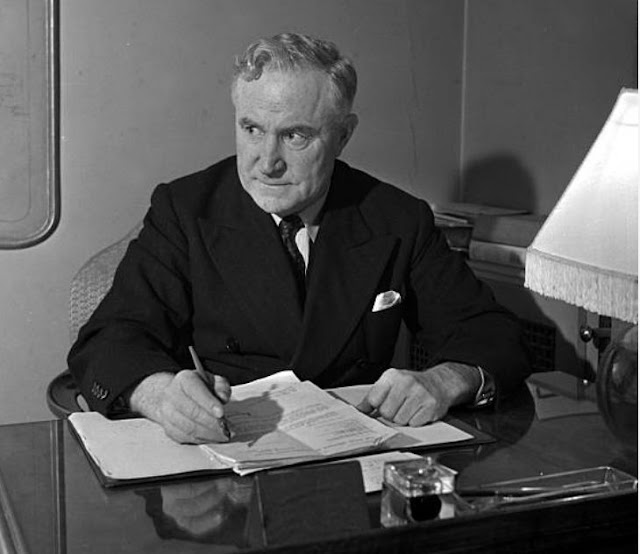 Earle Page Snr at his desk in Canberra.
The senior Earle Page and his wife were so traumatised by their son's death that Page immediately retired from politics. However, he later returned to Canberra and as Sir Earle Page became this nation’s caretaker Prime Minister upon the death of Joe Lyons in 1939. He held the office for three weeks until Bob Menzies began his first term as PM. In the House, Page was to accuse Menzies of ministerial incompetence and cowardice for failing to enlist during World War I. Whatever one may think of his overly righteous instructions to his son, in this case Page was obviously a very good judge of character.
Page’s letter to Earle Jr is on display in the Museum of Australian Democracy (Old Parliament House) in Canberra, beside the “Yours Faithfully” exhibition.

Page Snr was the grandfather of noted Australian poet Geoff Page (below). 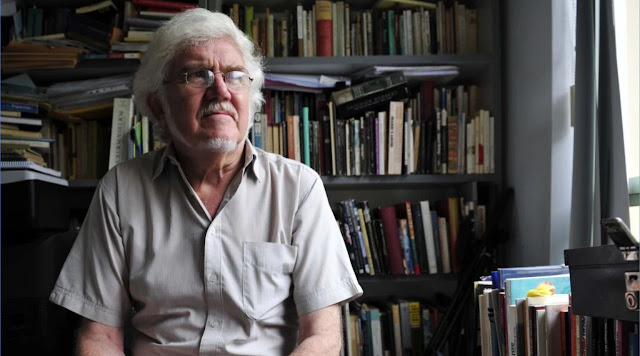 Posted by Robert Messenger at 16:30

The letter contains some great advice for us all. It is especially fitting for the politicians in Washington, D.C. (If they'd follow good advice).

Sad the son died so young.