On June 23, 1923, the Illustrated London News ran a double-page picture spread to mark the 50th Jubilee of the typewriter. The photos were of machines in the Science Museum in London and the National Museum in Washington DC, and those borrowed from the English Typewriter Company and actor Sir Henry Irving (a Hammond). The spread included images of a few typewriters with which we aren't all that familiar, including the English, the Gardner, the Burt, a Pratt prototype which apparently preceded the Pterotype, and the Wheatstone, which gave the Sholes & Glidden its carriage arrangement. 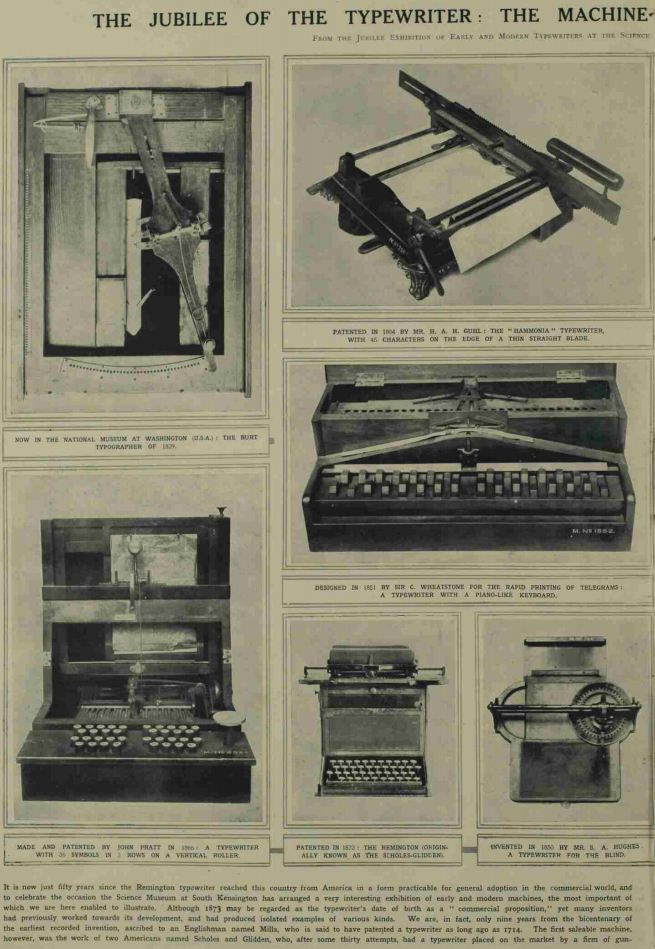 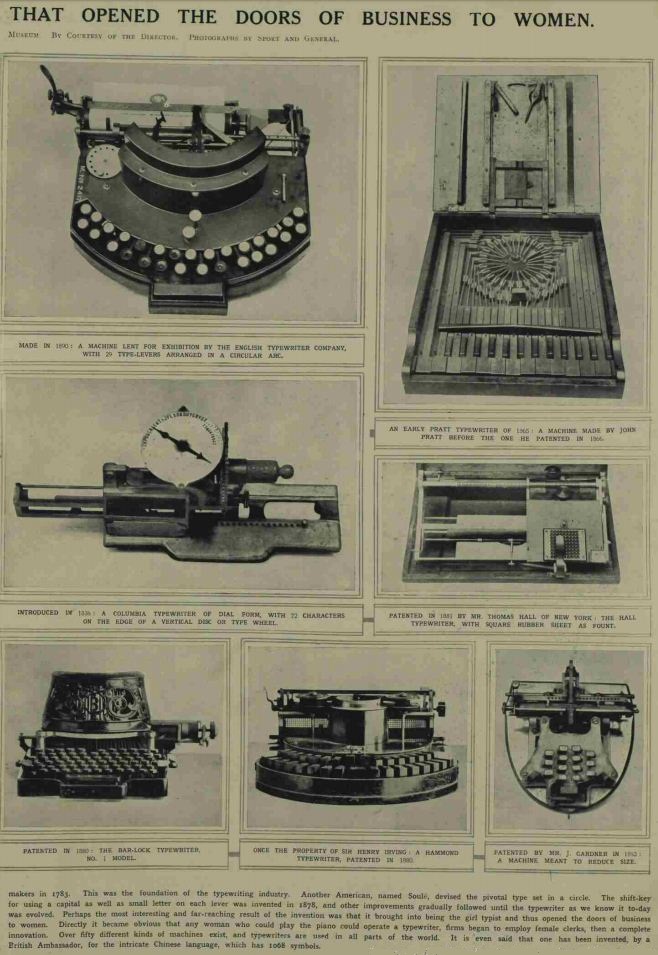 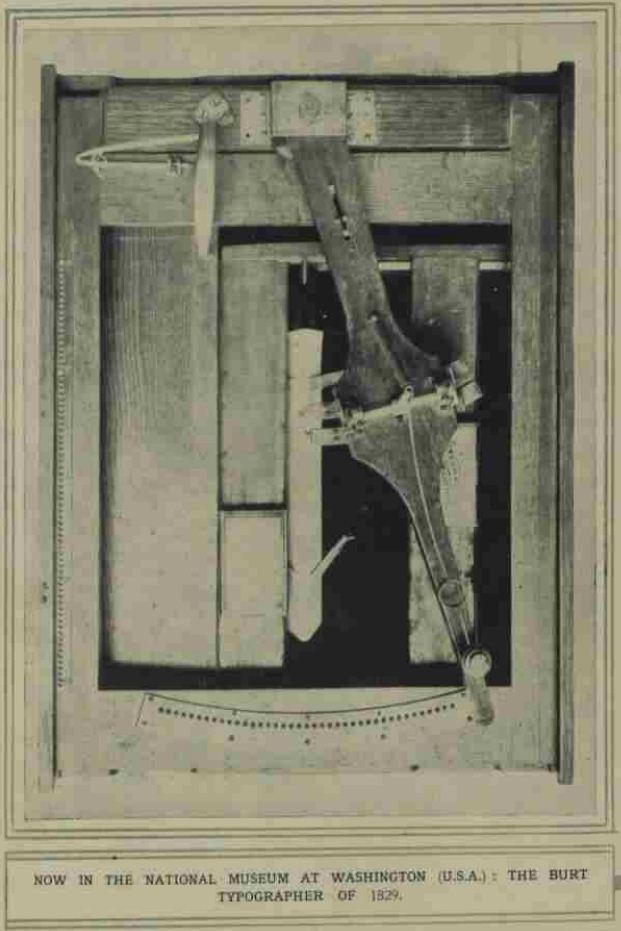 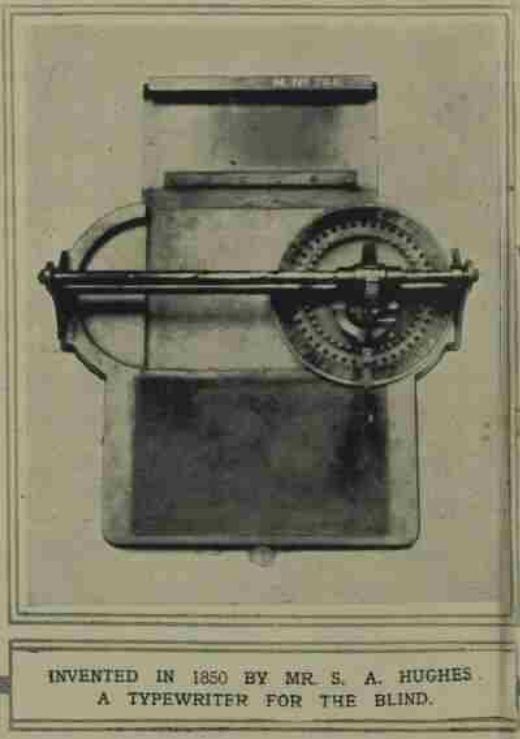 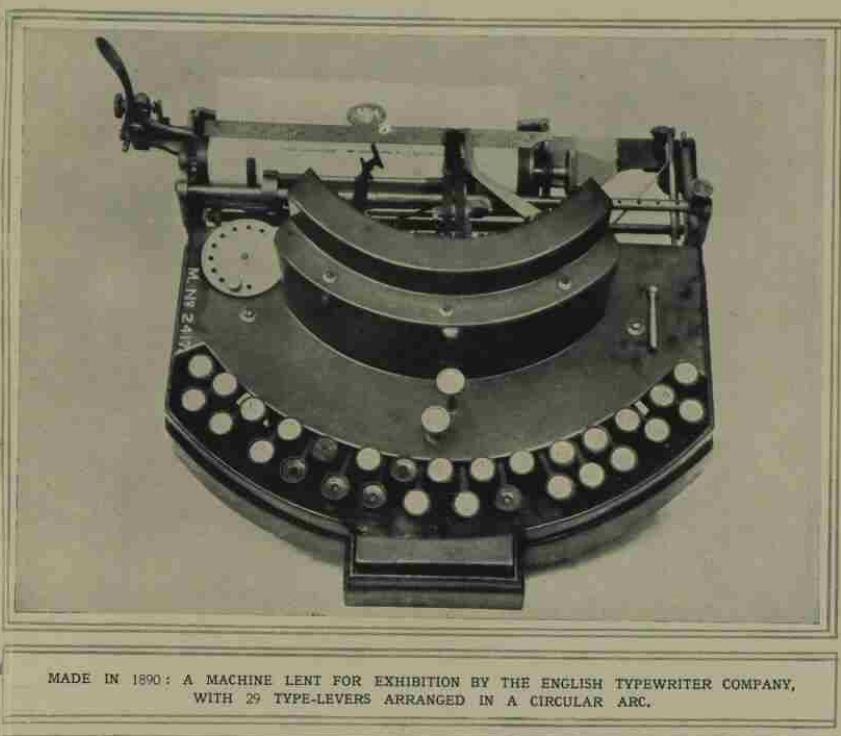 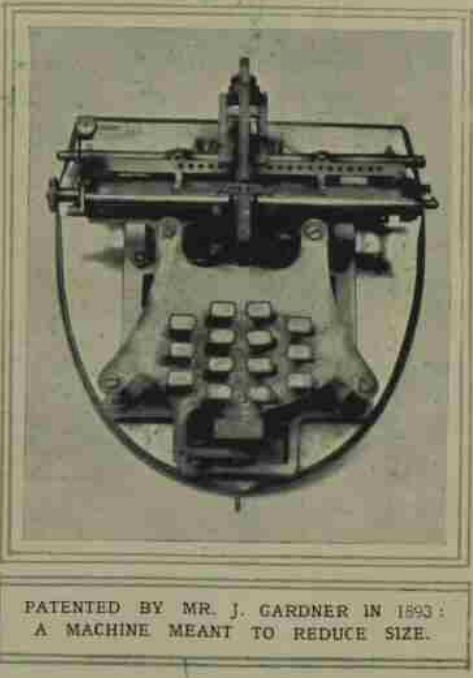 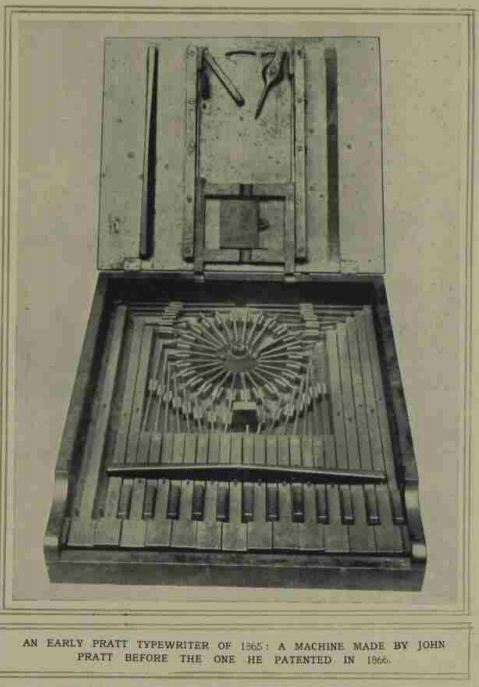 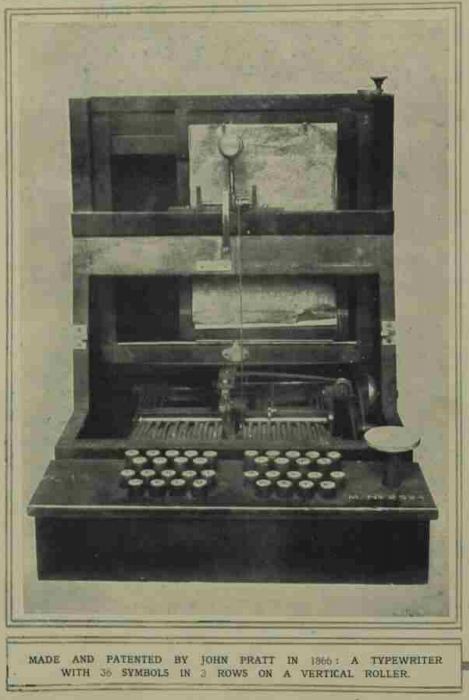 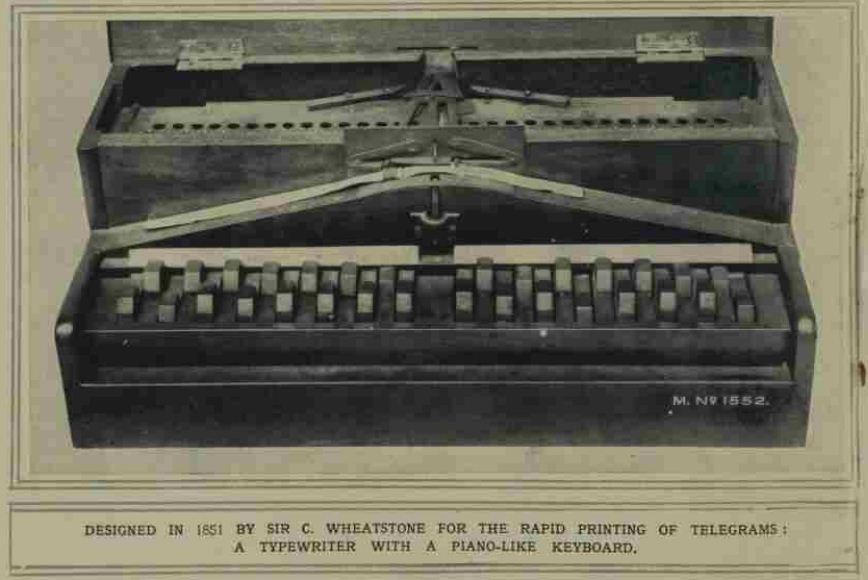 I don't think I've ever seen an English for sale, in over 25 years of typewriter collecting, even though the machine was advertised commercially in 1890—so it apparently made it past the prototype stage. It must have been an utter failure, and I don't know why; the principle seems much the same as the Franklin, which was quite successful.

Thanks Bill and Richard. There are some pretty clear photos of English machines on the antikey chop site. What's curious is that there was still an English Typewriter Company in existence in 1923, unless it was loaned for an earlier exhibition and never returned? Greg Fudacz dates it 1890-1907, but like you Richard I've never seen one for sale nor in a museum or collection anywhere. Am I wrong in thinking the earlier Pratt has type bars? As I recall the Pterotype had a typewheel that Hammond and Crandall went to court over.