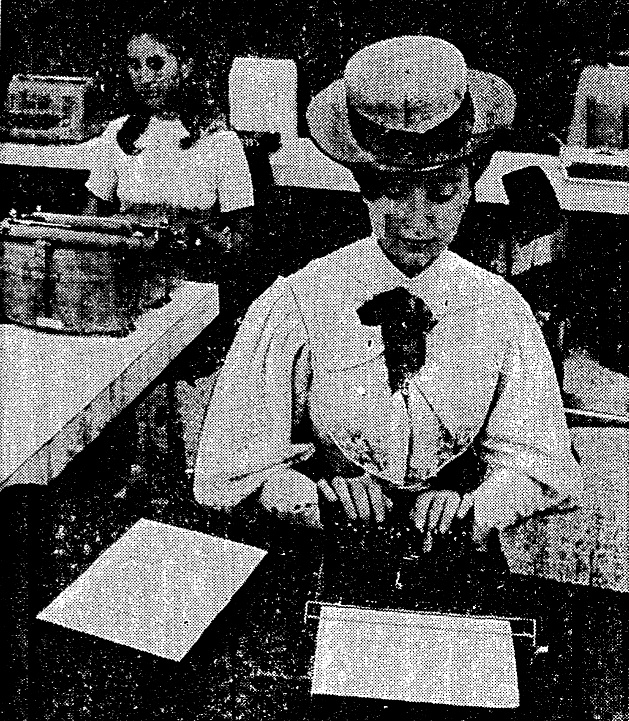 This image appeared in the London Times on October 4, 1966, beside a page lead "Business World" article reporting Litton Industries' "cut price" bid for the Imperial Typewriter Company (see article below). The photo was taken on October 3, the first day of the British Business Efficiency Exhibition at Olympia in West Kensington, London. It shows a young woman in period dress using a 1905 Moya Visible, while other typists are using the Imperial 66.
With spooky timing - on the 112th birthday of the Imperial Typewriter Company - I received a comment this morning from an Irish reader called Stephen, who was the buyer of the Imperial SE 5000 CD electric typewriter offered for sale in Dunshaughlin, County Meath, at 100 euros in 2012. The return key function didn't work and the bulky Imperial remains abandoned in Stephen's attic, eight years on. Stephen's comment was in response to my March 31, 2019, blog post titled "This is the end, my friend, of Imperial typewriters". I say contact with Stephen seems "spooky" because the post did, after all, evoke the exploits of Fox Mulder in the X-Files. The SE 5000 CD was the last typewriter ever marketed under the Imperial brand name, It was made by Triumphwerke Nuremberg at the time, almost exactly 41 years ago, when Litton Industries' sale of a controlling 55 per cent interest in its typewriter division to Volkswagen was approved by the West German Government, on June 12, 1979. 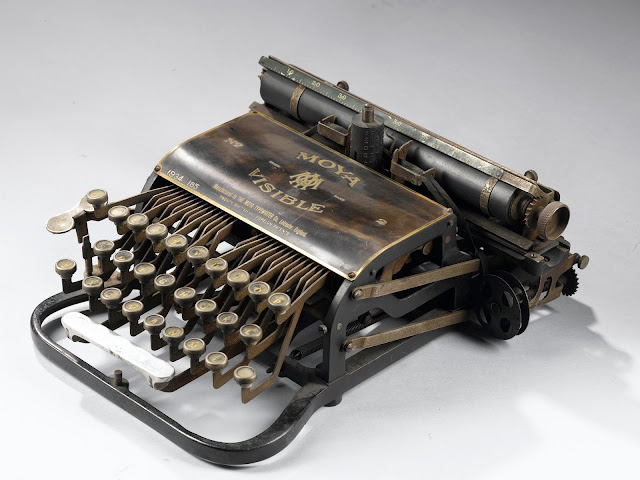 The 1905 Moya Visible No 2
The Imperial Typewriter Company was incorporated in Leicester in the East Midlands of England exactly 112 years ago today - that is, on June 22, 1908. It grew out of the Moya Typewriter Company, also of Leicester. The development of the Moya began when its designer, Hidalgo Moya, was still manager for the Hammond Typewriter Company in Kansas City, Missouri, in 1897. Moya left Kansas City in June 1899 and sailed from New York to Liverpool on the Umbria to take up a post as Remington’s representative in England. The first Moya model took shape in Leicester on November 18, 1902. Its progress from there is outlined in this article, written by Moya himself, and published on November 22, 1905, when the Moya Visible was launched: 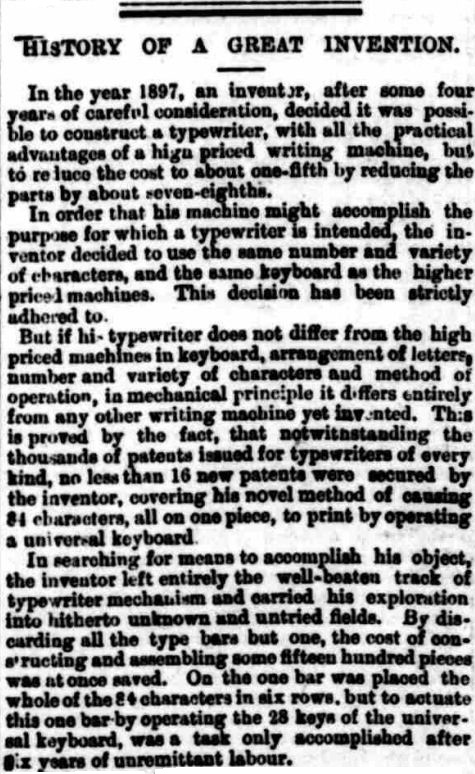 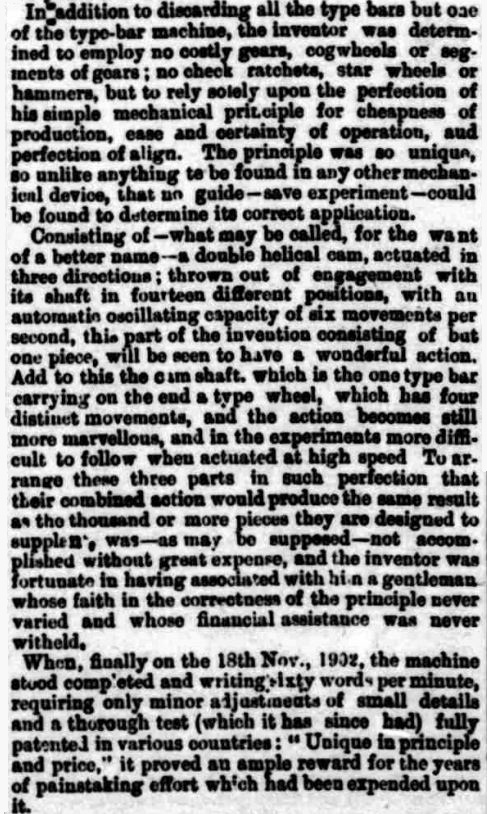 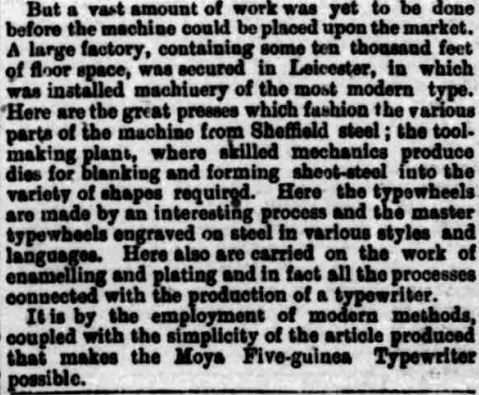 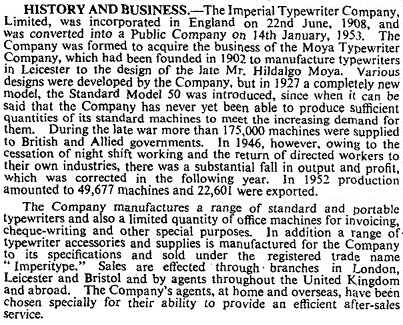 The beginning of the end for Imperial can probably be dated back to January 14, 1953, when it converted itself into a public company:

Imperial's slide downwards from there is outlined in The Times' article of October 4, 1966:

The Litton takeover was complete by November 7, 1966, when Imperial was absorbed into the Royal Typewriter Company: 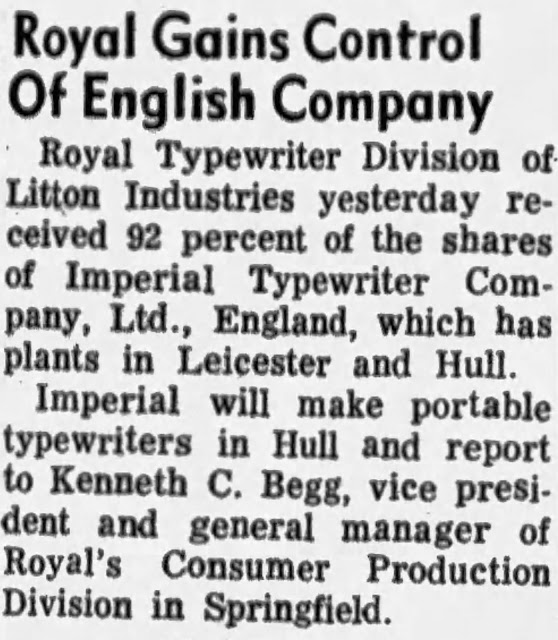 Posted by Robert Messenger at 10:15

Robert, an excellent article and good to see you posting so soon after your accident. These recent articles on the Imperial Typewriter Company, along with your articles over recent years convinces me that they could all be rolled into a book on this organisation.Always a good read and great research again.