One could easily sense in the comment from Richard Polt that a great wave of relief had swept across the world of typewriter historians and collectors when Jason Scott revealed last month that the Internet Archive had taken possession of the Tytell Collection. “You are doing a wonderful thing by taking care of this unique collection and sharing it with the world,” said Richard. “Thank you.” John Cooper also responded: “Thank you so much for preserving this priceless collection!” And so say all of us.
Jason’s blog post, “An Archive of a Different Type”, told all. For those who haven’t already seen it, it’s at http://blog.archive.org/2020/08/26/an-archive-of-a-different-type/) 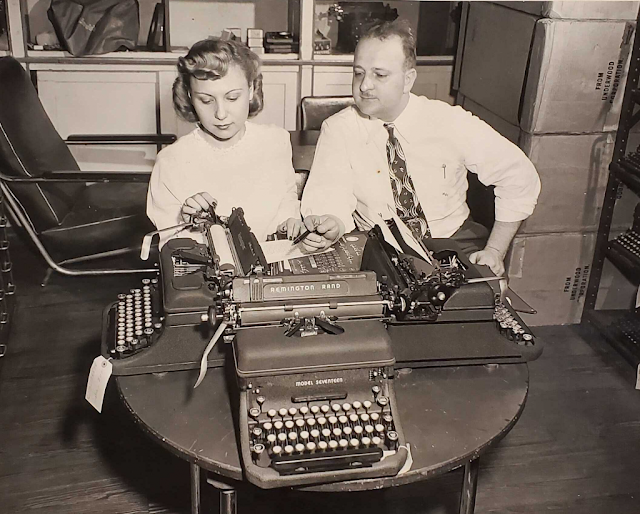 Pearl and Martin Tytell
Elaine Wooton, a protégée of Peter Tytell’s and herself a forensic document examiner (in Washington DC), had contacted Jason, asking if the Internet Archive “might want some of what is destined for deep storage or the trash compactor”. After looking at what Elaine was sorting through, Jason announced, “We will take all of it.” He described it as “standing at the final chapter of a family history that spanned many decades and represented both a disappearing world and a fascinating story”.

“While some of the items in the Tytell Collection might be outside the realm of what we would normally acquire, it seemed right to just accept the entire set, as together it tells a stronger story than having parts of it discarded or stored elsewhere. This was, after all, a multi-generational family business and the already-whittled results of years of maintenance and caretaking by Peter Tytell; there didn’t seem to be a reason to arbitrarily cut it down further.”

The collection has been moved into classifications, such as books, ephemera, typewriters and equipment. Jason lists some notable examples: “The subject matter of the hundreds of books in the collection range from criminal law (related to the investigative arm of the company) to graphology (study of handwriting) as well as overviews of law enforcement, detective work, and extensive guides of typewriter history.

“Hundreds of samples, both printed and hand-made, of typewriter output, separated by years, brands and models. This may be one of the most important pieces of the collection, and one that will be digitised as soon as possible; they represent hard knowledge and evidence of what typewriters were capable of or what brands had which abilities at what time. These cards were used by the Tytells in court cases …”
“Brochures, stand-ups and manuals related to typewriter and print. There are thousands of pages of documents in this collection related to the sale, operation and overview of typewriters.

“Typewriters of every description; standard commercial models now long out of production and sale, as well as custom or extremely-low production examples, such as machines that type in Arabic or Hebrew. They will not be stored away never to be seen again; they will, however it is worked out, play a part in telling the story of typewriters and the family that lovingly worked on them for so long.” 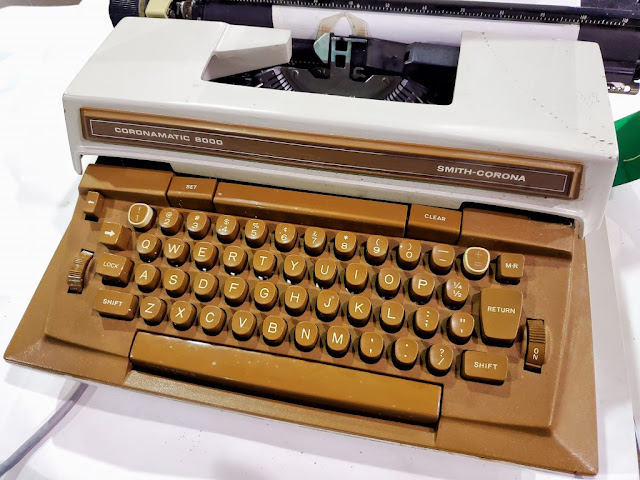 The Internet Archive already provides an enormously useful service to typewriter historians, and by taking care of the Tytell Collection it will help add a great deal to our collective knowledge. I add my thanks to those from Richard Polt and John Cooper.
Posted by Robert Messenger at 11:41

This is tremendous news!

I adore the Internet Archive, couldn't do my job without them. It's great that they have agreed to take the whole collection. I'm excited to see the digitized documents become publicly accessible.

Just good news for us all.

Fantastic!!! Really glad someone is preserving this fine collection; in its entirety!

This truly was a piece of very good news.

Indeed, an amazing save! :D