Lech Wałęsa'd Into Submission, Among Other Admissions

Ignacio Ezcurra's Lettera 32
So certain am I that there has only ever been one song written which included the name of former US Defence Secretary Robert McNamara in its title, I’m willing to bet a 1964 Olivetti Lettera 32 portable typewriter on it. The reason I'm tossing the Lettera 32 into the ring as the ante is because the song in question was written in 1964, at a time when the Lettera 32 was being widely recognised as the state-of-the-art writing machinery. It's also appropriate that while Robert McNamara was fanning the flames of war in Vietnam, the Lettera 32 was the work tool for journalists covering Vietnam, such as Argentinian Ignacio Ezcurra and his friend, the Italian Oriana Fallaci. And it wasn't meant for just war correspondents. One could take a Lettera 32 on to an artic waste or a mountain top or into a vast desert and use it to the content of one’s heart. The only ultimate impediment would be human, not mechanical – one might freeze or die of a lack of oxygen or a want of water, but the typewriter would just keep on going. 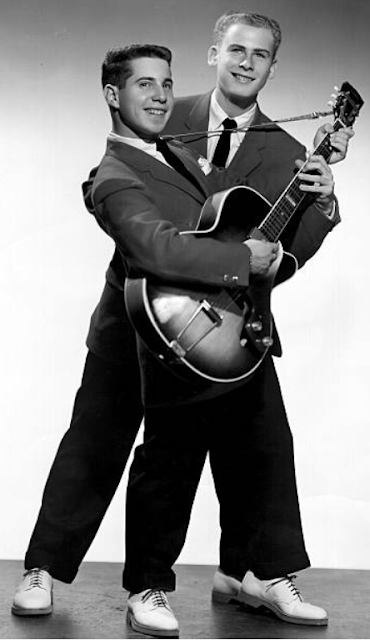 Whether Paul Simon ever typed his lyrics, or ever used a Lettera 32, I know not. In 1952, Simon called his friend Art Garfunkel "the human typewriter", so maybe he felt no need for the machine. Except for when, in 1983, Airton Moreira used a typewriter repeat spacer key for percussion on Think Too Much on Simon's album Hearts and Bones. But that's as far as I can go. I like to think, though, that Simon took a typewriter to some isolated, desolate place to write the 1964 song to which I'm referring. It sounds like the sort of song one might write while feeling cold, deserted, perhaps high on something and not just a little separated from the rest of humanity. 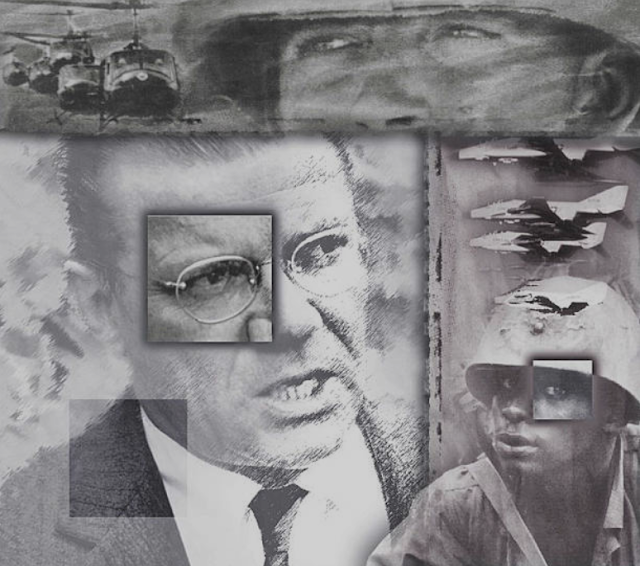 It is, of course, A Simple Desultory Philippic (Or How I Was Robert McNamara'd Into Submission). A desultory philippic, in case anyone out there is wondering, is a random tirade. The original version was performed and recorded in by Simon with one microphone and an acoustic guitar on his wonderful 1965 solo album The Paul Simon Song Book. At first Simon subtitled it "Or How I Was Lyndon Johnsoned Into Submission)". When, in 1966, Simon re-recorded the song with Garfunkel for Parsley, Sage, Rosemary and Thyme, it underwent several Americanised lyric changes. It had become more patently a mocking parody of Bob Dylan's work, especially 1965’s Subterranean Homesick Blues. (Dylan, by the by, wrote his lyrics on a Royal Caravan portable typewriter.) 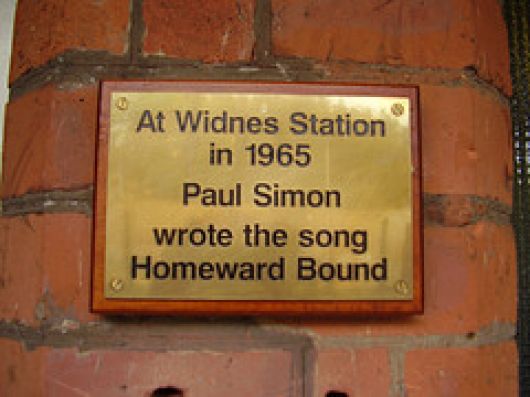 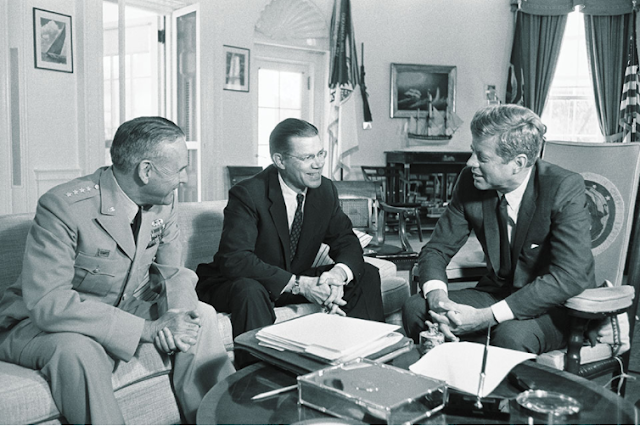 Maxwell Taylor, Robert McNamara and John F. Kennedy discuss levelling Vietnam.
Simon had spent some time on England’s “rain-drenched streets” after splitting with Garfunkel the first time, and had initially used A Simple Desultory Philippic  to poke fun of things English. He was said to have written the beautifully haunting Kathy’s Song on the end of Wigan Pier, although as George Orwell pointed out in The Road to Wigan Pier in 1936, the pier was already demolished by then, and no trace of it remained. Homeward Bound was apparently written on the platform at Widnes railway station, of all uninspiring places to find oneself. A Simple Desultory Philippic may well, indeed, have started out as the lament of an American of the mid-60s living apart from the headline-makers of the day. Those who got a mentioned included the writers Ayn Rand (Royal 10, coincidentally), Norman Mailer (Underwood 5), John O’Hara (ditto) and Dylan Thomas (Imperial Good Companion), comedian Lenny Bruce (Royal Futura), army officers Maxwell Taylor and Barry Sadler (remember Ballad of The Green Berets?), record producers Lou Adler and the late and little lamented Phil Spector (yes, he was crazy then, too), The Beatles and the Rolling Stones (and Mick Jagger in particular), and, naturally, Andy Warhol. Those who took a cut from the original version included Lyndon Johnson, Rolls Royce and the Union Jack, Jack Keoouac (Underwood Universal portable), spy and martyr John Birch, Walt Disney, John Lennon, Indian politician Krishna Menon, actor Walter Brennan, Muhammad Ali (as Cassius Clay) and James Joyce (a Simon favourite). 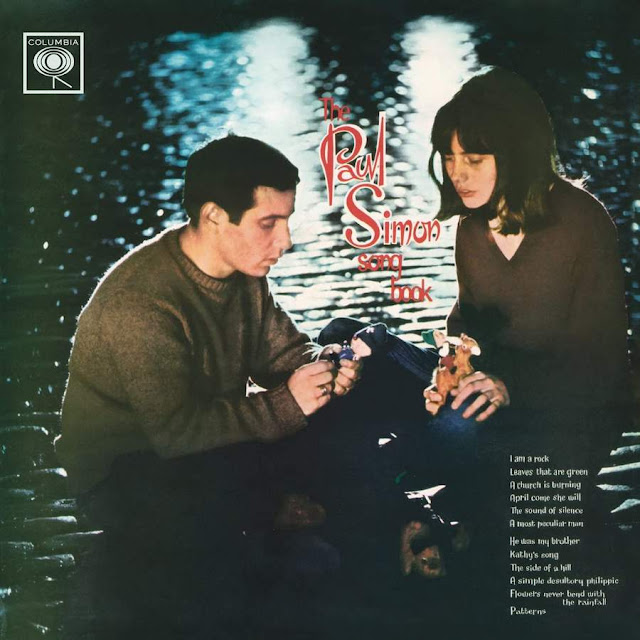 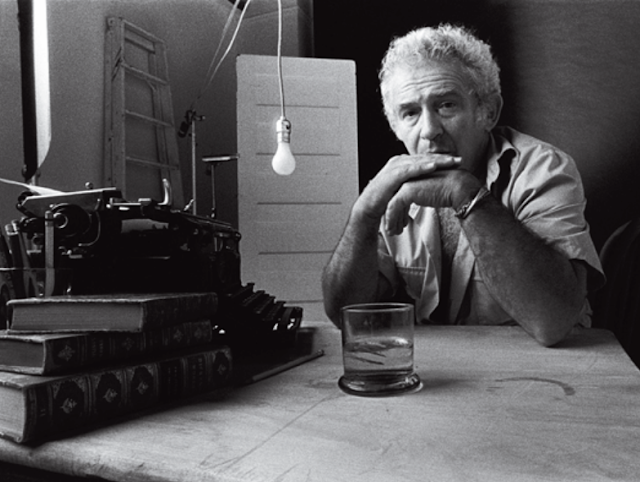 At the end of the 1966 recording, Simon says, “Folk rock”" and, "I've lost my harmonica, Albert" - referring to Dylan's manager Albert Grossman. The version recorded in 1965, however, has Simon singing, "When in , do as I do: find yourself a friendly haiku ... Go to sleep for 10 or 15 years." The haiku refers, for reasons unknown to us, to Simon’s then squeeze, Kathy Chitty (of Kathy’s Song), who appears in an idyllic scene on the cover of The Paul Simon Song Book. All of which may seem a rather extended preamble to my point. The thing is, I’ve been thinking of the Robert McNamara song for a few weeks now, not because of the names but the lines. Such as, “(I’ve been nearly) branded Communist, 'cause I'm left-handed. That's the hand I use, well, never mind!” and “So I smoke a pint of tea a day” and “He's so unhip that when you say Dylan, he thinks you're talking about Dylan Thomas, whoever he was. The man ain't got no culture, but it's alright, ma, everybody must get stoned.” (Though I prefer the original lyrics, like, “I was Union Jacked, Kerouac'd, John Birched, stopped and searched, Rolling Stoned and Beatled till I'm blind.”) 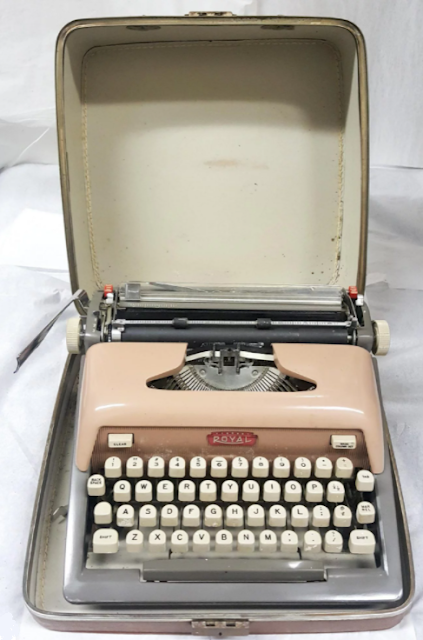 Either way, in there somewhere, right about learning the truth from Lenny Bruce, I’m reminded what a joke it was that in my journalism career I was lied to so often by so many people - politicians, performing artists, ponces, sportspeople - that I sometimes lie awake at night wondering whether the liars ever got to lie straight in bed. I've been lied to by experts. At the time they lied, the liars stood up and lied to me, straight-faced, without a hint of shame. Not just me, of course - I shouldn’t take it so personally. But the really, really stupid thing is, we all knew they were lying to us when they did the lying. I haven't just been Robert McNamara'd into submission, I've been Gerry Adamsed, Lech Wałęsa'd and Geoffrey Rushed, Bob Hawked, Gene Pitneyed and Ben Johnsoned. And that's a few. There’s another line in Simon’s simple song, “I knew a man his brain so small, he couldn't think of nothin' at all.” I feel a bit like that man these days. The gullible guy who wrote tens of thousands of words to readers trying to convince them that I’d been told was true. I should be made to go and smoke a pint of tea.

Posted by Robert Messenger at 11:07

Good to see Blogger is back from being blocked by Google last night.
One of my sayings is all politicians are liars and the biggest one just got voted out.
I like the backstories of some of the songs and the people.
On the Lettera 32 I always wondered why such a fine typewriter was housed in such a cheap zipper case. Olympia did it with the SM9 also, but the buyer had to purchase the cheap zipper case as an option according to the advertisements I've seen.

Hi Bill. I'm glad you raised that point about Blogger, as I was wondering what was going on when I tried to post this yesterday, only to find this was being declared a "dangerous site". I noticed you had also commented with a warning about this on Richard's blog. I still don't know what it's all about, but I made a few setting adjustments and that seemed to fix it? Thanks, Robert M

Very cool mix of anger and disgust and sadness and disappointment and generosity shown there my man. Nicely done, nicely done.

...kept hearing Don Henley; "...We got the bubble-headed bleached-blonde, comes on at five
She can tell you 'bout the plane crash with a gleam in her eye..." [Dirty Laundry 1982]

Your comment about the Olivetti Lettera 32 resonated with me. I used that typewriter all over the world as I covered war and mayhem. It never failed me--except when the ribbon faded and that was my fault. So I always carried two or three extra ribbons with me when I was on the road. I still my Lettera 32 and not long ago I blogged about it and its place in the pantheon of foreign correspondent technologies. Here's a link to the post. Cheers! Ron Yates