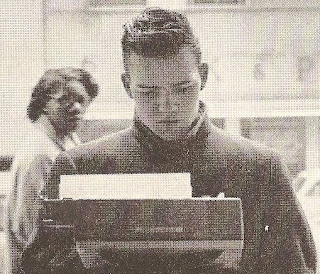 It's just a week more than 56 years since Life magazine came out with its three-page spread of a typewriting version of Candid Camera.
In May 1954, Olivetti set up a Lettera 22 portable typewriter, bolted to a stand on the sidewalk outside its new New York City showroom on Fifth Avenue, near 47th Street. Within 10 months, 50,000 people had stopped to use the machine. Life photographer Michael Rougier set up a screen through which he could snap the people who stopped to try out the Olivetti. Let's start with a Messenger who, like me, couldn't type: 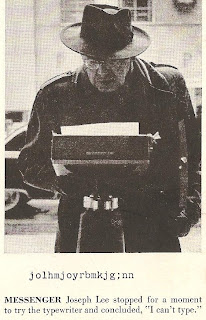 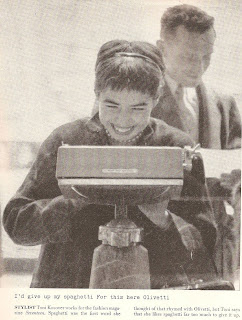 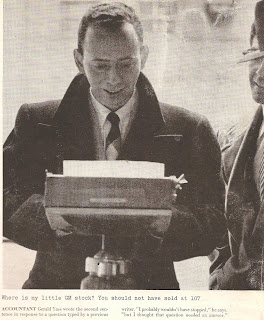 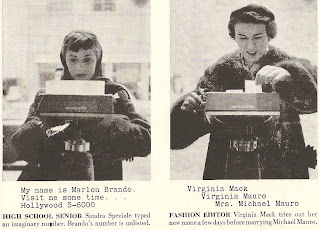 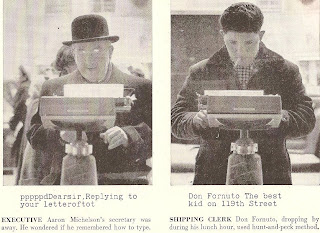 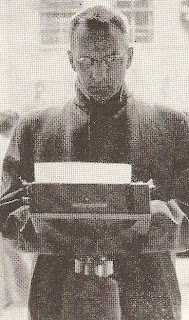 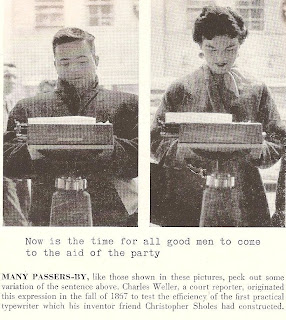 These two photographs appear in the Olivetti company 1908-1958 history book (in the top one, you can make out people typing outside the building). Both are taken from inside the showroom, which Olivetti claimed had "become a landmark on Fifth Avenue ... [it] was designed by Belgiojoso, Peressutti and Rogers." 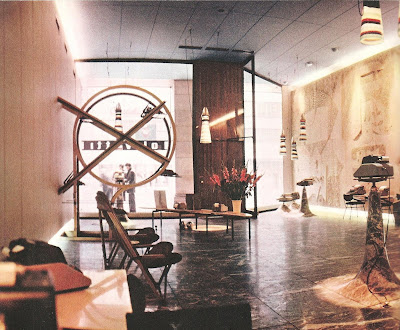 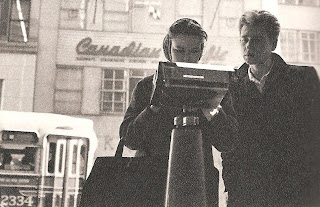 Posted by Robert Messenger at 14:22

What an excellent concept. We need to do this again!

It's funny that, still today, people resort to the tired "All good men" phrase ... but it's kind of charming, too.

Every Olivetti showroom I've seen pictured -- in New York, Paris, and Barcelona -- has been really dramatic.