They Used Typewriters to Write For John O'Hara Cosgrave 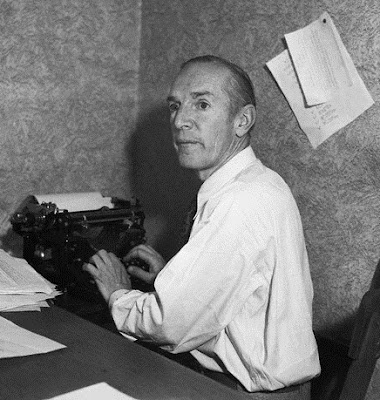 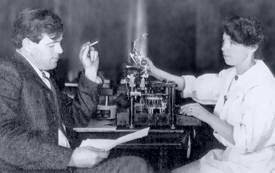 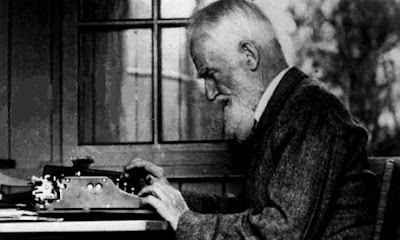 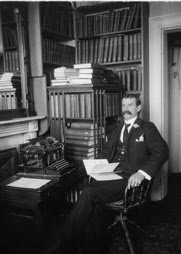 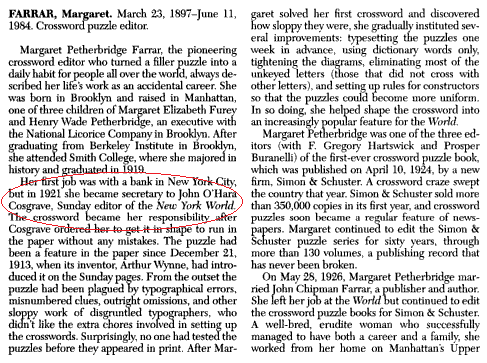 Being too easily distracted is possibly one of my least endearing characteristics. While I had about 100 far more imperative tasks to perform this week - such as responding to comments to this blog - I allowed myself to be sidetracked by the fascinating Cosgrave family, and quickly lost all sense of proportion as I tried to unravel their mystery.
It started when Professor Koichi Yasuoka, of Kyoto University, described by Stephen Fry on BBC Radio as a world expert on the development of the typewriter keyboard, responded to my post last week about Donald Murray. Murray was a New Zealand-born former Sydney Morning Herald journalist who in the 1890s created what can rightly be considered the first emails.
Professor Yasuoka drew my attention to the fact that Murray’s wife, Patricia Cosgrave, was the sister of John O’Hara Cosgrave, the famous American editor and writer of philosophical works, after whom a US Medal for Distinguished Service to Journalism is named. But what really sent me digging was the detail that Murray and Cosgrave had been schoolmates in Auckland in the 1870s.
In the 1890s, Cosgrave was editor of The Wave, a San Francisco weekly with a “smart, patrician” tone and an upper-middle-class readership. It was aimed at “those in the swim - socially, intellectually, politically and literarily”. Here he fostered the early career of novelist Frank Norris. Cosgrave then moved east and secured the plum job as editor of Everybody’s Magazine (1900-1911). His emphasis was on investigative journalism and social justice, but Teddy Roosevelt naturally labelled this “muckraking”. Cosgrave published pieces by, among many others, Rudyard Kipling, Arthur Conan Doyle, Ambrose Bierce, George Bernard Shaw, H.G.Wells, Upton Sinclair and Oakland-raised Jack London. In 1904, the magazine’s circulation reached 750,000. Cosgrave boasted in an interview with The New York Times that he had by then a stable of eight writers (including London, who started out at $20 a story) to whom he paid $1000 for 5000 words, or 20c a word. In 1912, Cosgrave was for three months managing editor of Collier’s, and then Sunday editor of The New York World until 1927. He died in New York on September 19, 1947, aged 83
Generally, Cosgrave is listed on US census, marriage and immigration documents as having been born in Melbourne, Australia, on either July 4 or 11, 1864, the eldest son of John Cosgrave and Mary Kirby Cosgrave. This large Irish Catholic family appears to have moved to Auckland from Australia in the early 1870s. Two brothers, Harry (1866) and James (1870) were also born in Australia, while other siblings were born in New Zealand: Millicent in 1875, Llewelyn Desmond in 1876, Charles in 1877, and Patricia in 1883. Charles was the father of John O’Hara Cosgrave II (1908-1968), a noted American artist and book illustrator who was graphics designer for the United Nations’ founding.
Most if not all of John O’Hara Cosgrave I’s siblings moved from Auckland to California, perhaps to join him there, some time between 1884 and the early 1890s. John O’Hara consistently listed the year of his immigration to the US as between 1884-1885, and he is said to have started editing The Wave in 1889. But he did not become naturalised until 1892. Suspiciously, there was a little skirmish with Victorian police on the corner of Murphy and Palmer streets in Richmond, Melbourne, on Monday, June 30, 1890, after which one John O’Hara Cosgrave and his “intoxicated, obnoxious gang” of young men were described by the Melbourne Argus as members of the “larrikin class”. Cosgrave was fined 40 shillings or in default 14 days jail.
The Cosgraves certainly seem to have been fond of such company. They were close friends in California with the Mizner brothers, the wild sons of a former US “Envoy Extraordinary and Minister Plenipotentiary” to Mexico and Guatemala, Lansing Bond Mizner. In 1893, Wilson Mizner dived in with a lifebuoy and rescued Desmond Cosgrave from the choppy waters of San Francisco Bay, after Desmond had fallen off the Oakland ferry. 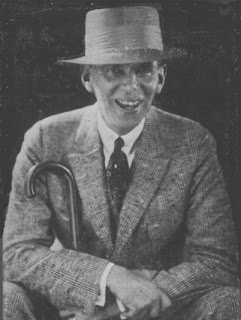 Wilson Mizner (above, 1876-1933) was the exceedingly colourful character who inspired Stephen Sondheim's Road Show. He was described as an idol of low society and a pet of high. His brother Addison said he knew women from the best homes and houses. "Bill" Mizner was an arch con artist, playwright and screenwriter, raconteur and entrepreneur. The Mizner brothers’ misadventures started with robbing churches in Guatemala and moved to the Klondike Gold Rush, where Wilson robbed a restaurant to get chocolate for his girlfriend, "Nellie the Pig" Lamore, saying "Your chocolates or your life”. He became a lifelong friend of Wyatt Earp and a protege of Jefferson Randolph "Soupy" Smith at Skagway. Back in New York, Wilson married a millionairess widow, Mary Adelaide Yerkes, 19 years his senior. He then ran the Rand Hotel, posting signs that "Guests must carry out their own dead" and "No opium smoking in the elevators". He finished up in Hollywood, which he described as "a trip through a sewer in a glassbottomed boat". But perhaps his best remembered quote is, “To my embarrassment, I was born in bed with a lady." Or, "Those who welcome death have only tried it from the ears up."
Others include: "Copy from one, it's plagiarism; copy from two, it's research." "I respect faith, but doubt is what gets you an education." "I've spent several years in Hollywood, and I still think the movie heroes are in the audience." "A good listener is not only popular everywhere, but after a while he knows something." And "Be nice to people on your way up because you'll meet them on your way down."
But I digress from the slightly less colourful Cosgraves, for whom details are, by necessity, sketchy. The birth years and places for family members vary quite considerably on US census and marriage forms, and the spelling of their surname swings from Cosgrave to Cosgrove with disconcerting regularity. John O’Hara Cosgrave married at least three times: to the author Helen Anna Borden in 1898, the widow Marguerite Scott Rielle in 1906 and finally to a lady called Jessica Grear. On his first marriage certificate, Cosgrave listed himself as New Zealand-born. I wonder if anyone will ever unearth his complete life story? 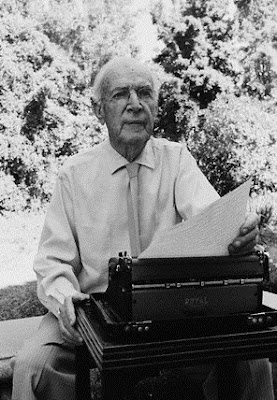 Wilson "Bill" Mizner fascinates me in particular; I would have greatly enjoyed his company, but no doubt would have gotten into a LOT of trouble.

Thanks for sharing this colorful history. It's amazing how many writing luminaries worked for John O'Hara Cosgrave!

Thanks for the story and for yet more good photos of writers typewriting.

Thanks Bill, Cameron and Richard. Hey Richard, I hope you notice that I seldom miss a chance to work Oakland in there somewhere!