Fans With Typewriters: One of them a Trailblazing Woman 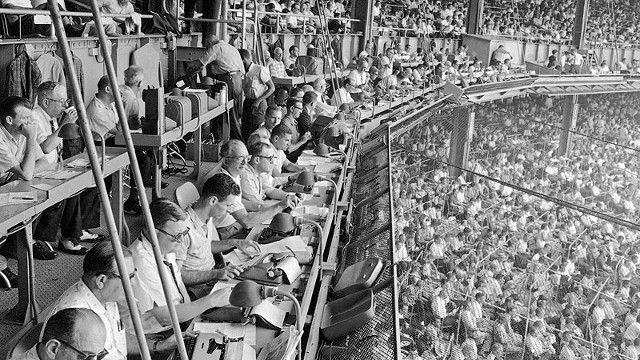 Fans with Typewriters is what they used to be called: sportswriters who had a passion for their job and a certain flair with a portable typewriter.
Most of them were men. But there were gallant, pioneering women sportswriters, too, such as Faye Loyd. 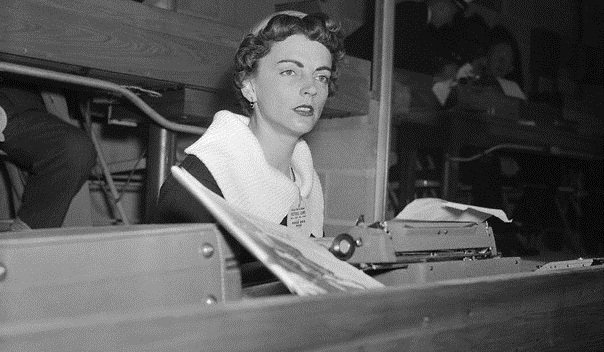 Loyd, from Gilmer, West Virginia, wrote sports for United Press in 1954, She got a lot of nationwide publicity for doing so, and not all of it was positive. And, of course, only some of it was about the quality of her work. Naturally, UP photographers of the day delighted in snapping pictures of Loyd fixing her lipstick in the pressbox. The implication was obvious: she had no right being there. Fancy looking into a hand mirror when football was being played! 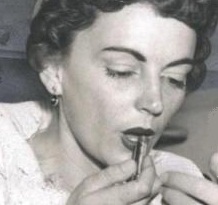 Charley Loftus, director of sports information at Yale University, was one of those who agreed with Loyd's critics. Loftus barred Loyd from the pressbox for the Army football match of 1954. Loyd had to cover the match from a seat high in the stands, handing her copy to a runner who carried it upstairs to a telegrapher. 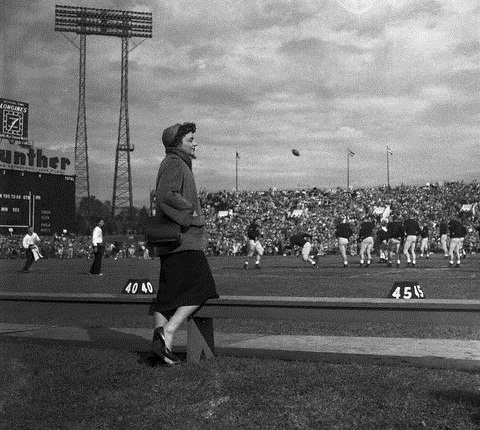 Yale’s stand irked women across America, but the next year Loyd packed in her job to get married to a Time-Life journalist. 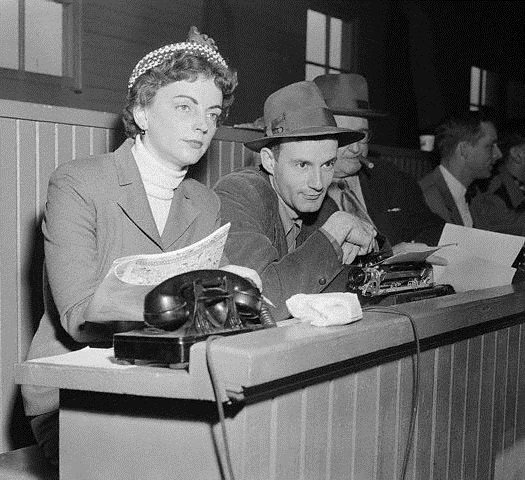 Here are some other famous American sportswriters with their typewriters, the first four photographed at the 1948 Army-Navy match. 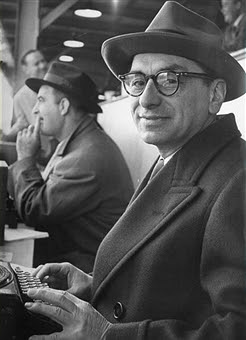 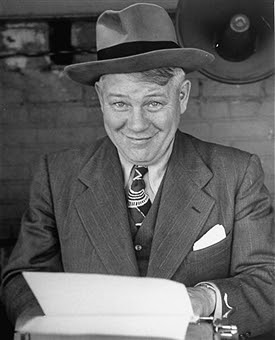 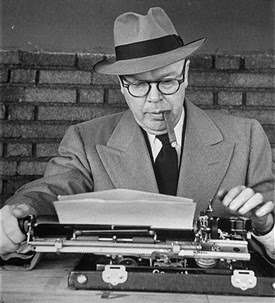 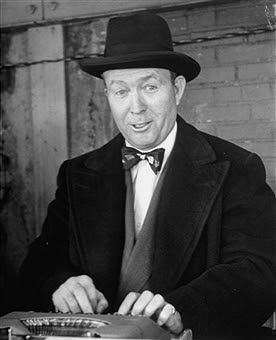 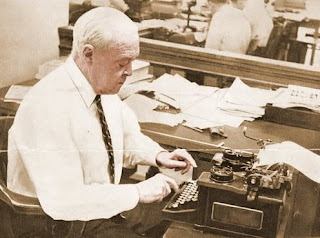 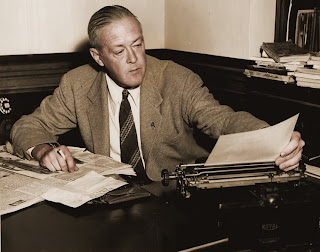 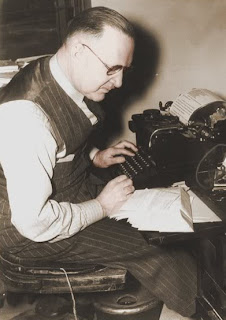 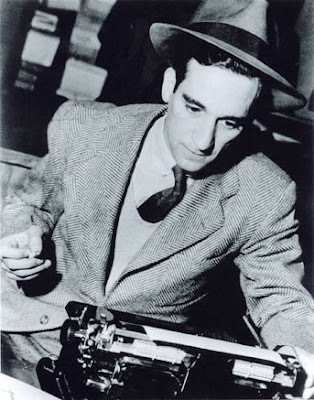 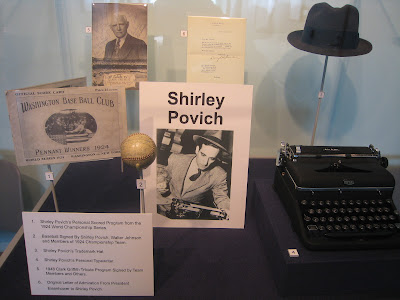 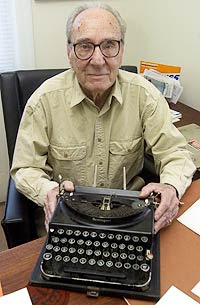 Wilfred Charles “Bill” Heinz with his 1932 Remington typewriter. He wrote for the New York Sun and was called “the Prometheus of modern American sportswriting." "At his best," Frank Graham once said of Heinz, "he is better than any of us." Heinz helped write the book M*A*S*H. 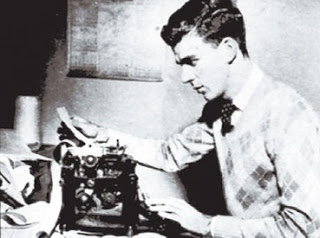 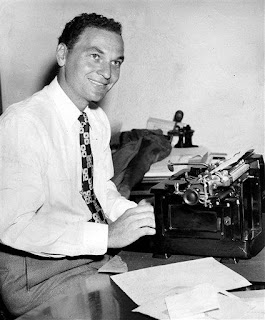 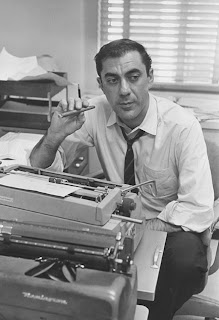 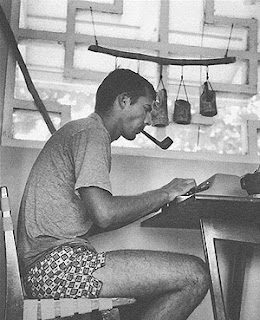 Hunter S.Thompson
Sportswriters worked in similar conditions in Germany. Here is a 1933 view of the pressbox at Berlin’s Automobil-Verkehrs-und Übungsstraße (AVUS) motor racing circuit. One of the correspondents is using an Adler typewriter. 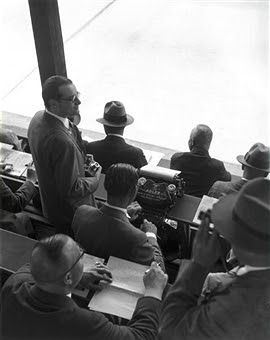 A more unusual setting for a sportswriter to be working in is this one - the photograph was taken in 1946 as the fan with typewriter types up the day's events at a horse race over the Ober See, a frozen lake in Arosa, Switzerland. 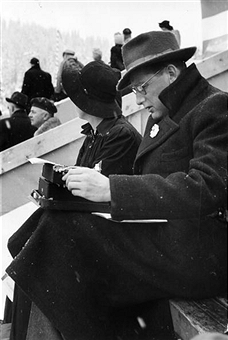 Posted by Robert Messenger at 01:19

Great set of pictures. I really love the first one!

I really like your photos. Is that a Hermes lid in the first one?