An edited version of my weekly column, which appears in Friday's The Canberra Times: 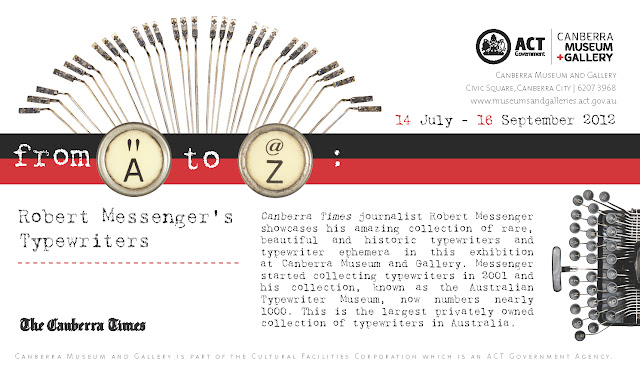 Having spent much of the past 12 weeks wading through acres of typewriters, lifting, moving and stacking them in preparation for next month’s exhibition at the Canberra Gallery and Museum, I was not just knackered but totally typewritered out. I went into the paying job and told Canberra Times day editor Grant Newton, “It’s all your fault!” His eyes widened and he asked, “What for now?” “For me having 100 times more typewriters than the 10 which, at the absolute outside, I might possibly need.”
I reasoned that it all started one Monday morning about 10 years ago when I arrived at The Canberra Times to find my desk festooned with nine colourful portable typewriters. “Where did this little lot come from?” Newton, in those days features editor, owned up and explained he’d been to Revolve on Mugga Lane the day before looking for parts for a cistern. Instead, he’d come away with a little booster for my previously well-contained collection. Little? It quadrupled it in size. And after that I was hooked.  Newton had pointed me to a Golconda I hadn’t known existed. For many years thereafter I haunted Revolve, even when it was forced down the road to Hume, and typewriters were exposed to the elements. Goodness, what treasures I found there!
Unwittingly, perhaps, my friend had introduced Newton’s fourth law of motion: “When two bodies [mine and a typewriter’s] interact by exerting force on each other [its appeal and my compulsion to own it], these action and reaction forces are equal in magnitude [resulting in me irresistibly lifting it], but opposite in direction [thus lowering my bank balance].” 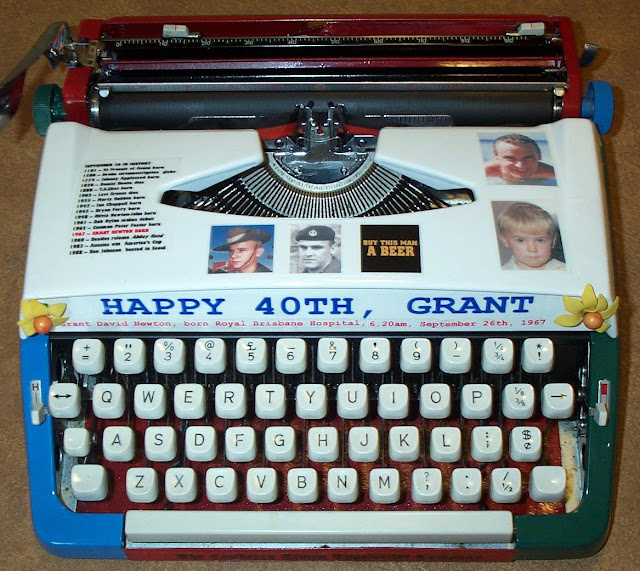 I exacted revenge on Mr Newton by giving him this typewriter
on his 40th birthday, in 2007
One early visit to Mugga Lane was on a Friday morning after I had set a display at the National Library for the Literary Festival. It was to show models favoured by famous writers. One machine I was missing was a Hermes Baby, John Steinbeck’s preferred portable.  On my way home, I speculatively popped into Revolve and instantly stumbled across a near-new Hermes Baby and a rare French Beaucourt Message. Oh, how I miss those days at Revolve! 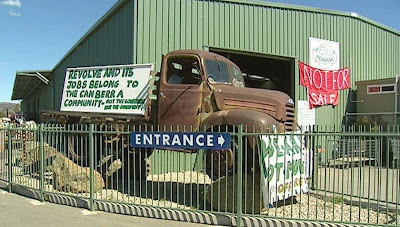 Revolve in its big green shed, as it once was and is now sorely missed 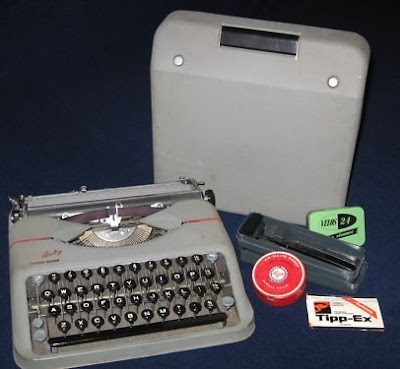 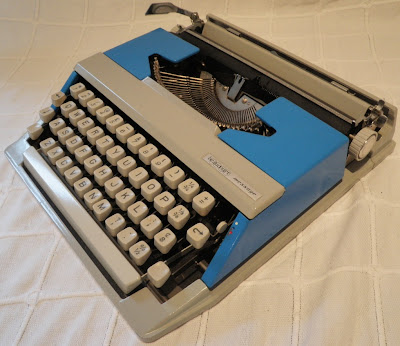 One memorable sweltering summer’s afternoon, with the tip’s scents swirling across the open Hume lot, I came across, buried beneath the usual assortment of kitchen sinks, vanity units and light stands, an Adler typewriter which had been used by Willy Scheidegger’s Swiss typing schools. The keytops were supposed to be covered by plastic colour coded caps, designed to teach touch typing, but these had been spread about the case. Helen, my long-time Revolve heroine, charged me the standard princely sum of $5. But when I got it home I found some of the caps were missing. So I went straight back to John Cory Circuit, got down on my hands and knees and dug into the hardened bare earth with my fingernails. Yes, I found all the missing caps. They’d fallen out of the case and been trampled into the ground by the hordes which once prowled through Revolve. That Scheidegger has since put in touch with helpful friends from Geneva to Turin. 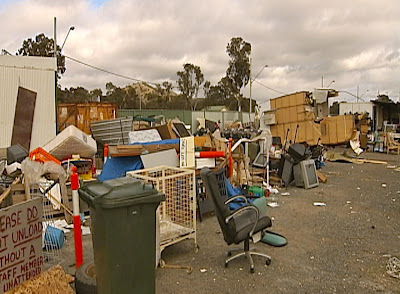 Where I dug up the key caps 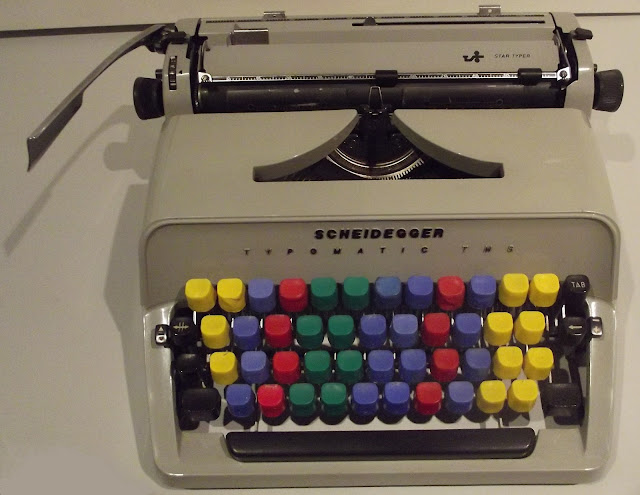 Until Newton’s intervention, I had kept a slowly emerging interest in check. At a house warming party to which then Canberra Times night editor Andrew Fraser had invited me, in 2001, I noted the way the Remington portable once owned by his father, the late federal MP Jim Fraser, was eye-catchingly positioned in a corner cabinet. Just the sort of thing I could do, I thought, with that little black Imperial I had been eyeing but hitherto resisting in a bric-a-brac store in Moruya. A couple of garage sales later and I had a tidy collection of three typewriters. Then came the first really big mistake: I went looking for the two models I had first used, and found eBay. 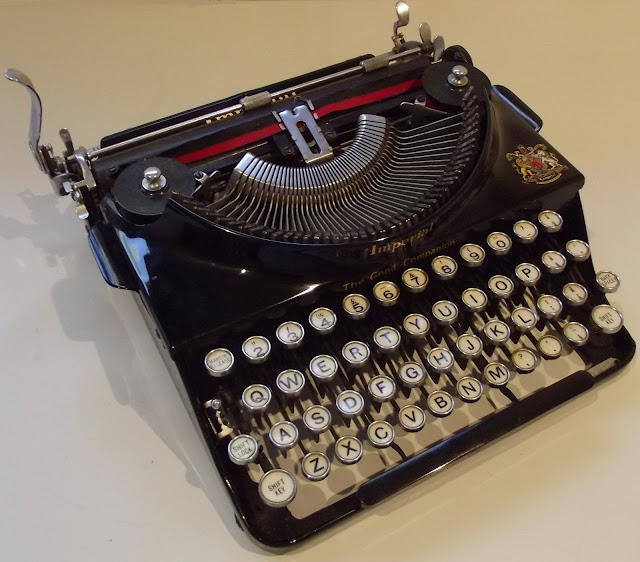 Not, as it turned out, that I really needed to go hunting online. I soon figured that in the 1950s and 60s, Canberra’s academics and public servants, and the district’s immigrants, had ensured that this was the typewriter capital of the southern hemisphere. Revolve, after Newton had pointed me in its direction, had become just one form of proof of this. The other was, as I have mentioned here before, the number of Canberrans who, learning I “gave typewriters a good home”, showered me with the gifts of their wonderful old machines.
When I started putting together a book to coincide with next month’s exhibition at the Museum and Gallery in Civic, featuring the 100 typewriters that will be on display there, I became even more acutely aware of how fortunate I have been in this regard. So many of the 100 are listed with the names of their donors. These might be short lines in a small document, but the largesse of such kind and generous people does mean an awful lot to me.
Here are a few of the donated typewriters which will be in the exhibition: 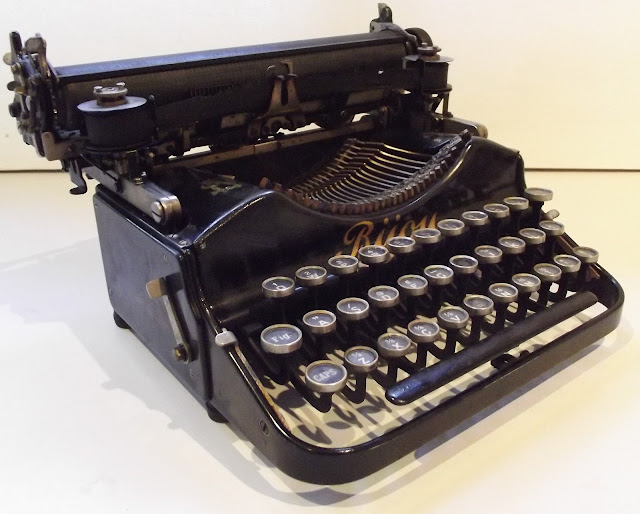 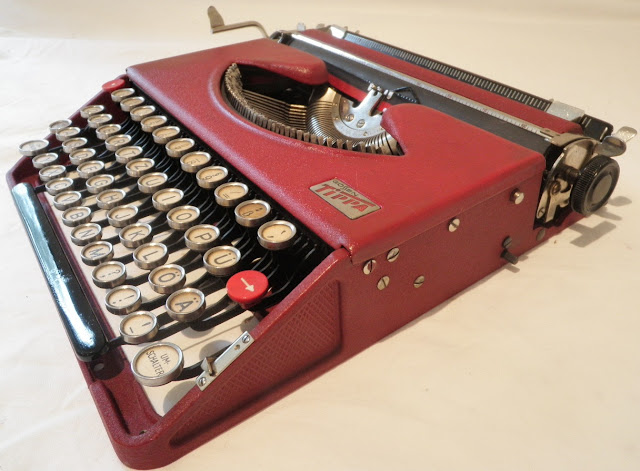 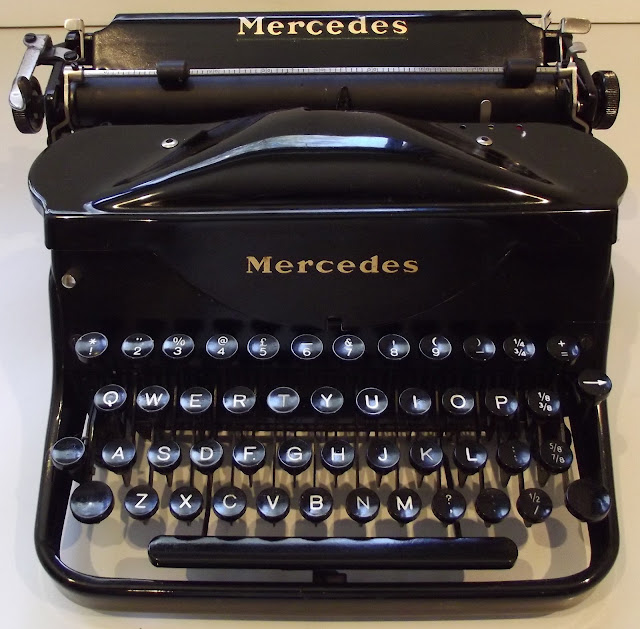 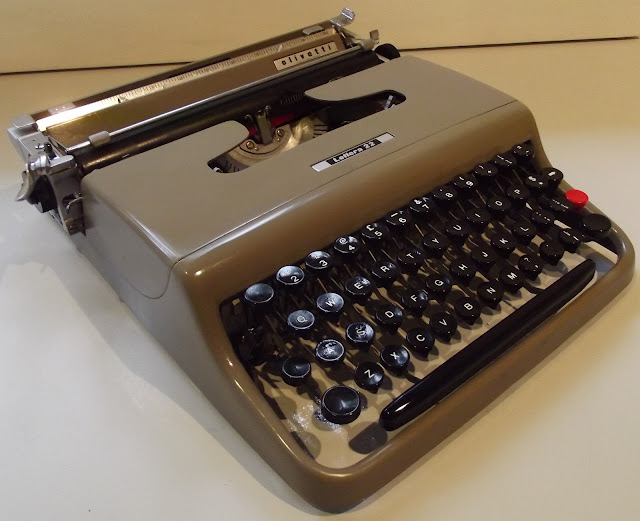 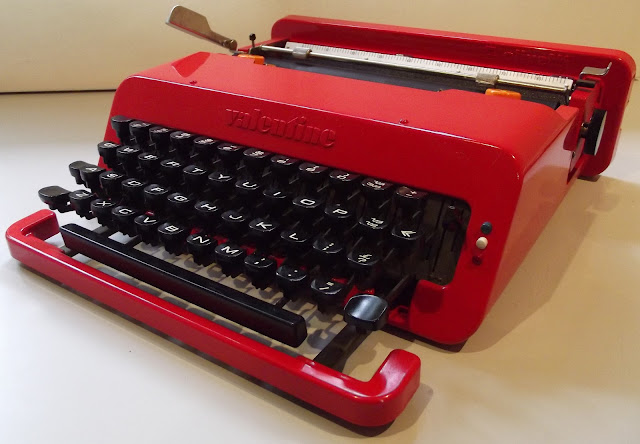 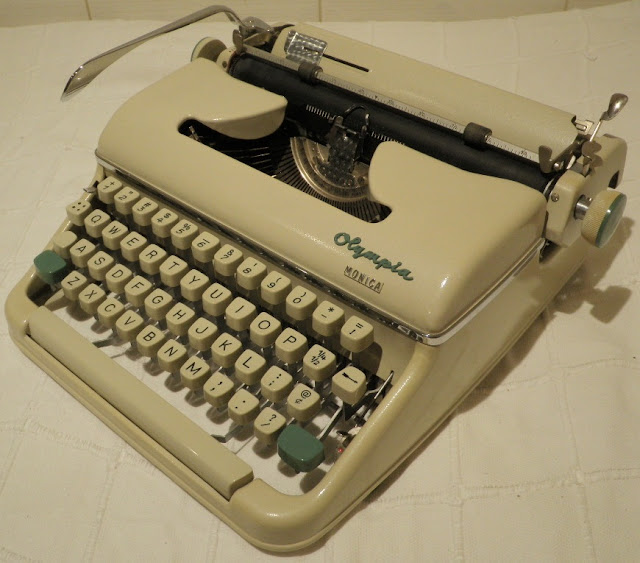 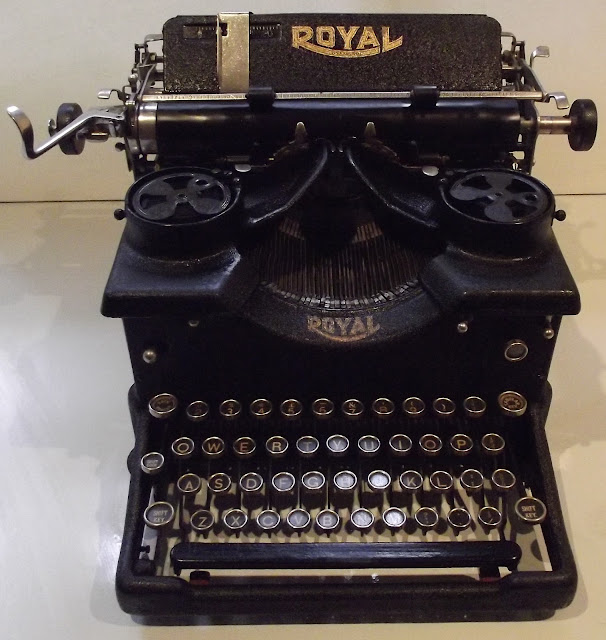 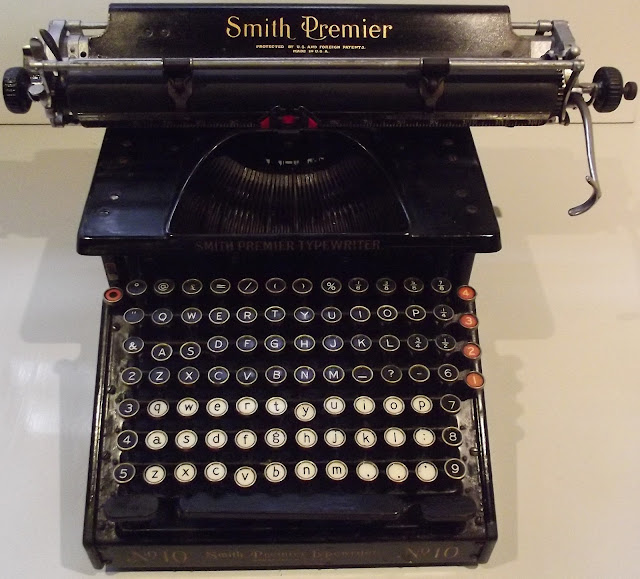 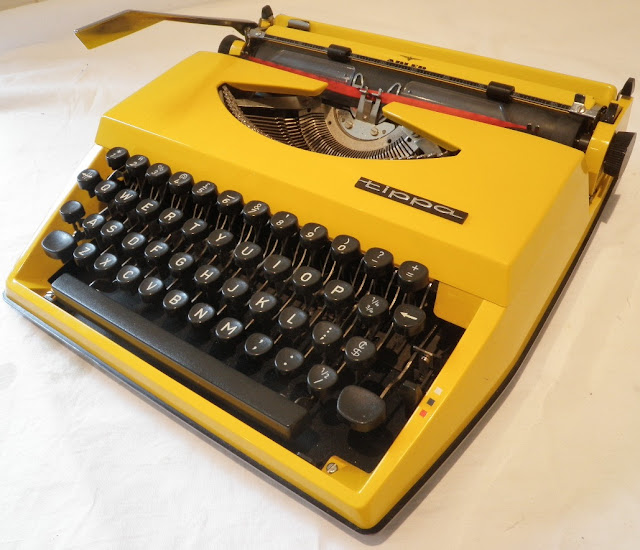 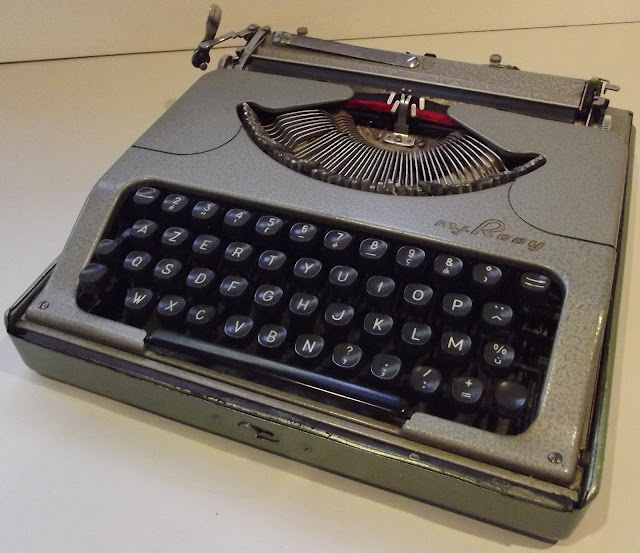 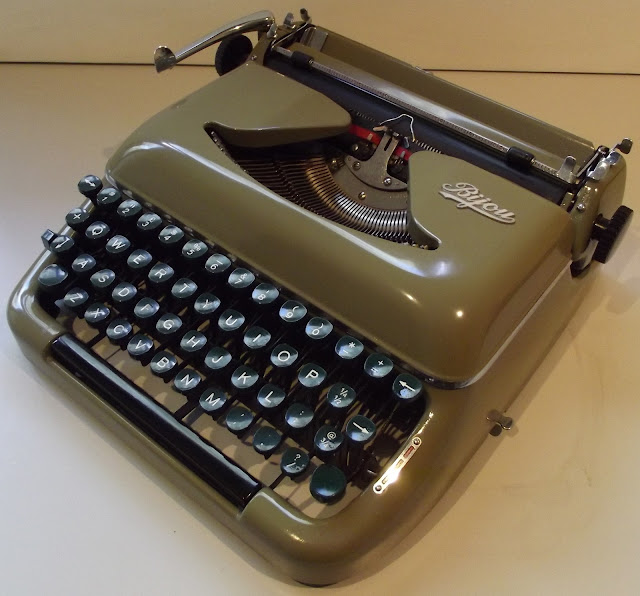 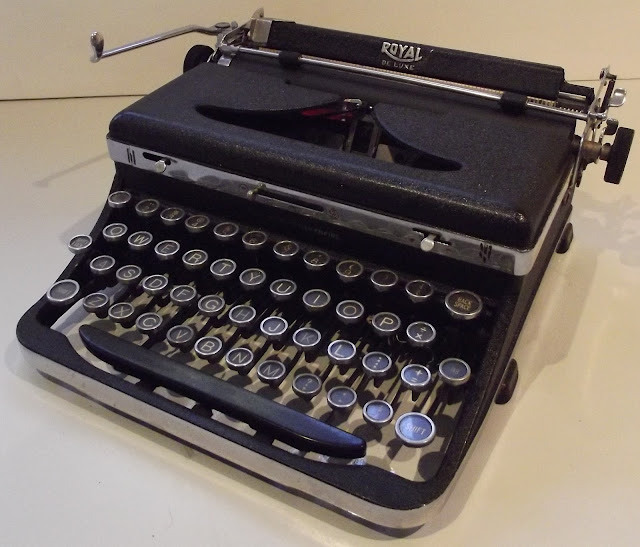 Posted by Robert Messenger at 22:04

My own local fountain of typewriters, the St. Vincent de Paul thrift store, has dried up. Nothing for months but inanimates and zombies (electronics and electrics). Not even a sad little Smith-Corona.

Very nice work Rob. I'm at the precipice of tipping into the 'overstocked' oblivion myself, now that I have more typers than I can rationally use - or have time to use.

Looking forward to seeing your collection. I'm currently trying to organise the time to get down there - hoping that my current employer lets both keep working and actually have a holiday. But I'm really eager to see your collection.

Those are great typewriters. I never see anything like even one of those in Florida.