Tipp & Co, Mettoy and Marx Toy Typewriters: All the Work of Sammy Berger 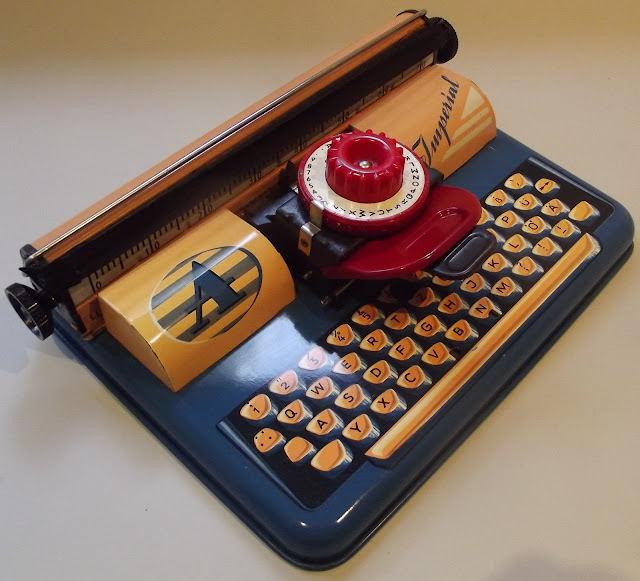 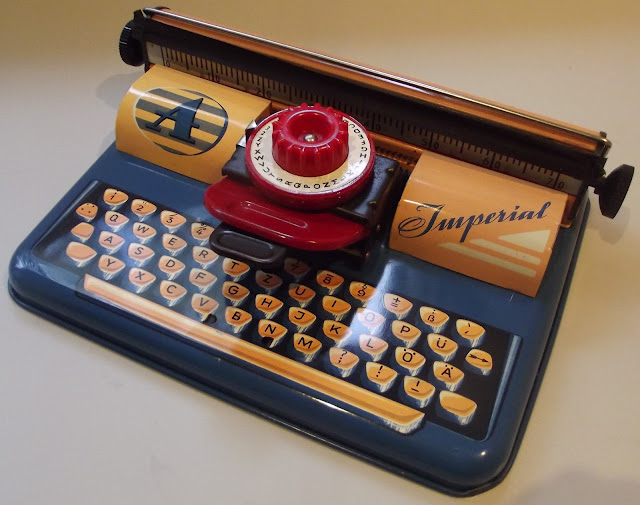 This West German-made pressed tin-plate toy typewriter was made by TippCo, a company originally established in Nuremberg in 1912. However, it is a 1950 American design – from the 20th century’s leading toy typewriter designer Samuel Irving Berger, with 1962 improvements from his son Edwin Irving Berger. 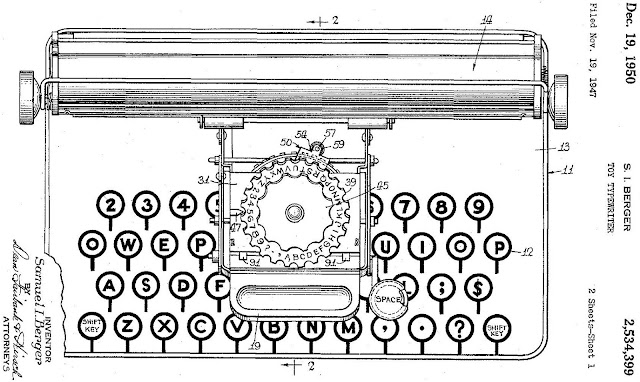 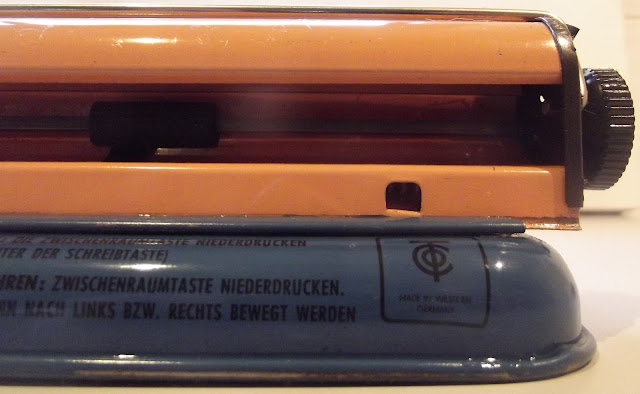 Yesterday marked 50 years since Edwin Berger was issued with his US patent for the pivoted typehead incorporated in this Imperial A toy typewriter. 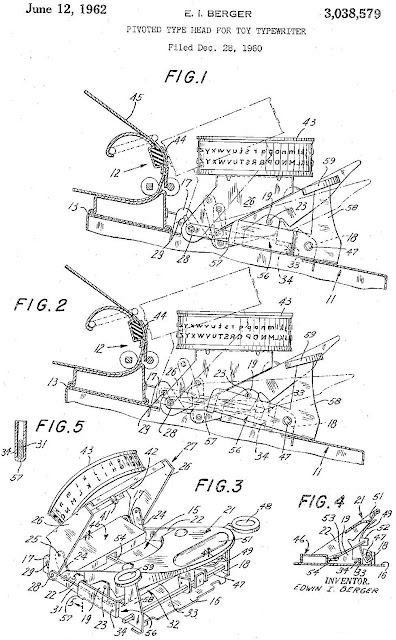 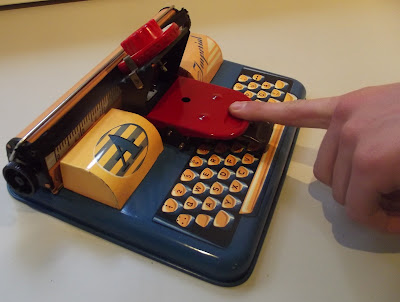 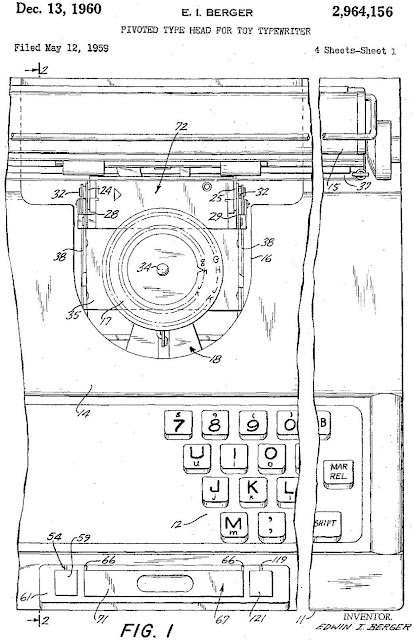 This West German version of a Mettoy model, and other toy typewriters made by TippCo between 1947 and 1971, establish a three-way link between Mettoy, the well-known British toy maker, and Louis Marx and Co, an equally famous American company. 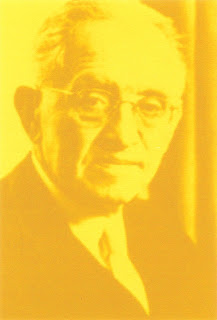 Philipp Ullmann
Because both typewriter and toy historians – and the latter have written much about toy typewriters – have ignored the designs of these toys, they have missed this link, which can now be revealed.
Apart from the Bergers, father and son, the common bond comes through a German-born toy maker called Philipp Ullmann, born in 1883. His name is invariably spelt incorrectly (usually Philip or Phillip), meaning his life story is difficult to trace. Ullmann, or at least his family, benefitted from an involvement with the ill-fated merchant bank, Keyser-Ullmann.

Mettoy was founded in 1932 by Ullmann, who had worked for and then taken over the original Nuremberg company, Tipp & Co, in 1919. After World War II, Ullmann returned to his native Germany to re-establish the toy maker as TippCo. Many of Ullmann’s elaborate battery-operated toys were later made in Hungary and then in Japan (see the fast typing tin lady at the bottom of this post): 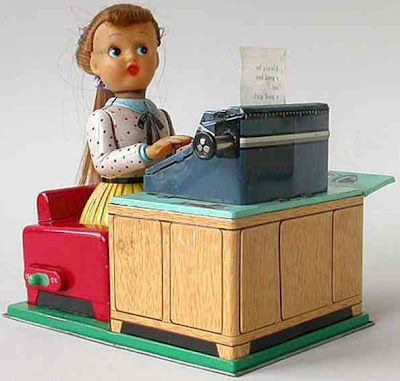 In a similar arrangement, Ullmann had a West German company, Pola, make toy trains under licence from one of his British companies, Playcraft, while Mettoy made many Marx toys, such as doll’s houses.

In re-establishing TippCo in 1947, Ullmann was able to extend a business arrangement he had with Berger to have toy typewriters made by Mettoy, designs which in many cases had been originally assigned by Berger to Marx. 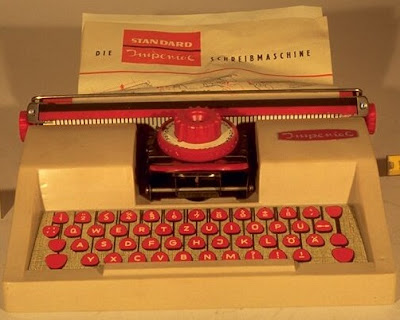 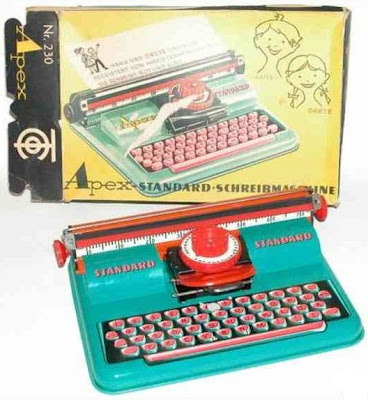 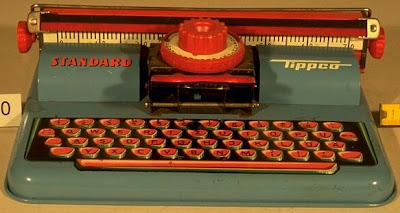 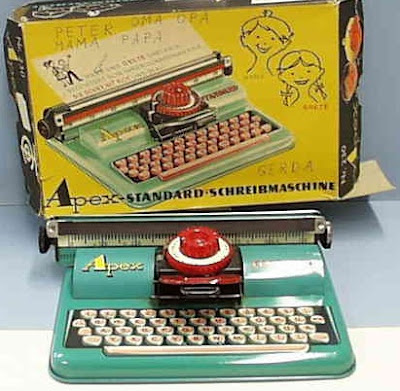 These Sammy Berger designs for Marx in the US and Mettoy
in England were also made by TippCo in West Germany
under different model names, such as Standard and Apex
Ullmann’s deal with Berger was necessary because of post-World War II British restrictions on toy importations. This was overcome by leasing American moulds and bringing tooling in from the US. Ullmann made additional use of the moulds and tooling in what had become West Germany. Ullmann also won exclusive British distribution rights for US toy brands, such as those associated with Berger. 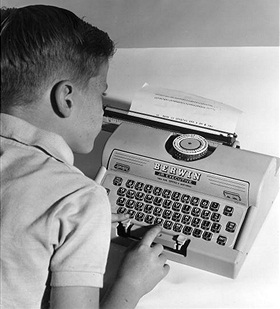 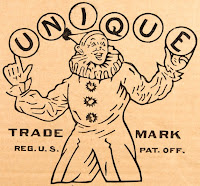 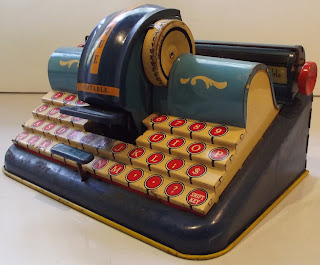 There is hardly a mention of Sammy Berger on the web. An incorrect reference to him being called “Sammy Bergman” and a one-time close friend of Louis Marx, has been compounded over the years by repeated use. Readers of this post will now be able to get the story right. 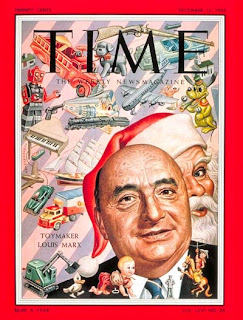 Marx and Berger had previously cooperated, with Marx providing tooling to Unique and sometimes acting as a distributor for Unique's products.  In 1949, Unique began producing lithographed tin O-gauge toy trains, using tooling of its own design along with some recycled tooling from the defunct Dorfan Company. Unique sold its trains in inexpensive boxed sets like Marx. Marx saw this as a betrayal and responded with a new line similar in size to Unique's, but with lithography that looked more realistic. Unique found itself unable to compete, and withdrew its trains from the marketplace by 1951.  Marx also moved production of  toy typewriters to Japan in order to undercut Unique's price.

But getting back to Tipp & Co: It was founded by a woman we only know as Miss Tipp and a man called Carstens, with Philipp Ullmann as manager.  The founders apparently became Mr and Mrs Carstens. Ullmann succeeded Carstens as managing director in 1913, took a controlling interest, and after World War I, in 1919, became sole owner. 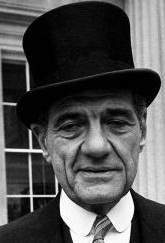 Arthur Katz
In 1920, the then eight-year Johannesburg-born Arthur Katz moved to Germany with his mother, Ullmann’s cousin, after his father had died. Katz completed his schooling and started work at Tipp & Co, by then established in Fürth, outside Nuremberg. In 1933, Katz, who being South African-born had a British passport, fled Nazi persecution by moving to England. 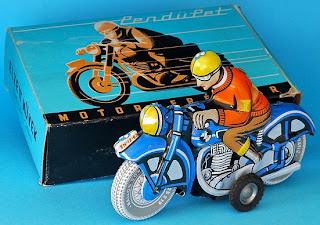 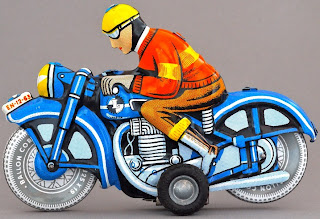 This TippCo toy was made in Hungary and later Japan
Ullmann, with the help of Lord Simon Marks (1888-1964), the founder of the British chain store Marks and Spencer, was able to soon follow Katz, taking his young family with him. Ullmann’s relationship with Lord Marks also helped enable Ullmann to establish a successful business in England, as toys were sold through the chain store.

The escape from Germany of Katz and Ullmann appears to have been planned in advance, for Mettoy was registered as a private company on August 31, 1932, but Ullmann was not appointed to the board of directors until October 10, 1933, just after his arrival in England. Trading as Mettoy started on February 1, 1934. Katz joined the board on May 27, 1936.
Back in Nuremberg, Tipp & Co was taken over by the Nazi government and placed under control of a former Bing company director. It continued to make toys, such as cars which saluted Hitler, and these proved popular during the Third Reich, but most were destroyed after the war. 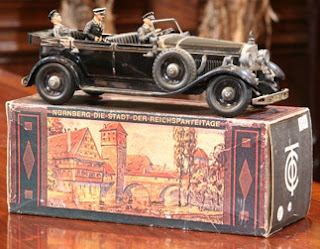 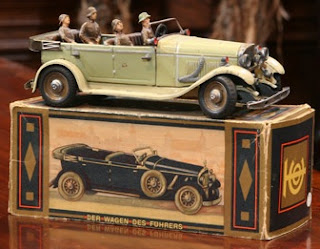 In England, Ullmann and Katz set up a workshop at Winteringham’s Precision Models, an off-shoot of model train makers Basset-Lowke, on St Andrew’s Street, Northampton. Basset-Lowke relied on German-Jewish suppliers for its products, such as Carette and Bing. The profits from toy manufacturing were used in rescuing other Jewish refugees from Nazi Germany.

In February 1936 Mettoy broke away from Winteringham’s to establish its own factory on Stimpson Avenue, Northampton, moving to Harleston Road in 1937. During World War II, toy making was put on hold, but with defence contracts for Jerry can components and shell fuses, shell and mortar carriers, Sten and Bren gun magazines and landmines, business rapidly expanded. A new factory was acquired in Fforestfach, Swansea, Wales in 1944. In 1945 toy production resumed. 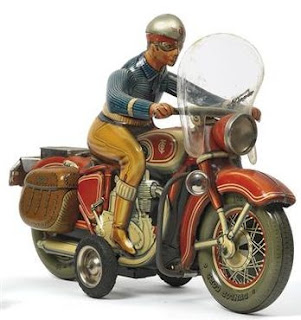 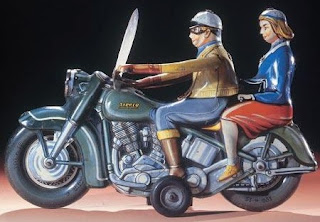 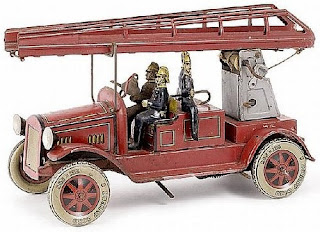 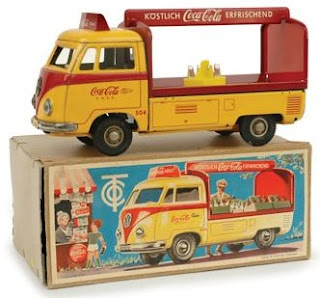 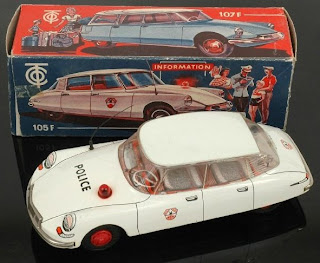 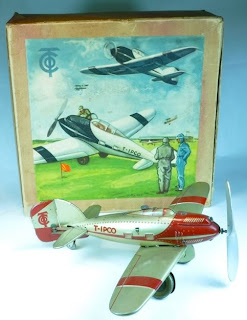 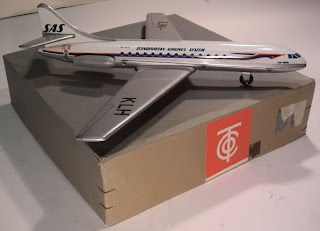 Pressed metal toys started to become outdated and Mettoy started using plastic and aluminium. Metal restrictions were lifted in 1955 and Mettoy took on Frank Hornby's well-established Meccano Dinky Toys. Mettoy then placed orders for mass-produced zinc diecast toy vehicles with German producers. Katz, by then managing director of Mettoy’s sister company Playcraft (acquired in 1953), put the challenge to Dinky in motion by launching the Corgi brand, naming it after a Welsh breed of dogs. The company’s chief designer was Marcel Van Cleemput.

A fire at Mettoy’s Queensway warehouse in 1969 destroyed stock and retailers started returning to Dinky. Ullmann died on September 20, 1971, aged 88, and the Northampton factory was closed. Export taxes, inflation and a strong pound led to massive trading losses and resulted in Mettoy calling in the receivers in October 1983.
Katz had retired in 1976, when his son Peter Katz became managing director. Arthur Katz died on June 25, 1999, aged 91.

Posted by Robert Messenger at 01:26

Thank you for sharing this! I dig tin toys. I regret the loss of a 1960's tin robot I had since childhood. I gave it to a guy to sell for me at a time when I needed the money, and I never saw him again. I lost a part of my childhood for nothing.
This was a very interesting post. Thanks again!

Another one of your great posts! Those toys are super! Too bad things are no longer made as nice as all the old ones. Even as a child I enjoyed the old tin toys I found from many years before my birth. Wish I still them even though I do not recall any being as nice as the ones shown.

Wow! Memory lane for me! I remember having that Japanese made motorcyclist and lots of others similar to it and a whole bunch of Marx toys ... how it evokes the meaning of "nostalgia," the pain or longing for going home.

Thank you Streamline DeLuxe, Bill, Georg and Martin. I really enjoyed your comments about remembering wind-up tin toys. My brother's friends brought a lot of these back from the Korean War, presumably made in Japan.

Great post, thank you! I was looking for an image of an Imperial toy typewriter, found your page and spent a good while reading and enjoying the whole thing. I always aspired to the typewriter, but Santa never paid that much attention. I did have one of the Tippco motor bikes though.

I hope you don't mind, but I used one of your images on your website. If you're not happy, Google Jem Shaw and look at my copywriting page to see it. Then use the contact form to let me know and I'll take it down immediately. (I've done it this way so that it's clear I'm not just trying to spam a link on your blog!)

I saw your post about german soldiers. I was wondering about their history as my father and aunts was very quiet about past. There was also army vehicles and tank that was made of metal. That got lost.