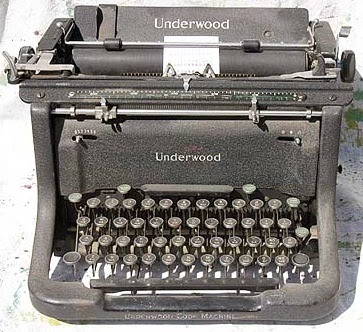 A wartime version of the Underwood Code Machine 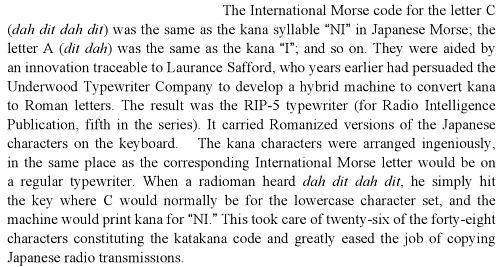 On November 26, 1924, Laurance Frye Safford, a 31-year-old United States Navy Lieutenant based at the Mare Island Naval Shipyard in Vallejo, California, posted his plans for a "special code typewriter" to 336 Washington Avenue, Brooklyn, New York. This was the home of John Thomas Underwood, founder and president of the Underwood Typewriter Company of Hartford, Connecticut.
Safford's unpatented design was taken by Underwood to his company's head office at 30 Vesey Street, New York City, where it was shown to one of Underwood's leading engineers, the Washington-based foreign manager for Underwood, Carl Augustus Joerissen (born Ilion, New York, 1871), designer of the Underwood Noiseless standard typewriter.
On December 10, the Underwood  company wrote to Safford, offering to build him four machines, adapted from the Underwood 5 standard, for $645 ($161.25 each). Its keytops had Roman characters and combinations of letters representing in Morse Japanese kana characters.

This 1924 Underwood typewriter connection between Safford and Joerissen has lead to conspiracy theories which reach all the way to Lee Harvey Oswald and the assassination of President John Fitzgerald Kennedy. I'm not going to go into that here - it's far too involved - but if anyone is interested in reading further on these theories, simply key in "safford+joerissen" in a Google search. In part, the links relate to the still unsolved shooting death of Joerissen's stepson, Chicago art dealer Paul Lamar Joachim (born Washington DC, 1912), a retired US Navy Rear Admiral, on October 22, 1962, exactly 13 months before Kennedy was killed. 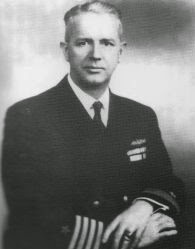 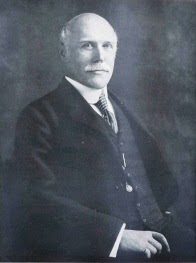 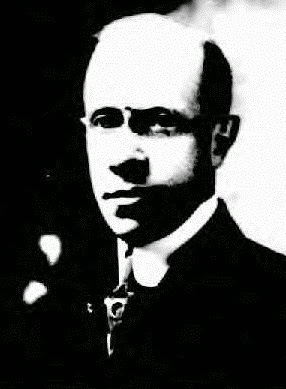 Carl Augustus Joerissen
But let's get back to typewriters ...
Underwood had been working on adapting standard typewriters to type in Japanese since 1916, when Brooklyn translator Sukeshige Yanagiwara (born Nagasaki, 1873) patented this design: 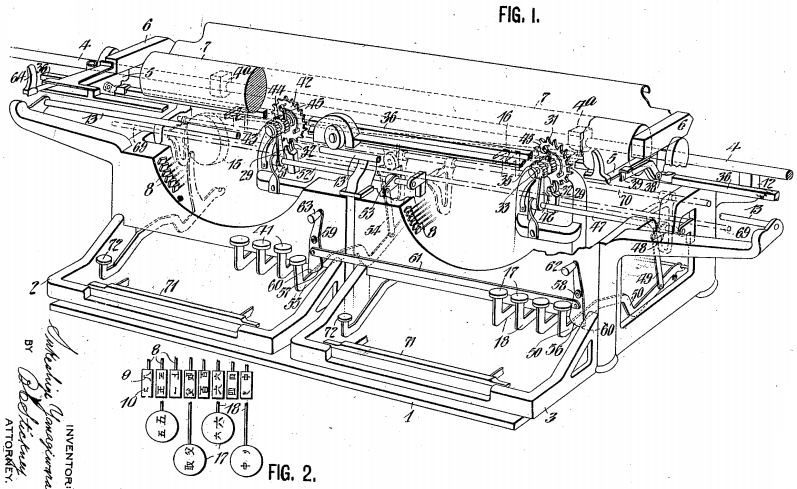 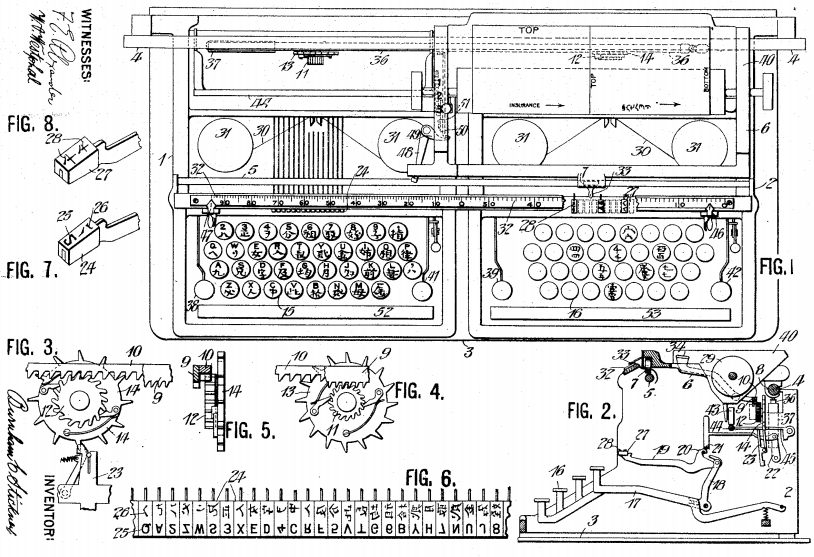 Soon after, Joerissen patented his typewriter-computer, which he had been working on since 1911. He had earlier developed the Underwood 5's tabulator system and its polychrome (two-colour ribbon) device: 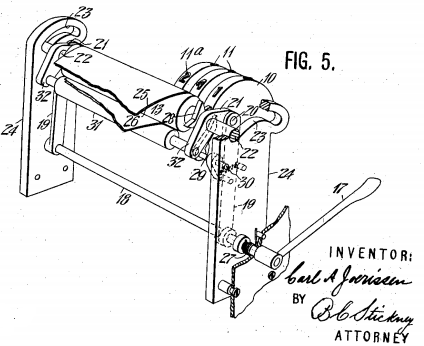 Upon John T.Underwood and Joerissen seeing Safford's plans in late 1924, Stickney immediately rushed back into action with a series of kana keyboard patents: 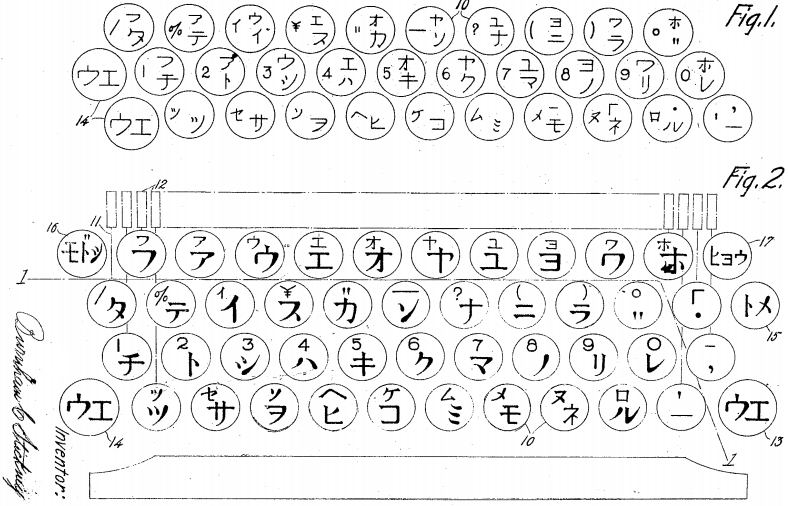 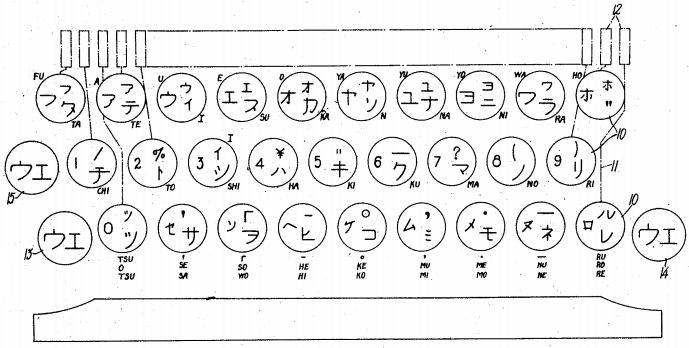 The typewriters made by Underwood from the Safford plans were known by the manufacturers as the Underwood Code Machine, but became designated by the US Navy on July 24, 1930,  as RIP-5 (Register of Intelligence Publications, fifth in the series). Navy radio circuit operators used them to transcribe Japanese radio communications. The keys were arranged so that, for the lower case character set, the kana keys were located in the same place as the corresponding International Morse letter would be on a regular typewriter. When an operator heard _._. he would just hit the key "C" and the machine would print the kana for NI. 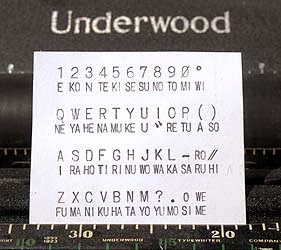 At the time Safford drew up his plans, in 1924, the US Navy had only two operators who knew Japanese Morse. After the first four Underwood machines were made, and their success had been confirmed, another 36 were built and paid for by the Office of Naval Intelligence. Now operators could often record transmissions faster than Imperial Navy radiomen could draw the kana brush strokes themselves. The Underwoods became "Famous among communications intelligence veterans ... a machine that greatly simplified interception of Japanese transmissions." Intercept operators used the Underwoods in Shanghai as early as 1929.
Safford,  the "father of U.S. Navy cryptology", was born in Somerville, Massachusetts, on October 22, 1893. On July 8, 1912, he secured an appointment to the US Naval Academy at Annapolis and graduated as an ensign, 15th in the class of 1916, showing an affinity for machines and skills in mathematics and chess.  He began to establish the Naval cryptologic organisation after World War I, and headed this effort more or less constantly until shortly after the Japanese attack on Pearl Harbor. 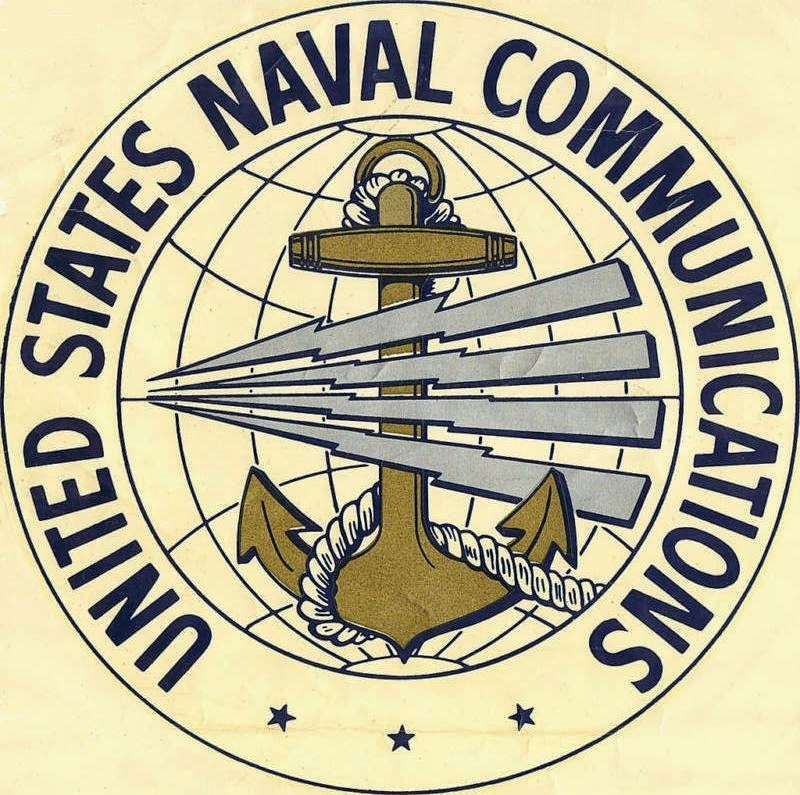 In January 1924 he was called from command of a minesweeper off the China coast to head the "research desk" of the Code and Signal Section within the Office of Naval Communications. In the beginning his sole task was to exploit a Japanese naval codebook that had been filched from the Japanese consulate in New York. Safford recruited Agnes Meyer Driscoll, Joseph Rochefort, Joseph Wenger and others who were to lead the operations through to World War II and into the post-war period. Safford was the first to begin organising the worldwide Naval collection and direction finding effort, so that when the US entered World War II it already had a system of intercept stations. 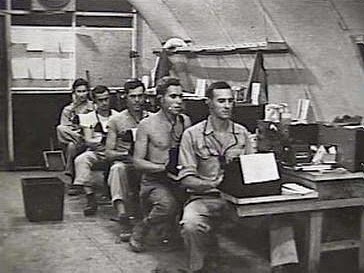 After a sea tour from 1932-36, Safford began mechanising operations with the addition of IBM equipment. He was directly involved with building cryptographic machines and collaborated with the Army's Frank Rowlett in the invention of the Sigaba, a cipher machine not known to be broken by any country during World War II. 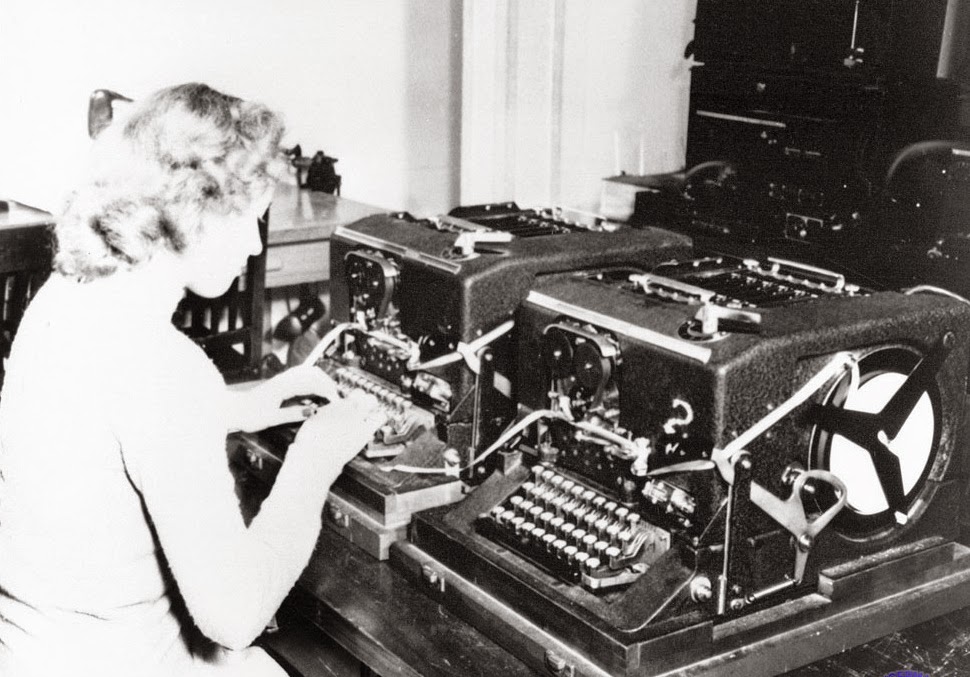 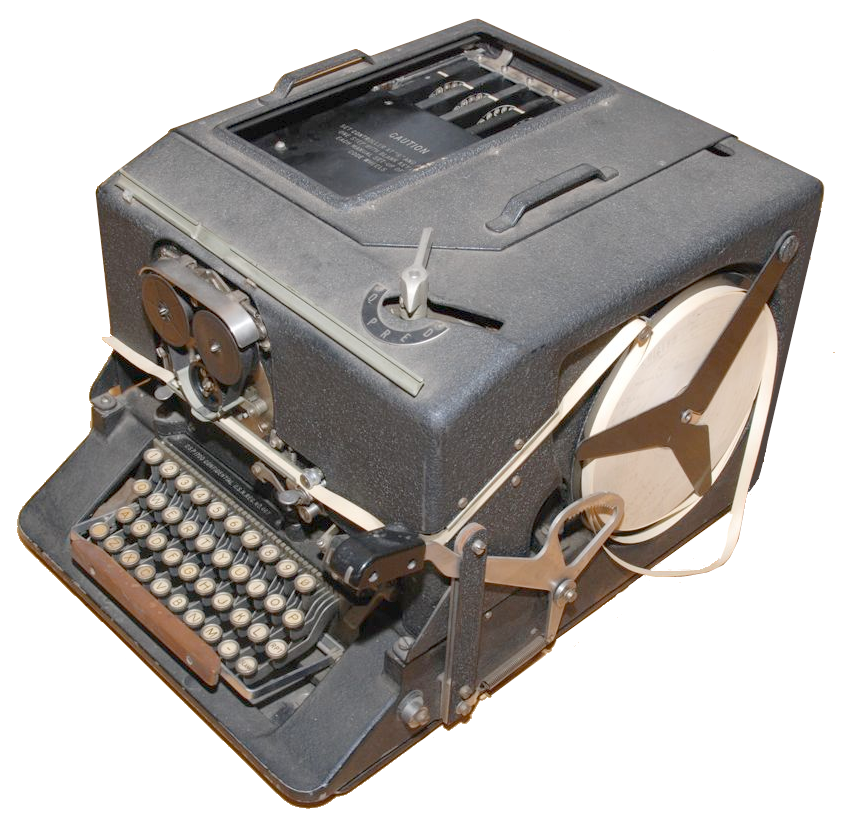 Safford himself developed this machine in 1944, but it was not patented until 2001: 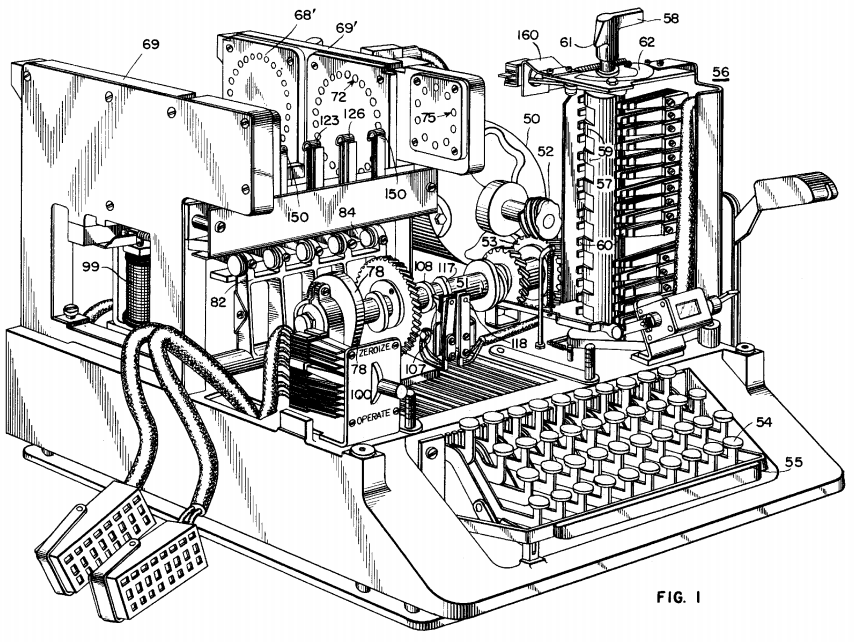 Safford promoted collaboration with the Army on several fronts, and was largely responsible for the Navy entry into a joint effort with the Army on the Japanese diplomatic systems. He recognised the signs of war that appeared in the diplomatic traffic, and tried to get a warning message to Pearl Harbor on December 4, 1941, three days before the attack, but was rebuffed by Admiral Leigh H.Noyes, director of naval communications in Washington. During the war Safford was assistant director of naval communications for cryptographic research and was awarded the Legion of Merit for his cryptographic work. 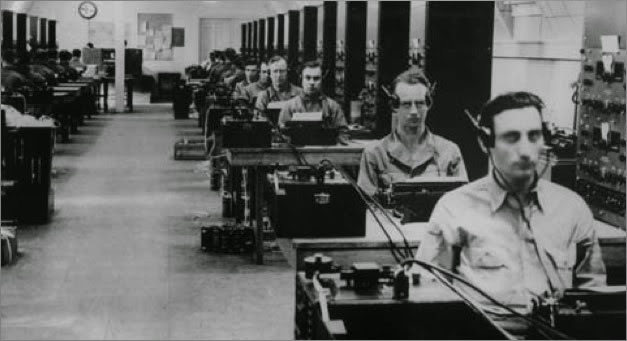 Safford retired from active duty in 1953. In 1957, President Dwight D. Eisenhower signed a bill to pay Captain Safford $100,000 for his efforts in devising more than 20 code systems and related cryptographic developments. When proposed by Senator Leverett Saltonstall, the bill called for payment of $150,000. This was cut to $100,000 by Congress. Safford had settled in Washington and died on May 17, 1973, in the Bethesda (Maryland) Naval Hospital, aged 79.
Posted by Robert Messenger at 17:57

How very clever yet simultaneously simple that RIP-5 is. Neat story.

Great research once again Robert. Thanks for sharing, this is very interesting stuff!

I was a Radioman 1st Class in the US Navy. I received advanced training in copying German U-Boat radio messages on a modified typewriter. I then received advanced training to learn to copy kana coded messages on a RIP-5 Underwood typewriter. I was assigned to duty at US Naval Radio Station NIT at Wahiawa, Oahu, Hawai'i. One of my duties was to copy kana coded messages transmitted from Japanese submarines - and to obtain direction finder bearings on these signals.

Just bought a underwood "code machine' and did a bit or research on it.looks exactly like the ones in the picture with 'underwood code machine' engraved under the space bar, but for some reason the keys dont have the japanese notations in lower case and look like ordinary typewriter keys. Havent had a chance to type out anything yet but wondering if I am sitting on the real mccoy or is it something else...