Faking it with Papa in Cuba: The Corona 3 Portable Typewriter Hemingway Never Used 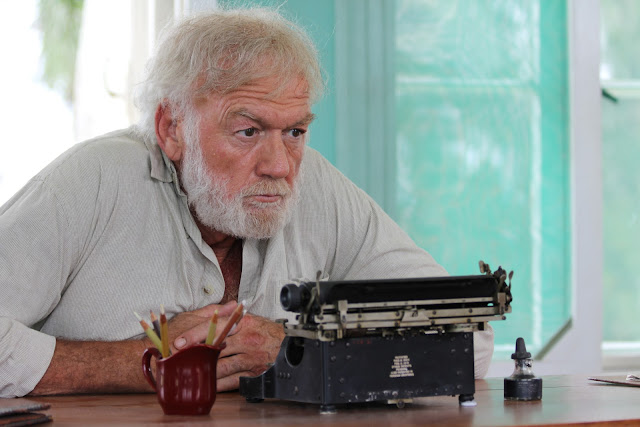 The New York Times film reviewer Helen T. Verongos opens her critique of the new movie, Papa: Hemingway in Cuba, by saying, "At first, it strains credulity." For a typewriter tragic, credulity is in fact blown right out of the Finca Vigía window, upon viewing this image from the film of actor Adrian Sparks, playing Ernest Hemingway, at what is claimed to be Hemingway's very own Corona 3 portable typewriter. 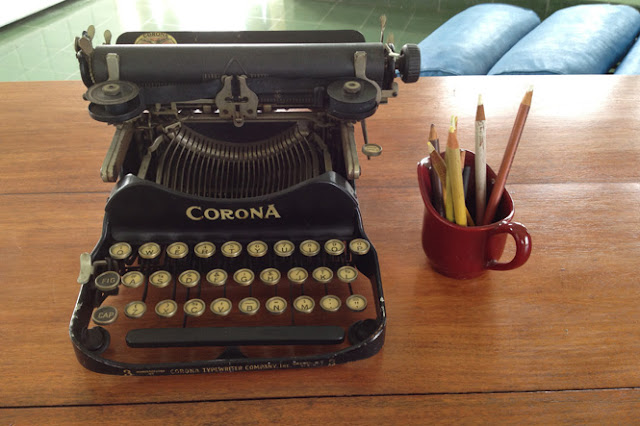 The Corona 3 displayed at Finca Vigía in Cuba (above) and purported to have been Hemingway's is no such thing. Hemingway's Corona 3 was smashed to pieces by an angry cab driver at the Gare de Lyons in Paris in early July 1922. There had been a dispute about the fare and the inflamed driver threw Hemingway's luggage, including his typewriter, on to the pavement outside the station. The last time Hemingway mentioned his Corona 3 was in a letter to his father written in Paris on May 2, 1922, in which he complains about how uncomfortable it is to type in bed. He subsequently bought himself an Erika folding portable, which he gave to Sylvia Beach when he left Paris in late March 1928, and which is now owned by American writer Jeffrey Robinson. The Corona 3 had been given to Hemingway on July 12, 1921, as a 22nd birthday present from his first wife (still to-be at that point) Elizabeth Hadley Richardson. 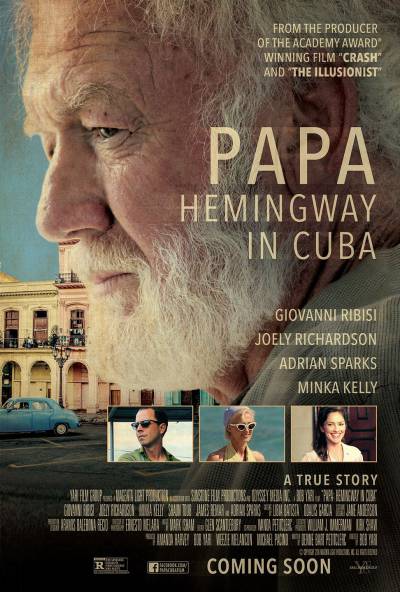 All of which undermines the claim that Bob Yari’s movie "has received a great deal of press for its authenticity". In fairness, it is the first Hollywood film shot in Cuba since the 1959 revolution, and it does use Hemingway’s home Finca Vigía (now a museum) as a set.
The late Denne Bart Petitclerc wrote the autobiographical script, in which a fictional alter ego, Ed Meyers (played by Giovanni Ribisi) is a young reporter from the Miami Herald who gets to travel to a Cuba on the brink of revolution and meet Hemingway, have a drink or three with him, learn from him to land a tuna, and lounge on a Cuban beach with the great Papa and his fourth wife, Mary Welsh, the woman who made a cuckold of a truly brave man, Australian war correspondent Noel Monks.
Petitclerc, by the way, played such a minor role in Hemingway's later life that he doesn't rate a single, solitary mention in Carlos Baker's doorstopper biography, Ernest Hemingway: A Life Story, nor in Kenneth S. Lynn's equally bulbous Hemingway. But in the movie Ribisi, as Meyers, gets to use a Royal portable typewriter - which Hemingway DID actually use in Cuba. 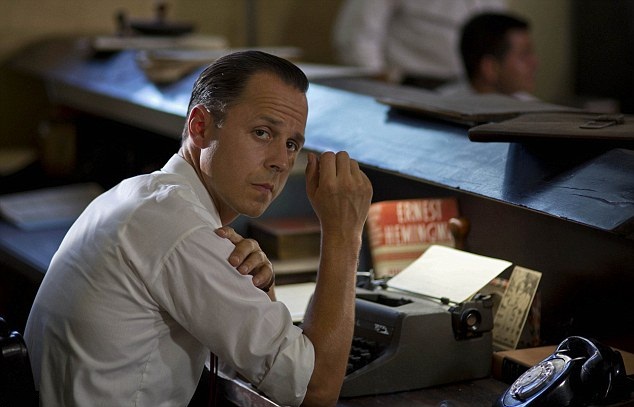 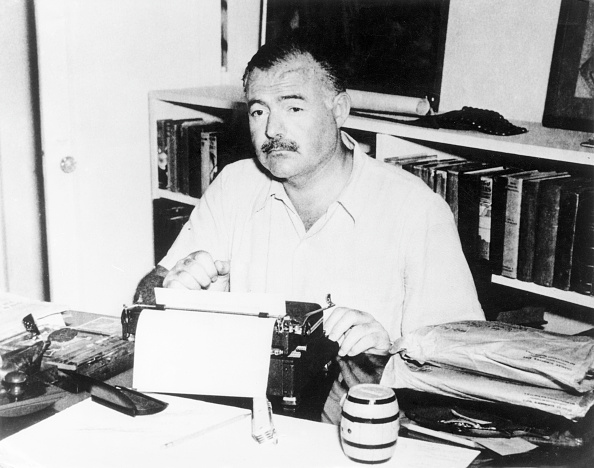 Verongos says the movie is "more artifact than art". " ... it bristles with authentic detail, down to the very typewriter Hemingway used" [Wrong!]. "Ultimately, however, [it]  goes soft at its centre. Sparks, white-bearded and bearish in the title role, lacks the dynamism and bombast we expect."
Another reviewer, Steven Rea in the Inquirer, calls the movie "A clumsy, cursory affair." "Maybe the best reason to see Papa: Hemingway in Cuba is to catch a glimpse of the real Finca Vigía". "The typewriter that ... Sparks ... uses in the movie, director Bob Yari has said, is the very same machine that the great American novelist pounded on." [Wrong again!] 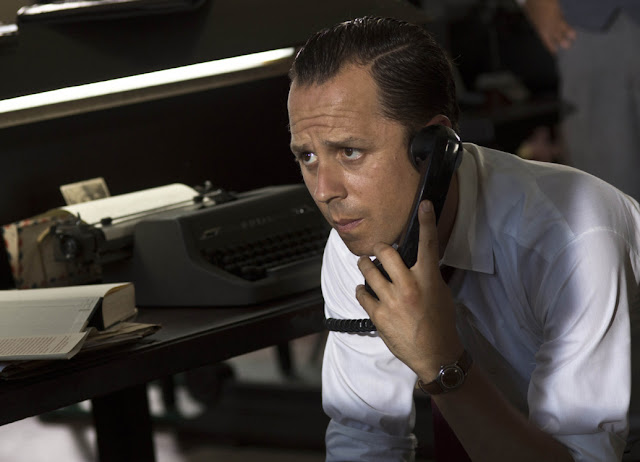 The movie sounds wretched. Good for you for setting the facts straight on the typewriter!