The Other 1868 Danish Writing Machine

The New York Times, March 13, 1924.
The professor at the Poly Teknisk Læreanstalt at Sølvtorvet in Copenhagen
was in fact called Hannover - he wasn't in Hanover.
My daughter-in-law Emily Hansen-Messenger is rightly very proud of her Danish heritage and takes a genuine interest in my typewriter obsession. So to mark her birthday last week I went looking for something a bit different that connected Denmark with typewriters. To my considerable surprise, I found that in 1924 at least two US newspapers declared a Dane to be the true inventor of the typewriter, a Copenhagen city official and teacher called Jacob Ahrend Peters. 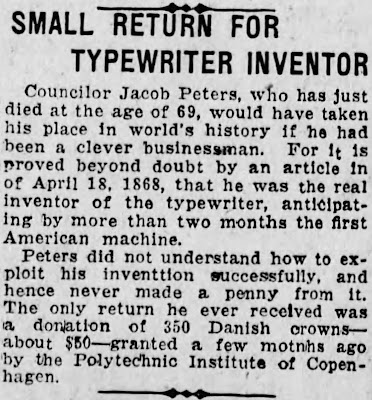 Scranton Republican, May 8, 1924. Peters was born in 1835, so he was 89 when he died.
As far back as Ernst Martin, typewriter historians were, with good reason, unconvinced by these claims. Martin wrote that Peters "allegedly" designed a typewriter between 1862-64. "The machine had apparently [a] kick lever in the manner of the later [Hansen] writing ball."

Jacob Ahrend Peters (born Sankt Nicolai, Schleswig, 1835; died Copenhagen 1924)
Naturally, the Peters machine has been of great interest to Hansen writing ball researchers, the more so because the bearer of the 1924 "news", Poly Teknisk Læreanstalt, Sølvtorvet (Copenhagen) professor Harald Immanuel Hannover (1861-1937), was initially of the opinion that Rasmus Malling-Hansen (1835-90) had more or less plagiarised Peters' invention. 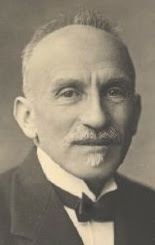 Teller of false tales: Hannover
Hansen's daughters, Johanne Elisabeth Agerskov (1873-1946) and Engelke Marie Wiberg (1868-1949), had already taken up the cudgels on their father's behalf by the time Ernst Martin got to the story - and with ultimate success.  The item which appeared in The New York Times in 1924 was lifted from an article Hannover had had published a day earlier (March 12) in Berlingske Tidende, a Danish national daily. 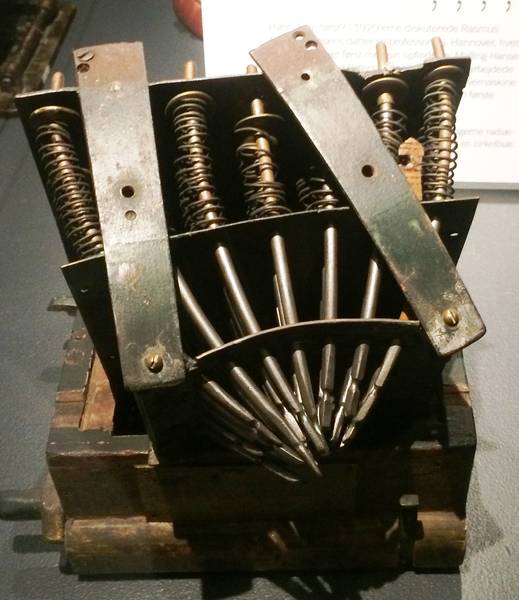 Hannover’s institution had been given what remained of Peters' prototype by a relative of Peters, who died on March 11, 1924, soon after Hannover had interviewed him. In 1925 Agerskov corrected Hannover's misconceptions in a book called Hvem var Skrivekuglens Opfinder? En Polemik og en Redegørelse (“Who Was the Inventor of the Writing Ball?: A Polemic and a Statement”).
Martin dated Peters' machine to 1862-64, possibly based on what Hannover had written, but the patent wasn't applied for until April 18, 1868 (and issued in 1870, according to Michael Adler) and the new prototype appeared in 1872. Hansen started work on his writing ball in 1865 (according to Adler) and it was in production by 1870. 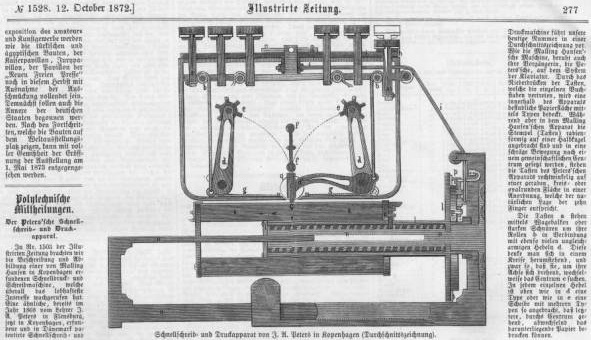 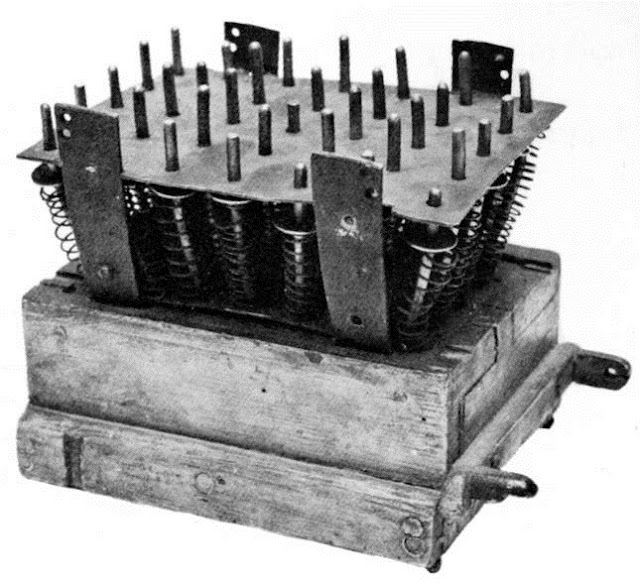 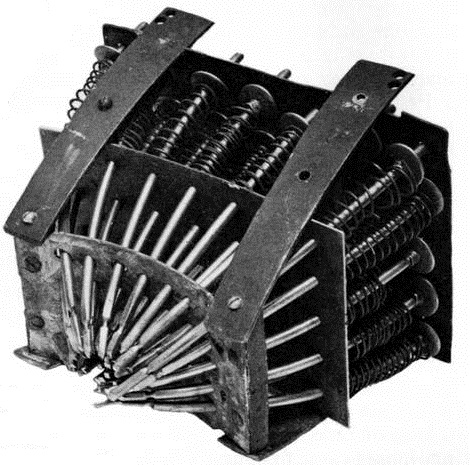 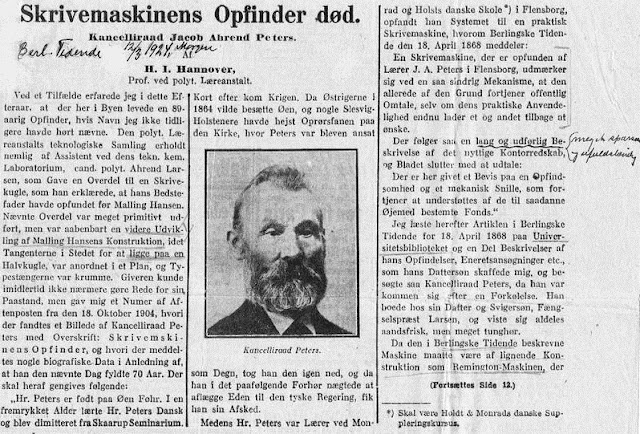 http://www.malling-hansen.org/the-writing-ball/the-controversy-in-1925.html
Posted by Robert Messenger at 17:16

It's a pity the Danes couldn't put together a company to rival Halda-Facit - who I think I read somewhere (could have been on your blog Robert) merged with or took over a Norwegian typewriter company?