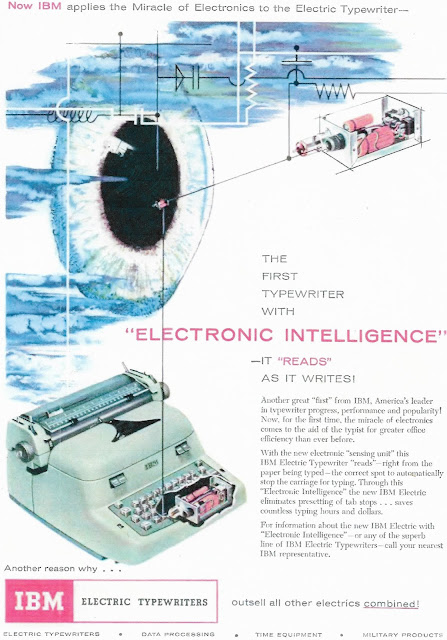 Artificial intelligence and typewriters? Well, not quite, but "electronic intelligence" was added to the IBM electric in 1956 - at least for tabulation. IBM called it "The first electronic typewriter". "[It] 'reads' business forms and does all the tabulation setting for the typist electronically," the company announced on September 14, 1956 - the same year that the field of AI research was born in a workshop at Dartmouth College.
IBM president Thomas J. Watson proudly exhibited the electronic typewriter at IBM's New York headquarters, as part of what he described as "the greatest new product day in the history of IBM and, I believe, in the history of the office equipment industry."
Watson added that the new electronic tab setter on the IBM electric typewriter will be "a tremendous time and work saver to every typist who works with prepared business forms and documents."
The company explained, "An electronic 'reading' device has been added to the IBM electric typewriter so that typists will no longer have to set tabulating stops while filling in the hundreds of different varieties of forms that are used every day in a business office. Business forms will be printed with vertical lines of electrically-conductive ink associated with each blank fill-in area for which the typist would normally set the tab. These lines, in effect, program the typewriter. No matter what variety of form the typist rolls into the machine, the tabs will be automatically set. All the typist need do is operate the tab key, and the machine, 'reading' the lines on the form, will position the carriage before the next fill-in area."
The sales manager of IBM's Electric Typewriter Division, Henry W. Reis Jr, said "this historic application of electronics to office machines opens many dramatic possibilities. This marriage of electronics to the typewriter promises to be a most fruitful one. Since IBM introduced the first electric typewriter to the business world 23 years ago, many advances have been made in all phases of typewriter engineering, but they are merely mileposts along the road to making the origination of letters and documents easier and faster. Our endowing the typewriter with an 'electronic intelligence' is just one of the many strides we will make as we continue to incorporate scientific developments into the typewriter of the future."
The cost of the machine? A very steep $520 ($4783 in today's money).
The advertisement at the top of this post appeared in The New Yorker on November 3, 1956. The day before, a 30-page supplement called "Open House Edition" was published in The Kingston Daily Freeman, marking IBM's arrival in Kingston, Ulster County, New York's first capital, 91 miles north of New York City. The supplement included this article: 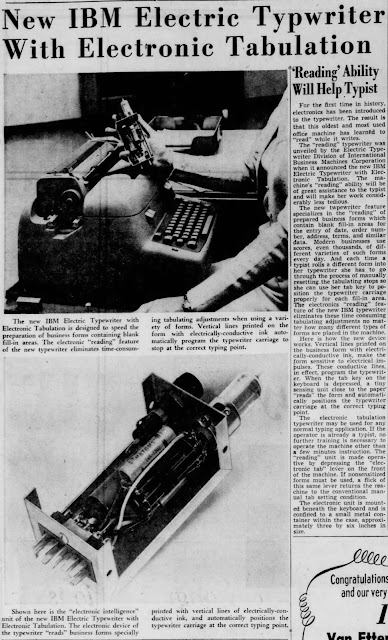 The man largely responsible for the invention was Thurston Homer Toeppen, a University of Michigan graduate who been appointed technical assistant at the IBM electric typewriter engineering laboratory in Poughkeepsie the previous year. Toeppen was born in Chicago on October 11, 1915, and spent time in California before graduating from Michigan in 1938. He moved to New York to be assistant manager of a printing company but later became an inventor and mechanical designer. He joined IBM in 1954 and had a large number of typewriter patents to his name. Toeppen later went to work for Friden Inc in Rochester, again on typewriters. He moved to Tucson in 1997 and died at the hospice Casa de la Luz, on September 25, 2007, aged 91. 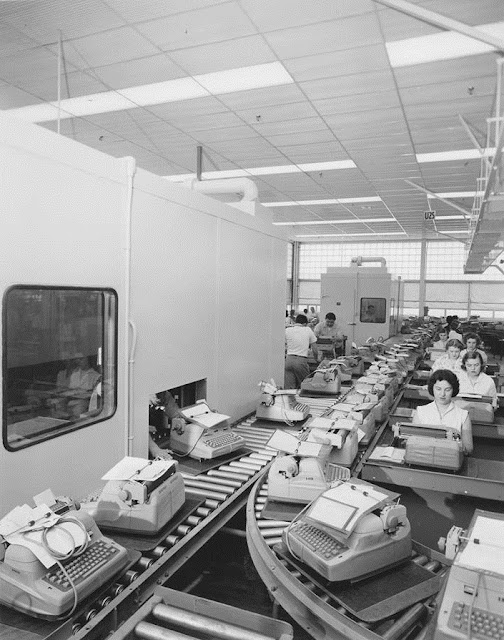 The man in charge of the IBM Selectric development 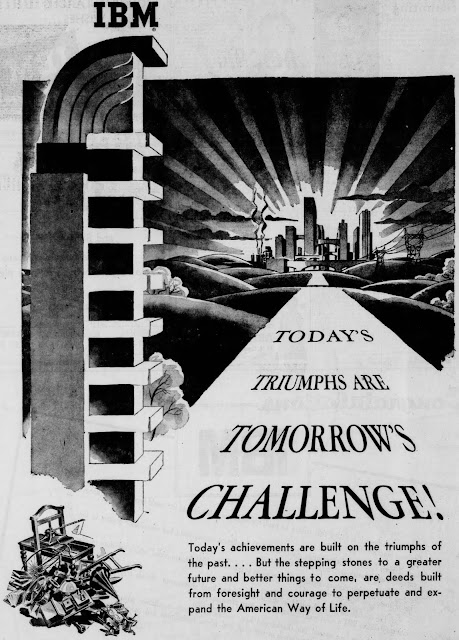 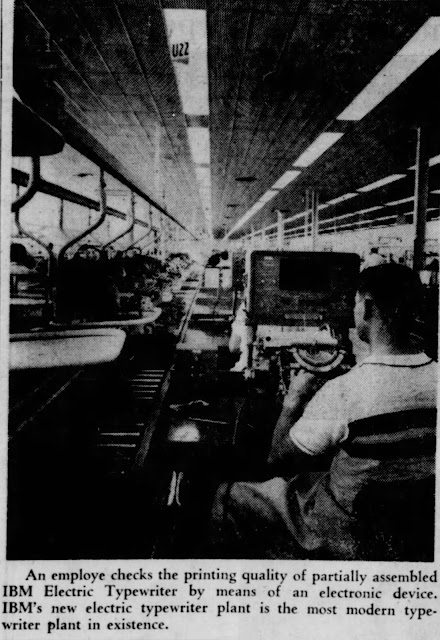 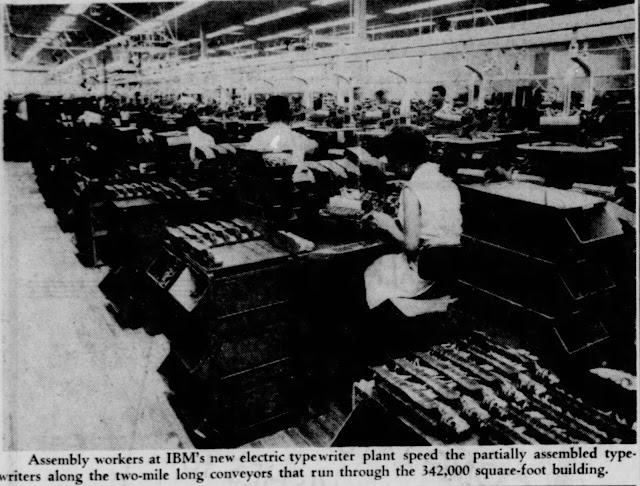 First time I heard of this typewriter. As I saw the start of the post I thought maybe IBM had perfected an optical sensor that was reliable enough to read vertical lines on any document/form. As it turned out it read the special ink that was probably only available on blank forms sold by IBM.

It sure seems like a lot of trouble just to make tabulation a bit easier! Thanks for this intriguing story.