Aladdin’s Cave of Typewriters in Canberra 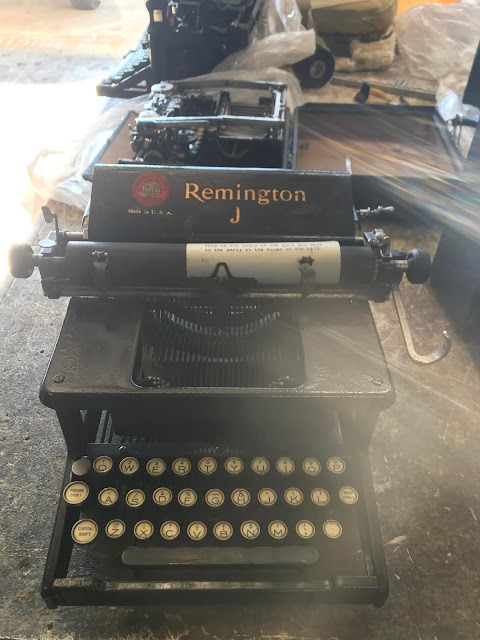 The Remington J (export version of a Junior) was sold briefly in Australia in 1918. They were priced at £14, compared to £24 for a new standard visible Remington, but quickly became a rarity here. In 1925, a second-hand if rarely used Remington J could still fetch £12.
Many and many's the time I have dreamt of discovering an Aladdin’s Cave of typewriters. Of someone calling me up and saying, "We've got a store of old typewriters just sitting here, carefully packed away, waiting for you to come and have a look at them."
Yesterday that fantasy came true, and it turns out the much dreamt-of treasure trove is right here in Canberra. Indeed, one of the many things which astonished me about the whole experience of finding it is that the collection is on a street I have often wandered down, without ever sensing the slightest inkling of a suspicion that so many typewriters were kept there, and all in such great condition. Most amazing of all, however, is that I walked out of that place, an hour after finding it, without so much as taking possession of a single machine. Tested but left behind were immaculate Corona 3s and 4s (the keytops on one 4 were blinding!), Underwood standards of four different generations, Remington portables and 10s and 12s and an utterly mind-boggling Remington Vertical Adder Model 122, Gromas and Torpedos (Blue Birds), and a fully functional Remington J (for Junior). And that's listing just a few that I took out of their cases or wrapping. 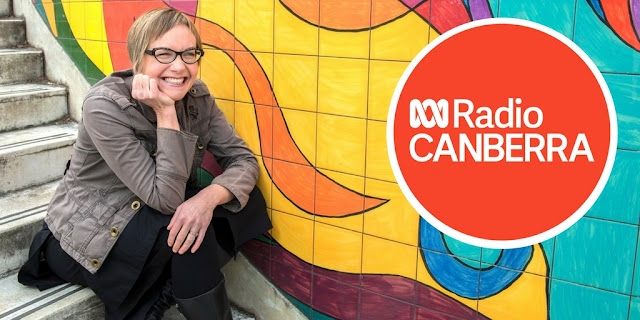 This incredible story began on World Typewriter Day, three weeks ago, when I was asked to go into the Australian Broadcasting Corporation studios on Wakefield Street and talk about typewriters with afternoon chat show host Lish Fejer (above). The interview went very well, and after half-an-hour of typewriter-related banter, producer Laura Dawes handed me a handwritten note. Someone had called during the on-air conversation, saying he had "some old typewriters" and leaving a name (let's call him "John") and phone number. Of course, this is what always happens whenever I go on air to talk about typewriters, so nothing unusual in that. And in most cases, I end up owning some "new" old typewriters. But because of the more serious things going on in my life right now, it took me until this week to get around to calling "John" back. I was intrigued by what he told me about these typewriters, and made a time for the following day to go and have a look at them. But I still had no idea what to expect. Experience over the past decade or so has taught me never to expect too much. 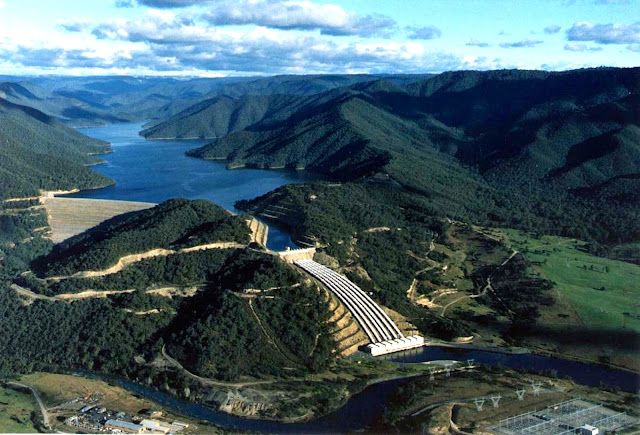 When I eventually found the long, narrow off-road laneway which led to the entrance of John's Aladdin's Cave of typewriters, the first thing I saw (and heard) was two men bending forward over the carriage of an immaculate Underwood 5, looking at a message typed on to a card in the platen. John was reading the words to his son, "This is the story of the girl who went to the party at the house on the hill". The lines had been typed by John's Czech-born father ("He always tested a typewriter by typing those words"), who at one time had been the sole typewriter technician servicing machines at the $6 billion Snowy Mountains Scheme. This project was started in October 1949 and its chief engineer, New Zealand-born William Hudson, was instructed to seek workers from overseas. He employed men from 32 mostly European countries, brought to Australia under assisted migration schemes. The influx had a significant effect on the overall population and cultural mix of Australia. One hundred thousand people worked on the scheme, many coming from Germany, Greece, Italy, Poland, Yugoslavia, Norway, Ireland and Britain. And, as has been clearly evident in the Australian Capital Territory in the past 12 years or so, many of these people brought their typewriters with them. 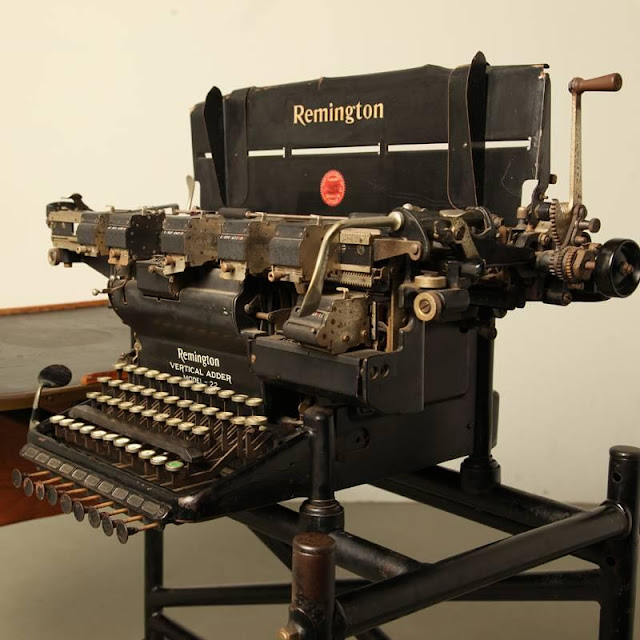 A model 22. The one in the collection is a 122 in even better shape.
John's father worked on the typewriters of Hudson's Snowy Mountains Hydroelectric Authority and serviced the typewriters, mostly European-bought portables, brought here by migrant workers. When the scheme was completed in 1974, and the workers started to disperse, John's dad acquired many of the machines used by the authority. As a typewriter dealer, he had already amassed many old machines, which he had accepted as trade-ins on new typewriters. Thus, after 25 years in the business, John's dad was left with a collection of machines dating from the turn of the century to the mid-1970s, some of the 70s machines still unused and unsold (and still in the collection). John's dad had used his expertise to carefully service and in some cases fully restore many of the older typewriters he owned. Then, sadly, he passed away. 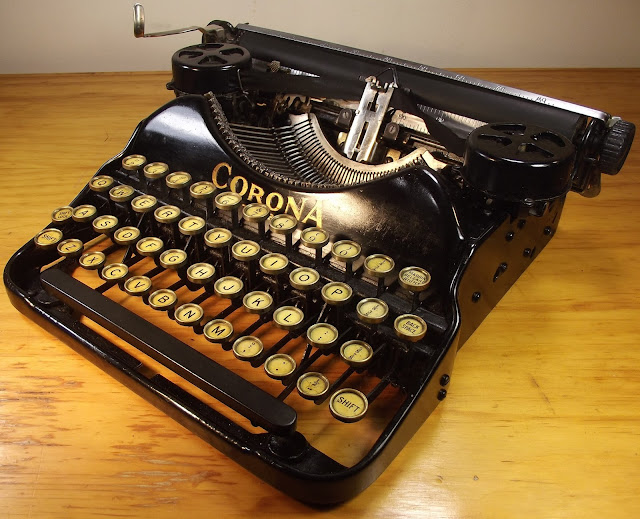 My own Corona 4
So, 40 years ago, two of John's sons where left with the problem of what to do with hundreds of typewriters. The bulk of them were simply dumped, many of them IBM Selectrics. One in particular went to the local museum, but soon disappeared from there, souvenired by someone who knew its worth. But the sons had worked with their dad and had some idea of the value of what was in the collection. They kept about 30 of the machines, and carefully stored them under plastic or in their cases in Canberra. And there they have stayed for four decades, untouched until my visit yesterday.
This story is not yet finished. I will post on further developments. But in the meantime, maybe you'd like to try to imagine what this storeroom looks like, what an Aladdin's Cave of old typewriters materialises into, when it turns from a fantasy into reality. One word to help you on your way ... WOW!!!
Posted by Robert Messenger at 15:41

What a great find! I can't wait for the rest of the story.

Nice trove! I hope you're able to help the brothers find good homes for them (:

An exciting development! I look forward to more information. And I hope that you'll finally get a nice Underwood no. 5 out of this.

Looking forward to more of the story! I used a fully restored Corona 4 a few months ago, and it was a revelation.