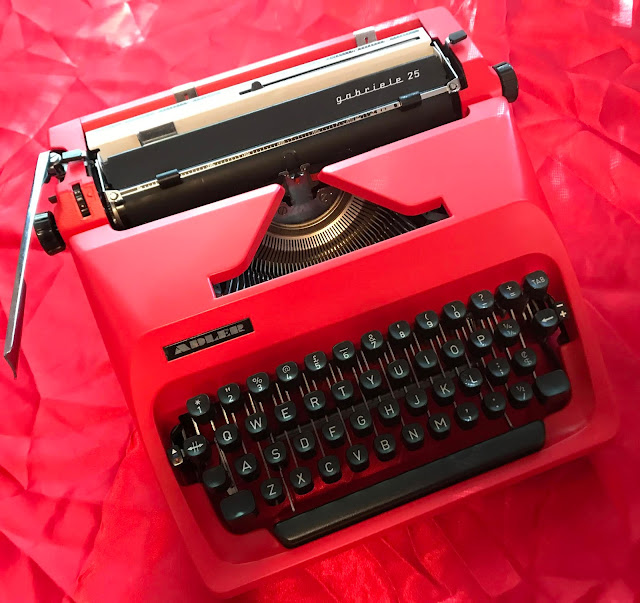 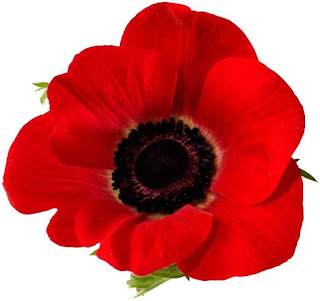 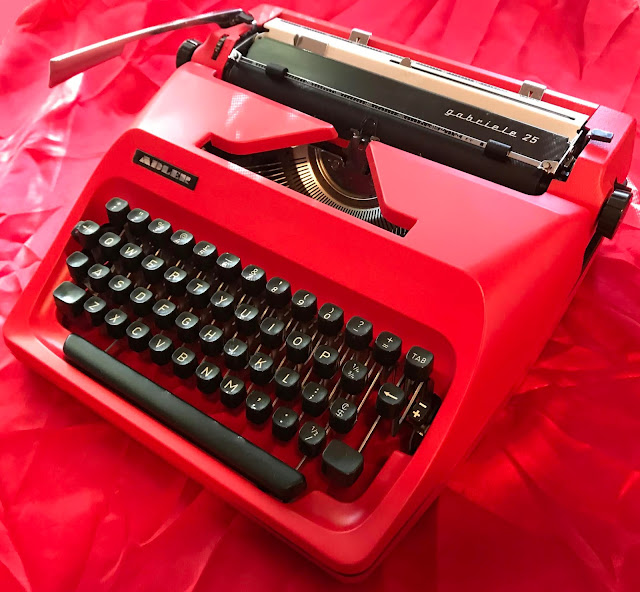 Had an urge to keep my hand in by giving a typewriter a new, brighter life. This Adler Gabriele 25, given to me earlier in the year by a lady in the bush, was in very good working condition, but had a quite drab sort of non-colour. I thought a paint called "Poppy-Red" would do the trick, and it did. Maybe I should hold on to this one for next Anzac Day. Unless it becomes a "must-have" for someone in the meantime. It looks equally great on red silk or matching poppy-red wool. 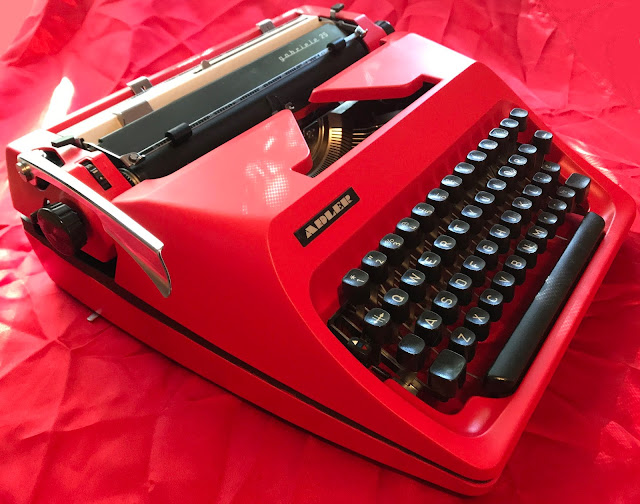 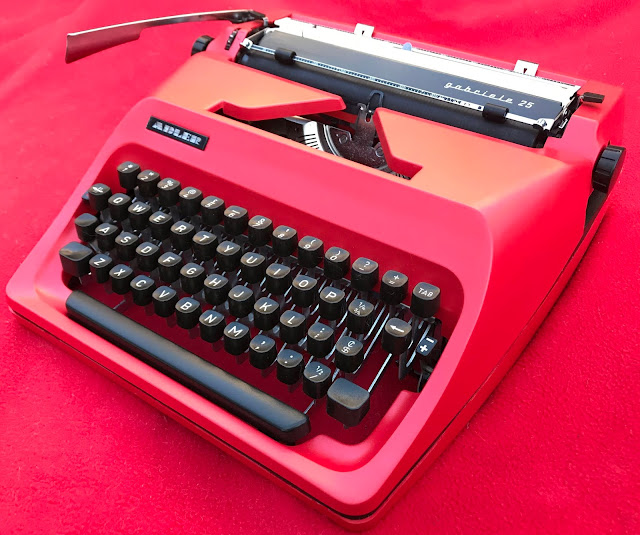 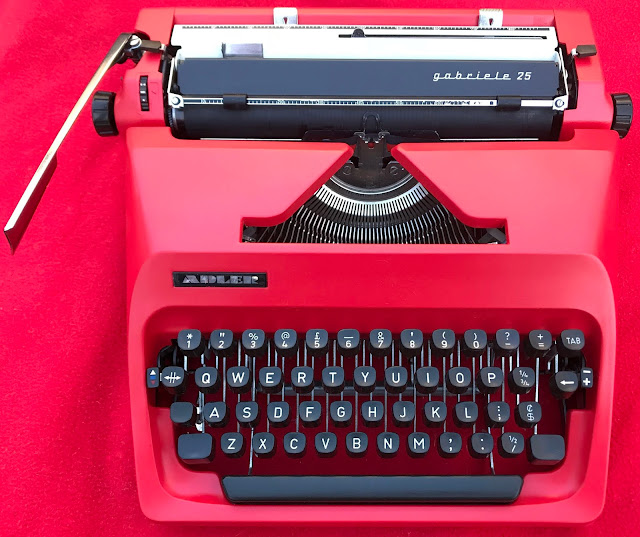 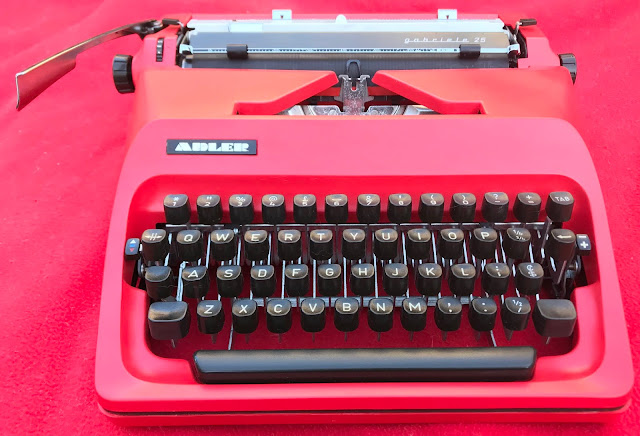 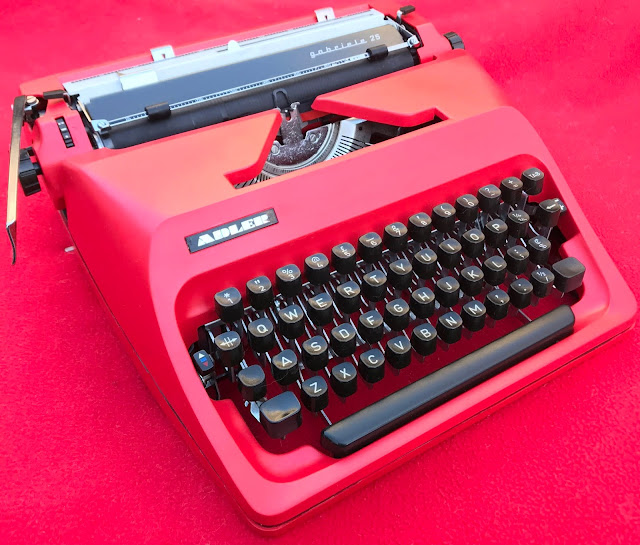 Many old plastic body typewriters that were a nice white or tan have discolored over the years and your idea of painting one is just what some of mine need. Now if I had the time to put your idea to work on some of my typewriters.

That is a great-looking color on that adler. I'm surprised they didn't cast those bodies in more interesting colors than "not quite whitish-ivory". :D

I got a little bit excited at your Adler as it looks a lot like my lovely Adler Contessa (in 1970s burnt orange) which I bought using my savings as a 13 year old. When my children were younger, they were very excited to realise she didn't need electricity!